Ben Barnes on Being the King and Villains in Westworld 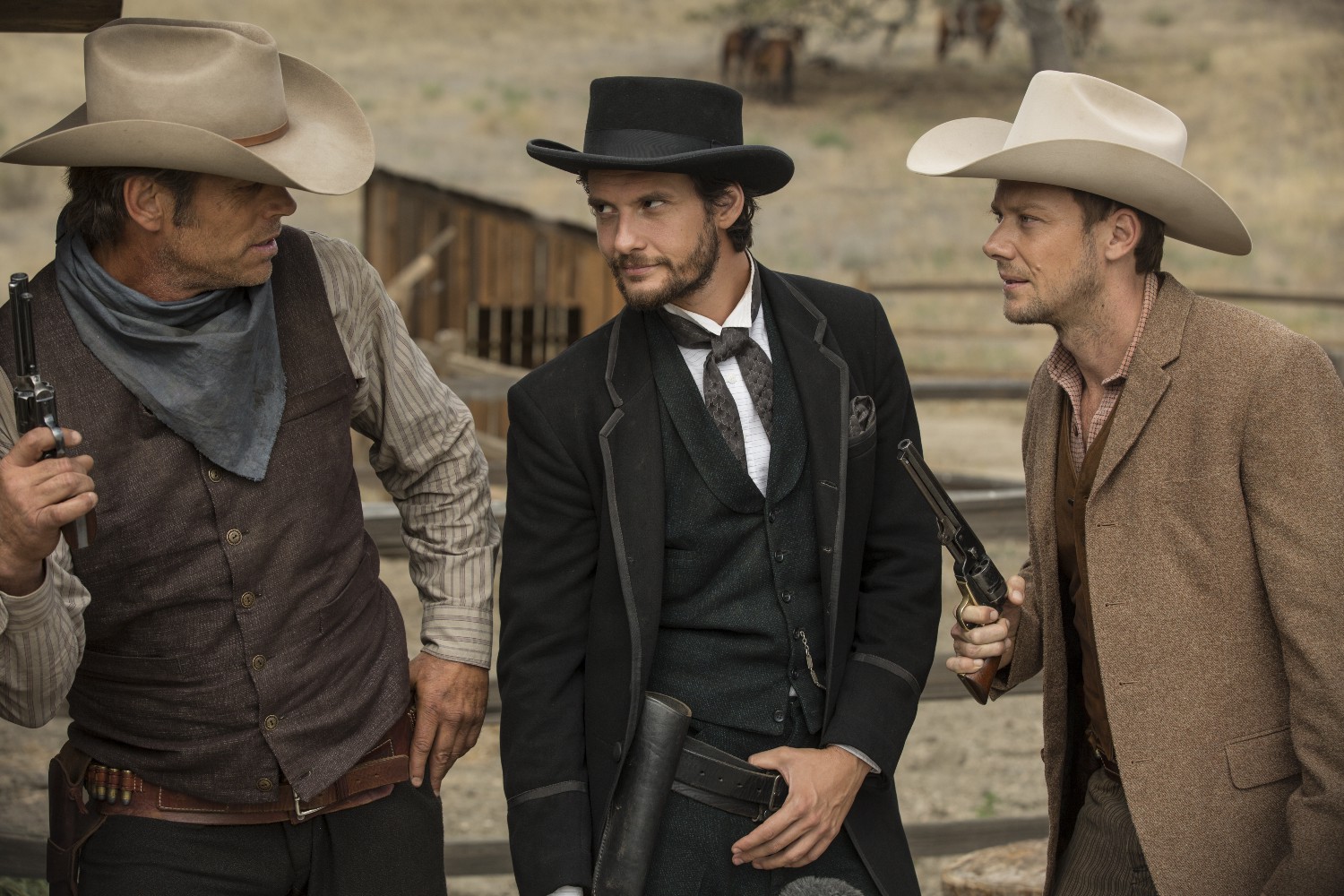 It was a surprising episode for Logan this past week on Westworld. On Tuesday, actor Ben Barnes took part in a Facebook Live Q&A to field questions from fans and discuss the twists and turns of “The Well-Tempered Clavier.”

Fair warning: the Q&A covers material up through the most recent episode. If you’re behind on your Westworld viewing, skip this one – Barnes is liberal with spoilers!

In the Q&A, the actor addresses the similarities and differences between himself and his character, an obnoxious young businessman. Barnes cites empathy as one of his defining characteristics, something that Logan certainly lacks. He sees his character as being motivated by factors including family, money, power, and, of course, ego. But Barnes does express admiration for one of Logan’s traits:

“In a way, Logan is maybe one of the only honest characters in the show, because he doesn’t ever lie. He just sort of calls it how he sees it.”

The actor provided an unexpected response to a fan’s question about the most challenging part of filming Westworld. Apparently, it was… walking. And it turns out that his biggest challenge began before he ever arrived on the set.

According to Barnes, he broke his foot running down the stairs to catch a taxi on his way to the airport, just before he was set to begin work on the show. He then tried to hide the injury because he was afraid he’d lose the job. Barnes claims you could see him “hobbling along with this cowboyish limp” during his first day of shooting. He says, “I’m sort of hobbling along with this kind of cowboy-ish limp, which I then tried to maintain for the next year just so I could pretend it was a character choice. But really I had a very purple foot… so walking was the hardest part of shooting this for me.”

As for the question of whether there are villains in Westworld, Barnes is more philosophical, considering the characters to be protagonists and antagonists of the show instead. He reflects, “Everyone is the protagonist of their own story. That’s part of what this show is about. It’s a bit like a videogame. As far as I’m concerned, Logan is the hero of this game. I’ve gone to Westworld to play my version of this game, and I’m gonna win, and it’s as simple as that.” More practically, he acknowledges that Logan has become a bit of an antagonist to Jimmi Simpson‘s William, and that characters like Ed Harris‘s Man in Black and Anthony Hopkins‘s Dr. Robert Ford are also taking on that role. But he reiterates, “There are no heroes or villains – it’s just a big game.”

Barnes revealed a very specific inspiration for his character when asked: “He seems like a more foul-mouthed version of Lord Henry Wotton from Dorian Gray, out to push all the corruption buttons.” (Incidentally, Barnes starred in the 2009 film version of Dorian Gray, which saw Colin Firth in the role of Wotton.) Primarily, though, the actor cites the writing of executive producers Jonathan Nolan and Lisa Joy as his inspiration, with the creators referring to Logan as the id to William’s superego.

Yep, Ben Barnes saw it, too.

One final highlight that will particularly thrill people who love both Game of Thrones and Westworld: viewers have noticed that the pin that Logan wears in episode nine resembles a pin often seen on their fellow HBO show, and it turns out Barnes has noticed this, as well.

In “The Well-Tempered Clavier,” Logan has a good turn of luck, and we see him with the new pin on his coat. “Logan’s on top for about 10 minutes. It’s good to be the king,” Barnes says in the Facebook Live Q&A. “Or the Hand of the King. I noticed a lot of people noticed that the pendant that I steal from one of the Confederados looks a little bit like the Hand of the King badge, which I thought at the time. And I thought, ‘I bet someone on the internet will notice that this looks a bit like the Hand of the King.’ It wasn’t intentional in any way. But I think it’s really fun, and I have noticed a few people on the internet sort of checking that. So that’s really fun.”

Ben Barnes covers quite a few more Westworld questions in his Q&A, so check out the complete Facebook Live video!