One of Westworld‘s strongest assets throughout the first season was its look – a well-thought-out visual equation creating the intoxicating, and occasionally alarming, world of Delos Destinations and its theme park. A valuable piece of that equation was the costuming, from the western duds of hosts to the sleek styling of programmers. This week, Observer unlocks the secrets of Westworld‘s costumes as they speak with the show’s costume designer, Ane Crabtree.

Crabtree took over costuming after Westworld‘s pilot episode, coming aboard with episode 102, “Chestnut.” She shares the credit in designing Dolores Abernathy’s (Evan Rachel Wood) iconic looks in season one: Dolores’s signature blue dress was created by Trish Summerville, the pilot’s costume designer, while Dolores’s gunslinging shirt-and-trousers outfit was created by Crabtree. However, even that famous blue dress is not quite the same after the first episode. Crabtree explains to Observer that the dress seen in “The Original” is not the same one in later episodes; the costume designer had to recreate it with entirely new fabric after the original fabric was unavailable.

There were other challenges involved in taking on Westworld. The designer herself wasn’t always in on the many secrets of the show, but creators Lisa Joy and Jonathan Nolan decided she had to be let in on the characters’ full stories eventually in order to do her job. “There was just this moment where they called myself and two of their people into a room – well, Lisa did – and she just said, ‘Okay, I talked with Jonah, and we have to let you in on some of the stories and some of the secrets because you have to design.’ We couldn’t take any notes – it was all verbal. We couldn’t tell our team, we couldn’t tell the actors. So that was a very Zen way of working. I didn’t know everything, but I knew a lot.”

When it comes to her other season one creations, Crabtree has especially strong feelings about her work on the Samuraiworld men who appeared in the season finale, “The Bicameral Mind.”

“I can tell you that my mouth dropped open when Jonah and Lisa said ‘samurai.’ My mom is Okinawan, and we have samurai roots within that, and so that’s pretty stinking cool,” Crabtree tells Observer. “It was really hard, as anything with armor can be, and there’s this high pressure to get it right, obviously. What was beautiful was the energy of being surrounded by Japanese people, and also there were actors playing the samurai that were actually samurai heritage, as well. So that was this beautiful, kind of sacred moment right before they went on screen. I don’t want to sound stupid because it is TV, but there are moments where you’re like, “Oh, dear God – this is my life,’ and I hope that my grandmother and grandfather are watching from heaven. It’s pretty cool, and it has never happened to me before in 25 years.”

Another memorable highlight from filming for Crabtree was working on the finale with Anthony Hopkins, leading up Dr. Robert Ford’s final moments at the party. 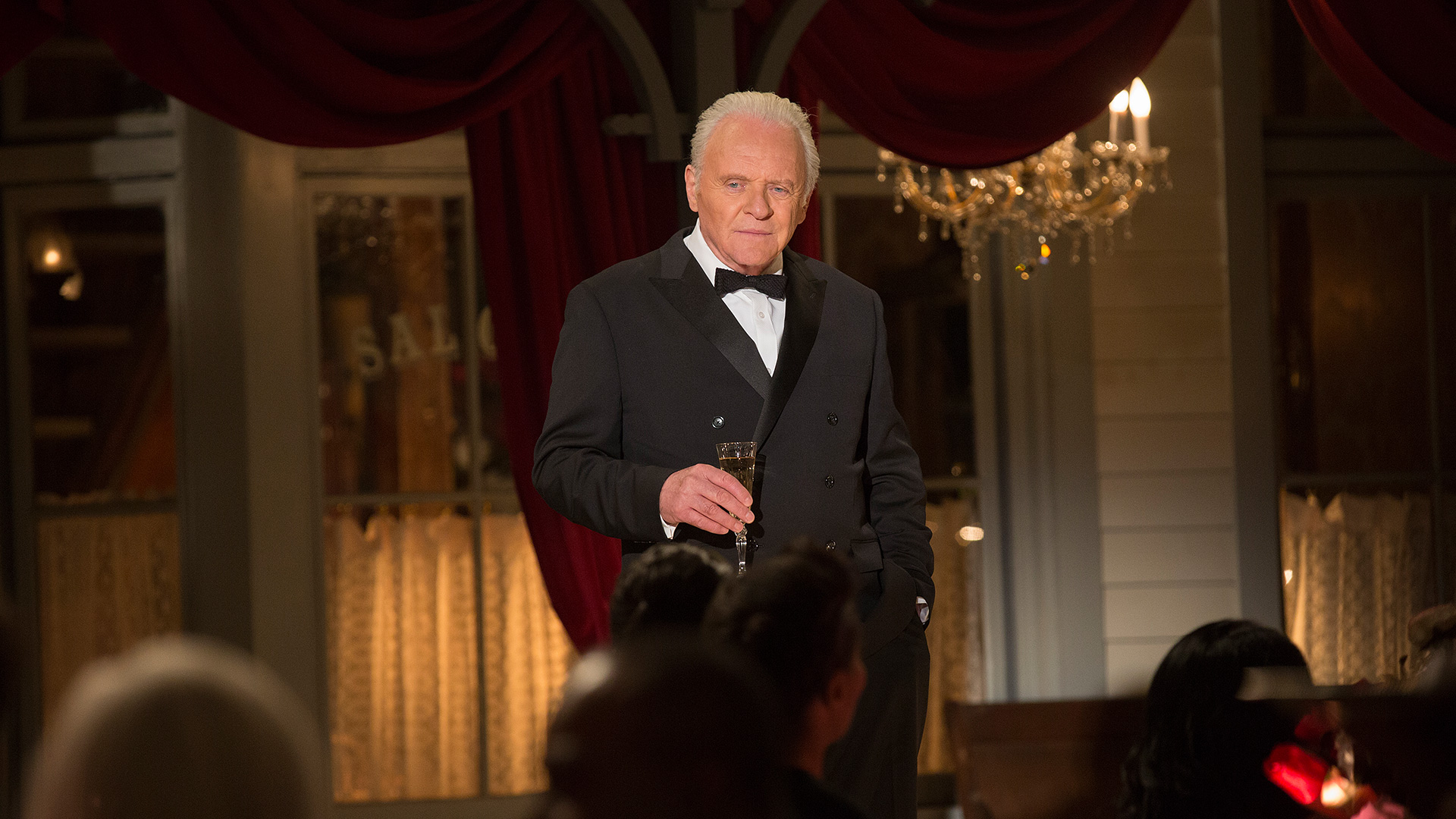 “I would see him every day and we would have these epic, beautiful, artistic conversations. But that day, his room wasn’t ready, and I was so nervous because I was going to have to be with Anthony for a few hours. It’s so dumb, because I spent the year with him already, but I was so ‘how will I keep up the conversation?’ It was one of the most beautiful, singular moments in my whole life that we just sat and had cheese and tea and we talked about his life. And he probably knew that I was so fucking scared and nervous. It was really lovely, and there is never time for that when you are on set. It was an amazing fitting, and a more amazing conversation, and then it led to this beautiful scene.”

The designer has much more to say about her work on Westworld and the cast’s costumes for season one, so visit Observer for the complete interview!