Every time you thought you figured it out, Westworld did you one better 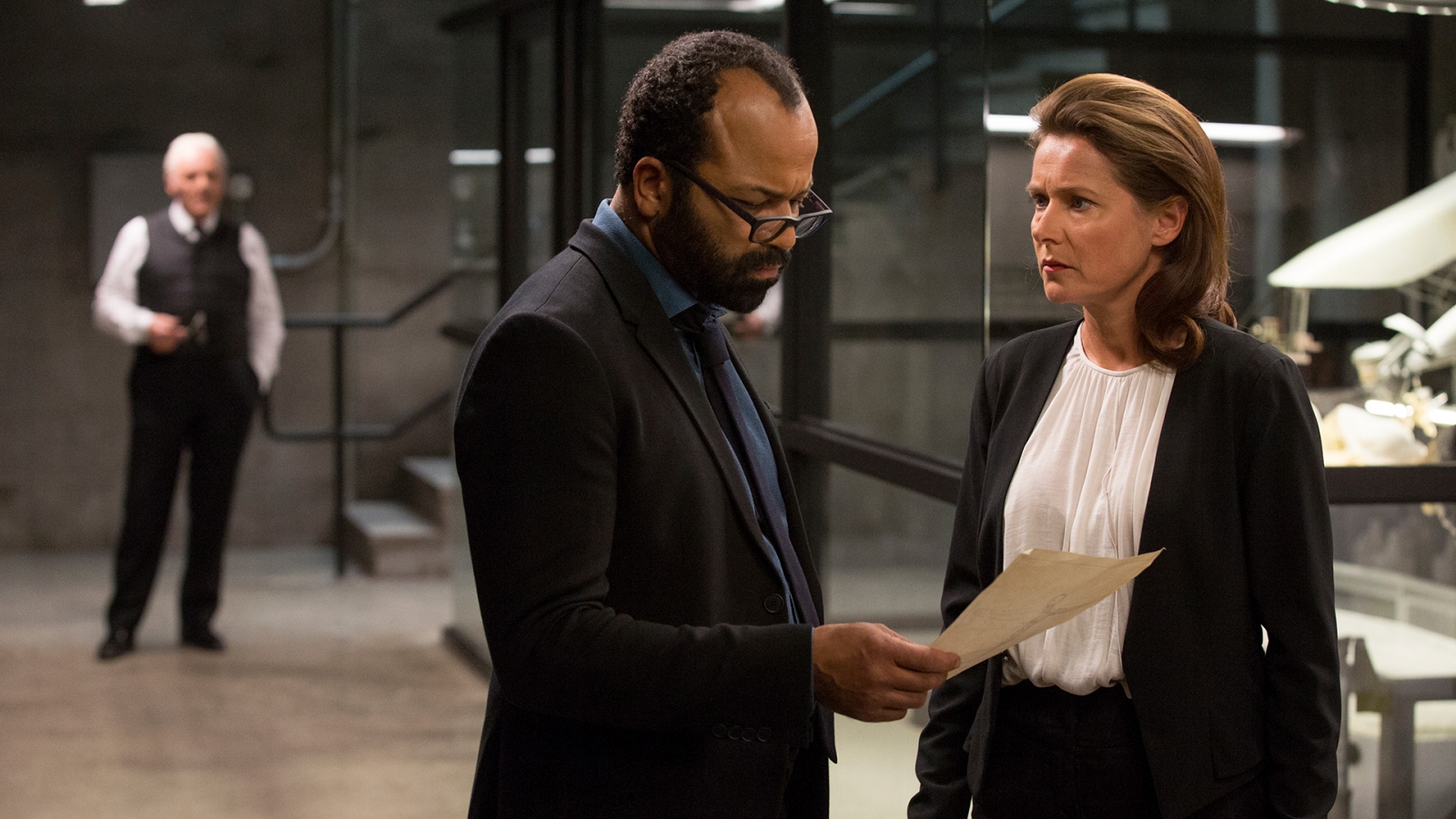 According to a thorough (light skim) of the internet, and extensive research into Reddit comment boards (my Facebook newsfeed), often the most-hyped moments for fans of TV today turn out to be their biggest letdown. It seems that spoiler culture has run away with so much of the fun fans used to have as they would look forward to each new episode of their favorite program.

In a well-argued piece on TVGuide, Tim Surette masterfully identifies what makes Westworld stand out from the crowd:

There’s currently a debate going on about whether viewers who race to figure things out before the show can reveal them are watching TV the right way and if they’re spoiling the experience for everyone else. And the fact that Reddit nailed just about every reveal starting with Westworld‘s seventh episode (when Bernard was shown to be a robotic “host” all along) well before the series had a chance to show us almost became more logs on the fire for the “you’re watching TV wrong” side of the debate. I’m not here to make a case for either side. But here’s the thing: those episodes of Westworld were still great – even though many of us knew what was coming – because Westworld has figured out how to manage twists and secrets where other shows have not.

And Surette’s right. Spoilers abound on the internet in every format imaginable these days, and gone is the watercooler culture of olde. According to Dictionary.com, “Watercooler TV” originated around 1999-2001, right around the time a little show by the name of The Sopranos was catching on, so that every other conversation on a Monday morning involved a “Did you see when Tony did…?” moment. While I would later catch up on Sopranos (this year, in fact), my TV thinkpieces of 1999 consisted mostly of arguing with my fellow 4th graders which Rugrat we liked the most, and fervently asking “Did you see Kenan and Kel this weekend?”

But what Westworld has done, as Surette argues decisively and well, is push through, amidst the noise, and one-upped every theory with a gasp-worthy moment of its own. Bernard Lowe’s (Jeffrey Wright) a robot, just like you correctly predicted, you say? Never you mind – we’ll just have him murder Theresa Cullen (Sidse Babett Knudsen)! Predicted Bernarnold coming a mile away? Pffffffft – he’ll just be ordered to murder himself next! Westworld can’t stop the fans from theorizing around its every little nook and cranny, but it can forge its own path forward by determinedly upping the ante every time they think they knew what was coming next.

I think if Lost had come out today, we would all look at it similarly to Westworld in regards to its disdain for internet theorizing (and, to a large extent, Lost ushered in the age of the internet theory). Lost remains one of my favorite shows of all time, and series like Westworld wouldn’t exist without watercooler TV paving the way for it. Looking back on it, we can even see Westworld paying a very distant, yet nostalgic, homage to Lost by dubbing a central mysterious figure in its very own “man-in-black.” There are many more wonderful comparisons between the two shows, but that’s another article for another day.

Do you agree or disagree with TVGuide‘s verdict on the spoiler game? Share your thoughts with us in the comments.