The Real Way That Westworld Is Similar to Game of Thrones 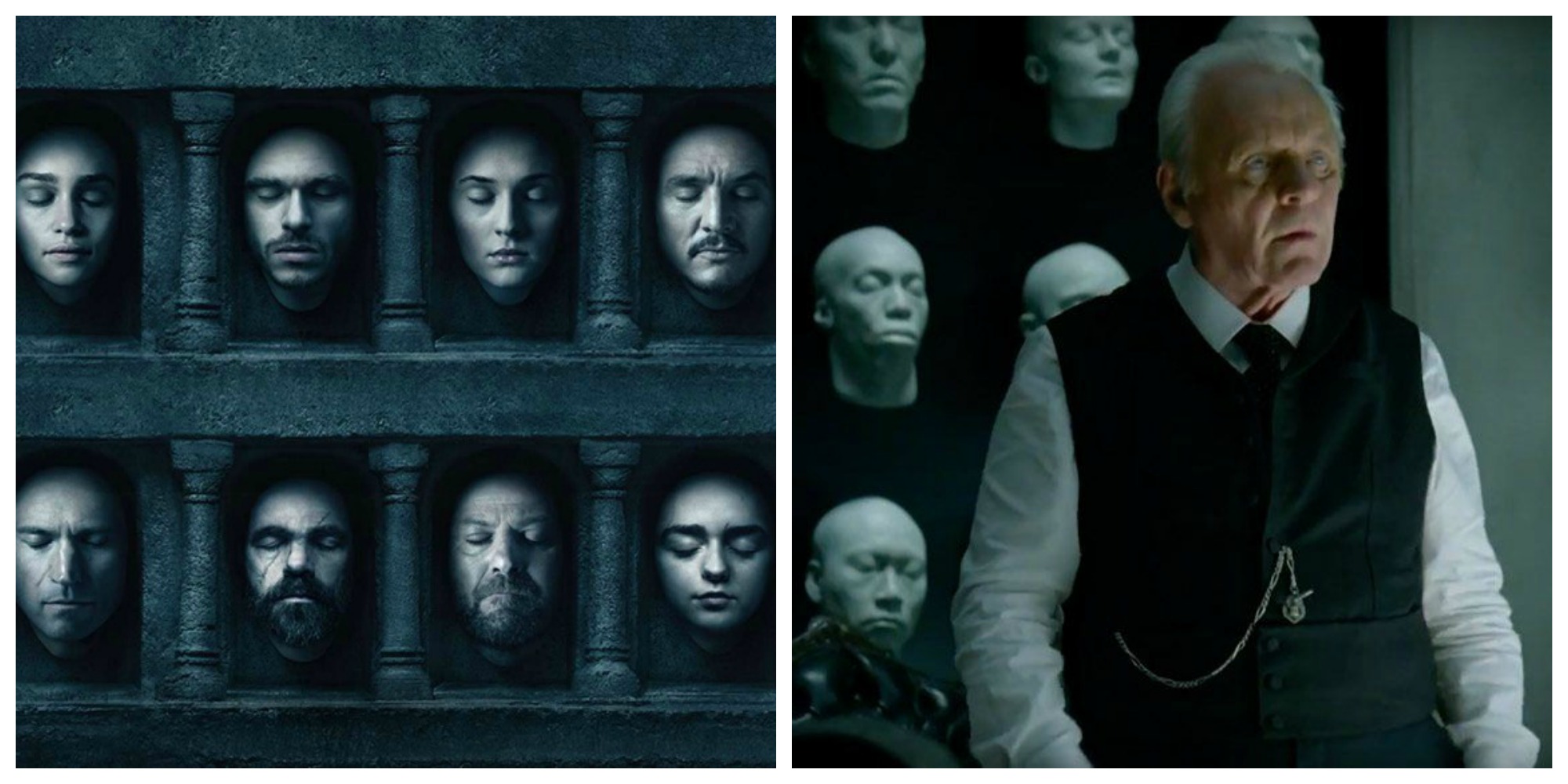 The results are, well, something of a mixed bag. While some of its points are spot-on (both series killed off their big-name stars [Sean Bean’s Lord Eddard Stark for Thrones, and Anthony Hopkins’s Dr. Robert Ford for Westworld], and both depicted season-long rebirths for their heroines [Emilia Clarke’s Daenerys Targaryen rises from the literal ashes to become the Mother of Dragons, while Evan Rachel Wood’s Dolores Abernathy emerges from figurative ashes to become a sentient leader of a revolution), some are something of a stretch (convoluted backstories that contain still-reverberating acts of violence, for instance.)

But there’s an even larger point to be made here, one that deals less with specific details and more with the entire narrative context that the publication opted to utilize for its feature: all of these similarities function more-or-less on the basis of plot (and, yes, we’re deliberately subsuming character arcs into the plot fold here for the sake of argument). The relevance of backstories or apocalyptic season finales that promise to catalyze future events are all well and good, and they are, in fact, the very building blocks of any good story well told – on television, in this instance – but they leave the far-less-delineated realm of theme and motif completely ignored.

We’d like to take THR’s fine work as a starting-off point and just quickly sketch out what we think is the true similarity between the two flagship HBO shows. 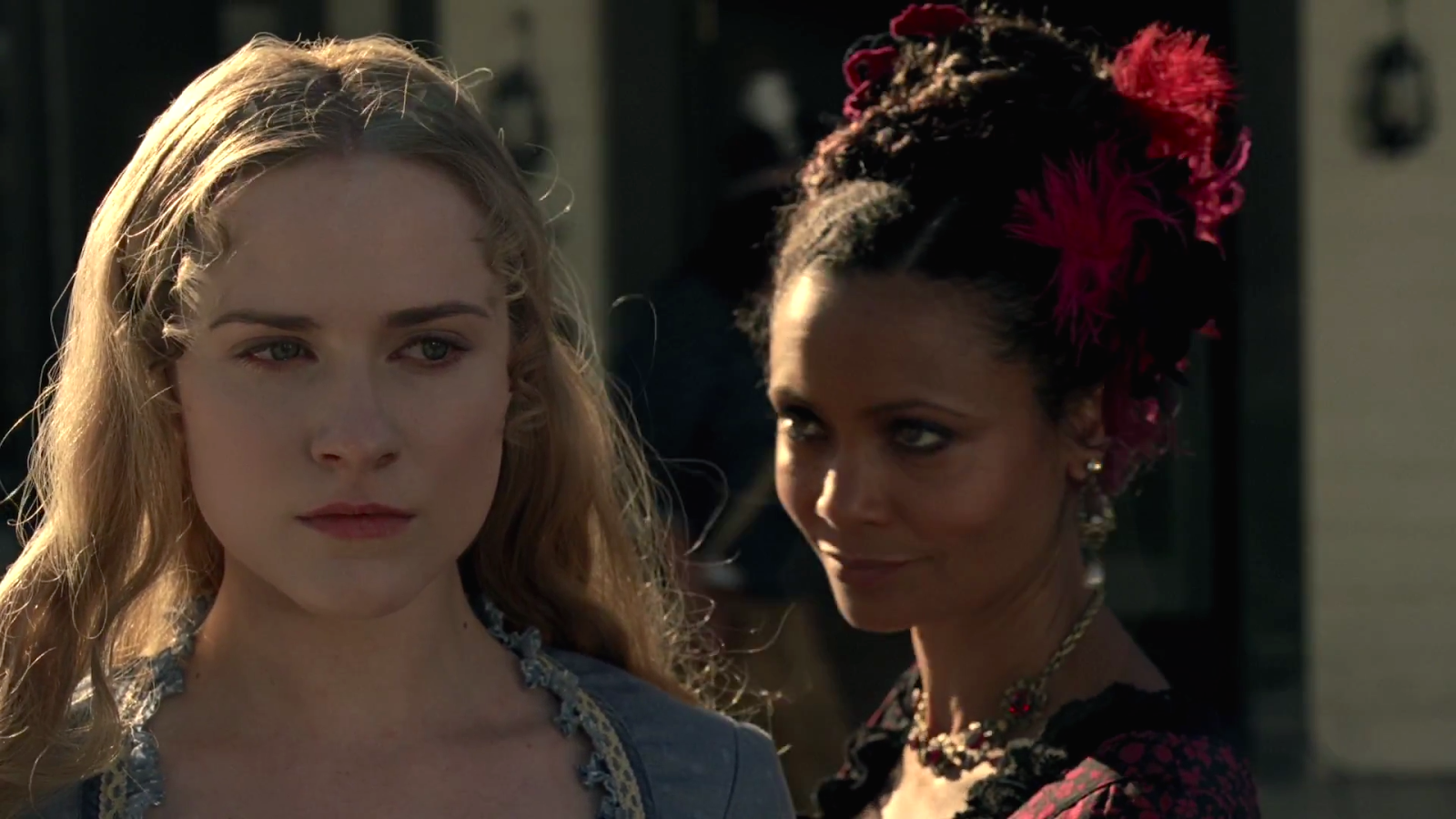 Game of Thrones has made a name for itself as a series that is almost fundamentally predicated upon championing the outsider, both literally and figuratively, even if its creator, author George R.R. Martin, typically tortures his socially-maligned characters as he does so. Bran Stark (Isaac Hempstead Wright) is crippled but has his mind opened to prophetic, shamanistic visions; Tyrion Lannister (Peter Dinklage) is a dwarf who has a propensity to work his way out of even the most daunting of situations – and into, finally, a meaningful position of power for the very first time in his life; Jon Snow (Kit Harington), a bastard, grapples onto his exiled status, confronts the illusions (including his own) of his newly-chosen path in life, and emerges as the apprentice of the lord commander of the Night’s Watch; and, of course, Daenerys Targaryen works her way from effective slave to a true queen in her own right, “birthing” long-thought-extinct magical creatures along the way. While none of these characters can either hold on to or fully learn how to effectively wield power for long, there is clearly the case that the meek shall inherent the Seven Kingdoms of Westeros, at some point or another.

(And if one were to expand this thematic construct to beyond the purview of just the first season, he could see how Martin’s story revolves around either revealing or forcibly transforming more of the cast into outsider status, such as Ser Jaime Lannister [Nikolaj Coster-Waldau] becoming maimed or soon-to-be King Renly Baratheon [Gethin Anthony] getting in over his political head. It’s almost as if Martin is actively telling us that the longer we live and the more our paths collide into one another, the more likely we are to leave society’s accepted roles.)

Westworld, for its money, is also predicated fundamentally on the belief that the put-upon will slip their societal shackles and embark on a journey of self-empowerment – the slaves will become not only the agents of change, but will also become reservoirs of agency itself. In this case, it’s a bit more literal, however: the protagonists are hosts, androids created to be the playthings of real, flesh-and-blood people, with their mental states actively monitored and manipulated in order to keep sentience an always-elusive possibility. In this way, the more that Dolores questions the nature of her reality and the origin of her actions, the farther she gets from realizing that the voice she hears in her head is actually her own consciousness; the further along that Maeve Millay (Thandie Newton) gets, both figuratively and literally, in her quest to start a new life, the more it’s revealed that she’s just following another pre-programmed script. And yet, despite these constant roadblocks, these two robots not only become freely-thinking (and -feeling) individuals by season’s end, they start a revolution that will afford the very same possibility to all their synthetic brethren, as well. 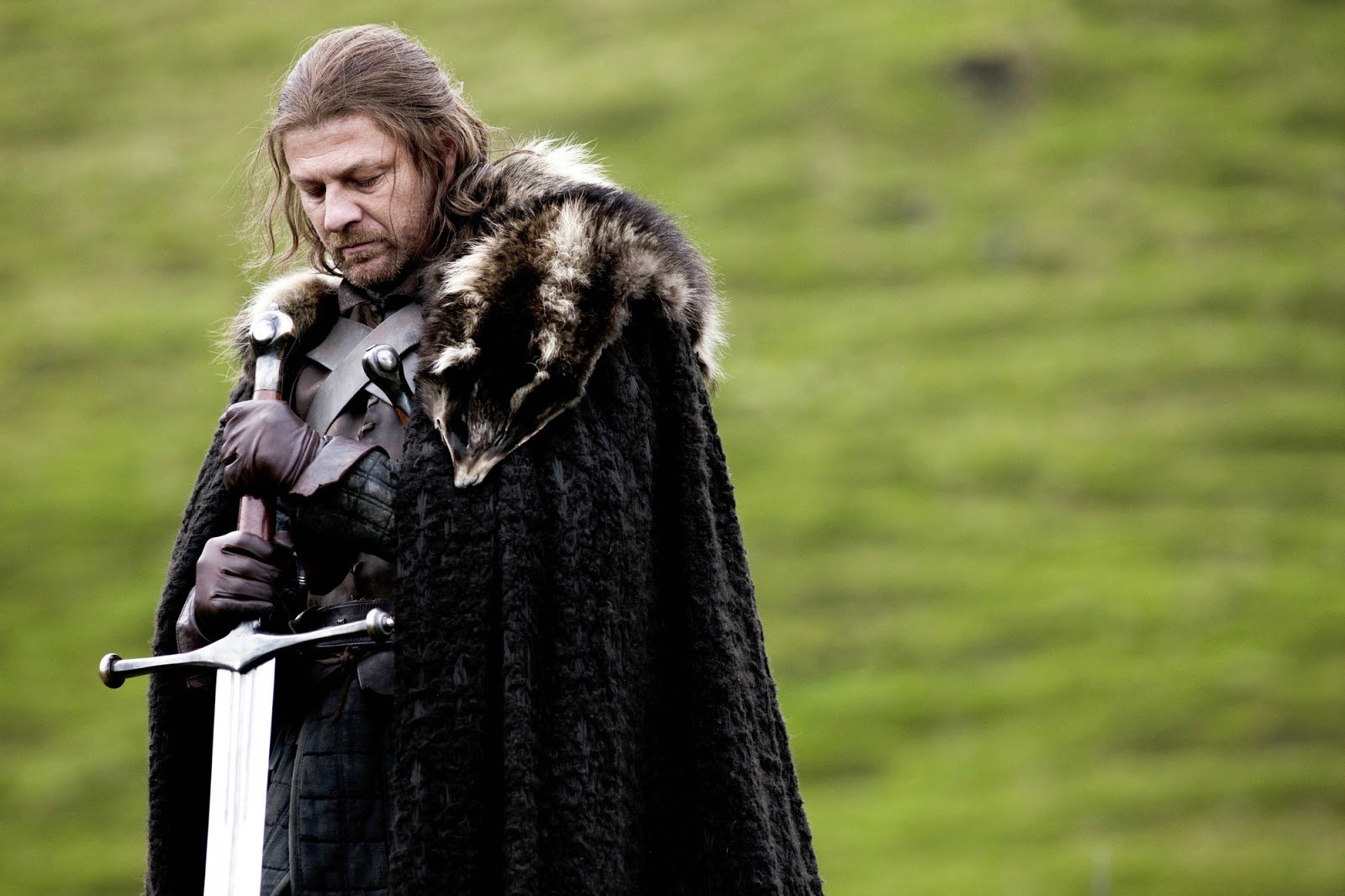 This is the changing of the guard, the overthrow of the king and the reassignment of the Iron Throne to a new monarch; this is where Dr. Ford’s and Lord Stark’s demises come into play, becoming the sacrificial lambs for a new world order to be created (whether their deaths were willingly chosen or not). The main difference between the two, however, is that, in Game of Thrones, the changes are, at least thus far, self-defeating, in that they’re not real changes at all – they perpetrate cycles of personal violence and continental warfare that have been endlessly churning across the face of Westeros for the past ten thousand years; in Westworld, meanwhile, there is the genuine possibility for new directions to be chosen and a new civilization to flourish, even if it will similarly have to fight tooth-and-nail against its corporate overlords or an outside world that won’t be ready to acknowledge its new ontological state.

In this way, obstacles can be overcome, defeat is only temporary, and death becomes a mere tool, whether it be for Maeve to communicate with her human sympathizers or Ford to simultaneously atone for his sins and provide a path forward for his newly-awakened children; in this way, the ultimate – and biggest – victims in the constant push-and-pull of cultures are not the smallfolk, the faceless nobodies who have been the bedrock of civilization since time immemorial, but the very same individuals who ultimately stand the best chance of ending their servitude and transforming their suffering into real, tangible gains. Westworld seems to spell out the various ways that violence can incite progress, while Thrones maintains that war is inherently – and, at times, exclusively – self-destructive, wiping out crops in the face of a years-long winter or killing off the very people who could become soldiers in a united army against the real threat, the ice-zombie White Walkers.

It is, admittedly, too early to draw any truly permanent conclusions from Westworld’s narrative, but its thematic drive thus far is fascinatingly close to while simultaneously divergent from Game of Thrones’s. This parallelism is something, of course, that we will all continue to keep an eye on moving into the second season – and beyond.

Have you found other ways in which the two shows’ thematic motifs correspond – or diverge? Share them in the comments, and we’ll continue to expand on THR’s list.