According to actor Leonardo Nam 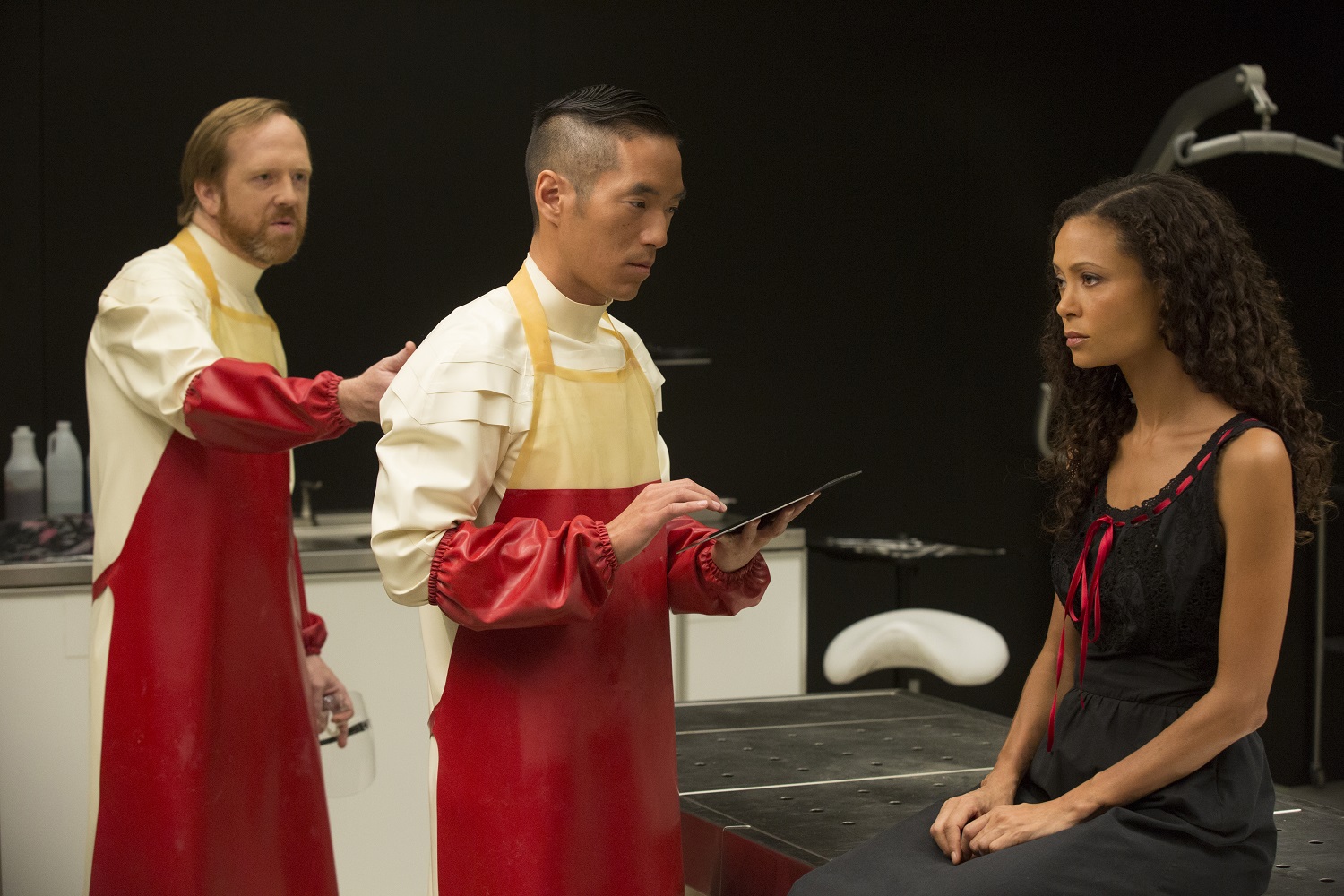 As we get closer and closer to the SAG Awards (which will be held tomorrow night at 8:00 pm), more and more of the Westworld cast are getting their time in the interview chair. Yesterday, we got to hear all about Clementine Pennyfeather’s unspoiled humanity; today, it’s Felix Lutz’s (Leonardo Nam) turn, discussing how he was given just as much knowledge during the production of the first season as his character had of the narrative events.

First, though, ET Online wanted to know all about Nam’s working relationship with his biggest on-screen parter, the usually-disrobed Thandie Newton (Maeve Millay):

It was super nerve-wracking for me as an actor [to work with Newton], but when I was working with her, it was just so wonderful, because not only is she an ultimate professional, but always so loving and so caring – not only about the work, but about us and our relationship. She was just so wonderful, just so darling, and really took me under her wing.

The themes and the whole show is so intense… and then, on top of that, you had the reality of [working with your co-stars] in the nude, and having to work in those confines. But it was great. Absolutely wonderful.

This sense of intense claustrophobia was only heightened by the production’s extreme restriction of any information pertaining to Westworld’s narrative – Nam’s scripts consisted only of his own scenes, meaning that the actor only knew as much as the character did. “I feel like my character is so much like the audience; my character only sees things as they are revealed,” he told ET. While this was intended as a security precaution, preventing various individuals from leaking the show’s twists and turns before they aired, it had the unintended effect of underlining Lutz’s psychological and physical isolation, thereby putting the hapless lab tech under that much more duress.

But, interestingly enough, it also let the character’s essence be displayed that much more fully, as well – something which the actor hopes will continue in the upcoming season.

“I hope [in season two] Felix finds a way to freedom. He’s a very brave character, and I think you were starting to see glimpses of that. I would love to see that bravery and that courageous heart come out more in the park.

If there is, indeed, going to be a war between the hosts and all of humanity, Felix is certainly going to need as much bravery as he can possibly muster – especially considering that he’s proven to be reliably Team Android by this point.

Have your own thoughts as to what will come of Felix Lutz next year? We’re eager to hear them in the comments.