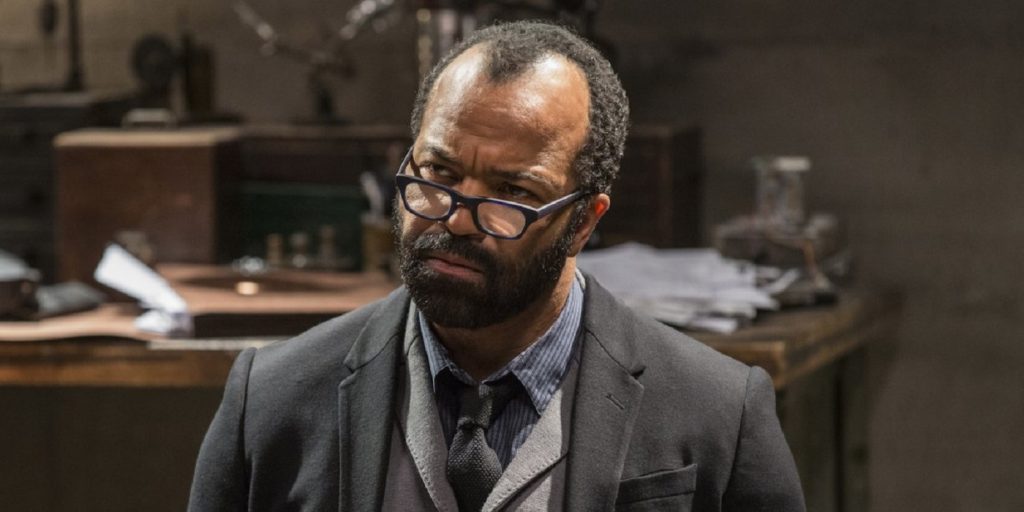 One of the biggest twists in Westworld’s first season was discovering one of the main human characters wasn’t human after all. Delos employee and Head of Programming Bernard Lowe (Jeffrey Wright) was a sympathetic and likeable character from the beginning, so the reveal that he was a host in the series’ seventh episode (appropriately titled “Trompe L’Oeil”) came as a shock to many fans. What made it doubly surprising was that Bernard had no idea of his true nature.

Today Hollywood.com revealed an interview clip with Jeffrey Wright from the upcoming Westworld Digital HD Season 1 release. In it, Wright discusses Bernard’s character arc and relationship with Dr. Robert Ford (Anthony Hopkins). Wright relates that as Bernard unravels the mystery of the hosts’ increasingly erratic behavior, he “discovers more than he knew at first about Dr. Ford and his intentions in building the park.”

The way Bernard’s storyline unfolds neatly parallels the audience experience, because “everything that we may presume to be reality is actually something entirely different.” Bernard – along with the viewers at home – initially trusts he understands the situation both within the park and behind the scenes at Delos. Unfortunately, he is repeatedly shocked at the secrets he uncovers and forced to question everything he believes to be true.

The entire interview and other behind the scenes bonus features will be available in the Westworld Season One Digital HD release on Monday, March 6th. Do you plan to add it to your collection? What other bonus features do you hope are included?