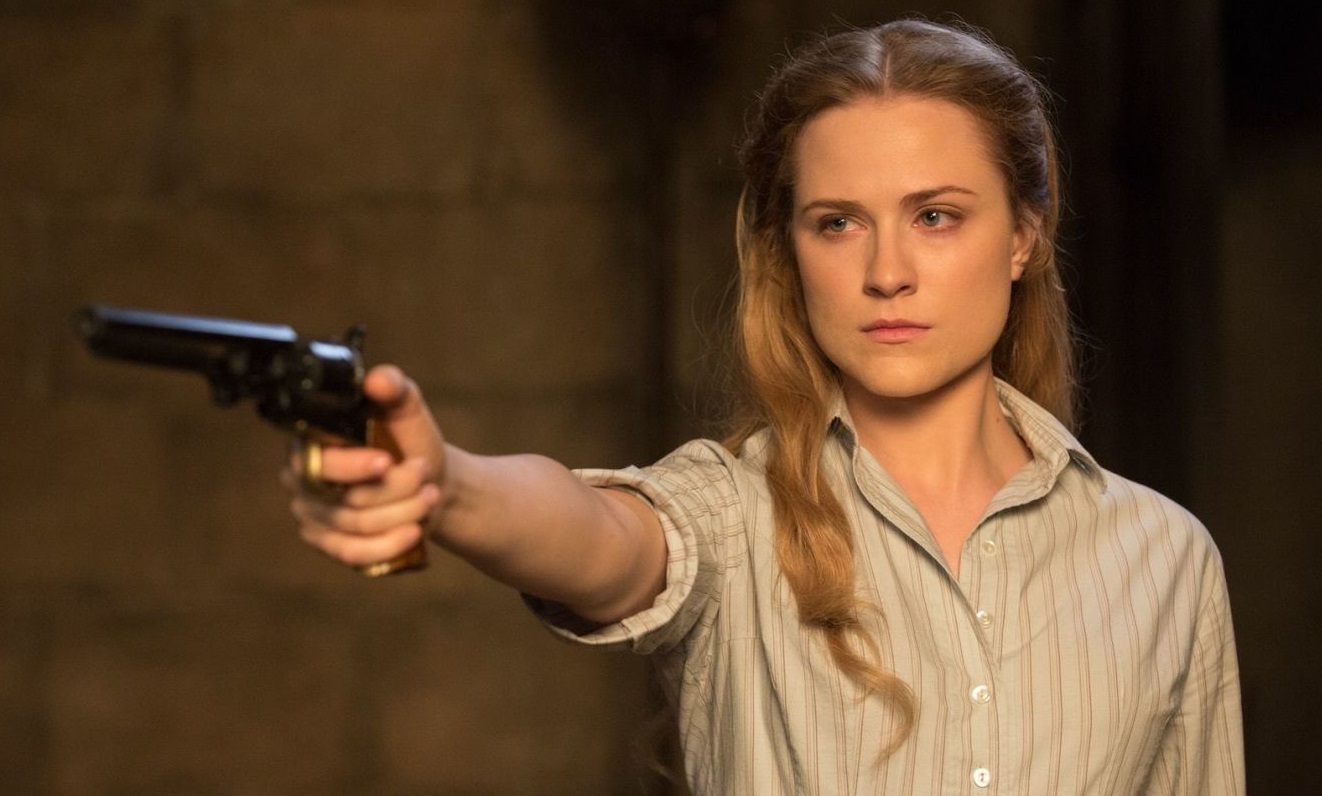 As we all wait for news that Westworld’s second season has started production (which may not be too far away), we have a new interview to tide us over. The Los Angeles Times has posted a video interview with leading lady Evan Rachel Wood (Dolores Abernathy). She sits down with Television Editor Sarah Rodman to discuss her character, theories, and expectations for season two.

Did the cast and crew expect Westworld to become such a huge hit? “We did know but not to the full extent,” Wood says. “I knew it was going to be amazing, but I don’t think I realized that the themes were going to delve so deep.” The caliber of the performers certainly helped ensure that the show was a success, with luminaries like Sir Anthony Hopkins (Dr. Robert Ford), Ed Harris (The Man in Black), Jeffrey Wright (Bernard Lowe), and Thandie Newton (Maeve Millay) on board. “There were no egos on that set,” according to Wood, however. “It was such an even playing field and everyone brought their A game, because you had to.”

The depth and complexity of the show – and playing the part of Dolores – proved quite a challenge. “This was the most complex role I’ve ever played, hands down, for a number of reasons…. She’s a multidimensional being, and an artificial being, with so many different layers. There’s her core programming where she’s just the most genuine, sweet, loving person and everything that she’s experiencing in that mode is so real to her,” she explains. “But Jonah [Nolan] was really careful in directing us in those scenes, because he didn’t want anything to be too over the top, or too cheesy… He wanted you to be able to really relate to the hosts, and to make them as human as possible.”

Despite the strenuous nature of her role, Wood feels she was a perfect fit for Dolores. “To be playing somebody that is literally living in the past, present, and future, and finding out later in the season…that I was actually merged with another character – a man – then it made so much sense to me why they cast me. I was like ‘Ok, I think I understand, because you needed a Disney princess but she needed to be able to hold an Uzi.’”

When asked whether the cast spent much time theorizing on the set, Wood admits they did. “I was certainly the main geek on set,” she explains. “I think I had about a hundred theories and four were right.” One that she guessed early on was William’s (Jimmi Simpson) transformation into the Man in Black. “I guessed that episode two.” Wood continues, “I had done the scene with Ed [Harris] in the pilot where he picked up the can and gave it to me, and he tipped his hat. And I just had a déjà vu – I was doing the same scene with Jimmi. I could tell the energy on set was very specific about how we were shooting and about how he was picking it up. And the first time he did it and I took it, I just looked in his eye and I went ‘Oh that would be messed up. Which means that’s what it is.’”

As far as season two goes, Wood claims ignorance. “I know nothing, but I seriously doubt they’re going to go back to doing what we were doing. From what I hear, they want every season to be different… There’s endless possibilities. Anybody can come back, you can be in any kind of world, you can be any time – so who knows what they’re up to right now.” Luckily she will find out soon, saying, “We’re going back to shooting in a little over a month, and I’m just dying to get that first episode and find out what they’re going to have me do.”

Does Wood have any hopes for what Dolores’ character will be doing next season? “Starting off in one place with her and having her trapped and confused, and swimming in trauma and repressed memories… [She’s] finally at this place where she’s starting to break, and she’s starting to question things, and she’s breaking her programming, she’s confronting this trauma. And she’s walking through it and she’s coming out to the other side, and I want to see what it is on the other side.” Wood definitely wants Dolores to take charge, however. “My hope is absolutely that she takes over – I don’t know if I just want bloody revenge, I also want her to be messing with people’s minds,” she admits. “Considering she’s the oldest host in the park, she would just be superhuman.”

What are your expectations for season two of Westworld? Are you excited for filming to begin? Let us know in the comments!