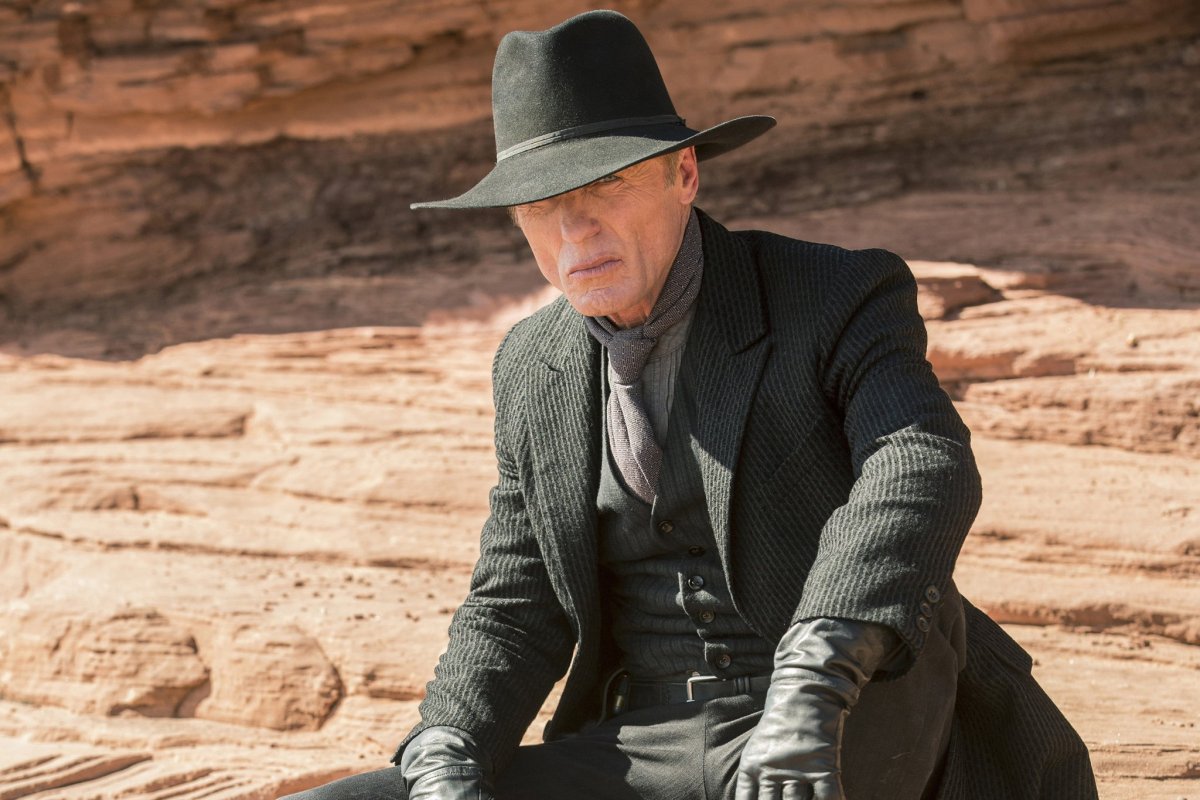 With Emmy season in full swing, the Westworld interviews are coming fast and furious. Today, The Wrap brings us a conversation with actor Ed Harris, who plays the menacing and mysterious Man in Black. Harris shares his thoughts on filming difficulties, that surprise reveal, and more!

When asked about the toughest thing he had to do in season one, Harris replies, “We were supposed to shoot through the season, and we only got through seven episodes, and then we had to shut down for a bunch of months.” He explains further by saying, “Just in terms of that, just in terms of the continuity of it and focus, we were kind of split up. We shot the pilot two years prior to when we finished the first season.”

What surprised him the most about Westworld’s first season? “One of the big surprises was, I saw Jimmi [Simpson] walking by one day — somebody said, ‘That’s you, [but] younger,’” Harris relates. “And I went, ‘Oh!’ That was news to me. That was a big one! Then I found out some things about my past that were interesting — and I found out later on that [my company] literally owned this place. I was like, ‘Oh, OK, thanks — thanks for telling me,’” he laughs.

Westworld is a heavy favorite at the Emmys this year, and Harris has a hard time deciding what cast member would be most deserving of recognition. “I think the whole cast, everybody’s great you know – pick a character.” He had some high praise specifically for Louis Herthum’s outstanding scene in the premiere, however.  “I don’t know if you remember the scene where the original…Evan [Rachel Wood]’s original father is being talked to. He’s sitting there naked and they’re grilling him, and he starts losing it. Just that itself was brilliant.”

Could Ed Harris see himself playing anyone else on the show? “I’m happy playing the Man in Black. I don’t really want to play…I can’t even in my imagination think about another character that I’d be interested in playing in the show, to tell you the truth.”

Watch the entire interview below: