Thandie Newton Reflects on Playing Maeve: “I felt like I’d gone on a journey” 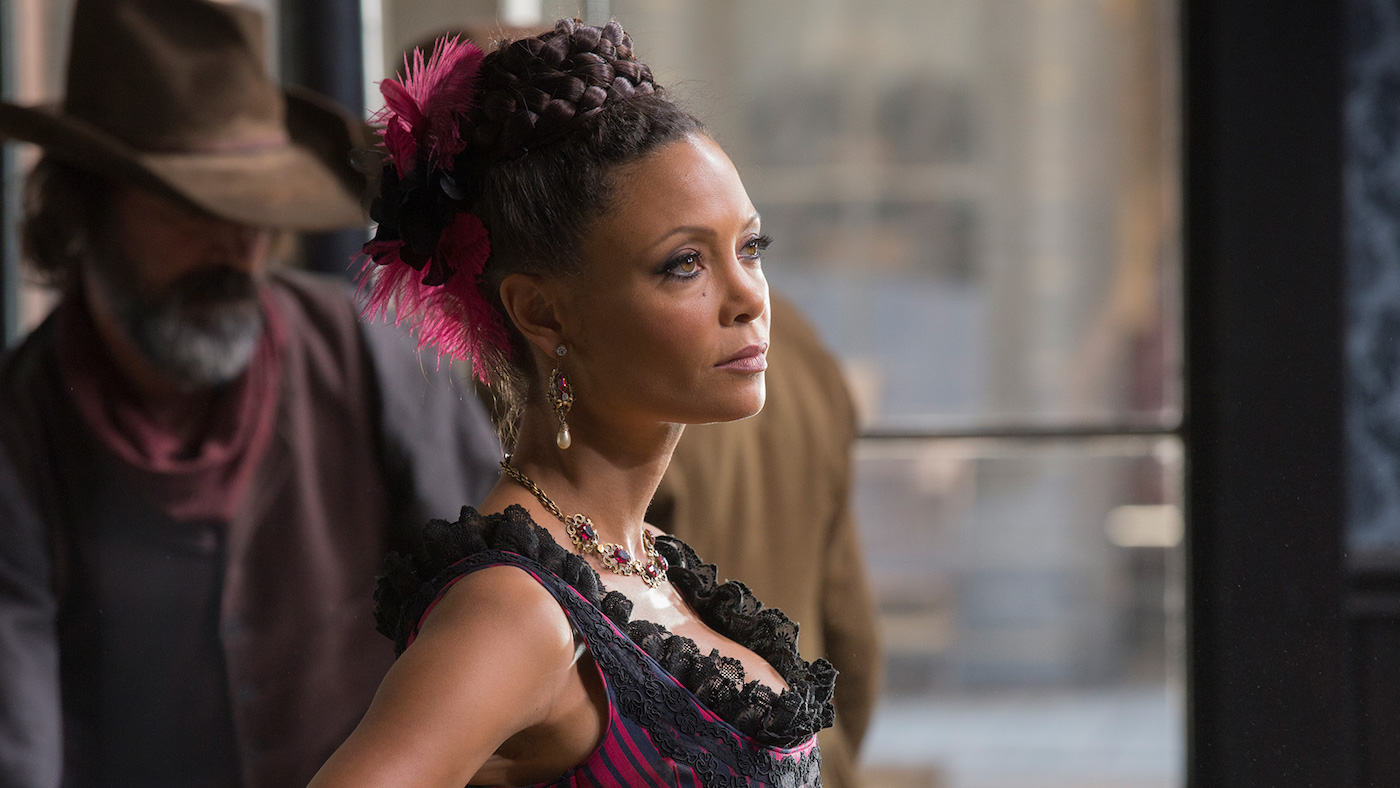 Westworld’s cast boasts a lineup full of incredibly talented actors, each person bringing a unique spark to their characters. Included in this cast is English actress Thandie Newton, who put on arguably one of the most memorable performances over the first season as the fearless saloon madame Maeve Millay.

Newton recently participated in Variety’s “Actors on Actors” series, during which she and Oprah interviewed each other about their respective works. While Newton did touch on the opportunity she received to be a part of the upcoming Star Wars: Han Solo standalone film, the majority of her answers were dedicated to dissecting her Westworld character, and how the show has impacted her life.

Before Newton accepted her role on the Wild West show, she recalls that co-showrunners Jonathan Nolan and Lisa Joy were nervous about offering her the part, given what it entailed:

“They were more nervous about talking to me than I was about talking to them, because all I’d heard is that: madame of a saloon, a lot of nudity. And I just thought well obviously madame of a saloon, the nudity, must be sexual. So right there I’m like, we’ll talk, but that’ll be the end of that. But they made me see, and I think anyone who’s seen the show, you realize, is that in order to truly understand the subjugation, the oppression, the dehumanization of these robots – they had to be naked.”

Newton’s point about ‘dehumanizing’ the hosts is an interesting one. Even though the androids are in no way human, we as the audience still feel that part of their integrity is stripped away as their costumes are removed from their artificial bodies. This speaks to the effectiveness of Nolan and Joy’s attempt to highlight the human-ness of the hosts, not only through their lifelike features, but also by making them the focal point of the show’s emotional storylines. 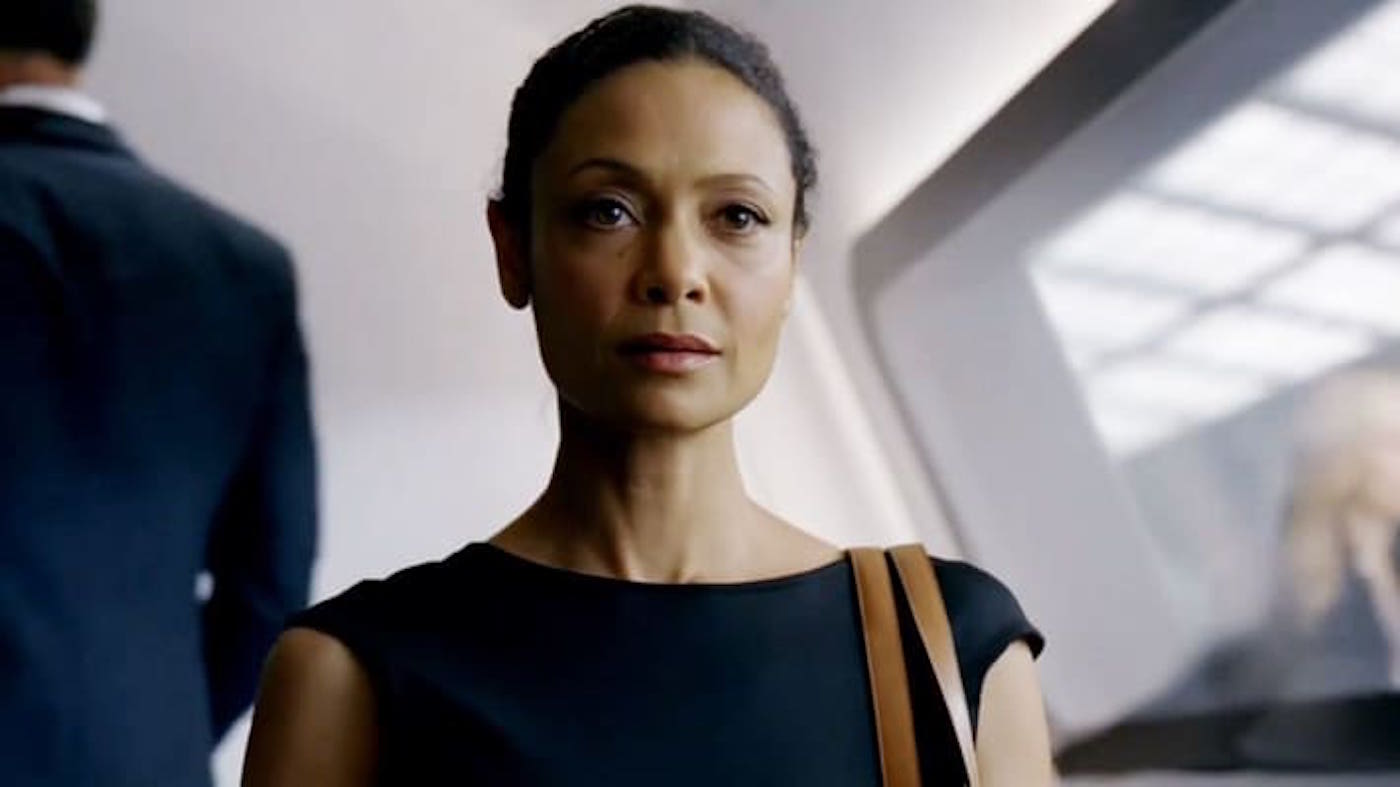 Along with her acting career, Newton is also heavily involved in the women’s rights movement, and her accomplishments as an activist are far-reaching. Given the complexity of Maeve’s situation during the first season, during which she’s trying to break free of the artificial prison that she’s been trapped in, the actress notes that her two passions came together in her performance:

“It was activism and acting combined. And I did feel like that about Westworld. I felt that the set up, the premise, that these robots are a metaphor for the oppressed of mankind. And I just felt that it was so well choreographed, the storylines were so well drawn, that you’re taken in, you love these characters and you want to fight for them. And you become invested.”

The profound impact Newton had on the show seemed to be reciprocated. “I felt changed [after Westworld]. I felt like I’d gone on a journey, and I’d really claimed something for myself,” says the actress. “[Maeve’s] so deliberate. And I love that. And I want to be more like that.”

Newton continues by comparing the liberating feeling of gaining control over her character to having her fourth child:

“It was liberation. You know what it felt like? It felt like having that fourth baby. Because it was a moment of such intense self-affirmation, not for me Thandie, but for female power. I haven’t felt like that before. And it’s ironic that I was standing there stark naked for a lot of it, because I felt more in control than I’ve ever done, because I said yes to this. I said, yes, I will stand here with nothing on, and I will speak these words. I was so committed to this character’s trajectory. I felt that it had secrets for how we need to survive as a humanity, which is to fight for the truth.”

What do you think of Newton’s reflections about Maeve? Let us know!

4 responses to “Thandie Newton Reflects on Playing Maeve: “I felt like I’d gone on a journey””