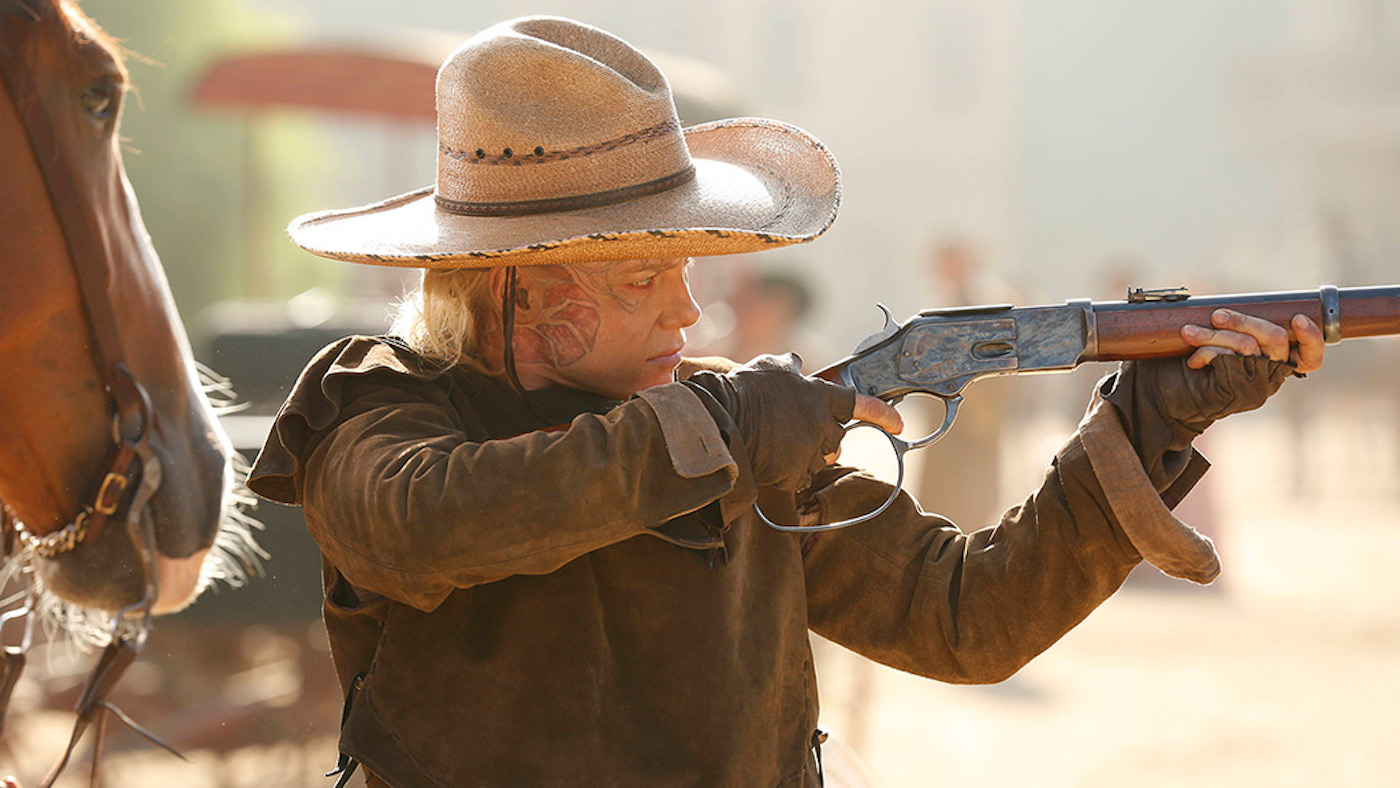 Westworld’s very own Ingrid Bolsø Berdal (Armistice) found some time to sit down with Screen Junkies News at San Diego Comic-Con to chat about her time on the HBO hit, and it is here that she revealed some pretty exciting news.

Last we see Armistice is in the post-credits scene after the show’s season one finale. The host’s arm is trapped in one of the large sliding emergencies doors in Delos’s Samurai World lab facility. Fortunately for us, Armistice is never one to give up, and this leads to one of the most badass moments of the season. She picks up a knife and jams it into her pinned arm, allowing her to shoot the gun she’s holding in that hand. She then decides to severe her arm to free herself, and go after the terrified-looking Delos security guards.

From this scene, it’s not immediately clear if we’d ever see Armistice again. However, Berdal confirms during her interview that she is, in fact, returning for the show’s second season!

When asked if she can reveal whether or not she’ll be returning, the actress remarks, “Well, I’ve asked myself that question, and I’ve been thinking that the circumstance of me being here [at SDCC] must be a good pointer.” Very astute observation!

If that isn’t enough confirmation for you, later on in the interview, as the Screen Junkies hosts are recapping that it does sound like Armistice will be returning for season two, Berdal confirms with, “Yes, that’s a big announcement.”

This is certainly great news for the Westworld faithful. Armistice proved to be a fan favorite, not only because of her full-body snake tattoo, but because of her calm and collected but fierce and ruthless personality. One can now only wonder if Armistice’s partner in crime, Hector (Rodrigo Santoro), will also be returning for the upcoming season.

Berdal’s interview also touches on topics like the process of applying the snake tattoo, and her favorite moment from the first season (hint: it has to do with that post-credits scene). Check out the entire interview below, and let us know what you think!