Fans will “see significantly more of the world next season” on Westworld, says Lisa Joy! 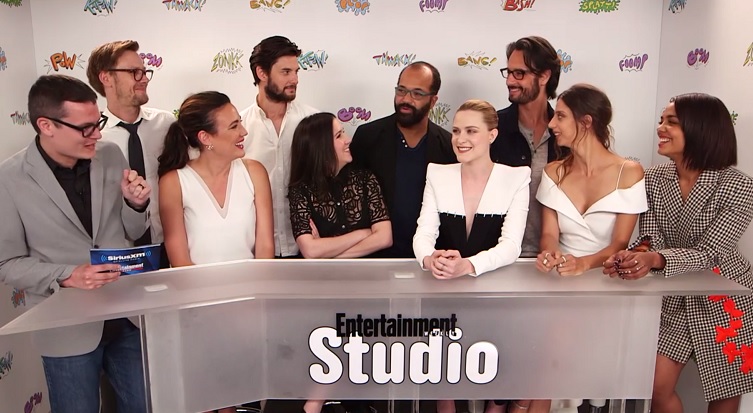 The Westworld panel at San Diego Comic Con is just starting now but Entertainment Weekly already has a scoop for season 2!

While speaking with the cast and showrunners ahead of the panel, EW received this juicy hint about the new season from executive producer and writer Lisa Joy. “You’re going to see significantly more of the world next season,” she tells EW. Joy also tells the magazine, “The journey of these characters is something we always saw a real evolution to…We do have markers that we’re shooting for and we kind of know where it’s going to end.”

EW reports that she and co-showrunner Jonathan Nolan “have a long game in mind for the series, even if they’re hesitant to say exactly how many seasons they have planned.” Mysterious as ever, apparently!

The cast were in good spirits and talked more with EW, as you’ll see in the complete interview below:

One response to “Fans will “see significantly more of the world next season” on Westworld, says Lisa Joy!”