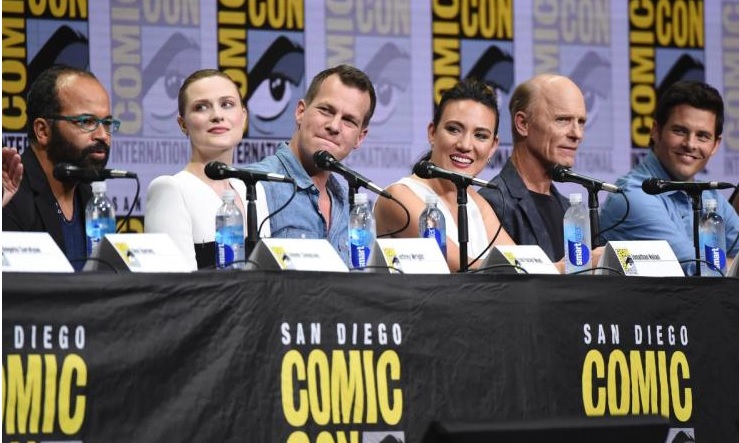 We Live Entertainment has captured the panel on video thankfully. It cuts out just before the end, but all the interview segments are there. Enjoy!

After the panel, the cast settled into their autograph booth at Comic Con and had some fun.

A couple  of the cast had this to say of their Comic Con experience:

#ComicCon fans just rock. I love feeling in-person how the work touches people. Easy to miss when working in film/tv as opposed to theater.

First #comiccon2017 ! Thank you everyone who came to out to see us.

My favorite part of the Westworld panel is undoubtedly Ben Barnes discussing the “true terror or true joy” of riding a horse “balls to the wind.” A dash of Logan with style, as always!

One response to “The Westworld Panel at San Diego Comic Con!”