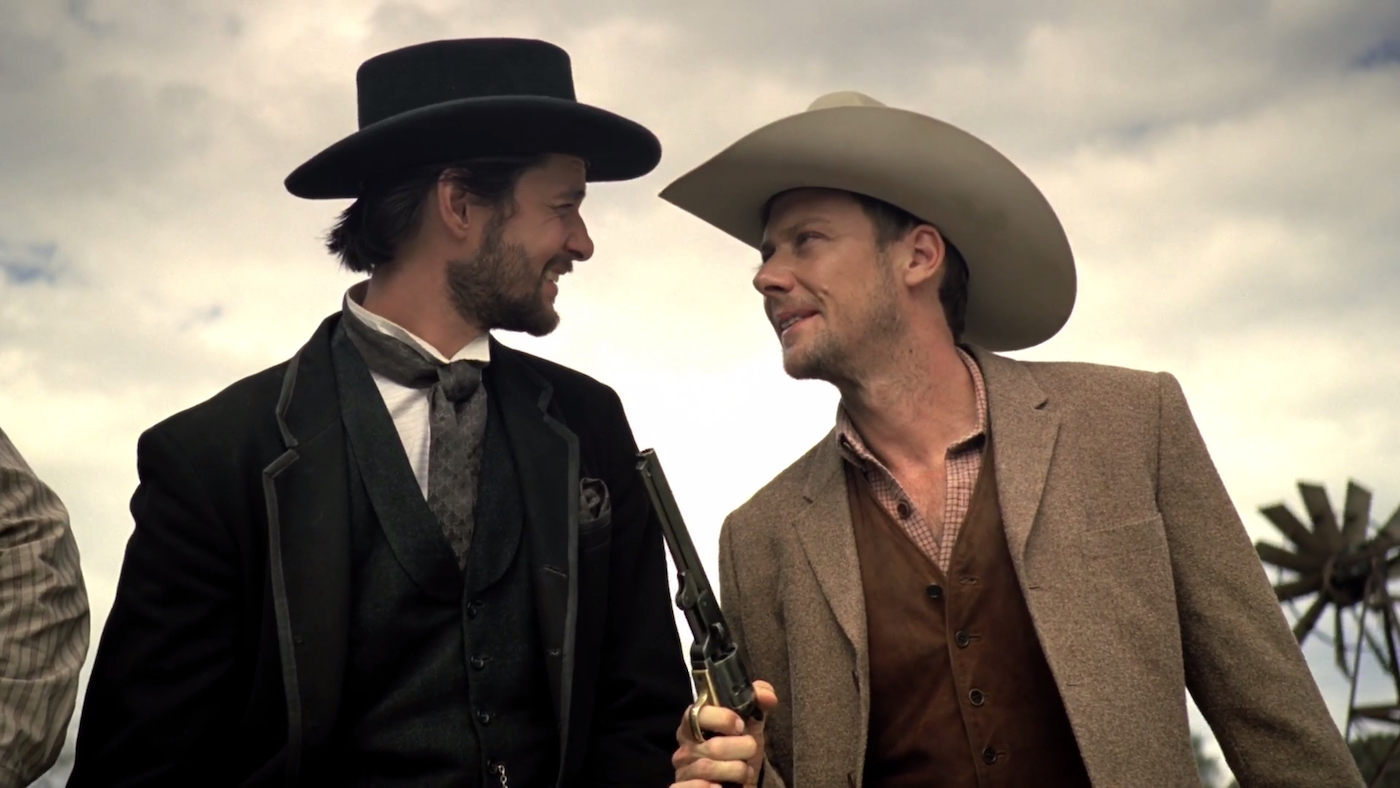 Fans of Westworld had a lot to be excited about this past weekend, from the panel at San Diego Comic-Con, to the release of a season 2 teaser trailer featuring brand new footage from the upcoming season.

Many of the actors also spent some time reflecting on their experiences over Westworld’s first season, and looking forward to what’s in store for the show. Two of these actors include Jimmi Simpson (William) and Ben Barnes (Logan), who are both featured in season one’s storyline that takes place 30 years before the present.

Given the fact that the 30-years-prior storyline seems to have fulfilled its purpose over the course of the first season, there has been much speculation as to whether or not we’d ever see William or Logan again. However, Simpson and Barnes have both shed some light on this question, and their answers seem to imply that we haven’t seen the last of either of them in the show.

Speaking with IGN, Simpson had this to say about the upcoming second season:

“The show, obviously, is the park. But the element of the Man In Black [Ed Harris], it’s a small running line. And there’s a few more questions that they’re going to answer for us as far as how exactly that transition occurred and what it felt like to him and to other people.”

This is certainly good news, especially given the fact that we don’t know all that much about how William makes the transition into the Man In Black. It’ll be interesting to see how this evolution continues to unfold, and it makes sense that the show would bring Simpson back to fulfill much of this continuation.

Barnes also had some words to say about Westworld’s second season. While he doesn’t get into any detail about his character, he does talk about the logistics of shooting the second season:

“I think that the second season is going to be more ridiculous in terms of how they’re going to shoot it, you know, kind of out of sequence. Most shows you spend two weeks shooting one episode, and then you shoot episode 2 for two weeks. And this show can’t work like that because it’s too complicated.”

Now, to play devil’s advocate, one can argue that Barnes is just pulling from his filming experiences over the first season, and applying them to the shooting schedule of the upcoming season under the assumption that the show will continue to forgo the traditional television shooting schedule.

However, I can’t help but think that both he and Simpson are speaking about the upcoming season using knowledge that they have been given by co-showrunners Jonathan Nolan and Lisa Joy. And why would the actors be given this type of information about the season if they aren’t going to be a part of it?

Check out the entire interview with Simpson, Barnes, and many of the other cast members below, and let us know what you think!