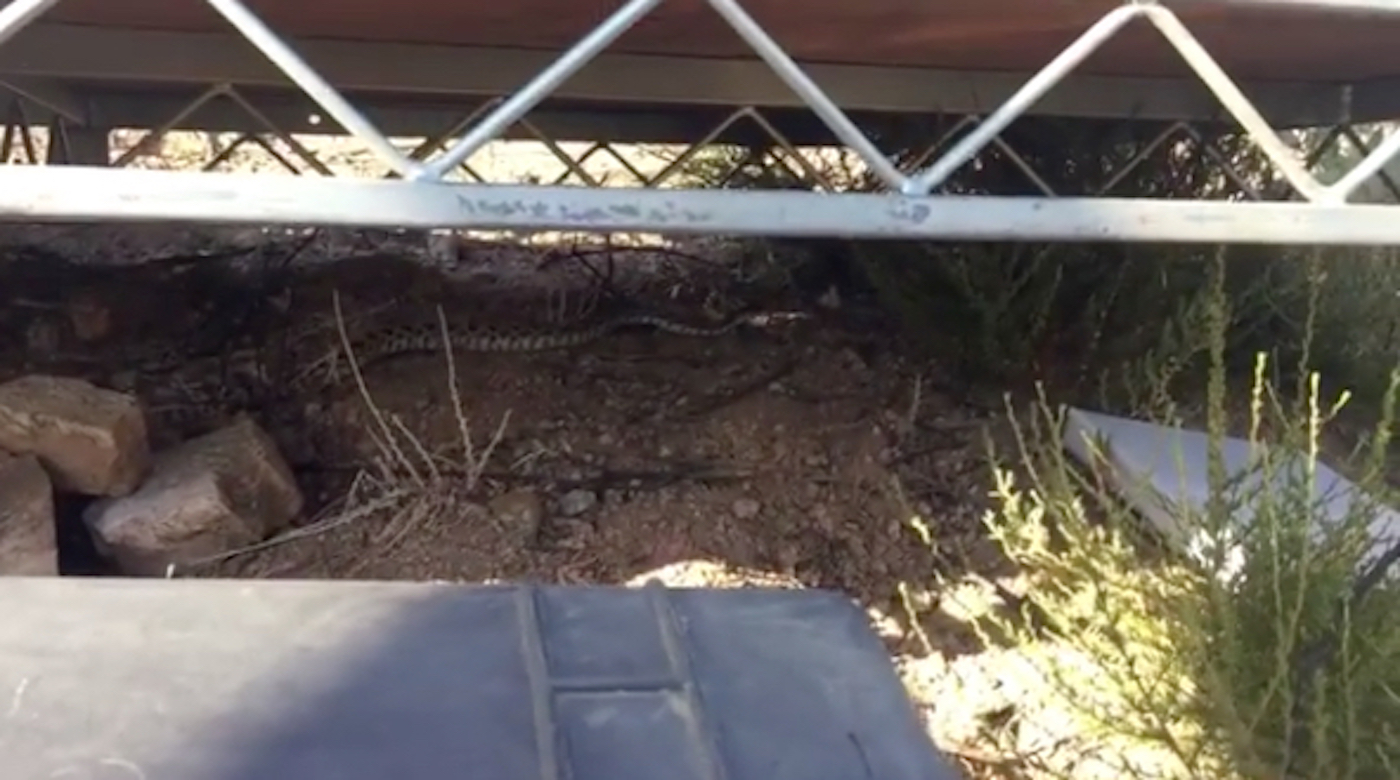 It seems that filming a television show out in nature comes with its risks!

Westworld star (and now amateur nature documentarian) Jeffrey Wright (Bernard/Arnold) was able to capture video of a baby rattlesnake slithering its way onto the show’s California set this morning, traveling under a camera crane before (safely) heading on its way. Wright posted the video to his Instagram, and you can check it out here:

Oh, nothin’, just a rattlesnake sliding under the camera crane first thing in the morning. 30 people around, but apparently we set up in the middle of her driveway. Bounce y’all. 👀

As dangerous as rattlers can be, it looks like the crew remained calm, and allowed the snake to mosey through the show’s set without any trouble. One of the crew members even jokes that the snake is a robot – probably just a joke, but how cool would that be on the show??

It’s also tough to tell if any of the voices in the video are from recognizable actors. Besides Wright’s voice, we can distinctly hear a few different American accents, plus one accent that sounds like it could originate from either Australia or New Zealand. May just be the voices of crew members, or maybe not…your guess is as good as ours!

One response to “Rattlesnake Invades the Westworld Set!”