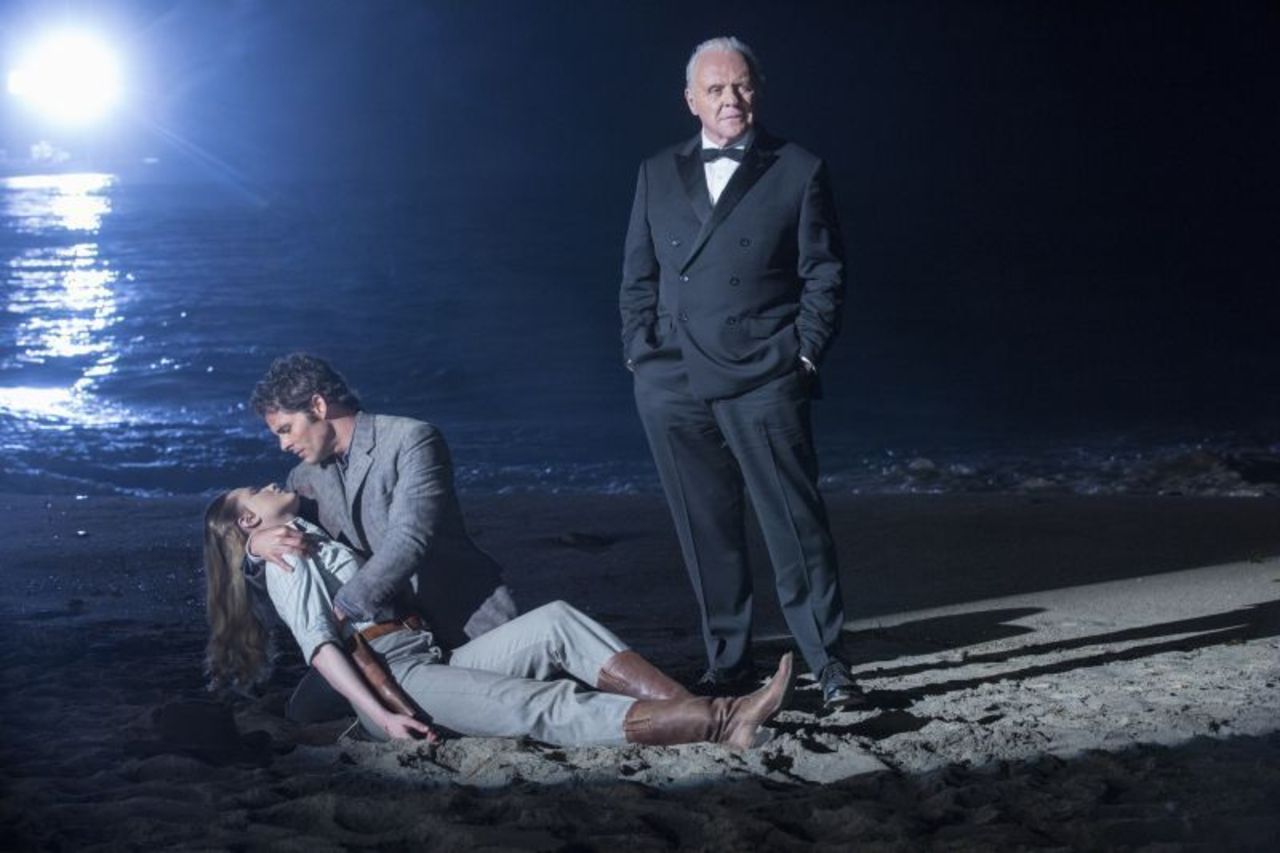 With the Emmys just around the corner, we have new articles to share featuring two of Westworld’s nominees. First, Evan Rachel Wood (Dolores Abernathy) discusses her signature look and experiences on Westworld, while also finding time to share a fun video of herself “in character” off set. In another interview, Anthony Hopkins shares his thoughts on playing a character like Dr. Ford and the future of Artificial Intelligence (AI).

Taking a break during season two filming in Santa Clarita, Wood speaks to the LA Times about her award show style. She’s not afraid to make unconventional choices, saying, “I knew that when awards season rolled around I wanted to walk down that red carpet in a Marlene Dietrich suit [and] just take a stance, because I know there’s pressure and I know there’s all this fear involved of not being liked or not being wanted or not making a best-dressed list.” Wood adds, “I don’t want to live my life like that – and I don’t think other people want to either.”

Wood’s affinity for going against the norm extends to her acting career and the roles she likes to play. Her Westworld character, Dolores, begins as a damsel in distress, but she completely flips the script by the end of season one. “When the show first came on the scene everyone was really worried because they had seen these images of me getting dragged and [took it as] violence against women and everyone sort of thought, ‘Oh great, here we go again,’” Wood admits. “And then it turns out she’s this fierce warrior who is completely breaking that mold and taking a stand and saying no and changing the story.” 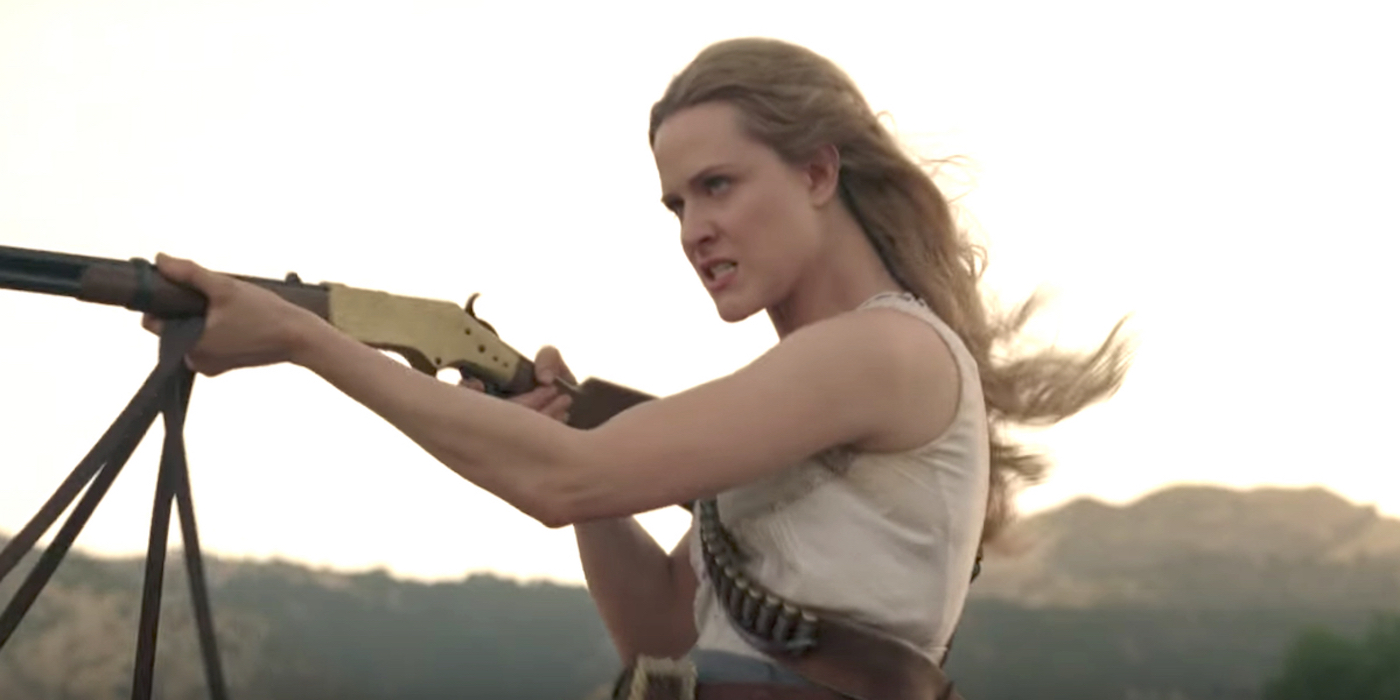 From the few clips we’ve seen so far of season two, it looks like Dolores isn’t backing down from her “warrior” ways. Wood teases the upcoming action by saying, “We’ve been shooting this really intense sequence for the past week and we’re shooting in the desert, and there’s no service and we have all this stuff to do. I try to explain it to people sometimes; they’re like, ‘Dude I can’t get hold of you, what’s going on?’ and I’m like, ‘You don’t understand. Westworld is all-consuming. Once you’re in, you’re in.’”

Wood also took to Instagram recently to post a video of “Dolores” at the liquor store. I guess she needs to unwind after a long day of shooting Delos employees!

When you sneak off set in your #Dolores wig. #westworld

Sadly, there has been no indication of Anthony Hopkins’ involvement in Westworld’s second season, but he was happy to give insight into Dr. Ford in an interview with Asian Age. “I get to play these very strange characters who are always in control. This is completely against my nature. I just go with the flow of it all now,” he confesses. “With Dr. Ford it is on a massive scale – he controls everything and he wants to perfect everything. Which means he’s mad. All I do is talk a lot; a lot of very highfalutin stuff about the bicameral mind.” It sounds like Hopkins doesn’t have a very high opinion of his character. 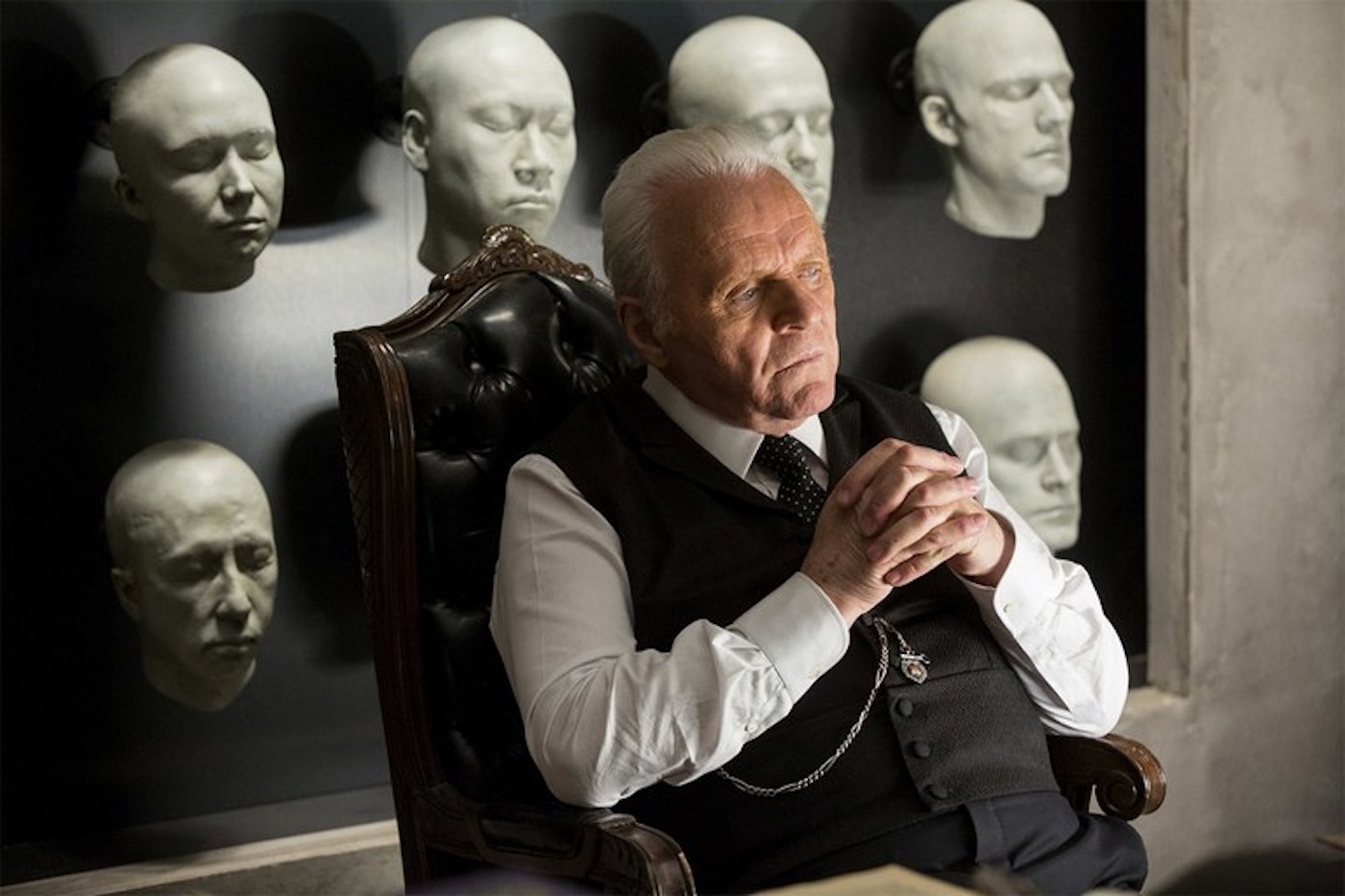 Hopkins also shares his approach to acting and the confidence that comes with years of experience. “I have a good imagination, and as I’m working on a part, I see how things could work, geographically. If I say, ‘Can I try this?’ a really good director will say, ‘Okay, let’s have a look at it.’” He continues, “I remember doing a scene on Westworld, with a very good director, Michelle MacLaren. I’d seen it in my own cinematic vision in my head, and I said, ‘I’d like to do it this way.’ Then Jonah [Nolan] came on the set, and said, ‘Oh my god, I didn’t think the scene was going to work like that.’ But you’ve got to try it, experiment with it. The more you try to control yourself, you get frightened, and you’re afraid to move. You have to throw off ideas of what people think.”

There has been much debate about the possibility of Westworld-type robots in our future, but Hopkins isn’t sure what to make of it. “This is Jonathan Nolan’s baby; he’s fascinated by the advent and development of human intelligence and artificial intelligence,” he says. “I was talking to a guy the other day from Boston…We got chatting, and he’s from MIT. He was saying, there’s no such thing – you can never really create artificial intelligence. You cannot create life, you cannot create a thinking being.” Hopkins adds, “But then he said: ‘But I could be wrong.’”