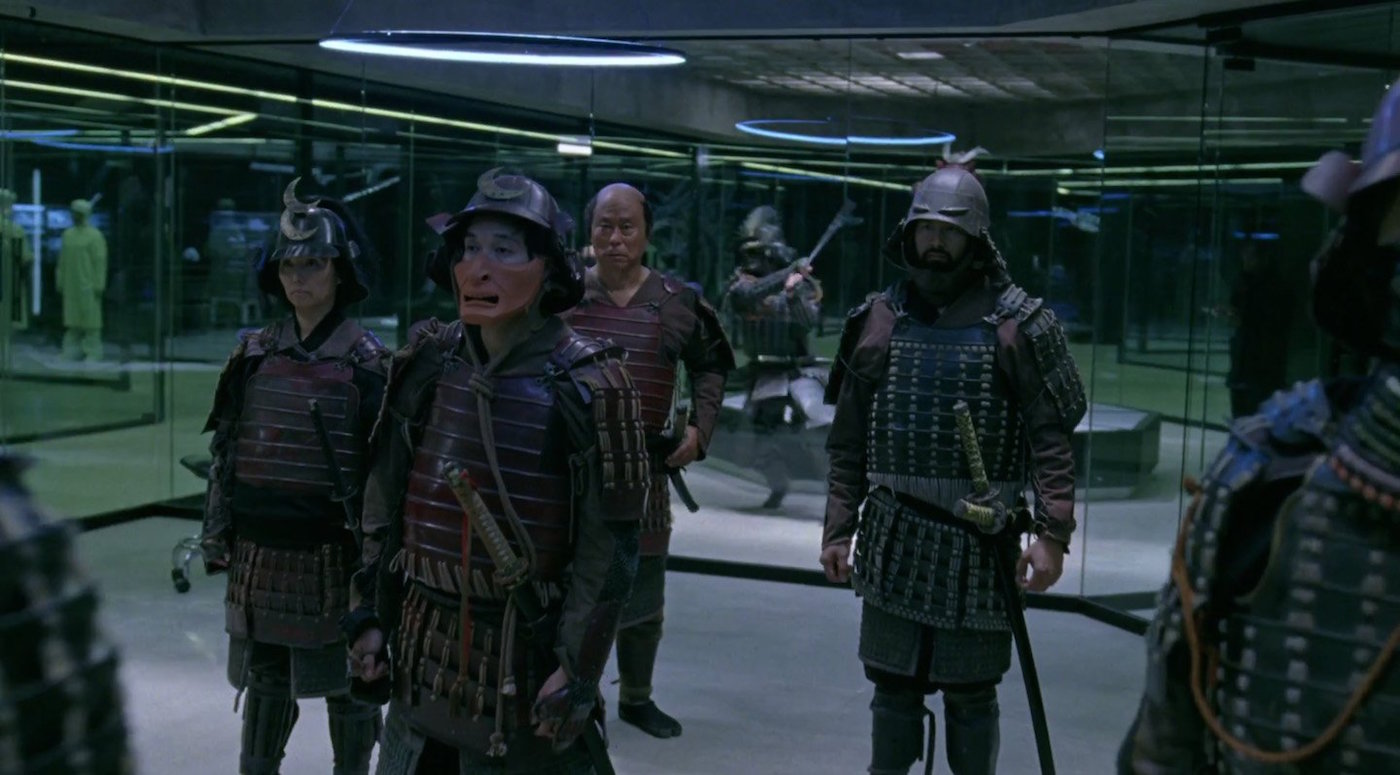 Ever since the introduction of ‘Samurai World’ in Westworld‘s season one finale, fans have been speculating about whether or not the show will explore this or any other new parks in the upcoming second season. It certainly seems promising, especially with the introduction of Samurai character Musashi (played by new cast addition Hiroyuki Sanada) and with the new set pieces that have recently appeared at the Melody Ranch set.

Luckily for us, we have been provided with yet another clue that Westworld won’t be the only park we’ll be spending time in next season. As reported by Deadline, co-showrunners Jonathan Nolan and Lisa Joy recently participated in a panel at the 2017 Vanity Fair Summit, and it was here that they dropped one of their signature vague but promising hints.

When asked why the showrunners decided to leave parks like ‘Roman World’ and ‘Medieval World’ out of the show’s freshman season, Nolan teased, “We had to save something for season 2.”

Both of the above mentioned worlds appear in Michael Crichton’s 1973 movie, and so it makes sense why they would be brought up in the context of the HBO show. Could Nolan’s claim be proof that we may be visiting more than one new park over the course of the second season? Maybe. Or, Nolan could be doing what he does best: teasing and misdirecting.

In other news, Westworld star Evan Rachel Wood (Dolores) made time to give yet another interview (I seriously don’t know where she finds the time), this time to Coveteur. When asked if the actress can reveal any hints about what’s to come over the next season, Wood gave this promising response:

“We’re midseason right now, and it is twice as ambitious as the first one. Twice as crazy! I didn’t think it could get bigger or crazier, and now we’re halfway through, and I just can’t even believe what we’re doing. I’m on the show, and I’m still getting shocked and surprised at everything that they’re throwing at me. [Dolores is] a very different character this season.”

The terms ‘twice as crazy’ and ‘twice as ambitious’ have been thrown around a lot lately in reference to the second season, so at this point it would be foolish not to believe these claims. That being said, given the tremendous scope and incredible story of the first season, it’s difficult to imagine how the show can double down. Hmm….perhaps the introduction of Samurai World or some other park will do the trick!

It’s easy to take for granted Wood’s portrayal of her robot character, given how well she’s assumed the role. However, it’s no small task to act like an android day in and day out for months at a time, and the actress reveals it can certainly take its toll:

“I have to get work done on my back all the time because sitting there like that for six hours [is straining]. This season [the directors] were actually like, ‘You can relax. It doesn’t have to be that perfect.’ But I’m the one who always insists on wearing the corset because I want to stand right.”

Talk about dedication! Chalk this up as one of the many reasons why the actress was nominated for multiple acting awards this season for her Westworld work.

What do you think of Nolan, Joy, and Wood’s claims about the upcoming season? Do you interpret them any differently? Let us know!