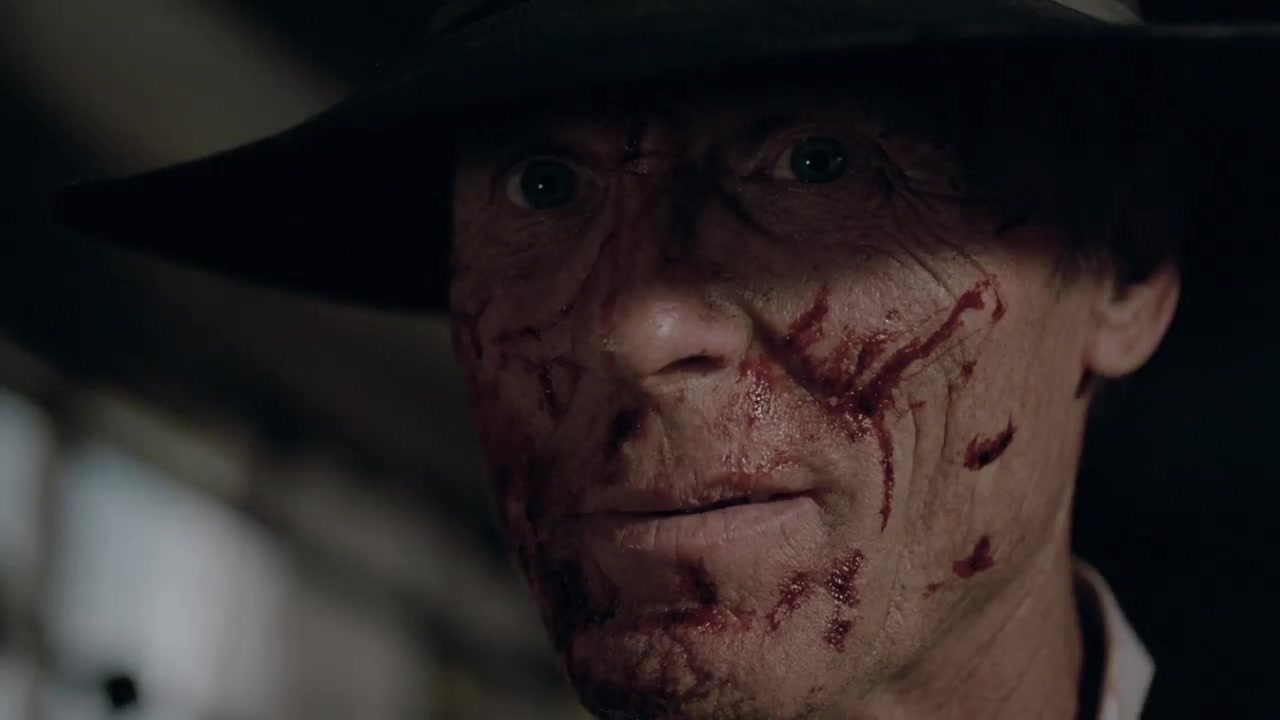 Ed Harris’ character, William (aka the Man in Black), went on quite a journey in Westworld’s first season. Determined to find “The Maze” and unlock the hosts’ ability to fight back, William finally got his wish in the season finale. An army of hosts emerged from the trees, and Clementine (Angela Sarafyan) shot him in the arm, much to his delight.

In the teaser trailer released at San Diego Comic Con earlier this year, we see that William survived that encounter. He makes a brief appearance – sitting at a bar, bloodied but very much alive. Ed Harris won’t divulge details about what will happen to his character, but in a new interview with Collider he does discuss the filming process and reveals that season two will be “trippy.”

Production on Westworld’s first season had some hiccups, with filming being interrupted to allow showrunners Lisa Joy and Jonathan Nolan to finish the scripts. Luckily, things are running more smoothly this year. “We’re in the middle of season 2…They’re in better shape this year. They’re better prepared,” Harris admits. According to him, all the scripts were completed prior to filming to avoid a repeat of season one’s troubles.

The show appears to be on track for now, as Harris explains, “So far, we’ve shot some from episode 1, episode 2, some from episode 4, some from episode 10. They’re committed to having the scripts done to shoot so we’re done by Christmas.” He adds that the schedule is “insane,” saying, “Sometimes you’ll have two, three different episodes being shot. Different crews, different locations; I don’t know how they get it all done.”

Harris declines to give any hints about what to expect next season, but he teases, “So far it’s definitely intriguing. I don’t understand all that’s going on, but I know what I’m doing.”