Here’s An In-Depth Look At NYCC’s ‘Westworld: The Experience’

If you can’t make it to the latest Con, this is the next best thing 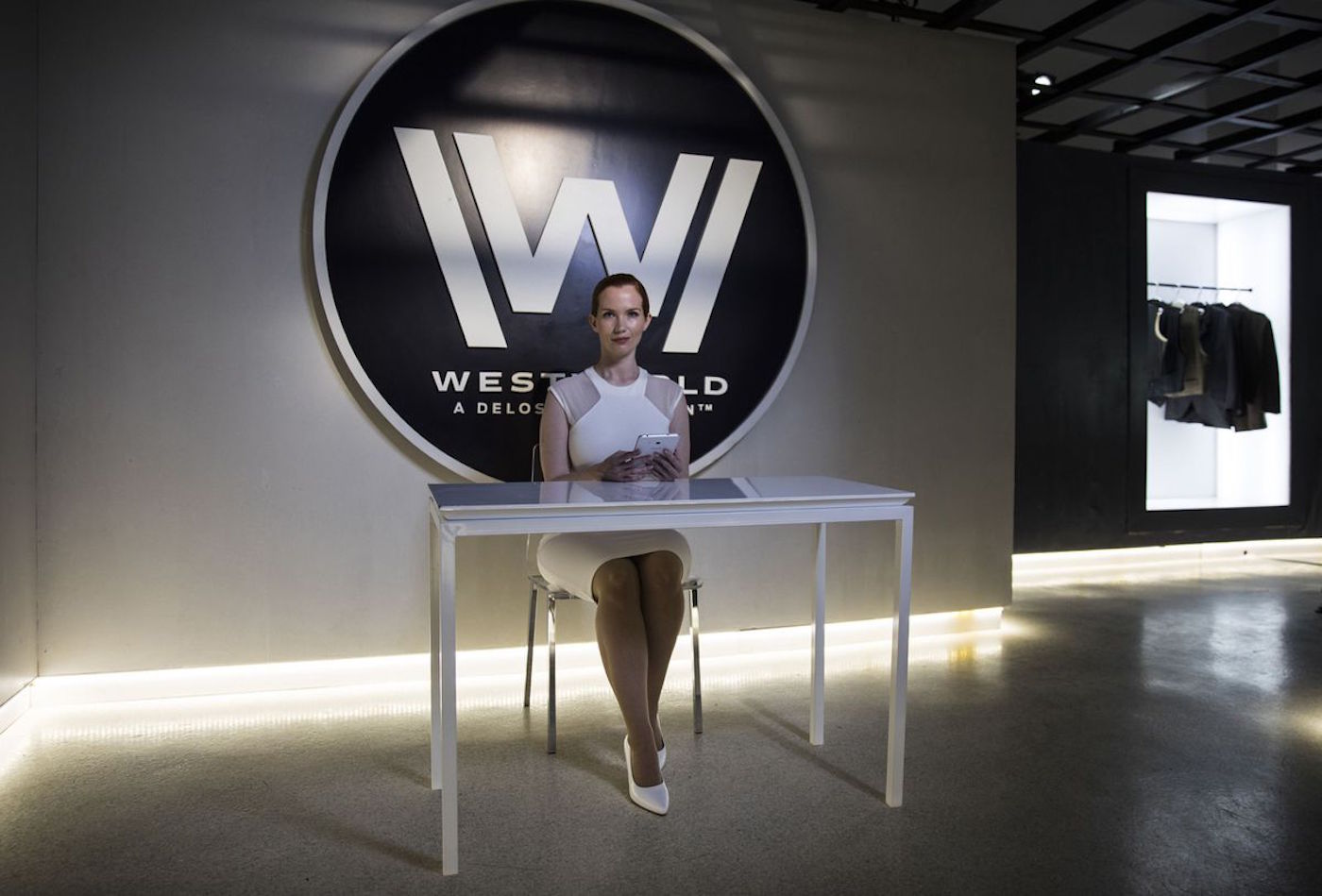 As initially reported late last week, Westworld has set up yet another immersive activation for fans who want to temporarily step out of reality and into the show’s universe. The latest incarnation has been created in conjunction with this weekend’s New York Comic Con, boasting the title ‘Westworld: The Experience.’ While very few people relative to the show’s large fan base will be able to immerse themselves in this experience in person, a group of reporters were invited to walk through the installation. And lucky for us, their descriptions paint quite a vivid picture.

Two reporters in particular provide wonderful accounts of their experiences: Julia Alexander from Polygon, and Proma Khosla from Mashable. We’ve picked the most intriguing parts from both of their articles, in the hopes that we can transport you to New York City and into Westworld‘s installation from the comfort of your computer screens. So let’s jump right in…

The first thing you realize as you find your way over to the experience is its exclusivity. Kholsa explains the secrecy surrounding it (kind of like the actual show’s secrecy): “It’s at a secret location (not terribly far from the convention center), and it can only be booked by appointment, “notes Kholsa. “The appointment desk itself moves around too; every morning it’ll be somewhere different near the Jacob Javits Convention Center in Hudson Yards, but the official Westworld Twitter account will have hints.” 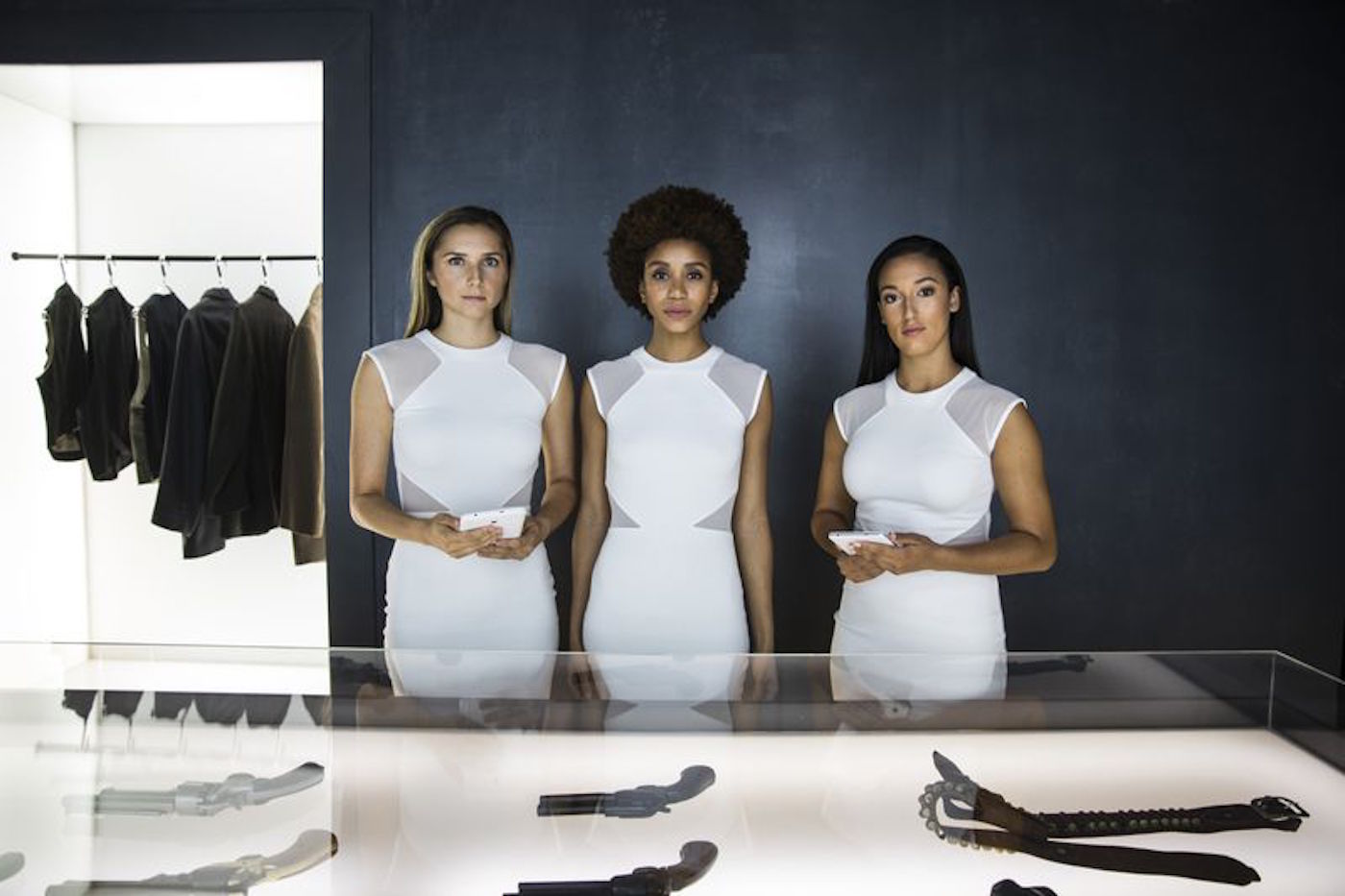 Once you find the appointment desk and confirm your attendance, it’s time to go in! After checking in with the host at the front desk (pictured at the top), you continue into the atrium. Alexander observes, “You’re treated to various weapons kept under glass. One of the actors saunters up next to you and whispers questions in your ear: ‘Which gun would you choose?’ ‘What do you want to do in Westworld?’ ‘Are you good or bad?'” I don’t know about you, but I’m pretty sure my answer would involve nervous laughter mixed in with partially audible noises, creating somewhat of a sufficient response to each question.

A particularly intriguing part about the atrium is that it also features a series of screens that play clips from the show, including a brand new season 2 teaser. Perhaps this teaser will go wide over the weekend like the first one did during San Diego Comic Con?

After spending some time in the atrium, you are called one by one and escorted into the next room, where you meet a member of guest services who guides you through a round of questioning. Alexander picks it up from here:

“The lights are dimmed and there’s no one around to exchange nervous glances with. On the wall hangs two hats — one white, one black — that will forever define you as the type of person you will be in the park. The guest services representative sports an eerie smile the entire time. It’s a combination of friendly and unappealing, like a host pretending to smile the way they think humans actually smile.”

Upon completion of the questioning, the guest services representative recommends either the white or black hat for you to wear for the duration of your stay (and you get to take home with you!). Both Alexander and Khosla were given black hats to wear. I wonder what that says about them…. 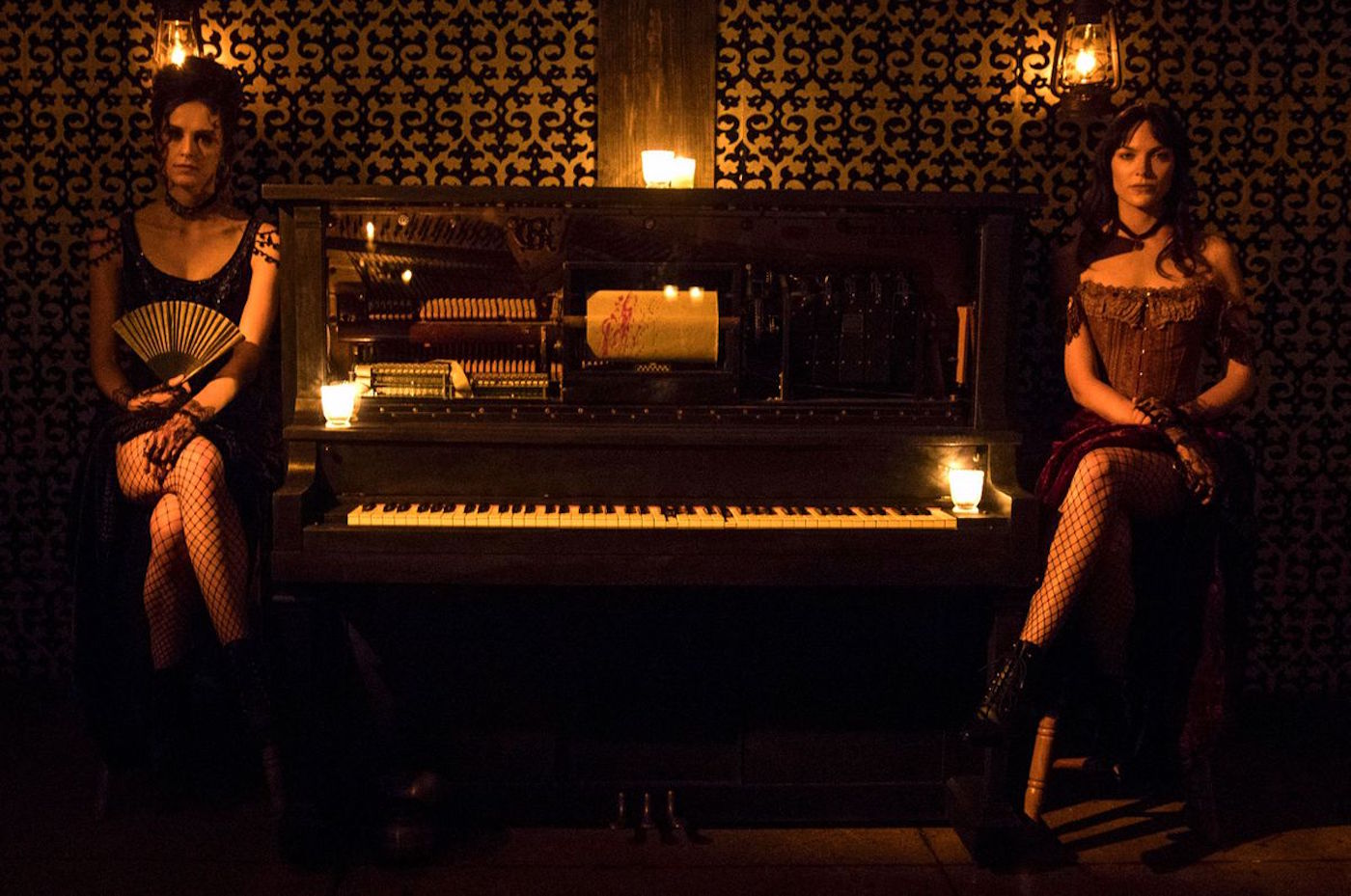 With questioning complete and hat in hand, it’s now time to enter a replica of the Mariposa Saloon in Sweetwater, where you are treated to tasty beverages. “Inside the saloon, guests receive three cocktails: A sweet sherry punch, and two extremely strong cocktails (the whiskey is 100 proof and the rum in the milk punch is ‘overproof’),” notes Khosla. “There isn’t time to do more than sip unless you chug, which means accepting that you’re going to be properly drunk for a little while.” Challenge accepted…

In the picture of the saloon’s piano above, it’s interesting to note that spatters of blood appear on the music scroll, similar to what we see in the first season 2 teaser.

As you enjoy your alcoholic beverages, you’re invited to chat with the saloon’s android workers, dressed similar to how Maeve (Thandie Newton) and Clementine (Angela Sarafyan) dressed in the first season. Alexander notes that one of the hosts even provided her some insight into what her black hat designation means. “‘A black hat signifies not accepting what is given to us,’ she said […] ‘It just means you want to decide for yourself what you’re allowed to do.'”

Your time in the saloon getting nice and tipsy only lasts for so long. Khosla explains the abrupt ending to her experience in detail: “The lights flickered and turned red. Delos security guards in protective gear came in to escort us out through the freight elevator, and back into the harsh light of day.”

And just like that, you’re thrust back into reality, still wearing the black or white hat that was so carefully selected for you. Both reporters had to take a few minutes to adjust back to the harsh realities of ‘normal’ life, and both kept their black hats on well past the ending of their experiences. Perhaps the guests who have found themselves in one of the parks at the beginning of season 2 will experience a similarly abrupt ending to their fantasies. I can’t help but think that security will be in the midst of locking down the parks and escorting guests to safety as we dive back into Westworld during its second season premiere. But, I guess only time will tell…

What do you think of ‘Westworld: The Experience’ now that you’ve been able to experience it secondhand? Will you have the opportunity to journey through it in person? Let us know!