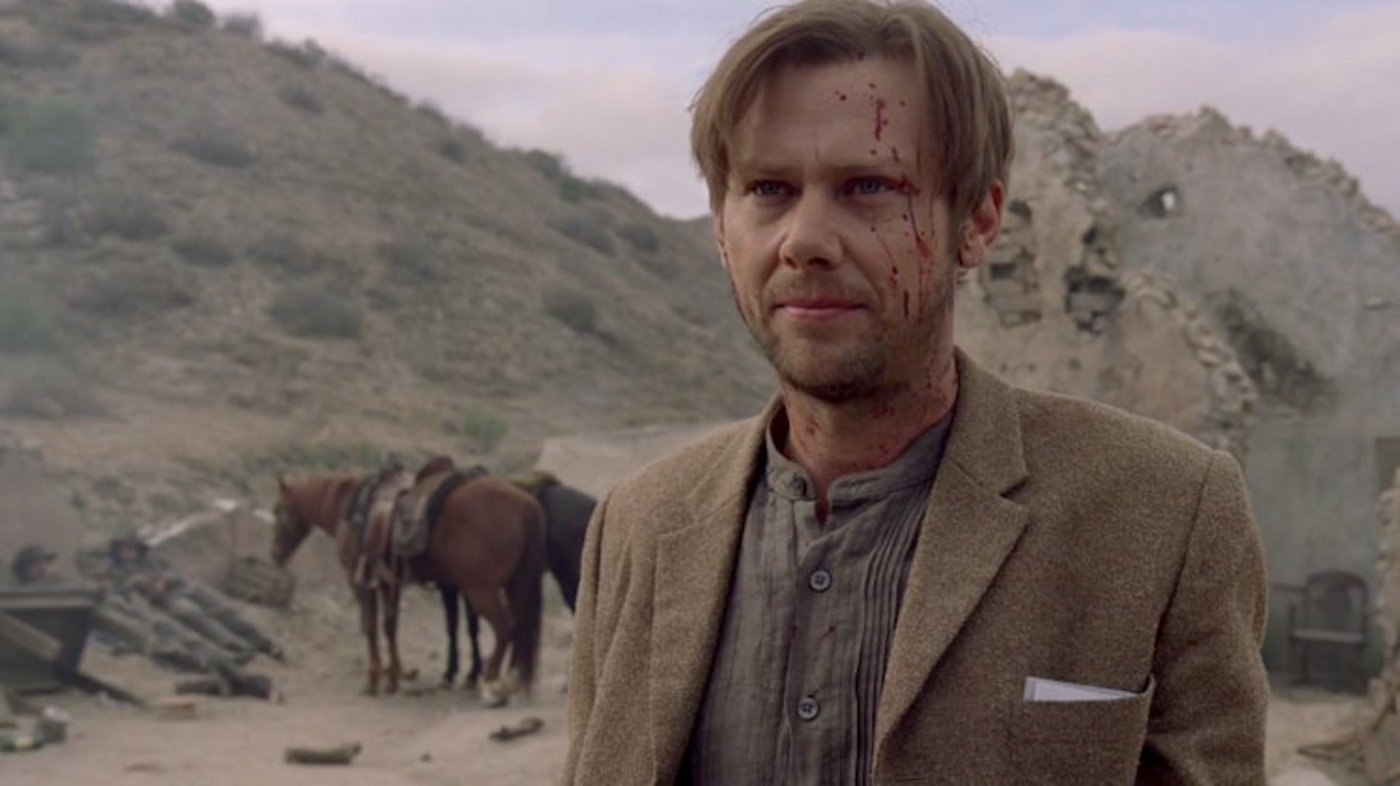 Jimmi Simpson turned out a memorable performance as William in Westworld’s first season. His portrayal of heroic William’s descent into darkness and evolution into the villainous Man in Black was both masterful and heartbreaking. Luckily we will get to see more of his backstory, as Simpson has confirmed he is returning to Westworld for season two.

If you can’t wait until then to catch Simpson on the small screen, he will be appearing in another technologically based drama later this year – Black Mirror. In an interview today with The Cheat Sheet, Simpson shares his thoughts about the show and how it compares to Westworld.

He adds, “They both believe, and I do as well, that material is pertinent, and it’s all talking about VR or artificial intelligence in general…Westworld is just a little bit more fantasy and Charlie’s scratching the surface of what is. So it’s kind of a little more immediate.” Simpson’s time on both series has opened his eyes to the future of this technology, as he says, “I think it’s given me more a little more awareness…I feel like I know a little bit more than last year by asking ‘What is happening? What is actually possible? And what would I do?’”