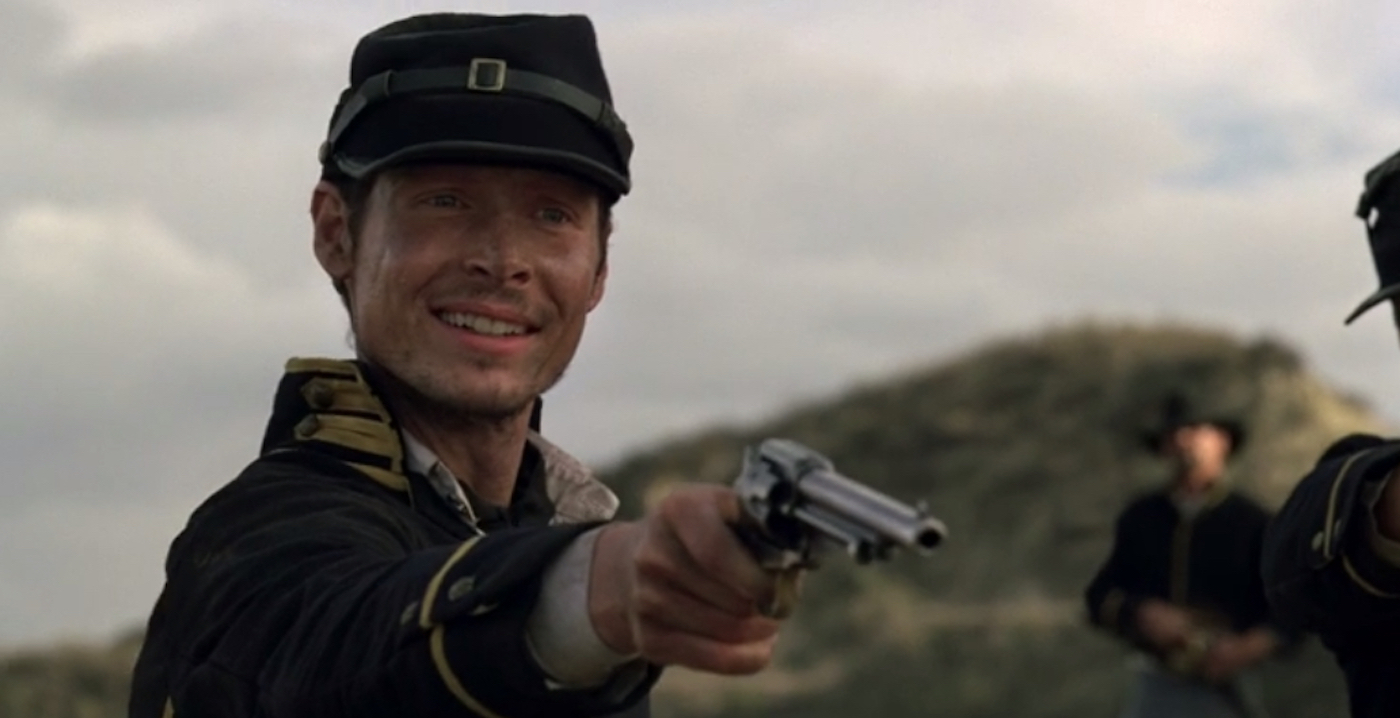 If there’s one thing we’ve preached about time and time again, it’s how amazing the cast is on Westworld. There’s an immense amount of firepower that was brought to season one from the likes of Anthony Hopkins (Dr. Ford), Evan Rachel Wood (Dolores), James Marsden (Teddy), and Thandie Newton (Maeve) – just to name a few – and I can’t wait to see how they continue to grow their characters in the upcoming season.

As important as the main cast members are to the show, the supporting cast proved to be just as indispensable over the first season. Whether these actors were brought on for multi-episode arcs, or for just a line or two, they all served an incredibly important role pushing the larger story forward and elevating the show to the next level.

A member of the show’s brilliant first season guest cast is Bret Eric Porter, whom you may remember from episode 6 (“The Adversary”) as the Union soldier who recognizes Teddy as he and the Man in Black (Ed Harris) attempt to sneak past a group of soldiers gathered at the entrance to a tunnel the duo need to pass through. After confronting Teddy at gunpoint and accusing him of helping Wyatt (Sorin Brouwers) ambush the Union outpost at Escalante, Bret’s character meets his demise at the hands of Teddy’s trigger finger.

We here at Westworld Watchers recently had the pleasure of interviewing Bret about his experience on the show, and what it was like to act alongside Marsden and Harris.

What initially attracted you to your role on Westworld? Did you know anything about the show prior to getting the part?

I knew ABSOLUTELY NOTHING about the show. I literally got the submission from my agent and then two days later I was in the casting office with [Westworld Casting Director] John Papsidera, who is amazing by the way. He’s one of the top CDs out there and consequently is entirely generous in his reads with actors. I’m convinced he should be an actor himself. Two days later I got the job and that Friday raced off to Melody Ranch for wardrobe, [and] shot the next week.

Westworld is known for keeping its actors in the dark until the last minute. How much did you know about your character and the scene before arriving on set?

I only knew what the scene gave me; no other source material or script was there so I had to draw my own conclusions as to the devastation laid by Teddy on my men at Escalante. The how’s and why’s I had to invent for emotional fuel to push the scene. And the character names differed in the audition from the actual scene we shot, as is customary with shows like that.

Your scene takes place in a pretty picturesque location. Where was it filmed?

Santa Clarita, CA. In the canyons. We were shuttled from base camp up into the middle of nowhere it seemed. Endless hilly terrain. [Co-creators] Jonathan Nolan and Lisa Joy have done amazing, obviously, at finding these remote locations that in and of themselves are cinematic. Add the amazing “humans” and you have yourself a visually stunning show.

What was it like to act alongside Ed Harris and James Marsden?

Like hitting a mini lotto. Ed is so easy with himself and playful. I found that refreshing. Didn’t seem like he took it too seriously while taking it entirely serious I’m sure. He really seems to enjoy the process and is actually a great physical actor which most people might not think about when they think of Ed Harris. As his stunt double put it, “Ed can do his own stunts; he doesn’t even need me but I think he humors me.” I thought that was great and I witnessed it when his entire body collapsed several times from a rifle butt to the head. Flexible in every sense of the word. I mean come on, it’s Ed Harris!

James was a cool cucumber, and I just thought, ‘here’s a consummate professional’ – very focused. He was right there with me locked into the circumstance; a very generous actor. And a native Okie I should add! I suppose that gave me respect for him even before I had respect for him.

Episode 6 director Frederick E.O. Toye is well known for his work in television directing. What was it like being directed by him?

Fred was pretty awesome in his efficiency. He was brief to say the least but when we got down to the nitty gritty of the scene he allowed me to explode a few takes and then bring the rage inward – the proverbial lid on the boiling pot. But yes he seemed to work out the logistics pretty quickly and support his actors at the same time. I reckon that’s a tough juggling act.

It must not be easy getting ‘shot’ over and over again to capture a scene. What was that experience like?

Sore! That’s why I had a hip replacement (kidding). But yeah, sore. And I suppose that was the easiest part of it all; he shot me dead and I basically disappeared out of frame so there was no struggle. Ultimately it wasn’t about my death. I still think I got the drop on Flood though!

The Westworld fandom loves theorizing about the show. Do you have any theories of your own?

Yes. Humanity never actually existed. Oooohhh ahhhh…. No, I have no idea. Hurts my brain to think about. However I hope that eventually it leads to the proof or disproof of God’s existence through mankind’s belief in itself as Gods creating mankind. And hopefully it doesn’t devolve into Lost-like eventualities. Although I loved Lost….

Bret is currently shooting a pilot called Soiled Doves, which he describes as a story focusing on the realities of female prostitutes in the late 1800’s…with a sci-fi twist! He’ll also soon be starring in a feature titled ManBox in which he plays a DJ that finds himself stranded out in the desert with his bandmate after an assault as they are forced to question how they could have committed the act they did.

You can check out Bret’s reel below (which includes his Westworld scene, as well as a scene from the short film The Awareness) and follow him on Instagram.