We’ve known for months that Westworld would be returning this spring, but until now we were left to speculate on a date. Thankfully, one of the cast has made the guessing game a little easier courtesy of his latest Instagram post!

Yesterday, Westworld star Jeffrey Wright (Bernard Lowe) took to the social media platform to share some fan art and proceeded to tease his followers about the show’s return. 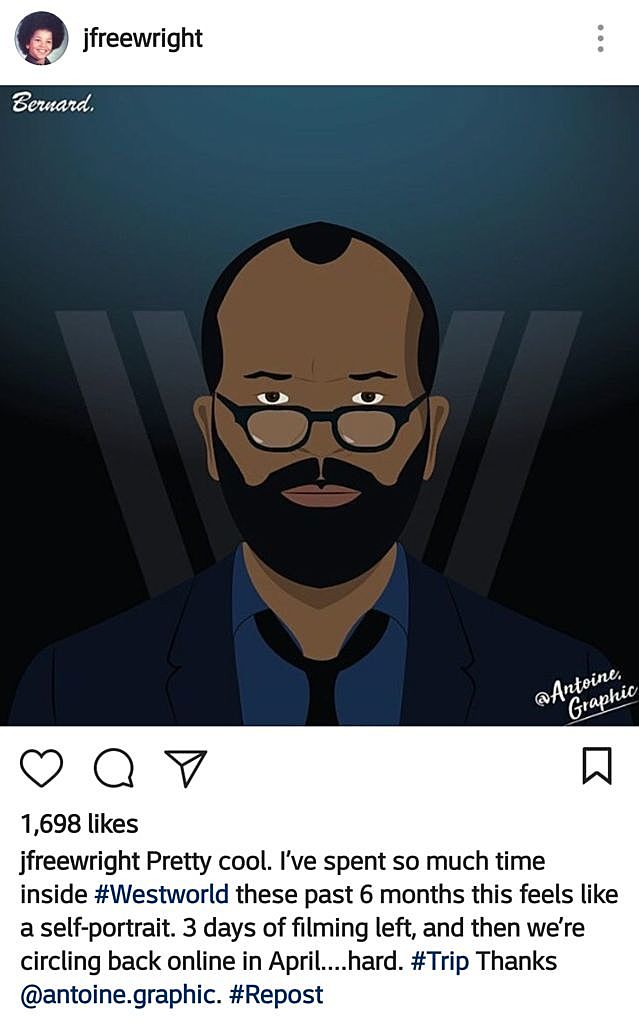 Wright has since edited the post to say “spring” instead of April, so the month may not be firm yet – or perhaps the powers that be just weren’t ready to reveal it. April is certainly a prime spot for Westworld‘s return, as for years it was the traditional premiere month for HBO’s other big-budget, critical and commercial hit, Game of Thrones. With Thrones delayed until 2019, having Westworld fill the gap makes sense.

Just wrapped the last full week of filming for #Westworld Season 2. Two more days to go. Ready for another trip, this Spring? Get your bags packed.

What do you think, Westworld fans? Is the premiere just three short months away?