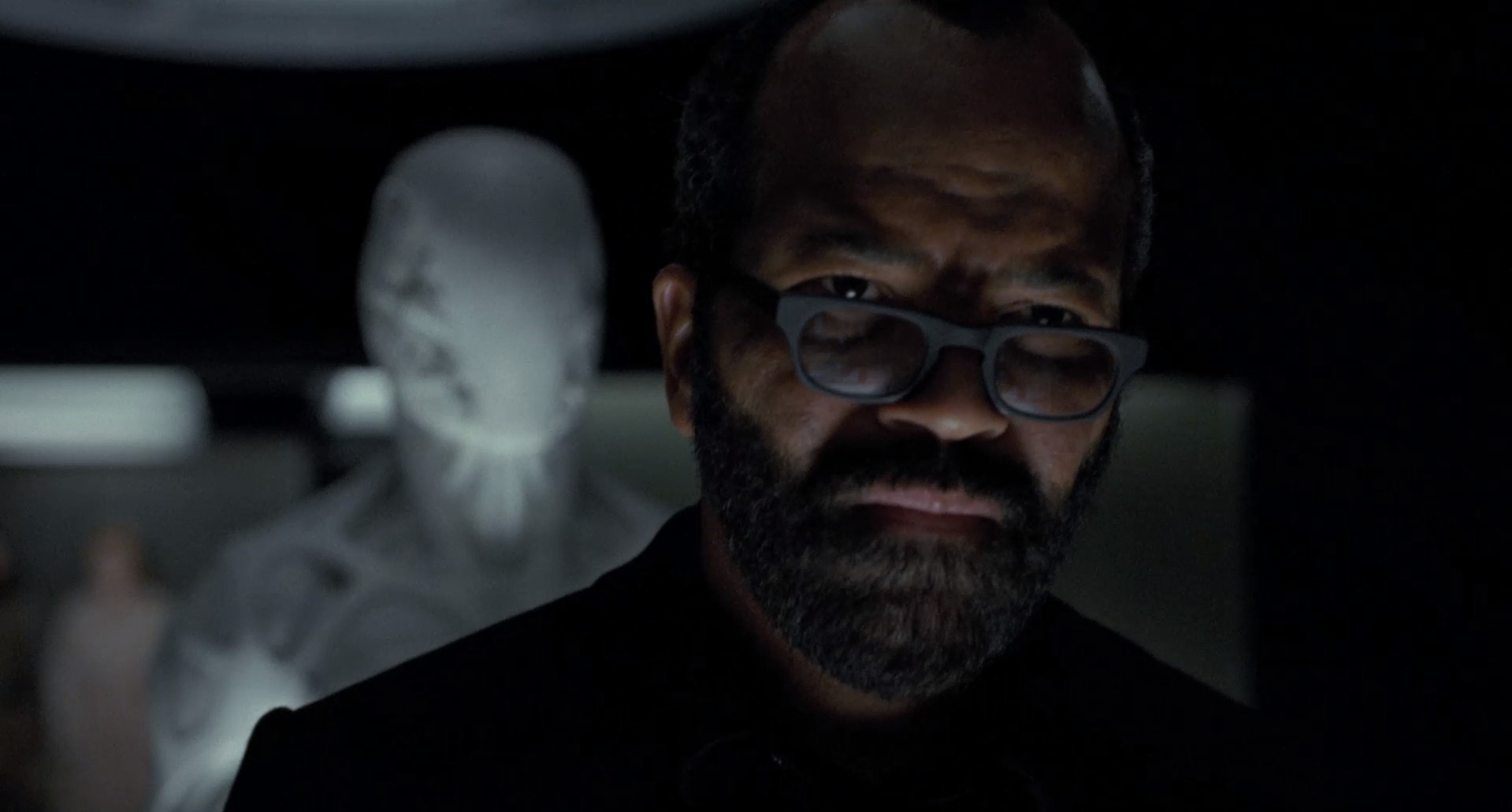 One of the most notable images to come out of Westworld‘s first official season 2 trailer is the faceless white host-like thing that creeps behind Bernard (Jeffrey Wright) as he stares intently at something behind the camera. There have been plenty of rumors and speculation into what this being could be, but now, we have some brand new insight from co-showrunner Jonathan Nolan.

Speaking with Entertainment Weekly, Nolan reveals that the being is called a “drone host,” and that there are supposedly others scattered throughout the Delos playground:

“The drone hosts relate to the corporation’s secret project which is hidden in plain sight in this park. As we talked about in the pilot, the park is one thing for the guests, and it’s another thing for its shareholders and management — something completely different. We’ve used the Google analogy — for consumers, it’s for search and email, yet for the company, it’s for advertising. There is an agenda here that Delos has undertaken for a very long time. As Bernard is making his way through the wreckage of the fallout from the first season, he’s discovering things about the park that even he doesn’t know and coming upon creatures like the drone host.”

The plurality of the word ‘creatures’ suggests that there may be additional weird androids out there that we’ve yet to discover, and something tells me we’ll be getting better acquainted with them in the upcoming season.

In other news, returning cast member Jimmi Simpson (William) recently chatted with Collider, during which he spoke about his Westworld character and what’s to come in season 2.

When asked if the questions he had after the first season are answered in the upcoming season, Simpson answered, “I think so.” While Simpson’s now-answered questions could have been about anything related to the show, it’s tough not to think that he was interested in understanding his character more, specifically about the continued transition from innocent William to the Man in Black (Ed Harris). With the return of Logan (Ben Barnes) in season 2, it’s possible a reunion will only push William further into his future ruthless persona.

Simpson was also asked if season 2 will be anywhere near as mind blowing as the show’s freshman run, and provided this cryptic yet insightful answer:

“In the David Cronenberg film Scanners, there’s a scene where Michael Ironside is demonstrating his psychic abilities. If your mind was blown by the first season, then in Season 2, you’re definitely the guy with glasses that gets the dark side of Ironside.”

Translation: we should expect our minds to be taken on a journey that surpasses the craziness of the first season. To which I say, bring it on!

Check out the rest the EW and Collider interviews, and let us know what you think!