The season two premiere of Westworld is drawing ever closer, and promotion for the series is quickly gaining steam! Today Entertainment Weekly brings us the news that Westworld is this week’s cover story, as well as providing a video from the photo shoot and exclusive new photos. Read on for more details from the cast and crew about what we can expect from our favorite characters this season.

Jeffrey Wright (Bernard Lowe) wastes no time in amping up the excitement. “The scale of season 2 is just nuts, literally right out of the gate,” he says. “It’s so much more expansive, it makes the first season look like a little kitchen drama compared to where we are now.” Showrunner Lisa Joy agrees. “The leashes are off. The hosts are now literally able to define themselves. But the question is: How far are you willing to go until you become a reflection of the evil you’re trying to fight?”

It’s a difficult situation, and Wright’s character may have the hardest time adjusting. “Bernard is in a kind of interesting place relative to this host rebellion, because he’s the one character who really has a foot in both worlds,” Wright admits. Of course, Dolores Abernathy will have her share of problems as well. “Dolores is at the front lines [of the rebellion],” according to Evan Rachel Wood. “I think what we’re going to see from her this season is a newfound strength and intelligence, but underneath all that there’s still this vulnerable woman who feels the weight of the burden of what she has to do and what she has to carry out.”

Co-showrunner Jonathan Nolan sums up the direction the show is taking, saying, “We want to feel like the show is rocketing ahead. The first season was a journey inward, this is a journey outward. It’s a search for what else is in the park, and what else is beyond the park.” It looks like we will indeed get to see other parks, and perhaps the world outside as well.

You can pick up the Westworld issue of EW in stores tomorrow or online here.

Check out the full gallery over at EW! 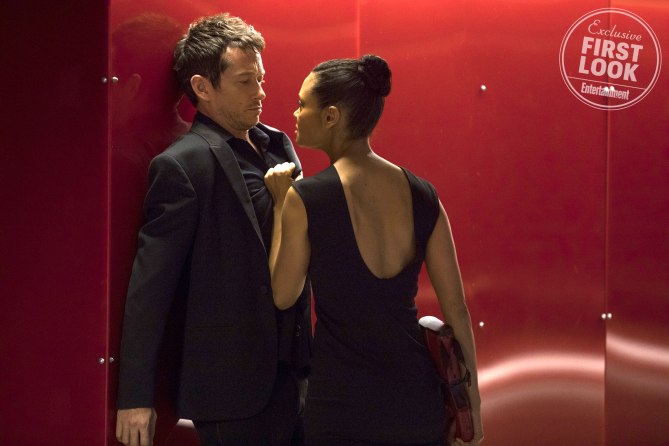