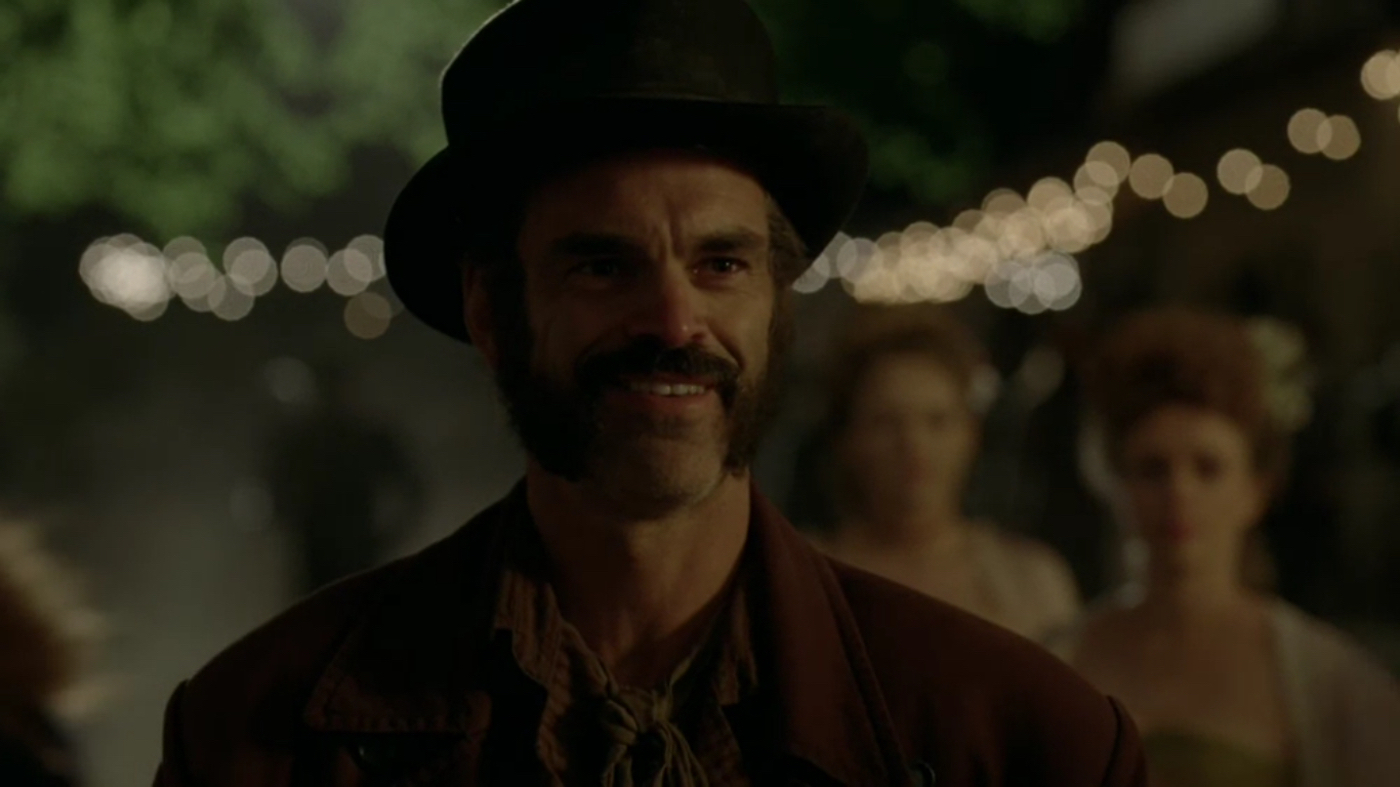 One of the more memorable minor characters from Westworld‘s first season was the delightfully wicked host Rebus, played by Steven Ogg. Rebus and his band of villains played a small but crucial role in Dolores’ narrative: terrorizing the Abernathy ranch and killing her parents (not to mention having a strange and comical obsession with milk). Ogg is more well-known for playing another villain – Negan’s right-hand man, Simon, on The Walking Dead – but thankfully he will get another chance to make his mark on Westworld when it returns to our televisions next month!

In an interview with ComicBook.com, Ogg confirms we will see his character in season two, saying, “Rebus continues to be around, which is good. Not as much as I would like, but that’s just me maybe being greedy. I mean there’s definitely not as much Rebus as I want more, I want more, but there is, certainly, some fun Rebus to be had. I was very, very excited to do what I did.”

When we last saw Rebus in the season one finale, he was being used for target practice during the new narrative celebration. Members of the Delos board took turns shooting glasses off of his head, eventually missing and shooting him in the shoulder. Perhaps that’s why Rebus had such a look of delight by episode’s end, as he watched Dolores massacre the party guests. Will we see him take part in the carnage next season?

Unfortunately Ogg can’t reveal much. “I at least had a super, super fun episode. Let’s put it that way.” He may be sworn to secrecy, but he doesn’t conceal his excitement for what’s to come next season. “There’s definitely fun stuff,” Ogg admits. “And the show is just as amazing as ever, and it just continues to dig deeper and have these amazing people in it. So, it’s going to be just as tricky, just as wild, just as wonderful, hopefully, as season one.”

Here’s hoping Rebus continues to bring the mayhem – and the milk – to our screens.

One response to “Steven Ogg Returns to Westworld for “Wild” Season 2!”