Dolores Abernathy’s journey in Westworld‘s first season was a difficult one. She repeatedly watched her loved ones be killed – and was herself continuously assaulted and abused – all for the enjoyment of wealthy guests of the park. Fortunately, Dolores finally awakened from her nightmare and found the strength to fight back by the season finale.

It was a case of art imitating life, as Evan Rachel Wood admits to the New York Times. In the interview, she discusses her experience playing Dolores and how it has helped her cope with her painful past.

According to Wood, Westworld “completely transformed” her life by making her confront her demons. “[Dolores’] journey mirrored so much of what I had been through and what I was going through,” Wood confesses. “It gave me a strength that I did not know I had.”

Westworld showrunner and co-creator Lisa Joy had no doubts that Wood was strong enough to bring the character of Dolores to life, however. “With Evan’s character, I wanted to explore a hero who has flaws and had a history that was trauma and sadness, but who could overcome that,” Joy says. “Evan – because she is so strong and she is that person – was able to unleash even more of that strength than I imagined.” 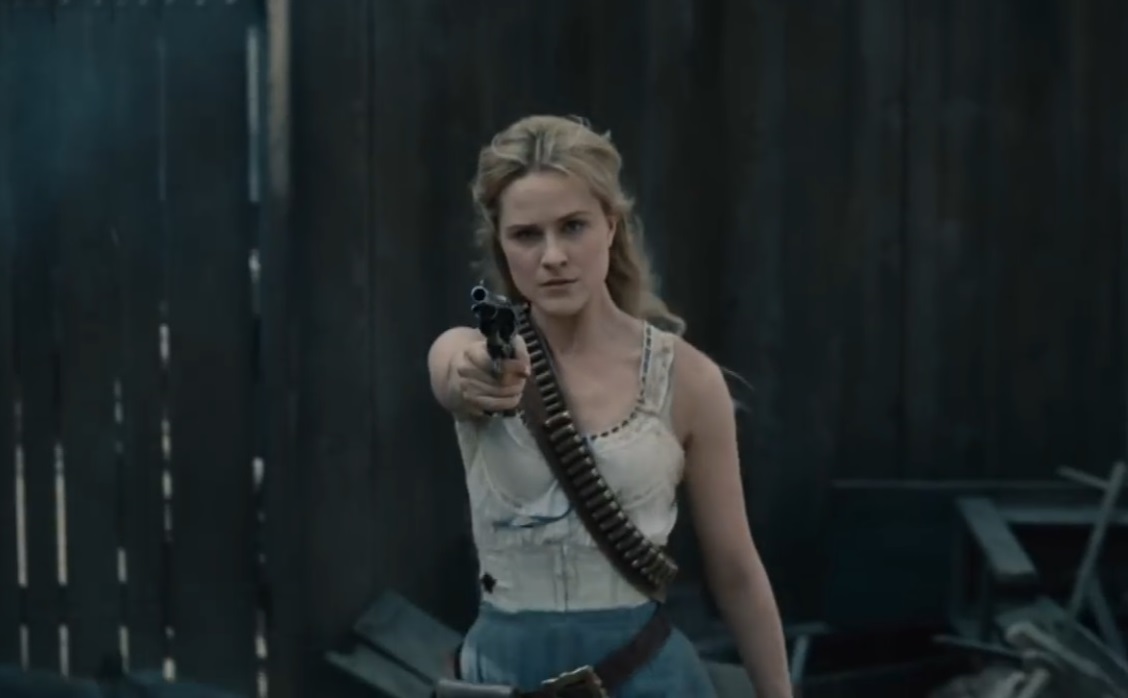 Before Wood could overcome the sadness in her own life, she had to face it head on. She admits that her coping method as as sexual assault survivor has always been to “go numb and power through.” That all changed after she finished filming season one. “I hadn’t even cried about my experiences until after Westworld,” Wood explains. When she finally allowed it to happen “it was like the floodgates opened. It just felt like an exorcism; it was so painful but so healing.”

Time and perseverance have helped Wood work through her emotions and be at peace with her past, so she found it challenging to play a violent and vindictive Dolores while filming season two. “I’ve worked for a very long time to not be angry and vengeful, so it was hard to take pleasure in that, even though I knew that the character had definitely earned it.” We can only hope Dolores eventually finds the peace Wood has achieved in her own life.

The entire interview is well worth a read – check it out over at the New York Times.