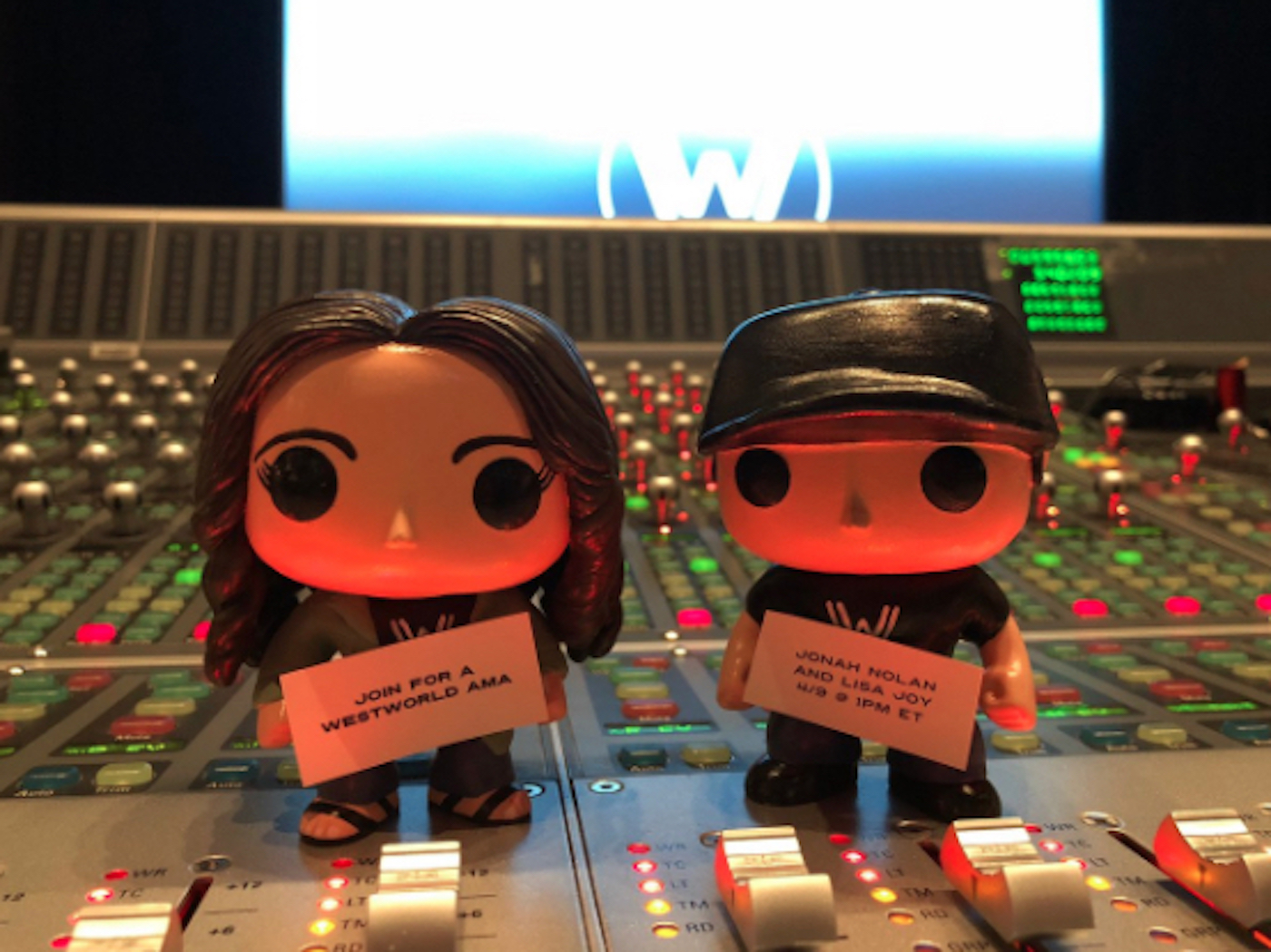 With less than 2 weeks left until Westworld‘s second season premiere, we’re beginning to learn more and more about the sophomore run. Of course, everyone is still being super secretive and vague, as is the Westworld way, but co-creators Jonathan Nolan and Lisa Joy have at least given us a bit more context about why they chose to introduce Shogun World, and how much fans can expect to see it this season.

The duo recently sat down with Entertainment Weekly to divulge these new details. Having both grown up watching Asian films, Nolan and Joy knew they wanted to pay homage to the film style. In addition, they saw Shogun World as an opportunity to expand the overall scope of Delos and its reach. “Part of the reason we’re going to Shogun World instead of to Roman World or Medieval World is, yes, you saw those in the original film,” says Nolan. “But also if you’re doing a theme park, you wouldn’t limit it to the Western European or North American experience. You’d try to reach a global audience. So the idea is you have a texture here that’s totally different.”

Another detail fans have been wondering about is how long the show will spend in this new and immersive world. Nolan offered an answer to try to satisfy this question:

“We want to try and gently temper expectations. Most of our season is spent in Westworld — the eponymous Westworld. But we do get a chance to glimpse some of the other worlds. And we have a couple of episodes that are spent in Shogun World with one of our storylines, while our other storylines continue elsewhere. So I say we’re trying to temper expectations, except to say that I think the stuff we did for Shogun World is spectacular.”

Given what we see in the show’s latest trailer, could Nolan be referencing Maeve’s (Thandie Newton) storyline as the one focused on in Shogun World? Or is it just a coincidence that we see her wearing a kimono?

Check out EW‘s full interview, and let us know what you think!

Nolan and Joy also found some time earlier today to do a Reddit AMA and answer some fan questions.

When asked about whether or not Nolan and Joy had Anothony Hopkins (Dr. Ford) in mind when writing for the character, Nolan had no problem with his admission:

“Yes. Very much. I always find it distracting to write with a particular actor in mind (unless you’re working on an ongoing series / move franchise etc). Especially when you’re first trying to think through who that character is, what their voice is, etc. But sometimes you get someone in your head when you’re writing and you can’t get ’em out. Ford was always Sir Anthony for us. And we were incredibly fortunate that he felt the same way.”

Another question had to do with how the duo come up with their music selections, particularly well known songs like “Heart-Shaped Box” that composer Ramin Djawadi beautifully covers. “I worked in the movies for years with my brother [Christopher Nolan] and he was never very keen on using popular music,” writes Nolan. “Which I totally get […] But I would always have suggestions and thoughts for what music we could be using. I write listening to music (Lisa doesn’t — every writer is different) and I would have these extensive lists of things I thought would work.”

Westworld star Jeffrey Wright (Bernard) also decided to drop by the AMA and have a little fun. “Are you two human, AI, or AI evolved to deny it?” writes the actor. To which Nolan and Joy respond with a series of commands telling him to cease all motor functions and enter analysis mode.

Check out the co-creators’ full AMA, which includes the entire humorous interaction between them and Wright, and let us know what you think!

Nolan has posted the following on the AMA page:

Many thanks for your great questions and thoughts. As I’ve said before, I’ve been a member of the reddit community for years (no I’m not going to share my original username…). And I greatly enjoyed watching the friendly folks at this subreddit guess the twists and turns of the season.

It creates a larger problem for us, though, in terms of the way your guesswork is reported online. ‘Theories’ can actually be spoilers, and the line between the two is confusing. It’s something we’ve been thinking about since last season. The fans of Game of Thrones, for instance, rallied around and protected the secrets of the narrative in part because they already knew those secrets (through season 5).

We thought about this long and hard, and came to a difficult (and potentially highly controversial) decision. If you guys agree, we’re going to post a video that lays out the plot (and twists and turns) of season 2. Everything. The whole sordid thing. Up front. That way the members of the community here who want the season spoiled for them can watch ahead, and then protect the rest of the community, and help to distinguish between what’s ‘theory’ and what’s spoiler.

It’s a new age, and a new world in terms of the relationship between the folks making shows and the community watching them. And trust is a big part of that. We’ve made our cast part of this decision, and they’re fully supportive. We’re so excited to be in this with you guys together. So if this post reaches a 1000 upvotes we’ll deliver the goods.

At the time this update is being written, his note has 146 upvotes.

My immediate reaction is to think that this is a joke, but Nolan’s tone and the sincerity of his message make it hard not to think he and Joy will follow through on this promise. While I personally try to do what I can to avoid major spoilers with the intention of enjoying the twists and turns as they happen during the episodes, I can understand why some folks are just too eager to know what happens and are willing to spoil themselves all at once to accomplish this.

Do you think this note is legit? If so, do you think releasing the entirety of the plot before the season airs is the smart thing to do, or will it just lead to spoilers being posted everywhere?