Westworld Dazzles with Premiere Events Around The World! 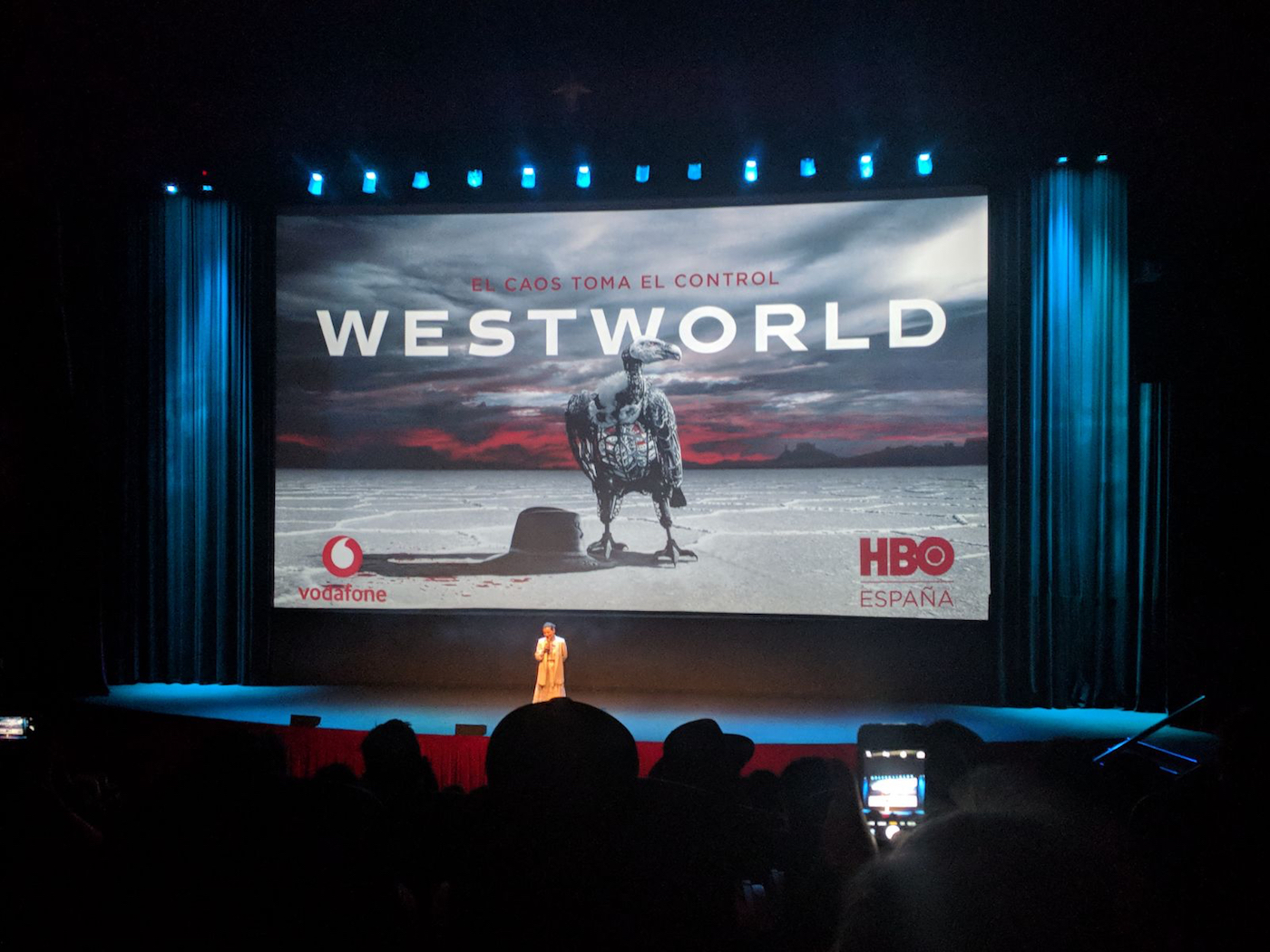 Premiere week for Westworld‘s second season is officially on, and with it come fantastic details about the premiere events held in Los Angeles and Spain this week!

First, we begin in Spain, where Westworld held a completely immersive premiere event, reminiscent of the one we saw a couple months ago at SXSW. Before viewing the actual premiere episode, guests were treated to a live-action show, featuring hosts and Delos workers acting out a variety of different scenes. Lucky for us, Javi Marcos from Game of Thrones Spanish website Los Siete Reinos and friend to our sister site Watchers on the Wall was in attendance, and provided Westworld Watchers with pictures of the entire experience. Let’s jump on in!

As guests arrived, they entered into a room decorated to look like the reception room at Delos headquarters, where they were asked a single question: are they pro or against law? They then received a cowboy hat (all of which looked to be black), and were ushered along into another room, where they encountered Delos staff members repairing and analyzing hosts. 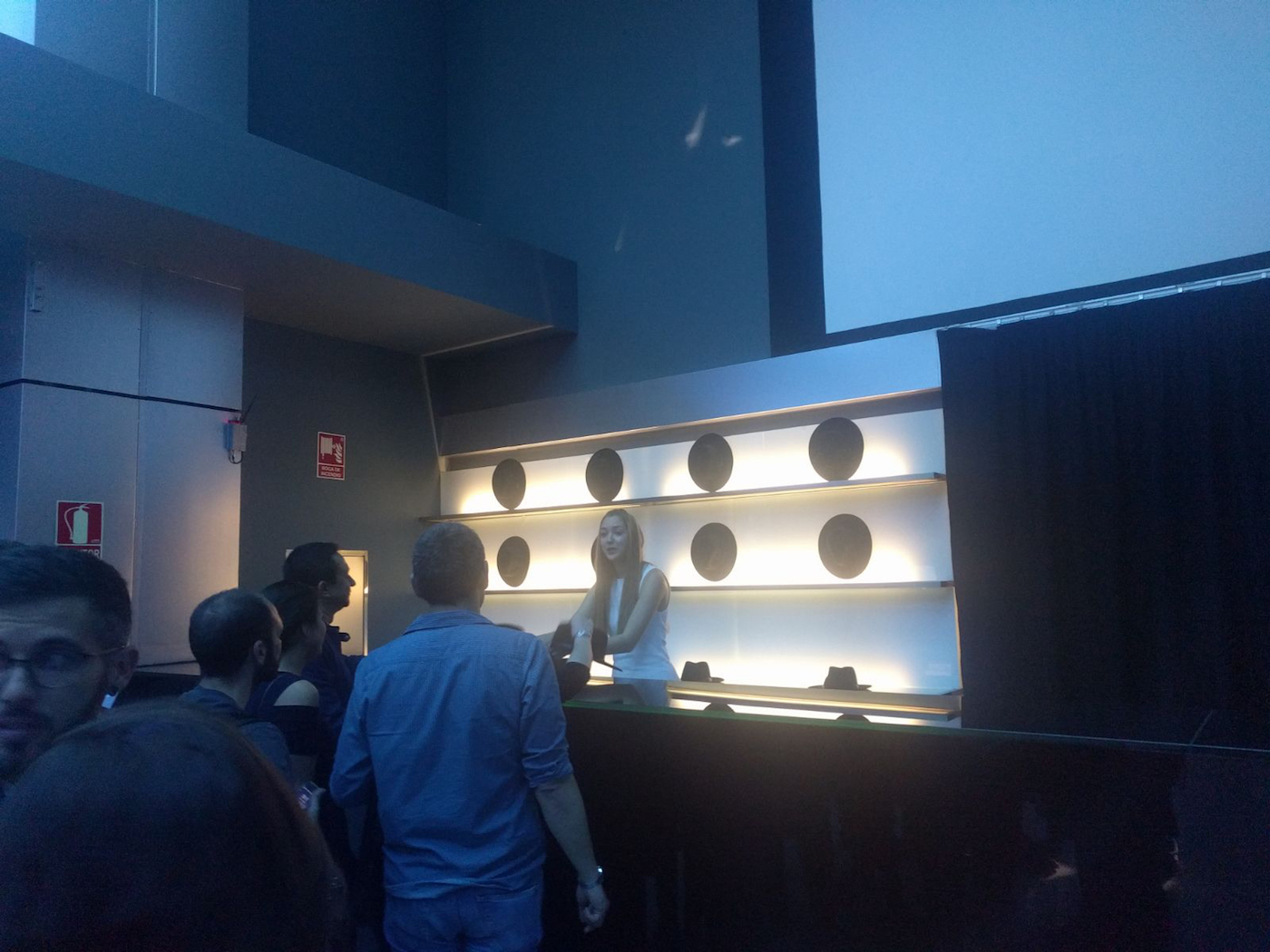 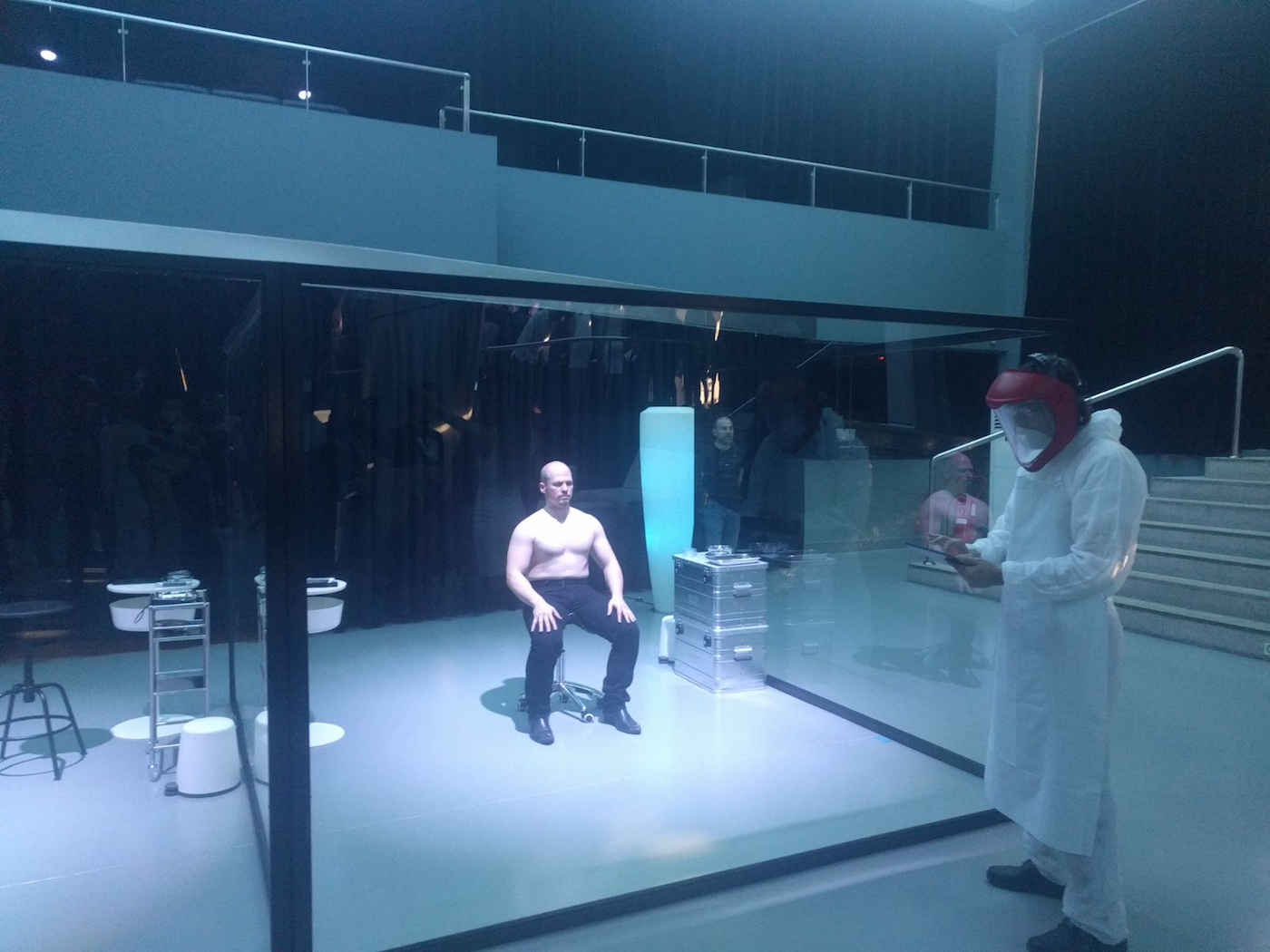 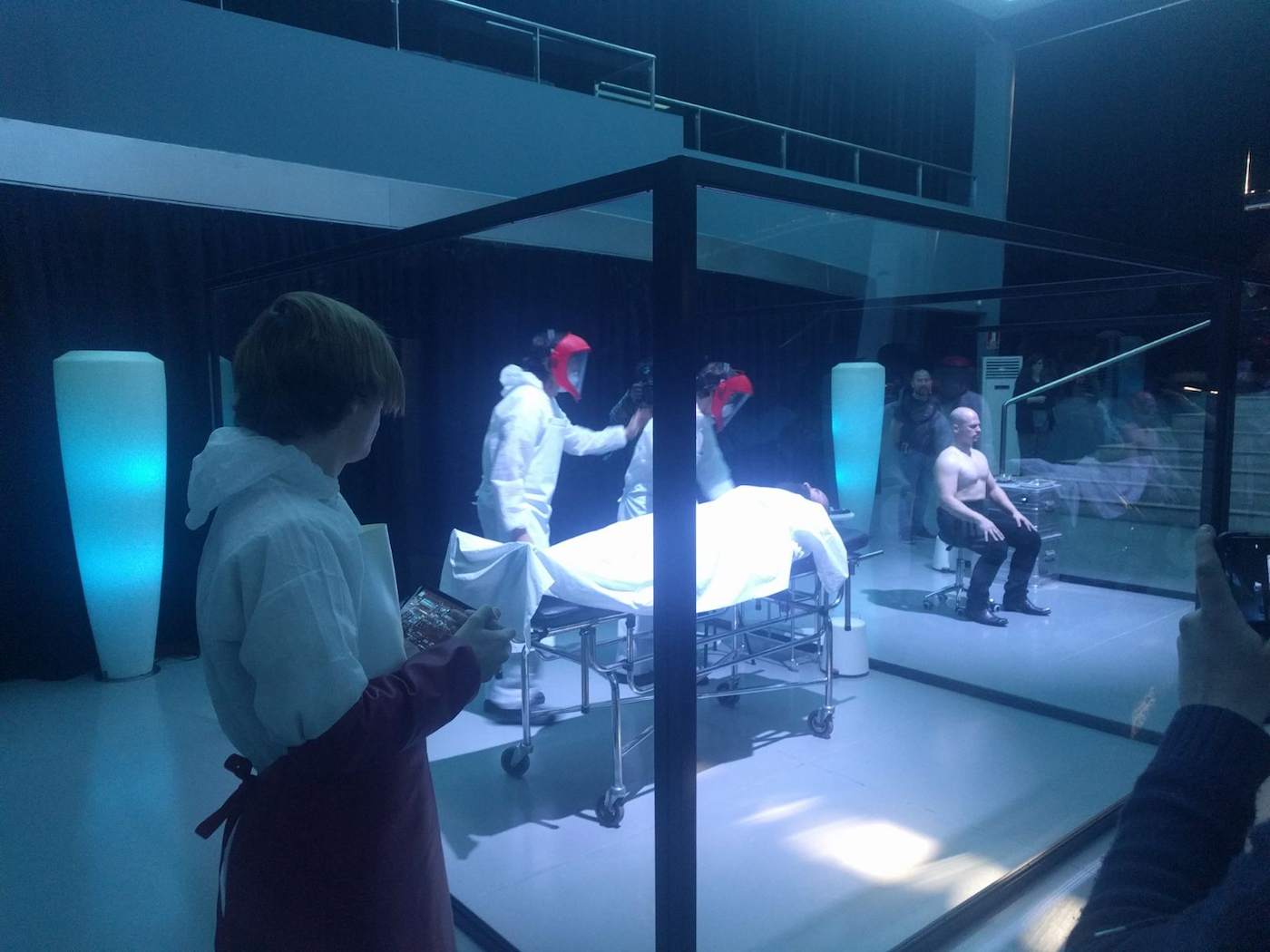 From there, guests were led into a saloon, where mistresses, poker dealers, and bartenders awaited. Guests could walk around, have a drink, interact with the hosts, and even sit down for a hand of poker. 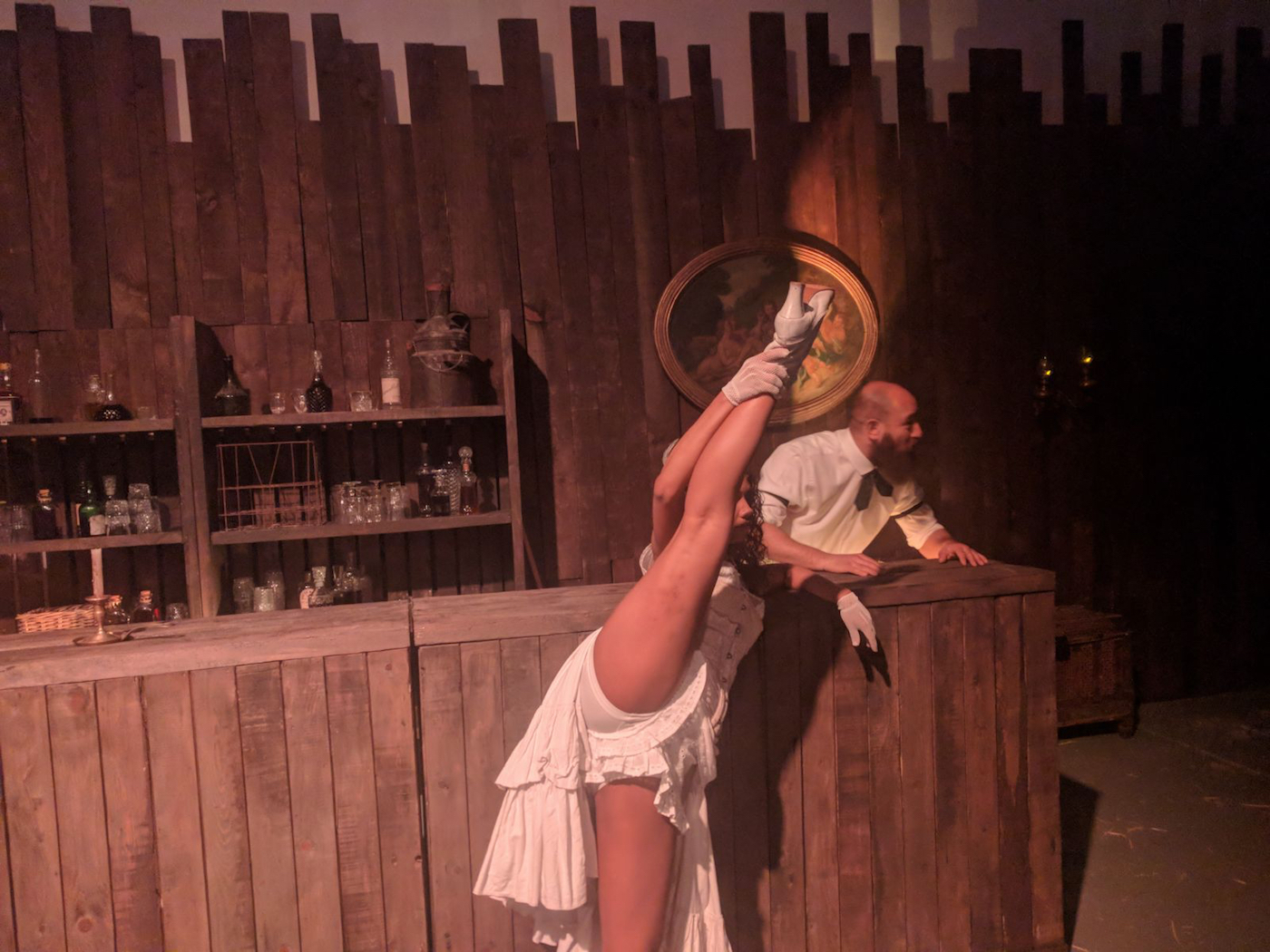 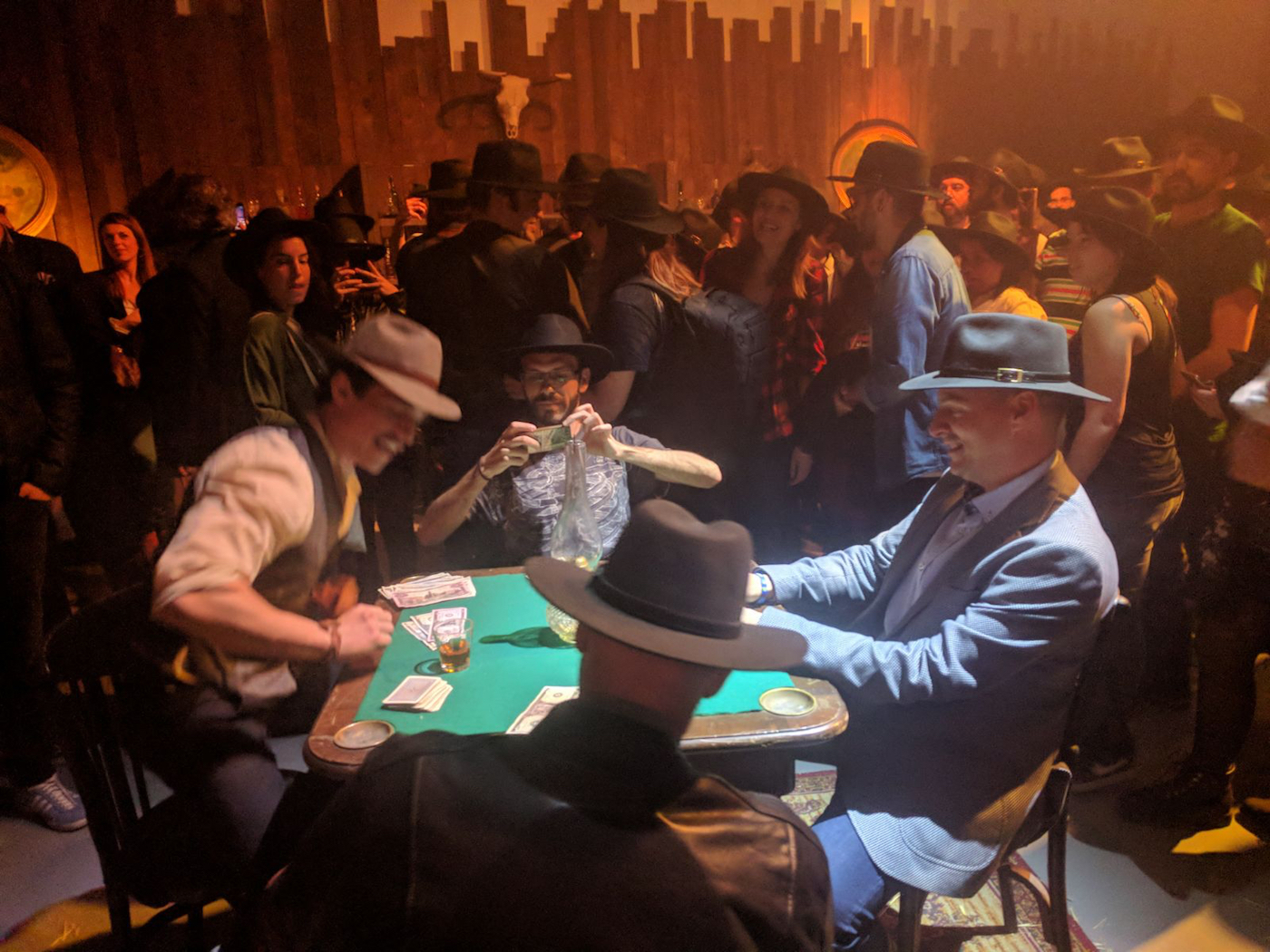 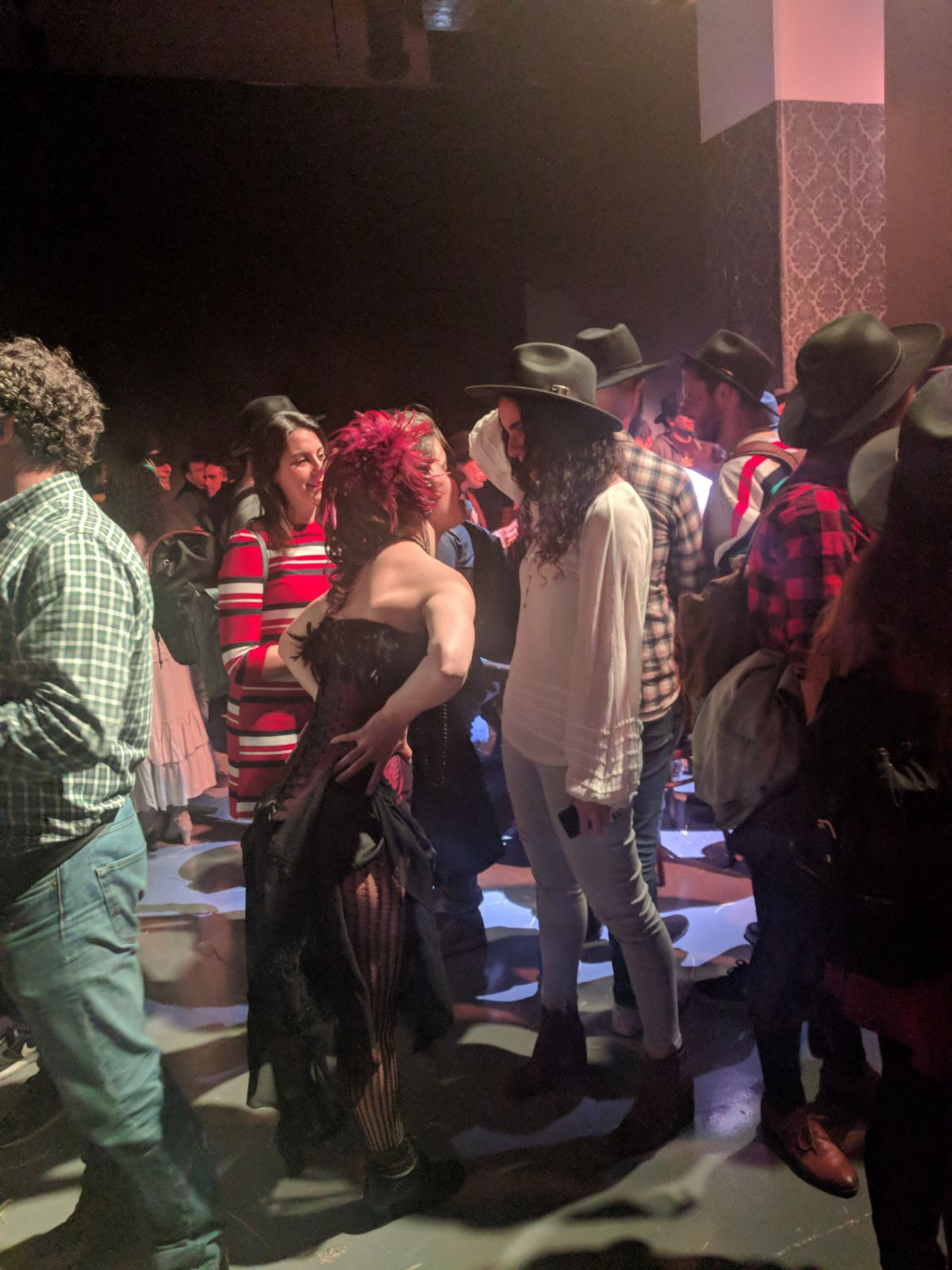 Guests were then treated to an on-stage dance, but only for so long. Out of nowhere, a gun fight broke out between a drunk sheriff and a criminal. Shots were fired and some bottles actually exploded as the mayhem unfolded, much to the delight of the guests, who, like actual Westworld guests before the host uprising, knew they were in no danger as the fight took place. 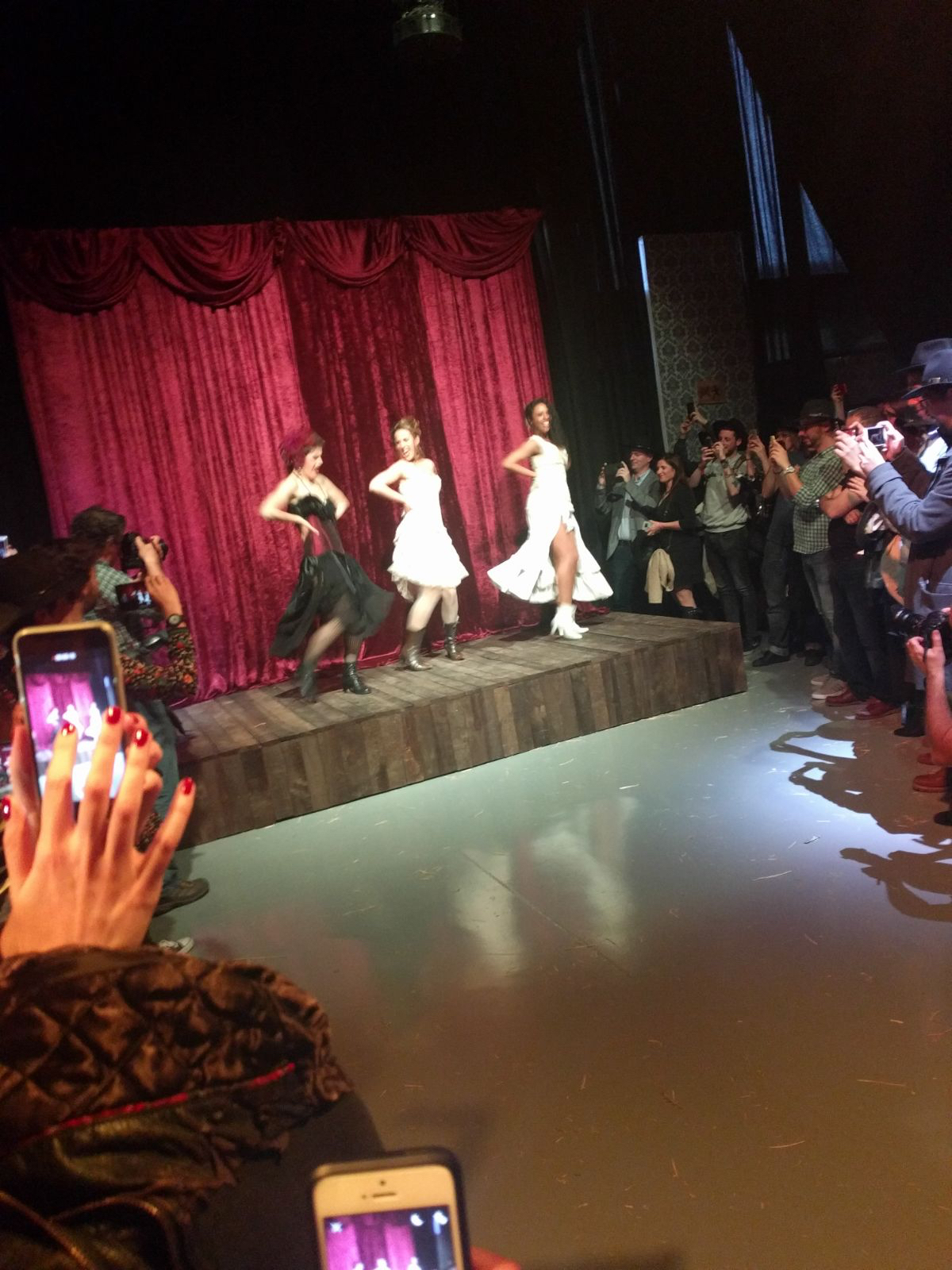 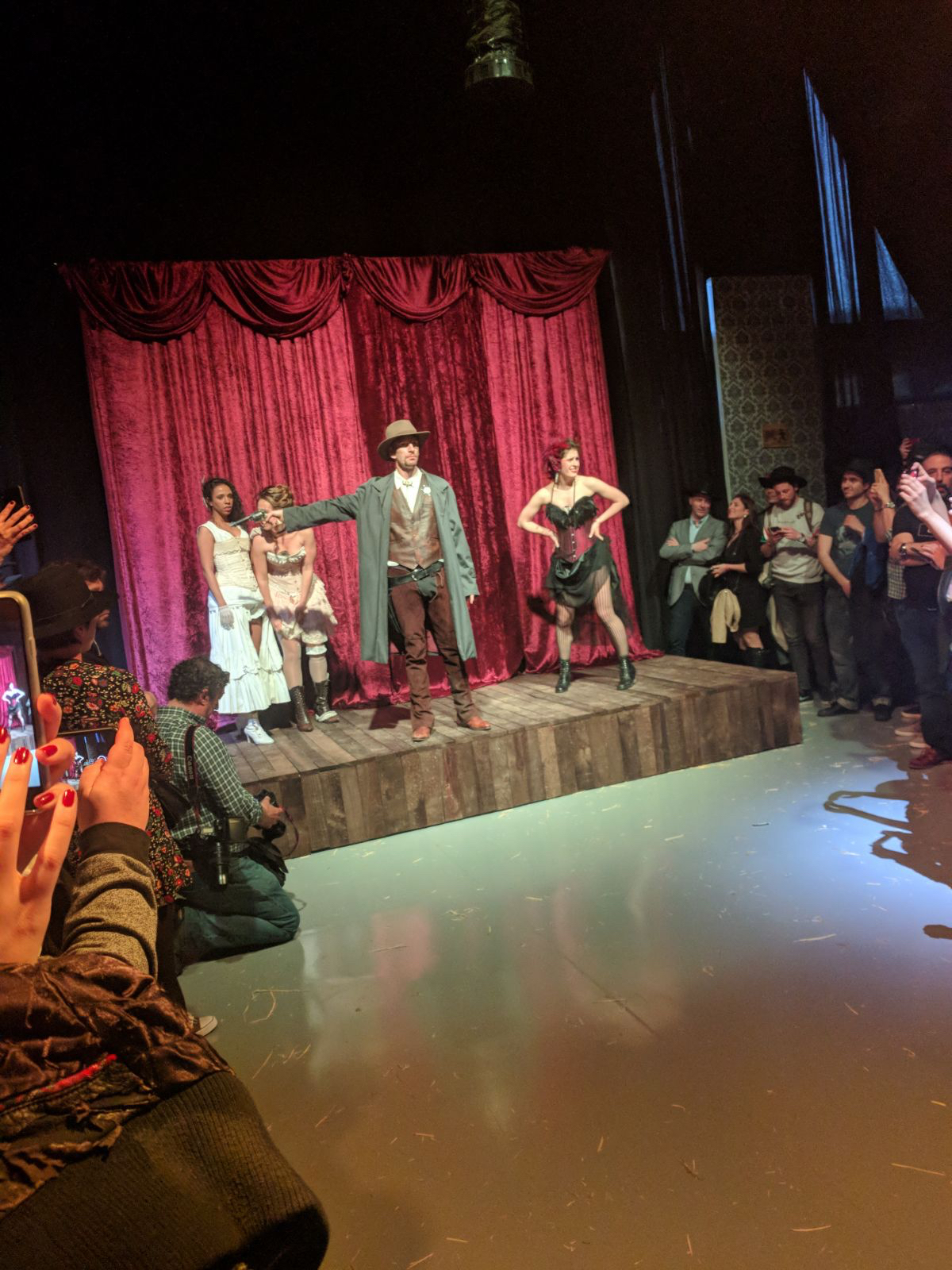 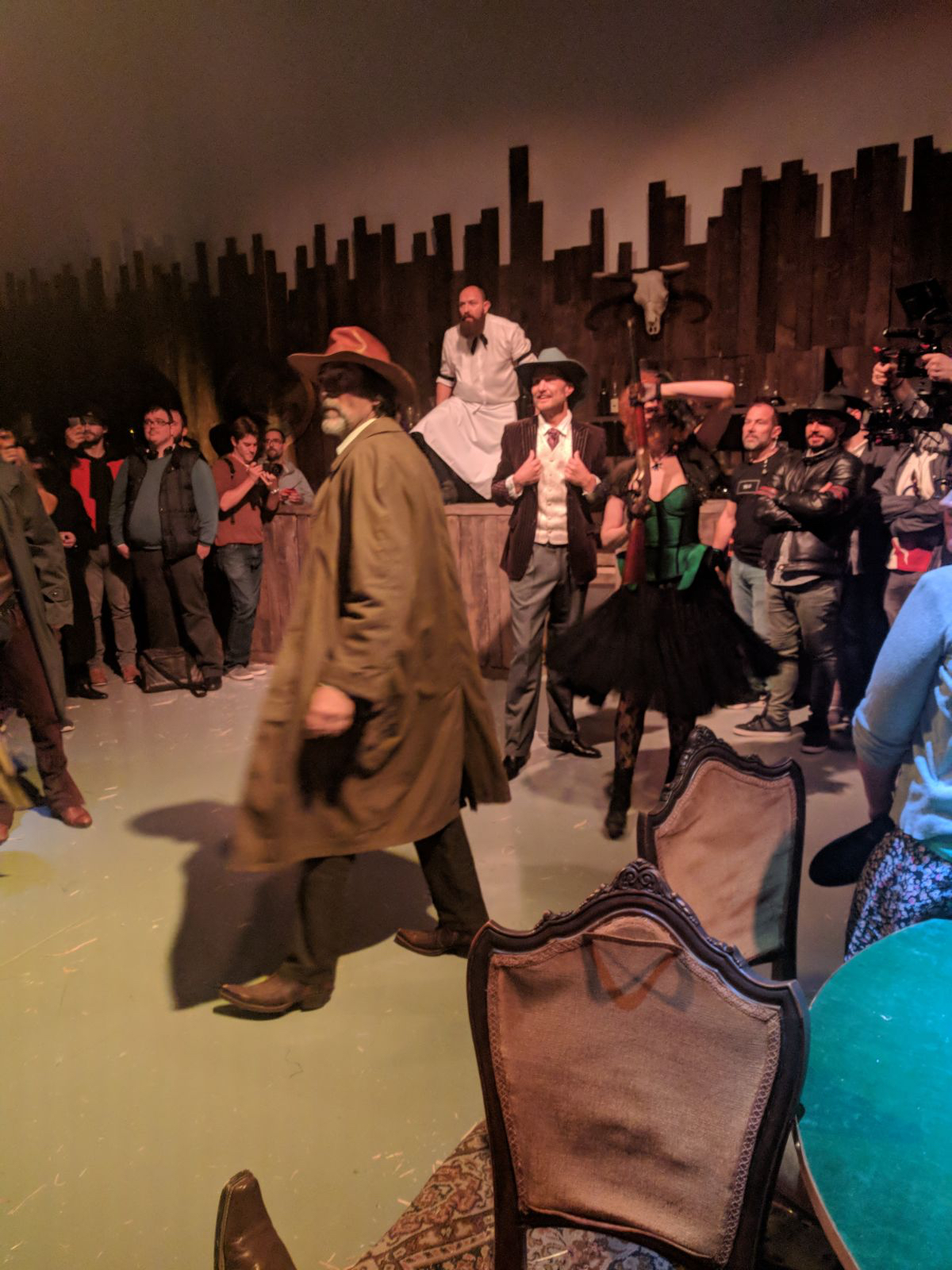 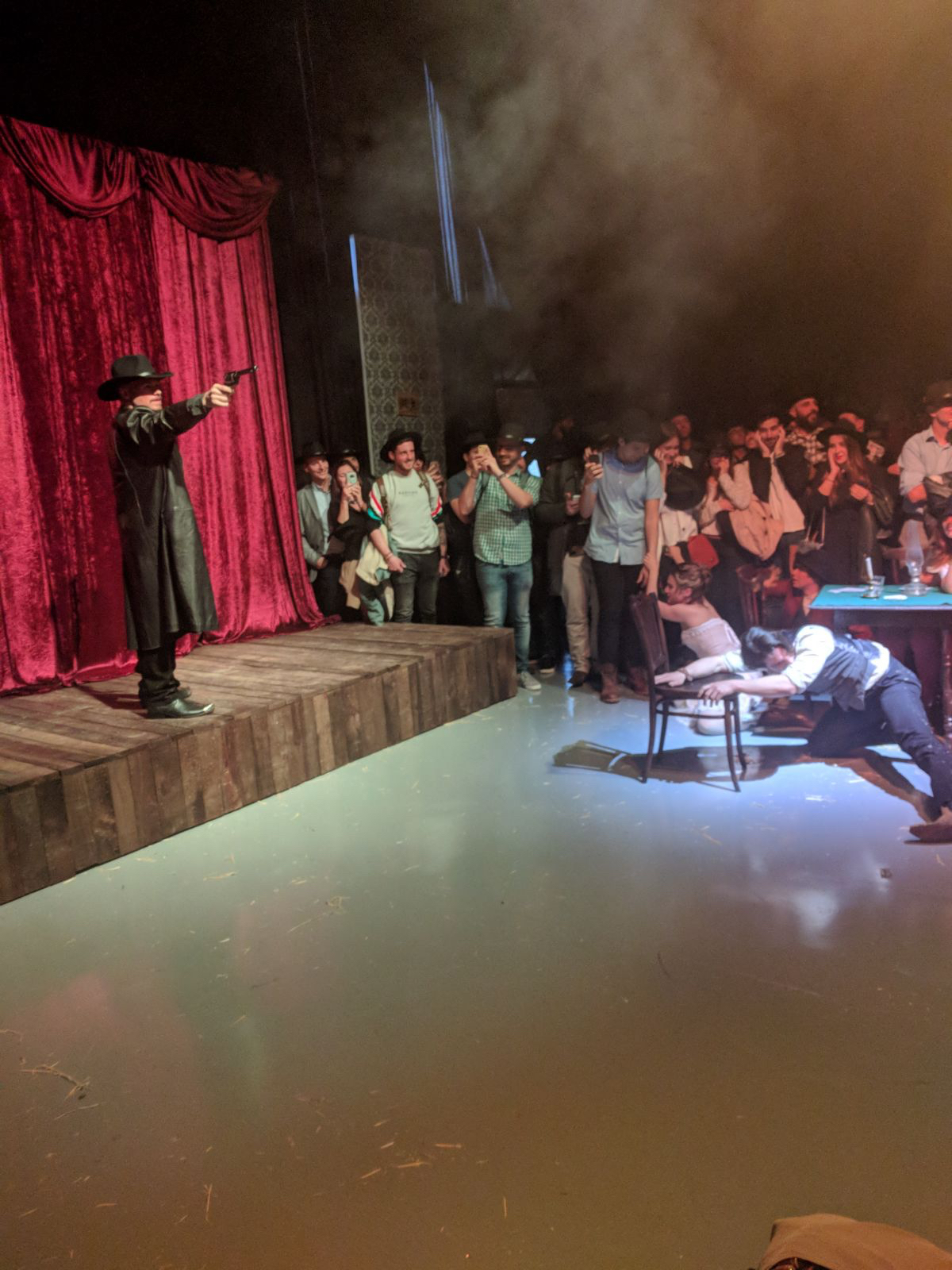 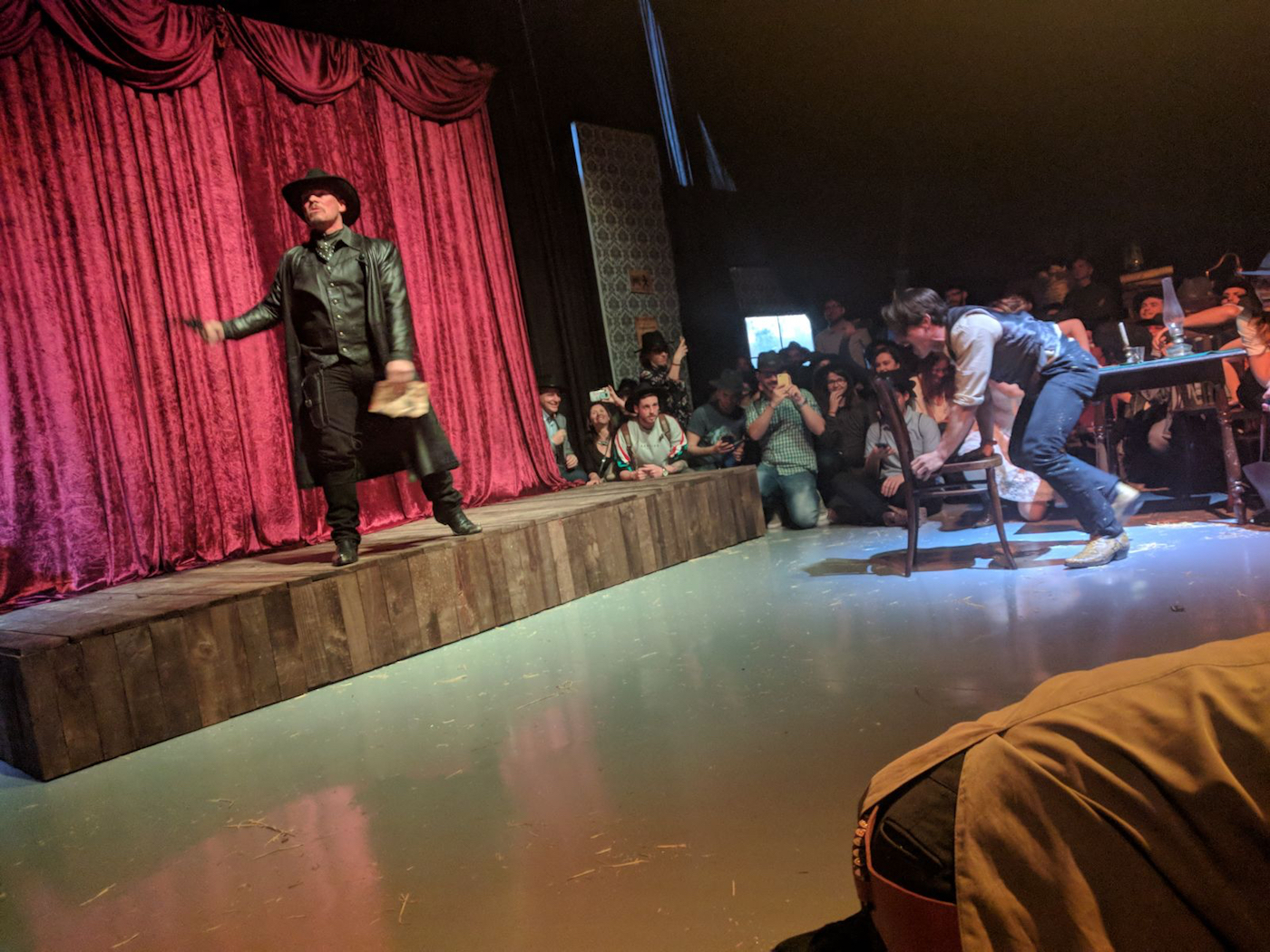 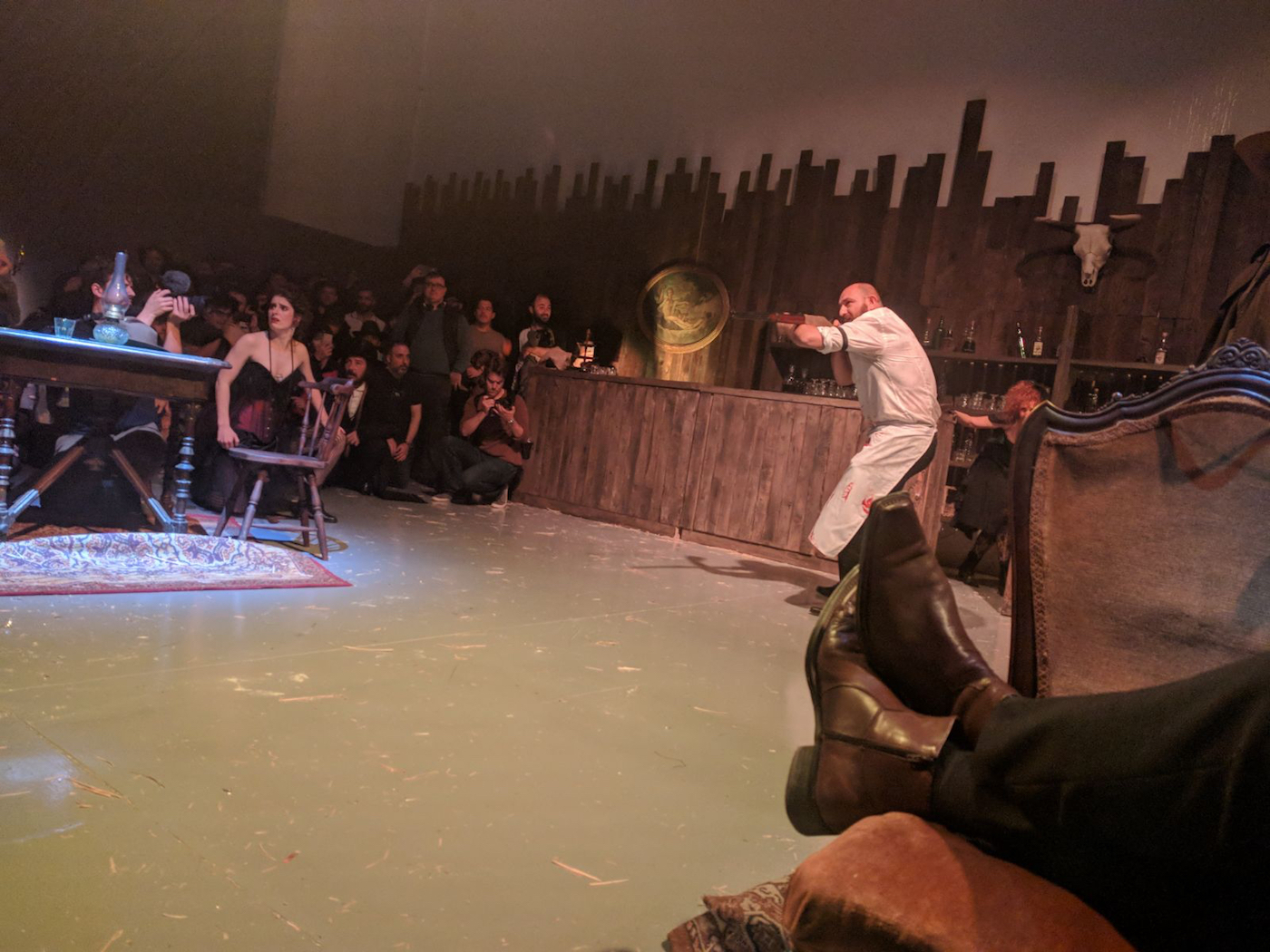 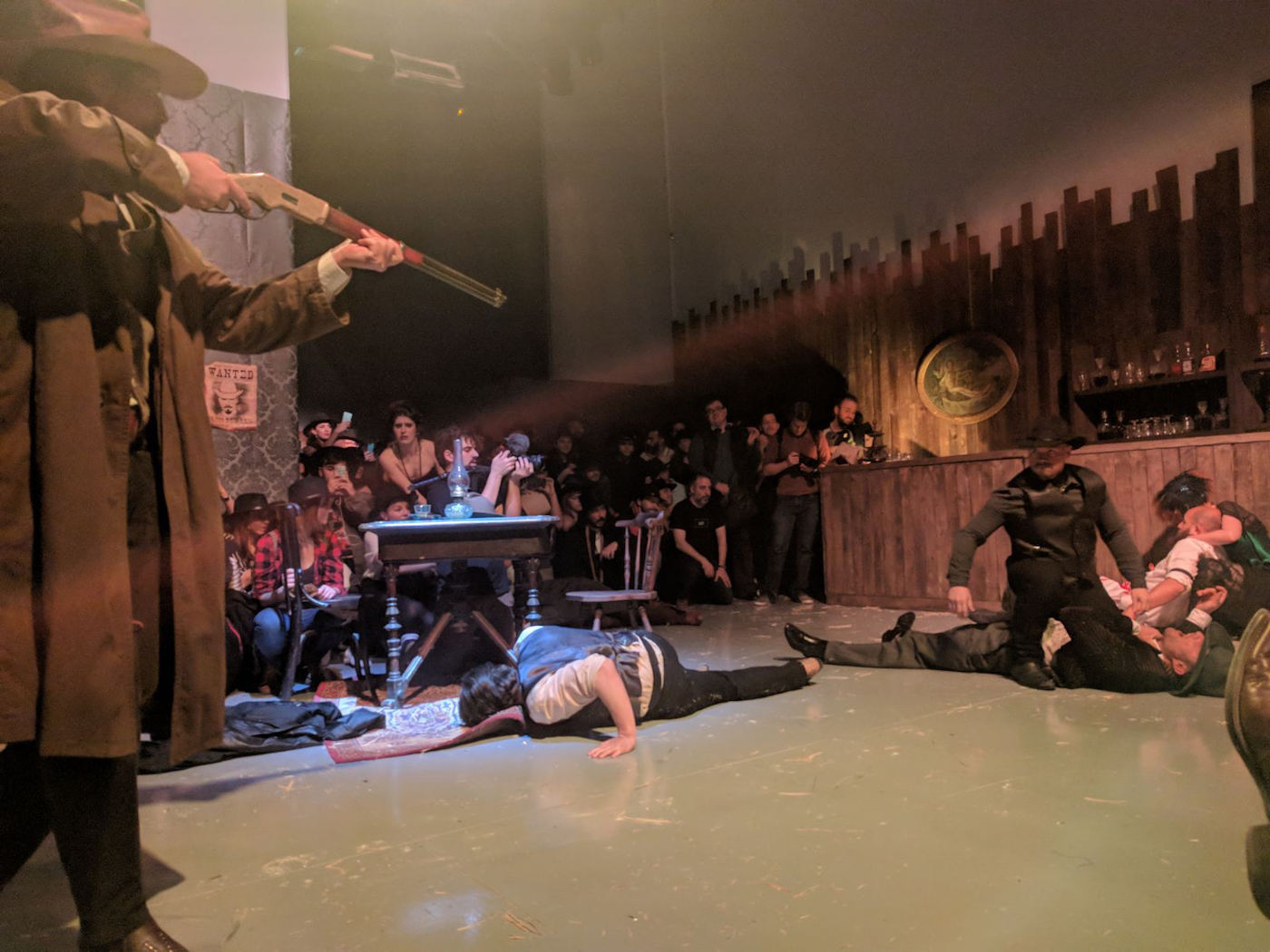 As the scene settled down, Delos employees entered and applauded the hosts for their fantastic show, before escorting the guests into the cinema room. The employees continued speaking to the guests, until the hosts decided to put on a little uprising of their own, taking control of the stage and killing every last staff member. Dolores (Evan Rachel Wood) would be proud! The dramatic uprising was followed by an official introduction by HBO Spain, and finally, the opening credits. 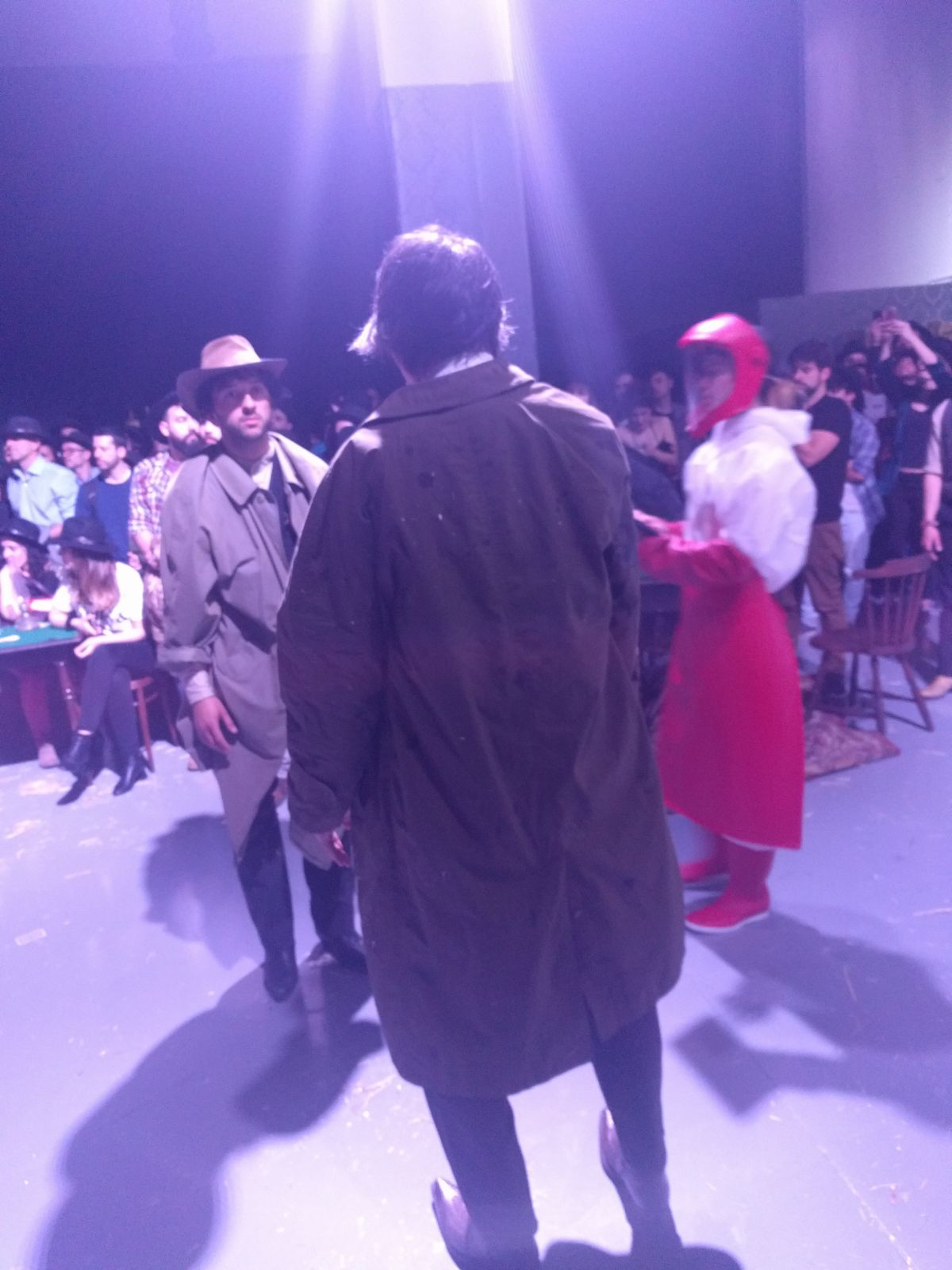 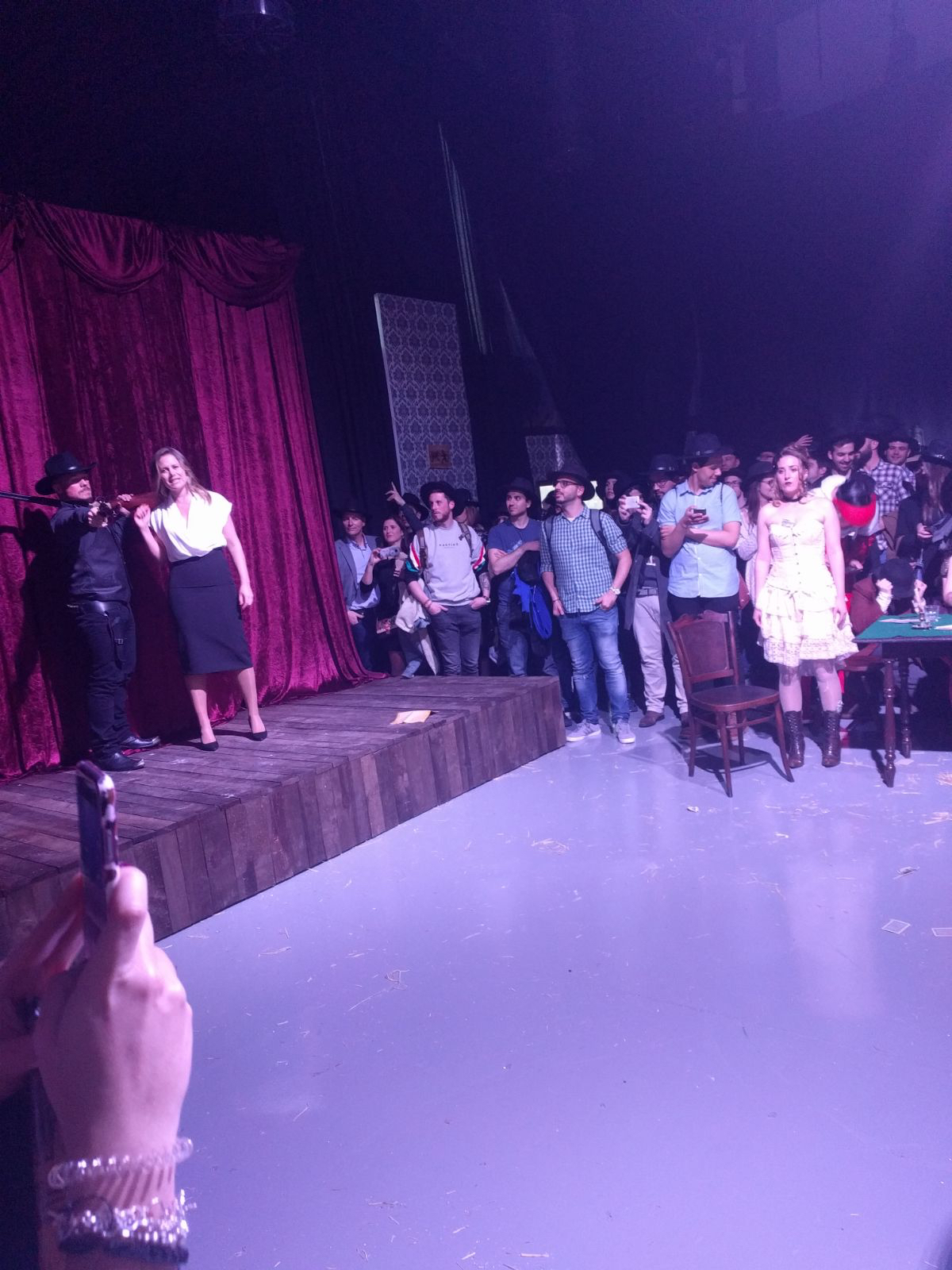 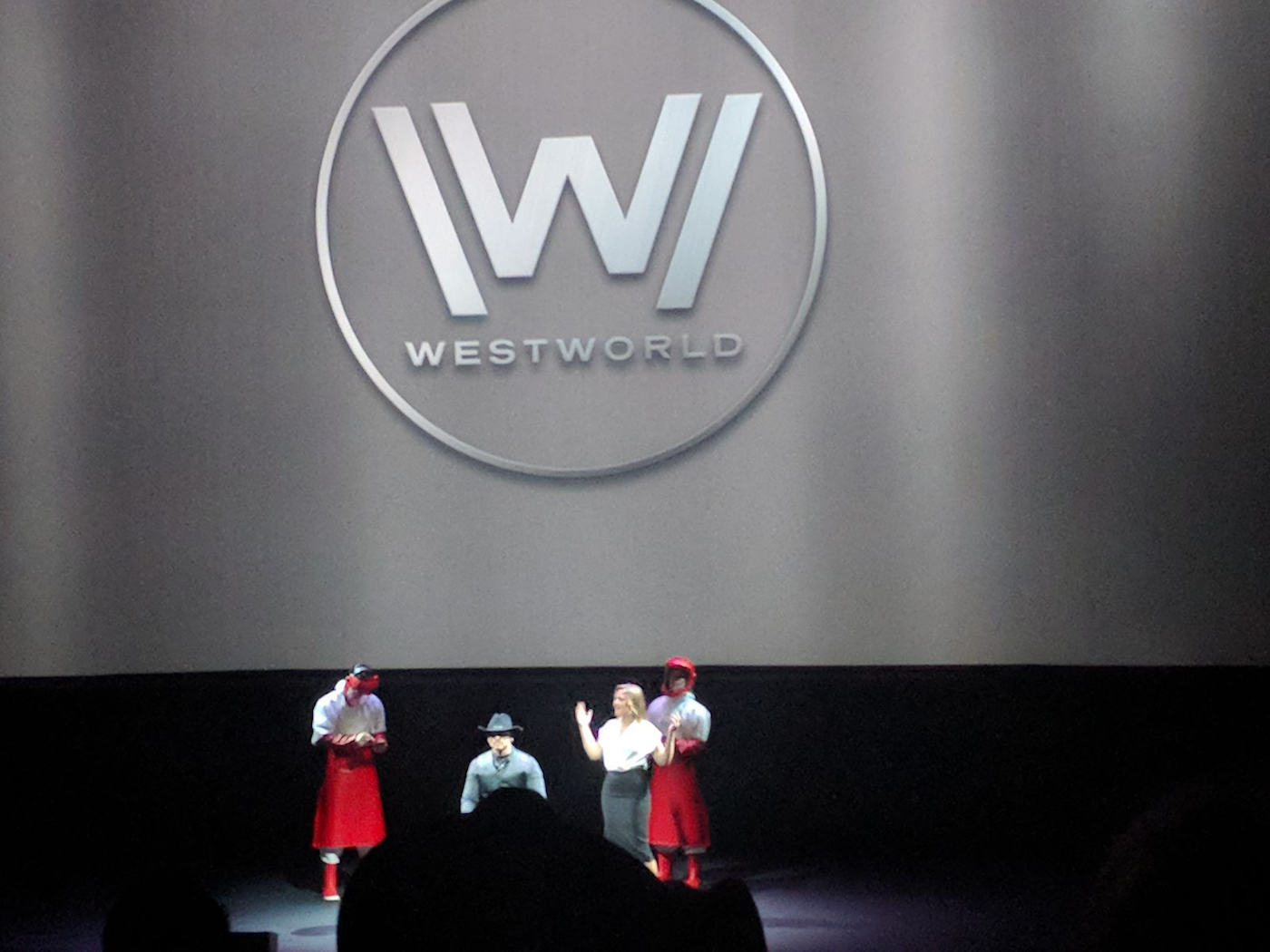 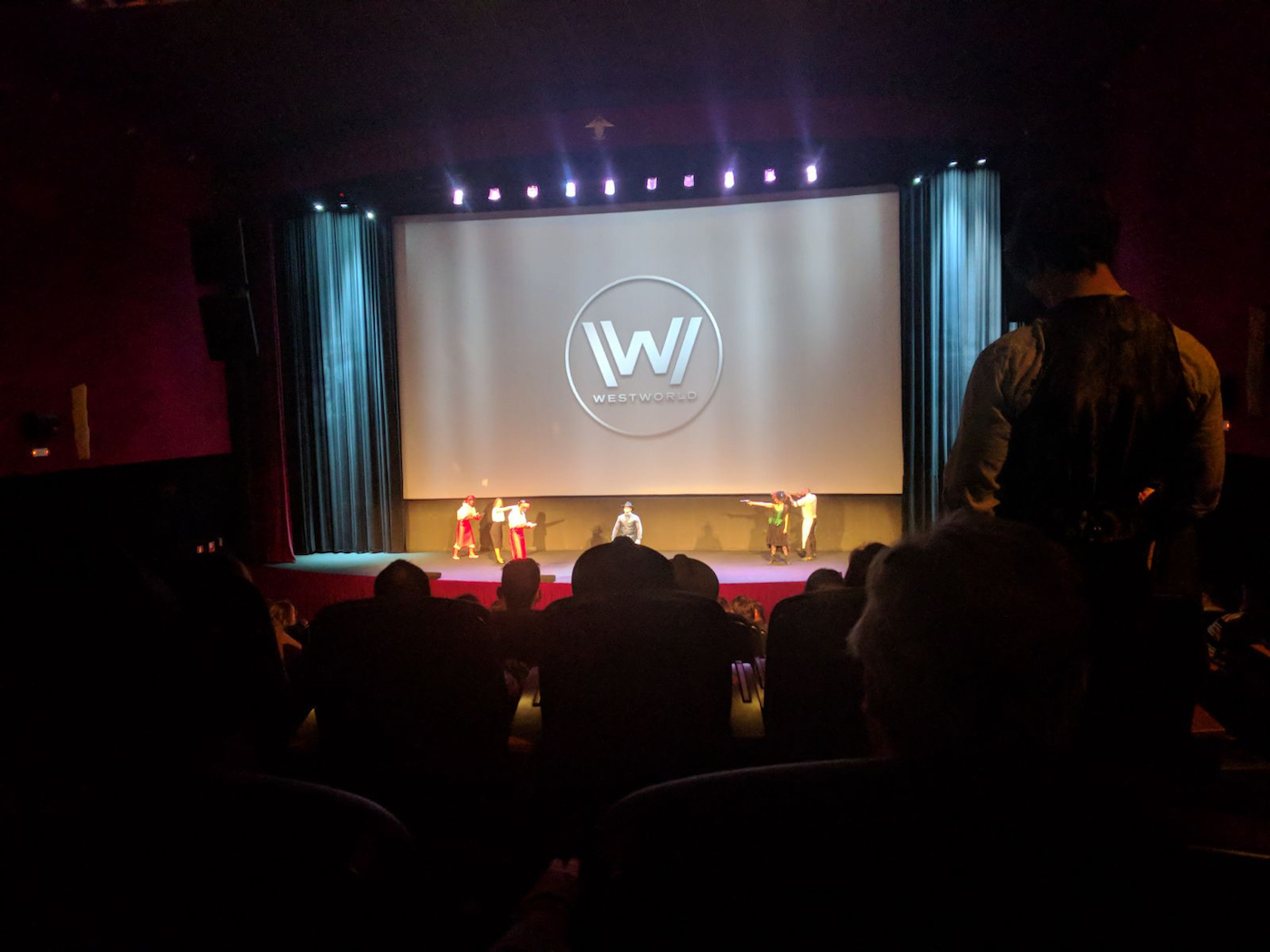 As for the actual episode itself, expect to dive back into the storylines of Bernard (Jeffrey Wright), Maeve (Thandie Newton), the Man In Black (Ed Harris), and Dolores over the course of the 70 minutes. We can also look forward to the return of an unexpected character!

Back in The States, the cast and crew of Westworld lit up the red carpet Monday evening during the show’s local premiere, and The Hollywood Reporter was there to cover the action and chat with some of the show’s stars.

Wood talked about the evolution of Dolores, and the sides of her we can expect to see over the season. “You’re getting a much darker version of Dolores this year, that’s for sure,” says the actress. “Now she’s well and familiar with all sides of herself: the Dolores that we love, the darker Wyatt version, and she’s also building herself anew as we watch her throughout the season. We’ll be seeing more and more of who she really is.”

Ptolemy Slocum (Sylvester), who has been relatively quiet on the interview circuit up to this point, talked about the on-set secrecy the actors faced, and his resulting excitement to watch the season as a fan of the show. “I feel like there are three phases for someone who takes part in the show. You read it. Then you shoot it, and it’s a totally different story. Then you watch it, and it’s a totally different story. I’m about to embark on one of my favorite parts of being on the show: watching the show. It might sound like I’m bullshitting, but I’m not. It’s fascinating. So much changes.”

Co-creator Jonathan Nolan even found the time to speak about the prank he and fellow co-creator Lisa Joy pulled on Reddit last week, calling the gesture a ‘thank you’ to the community:

“I’ve been a fan of the Reddit community from the beginning. That community in particular rallied around the first season in a way like none other: dissecting and breaking apart the story, spending almost as much time thinking about it as we did while writing it. For us, it was a special thank you to that community, in a language perfectly tailored to them.”

I’m not sure if all fans took the Rickrolled video the way Nolan and Joy intended, but it certainly got us all talking and pretty much freaking out, so I have to give them credit for that!

The stars were of course also looking great as they attended the premiere. Daily Mail managed to get a hold of some pictures of everyone in their red carpet best: 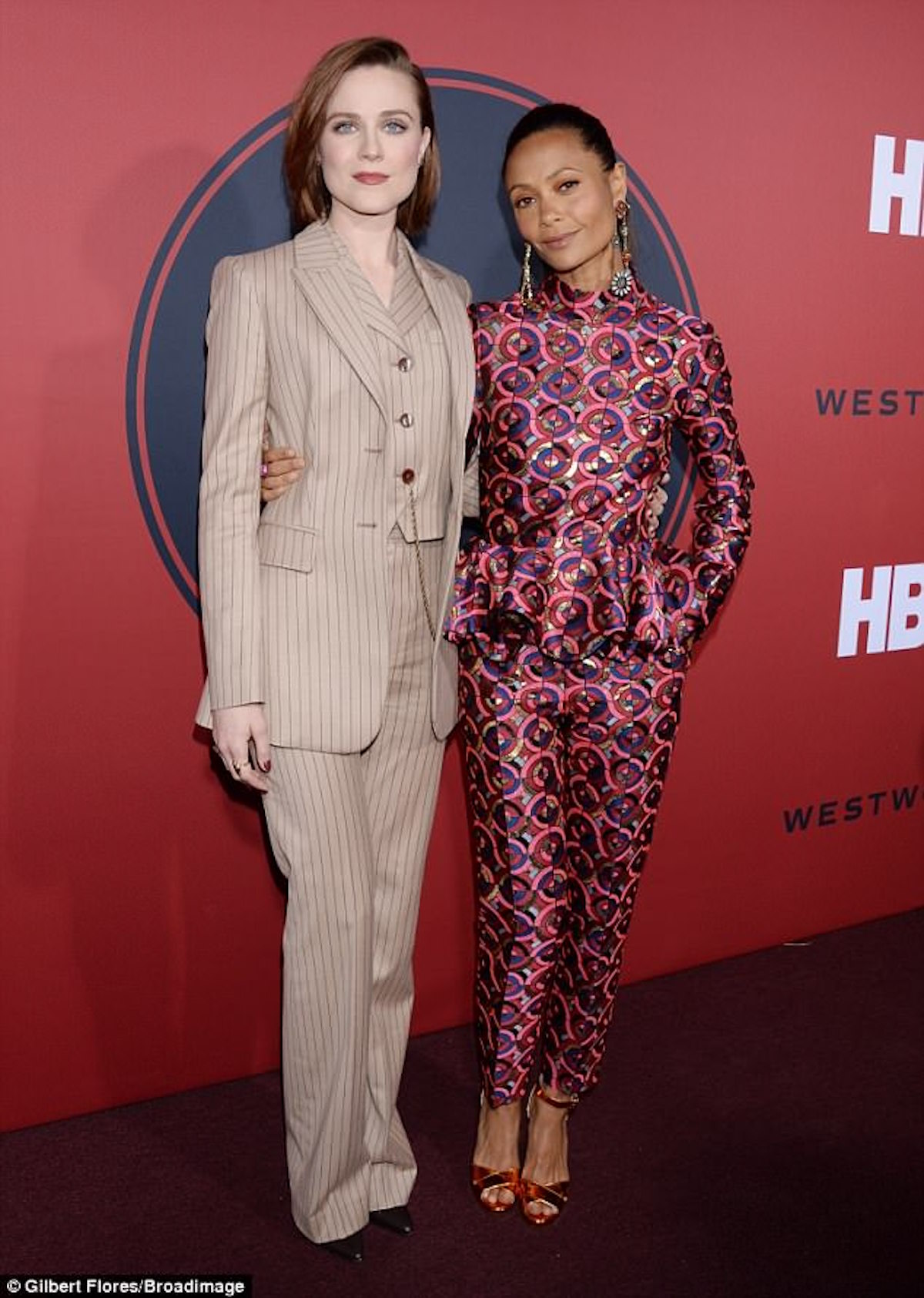 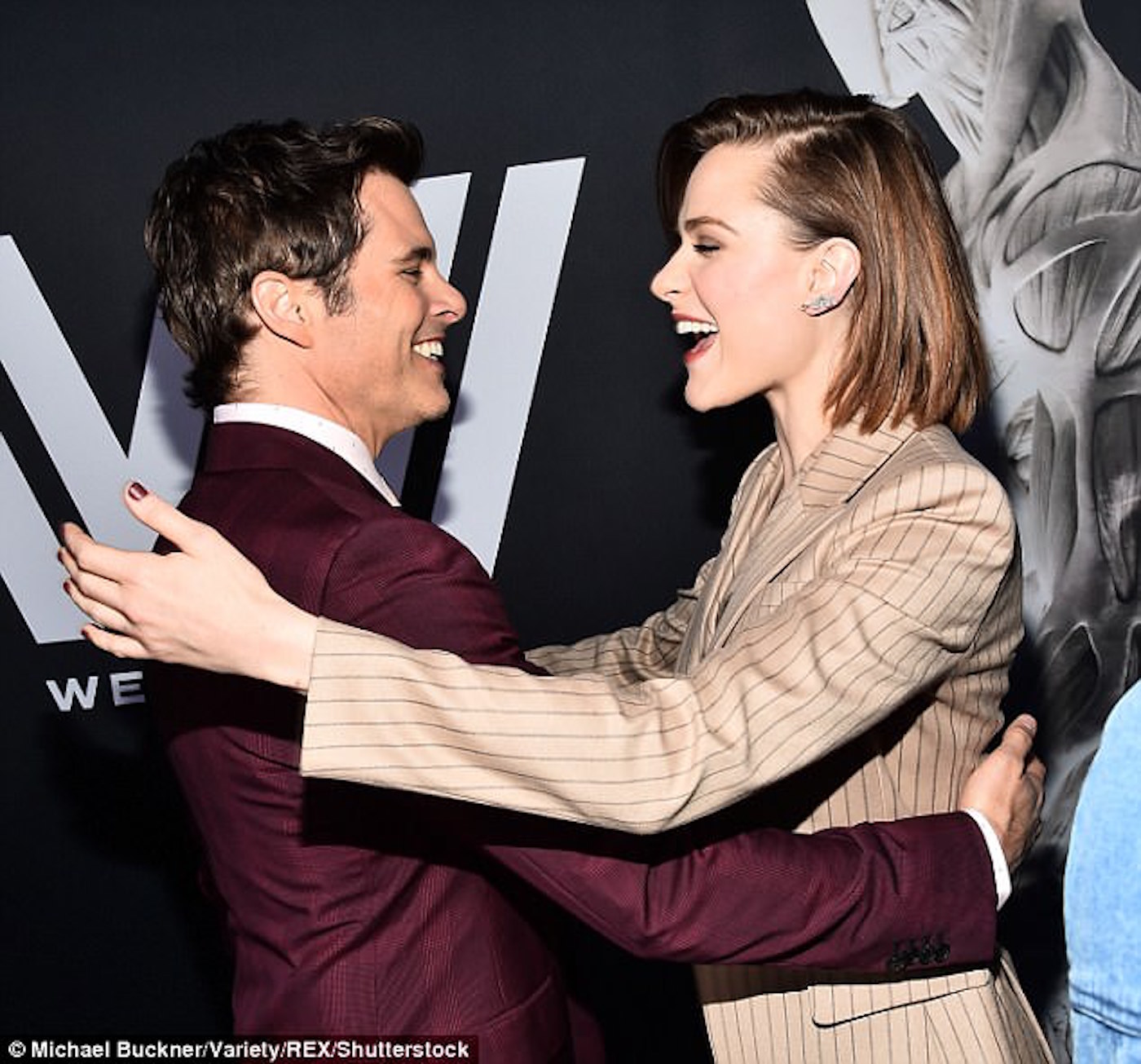 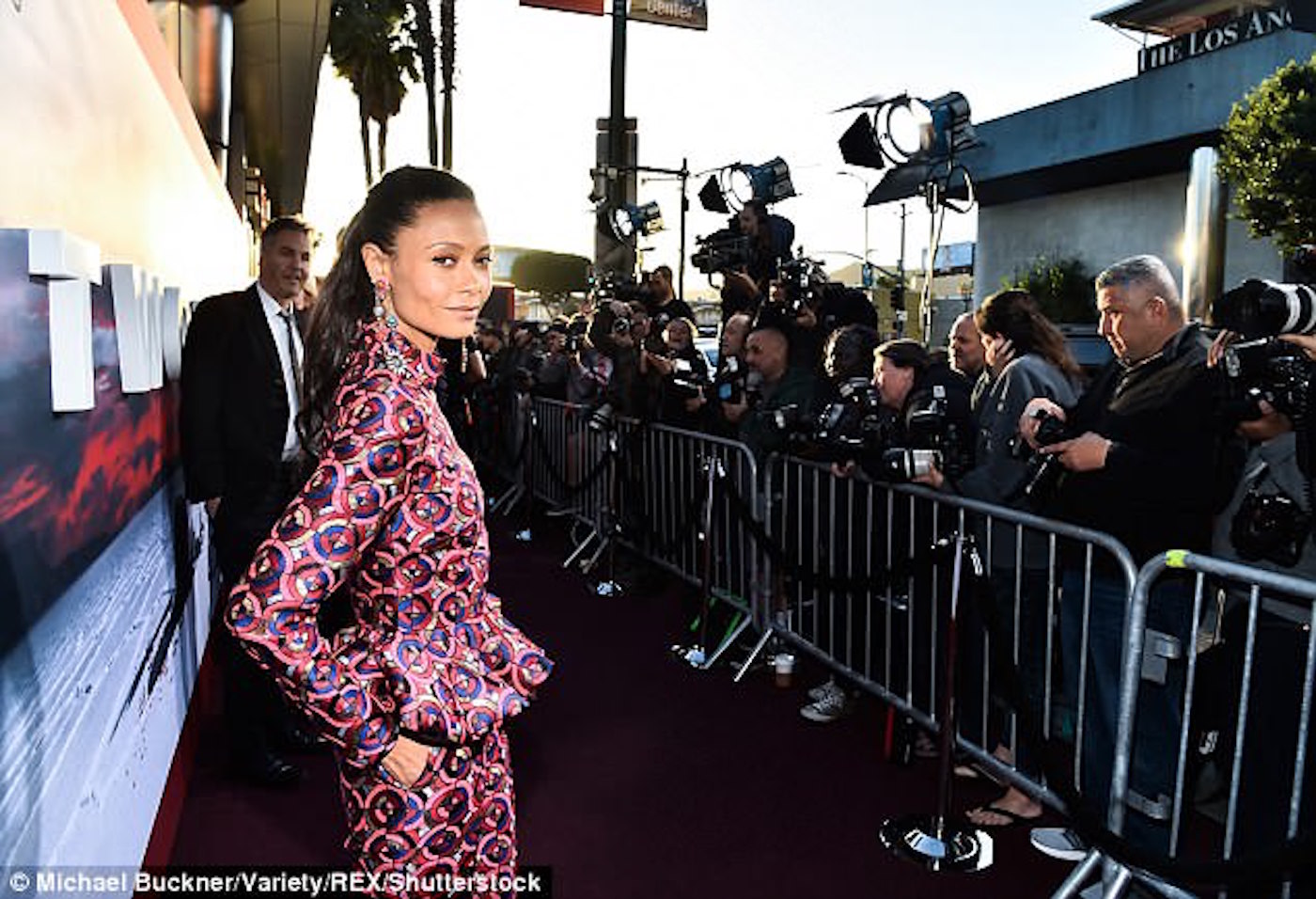 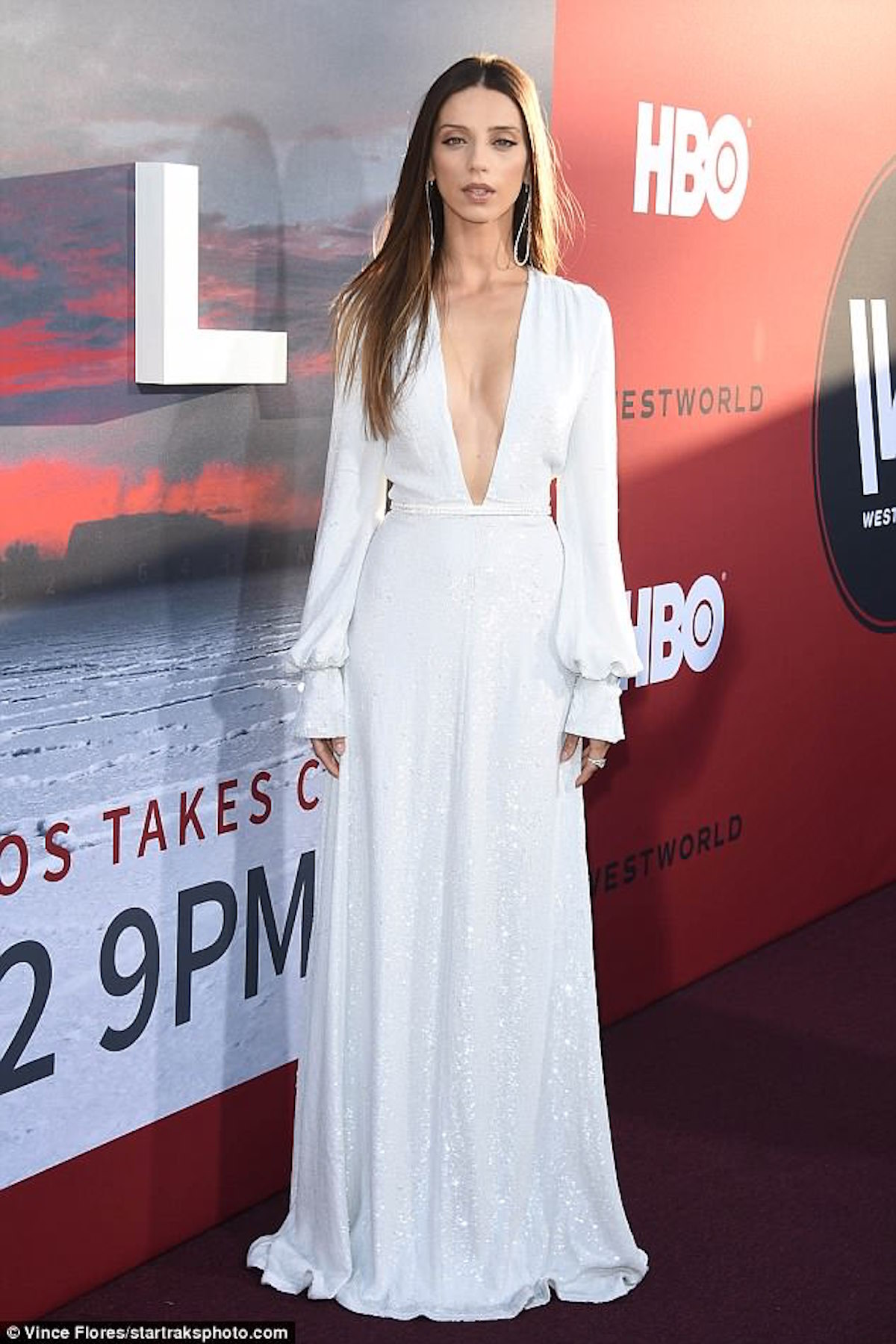 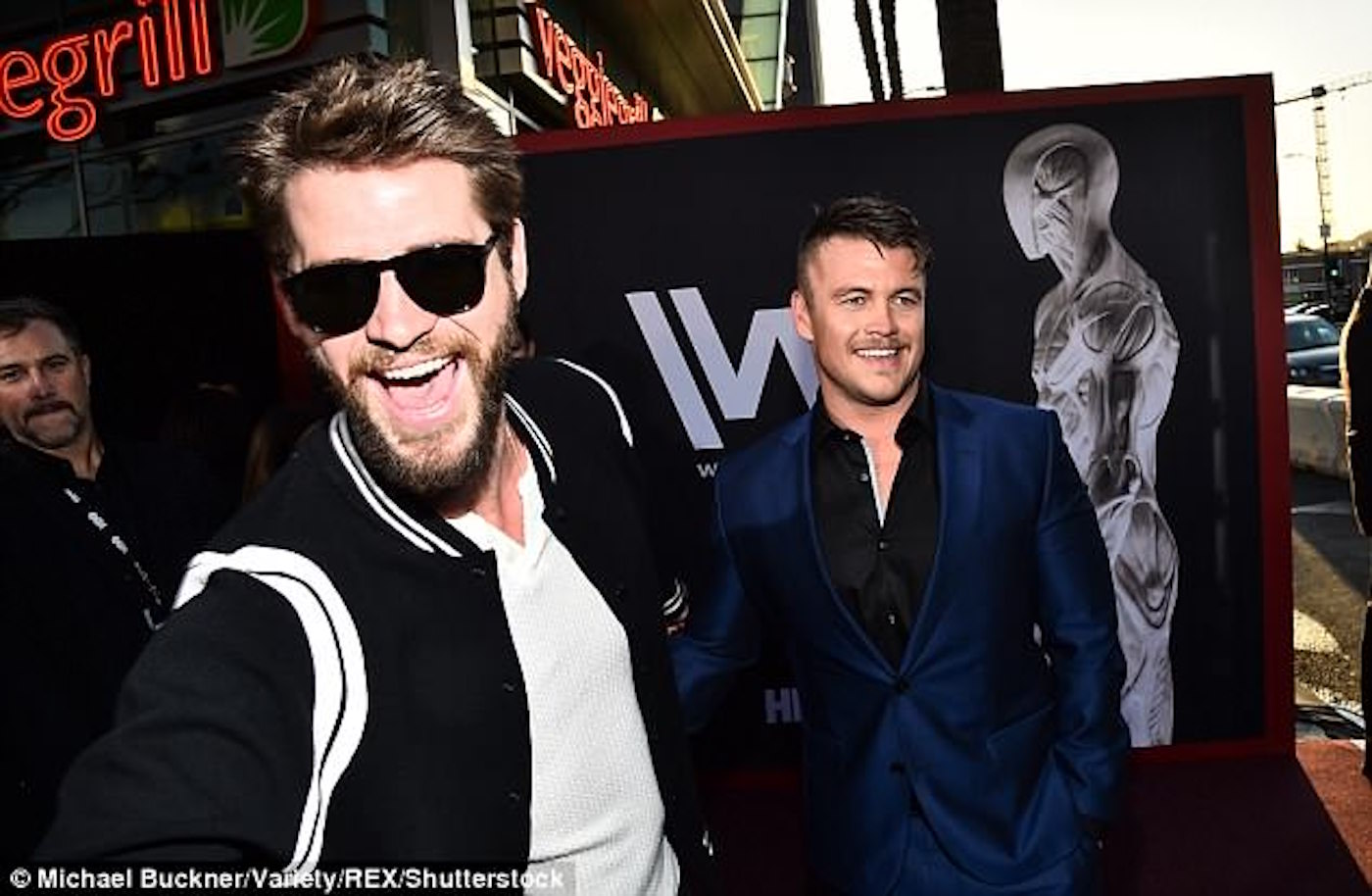 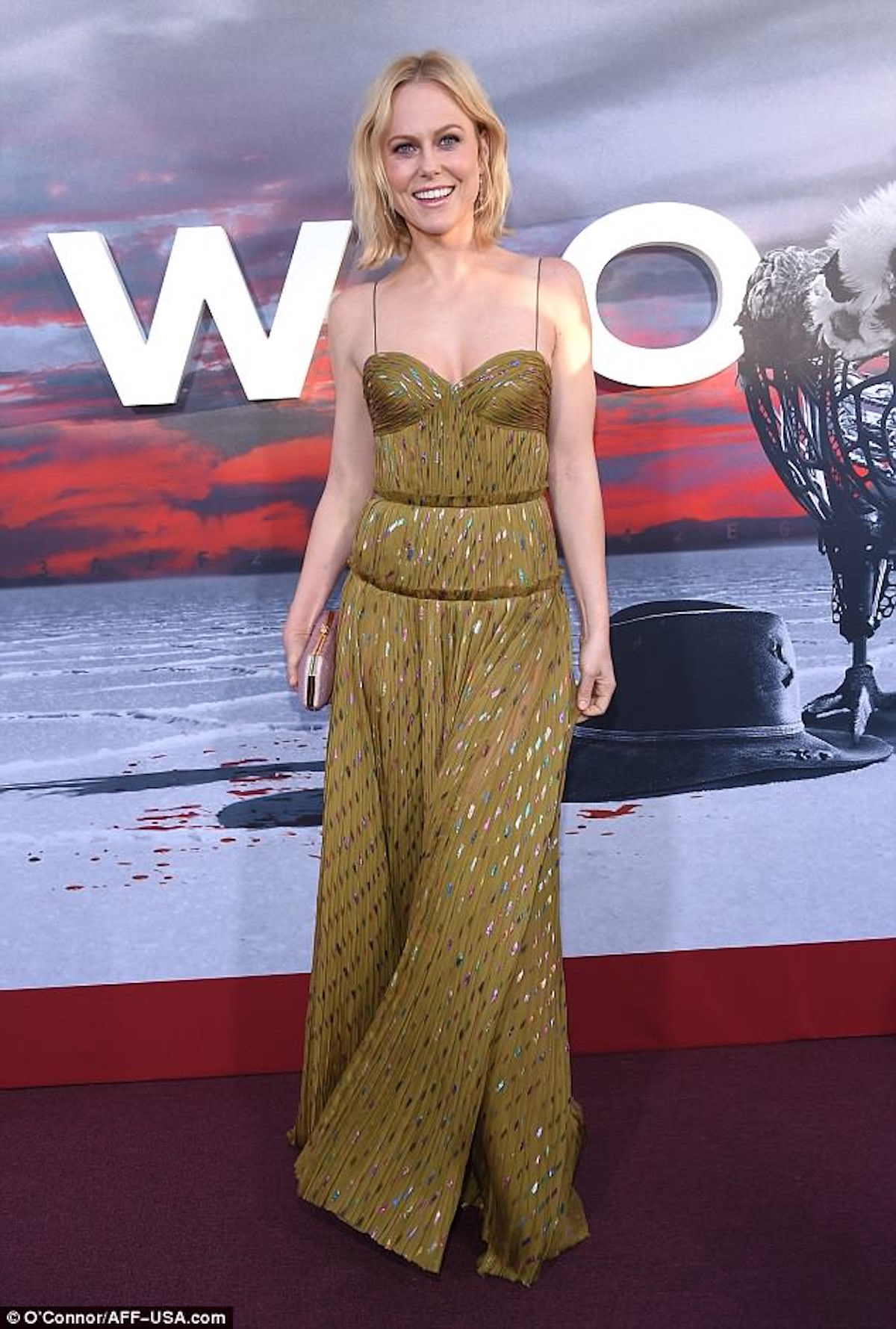 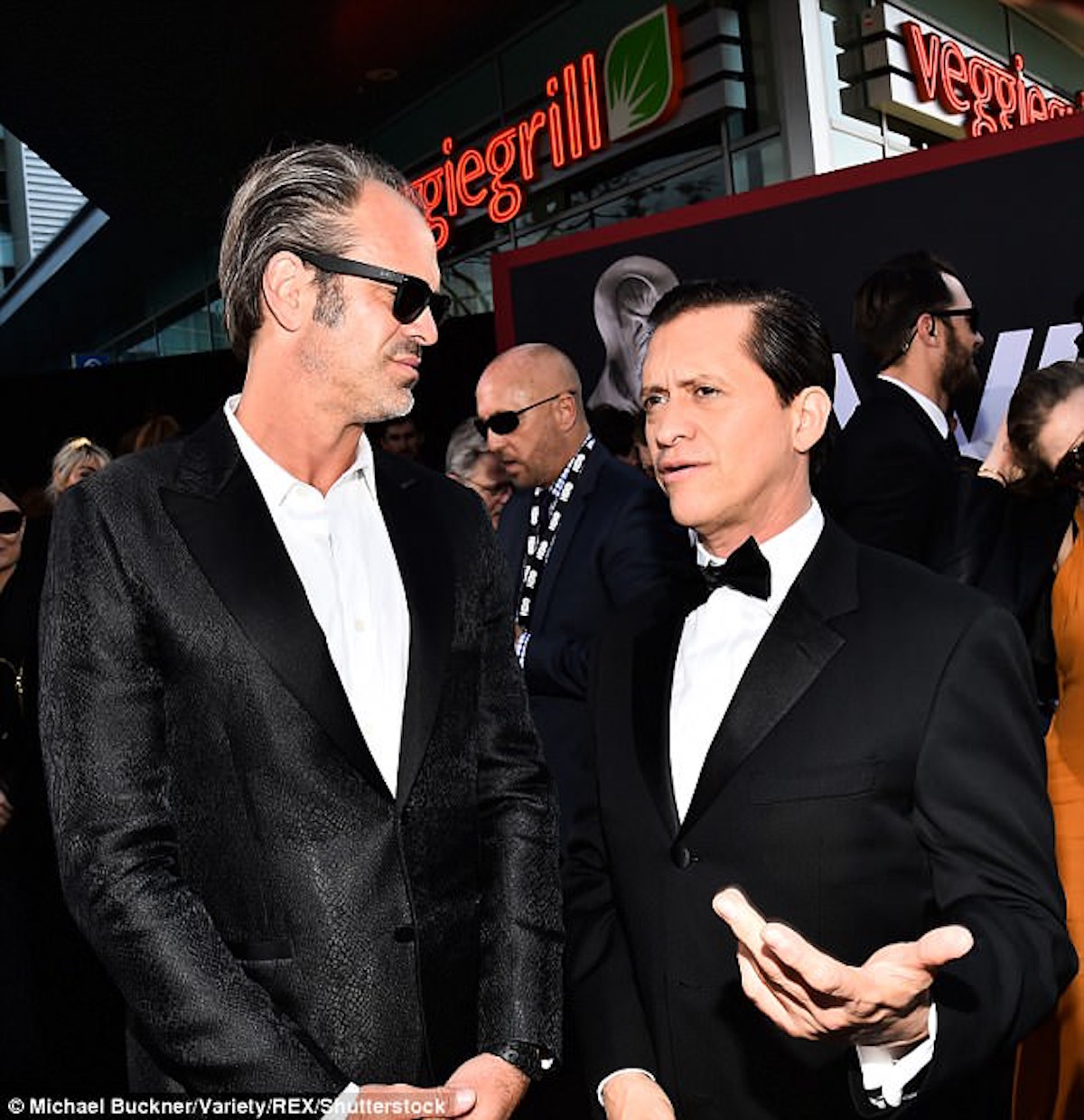 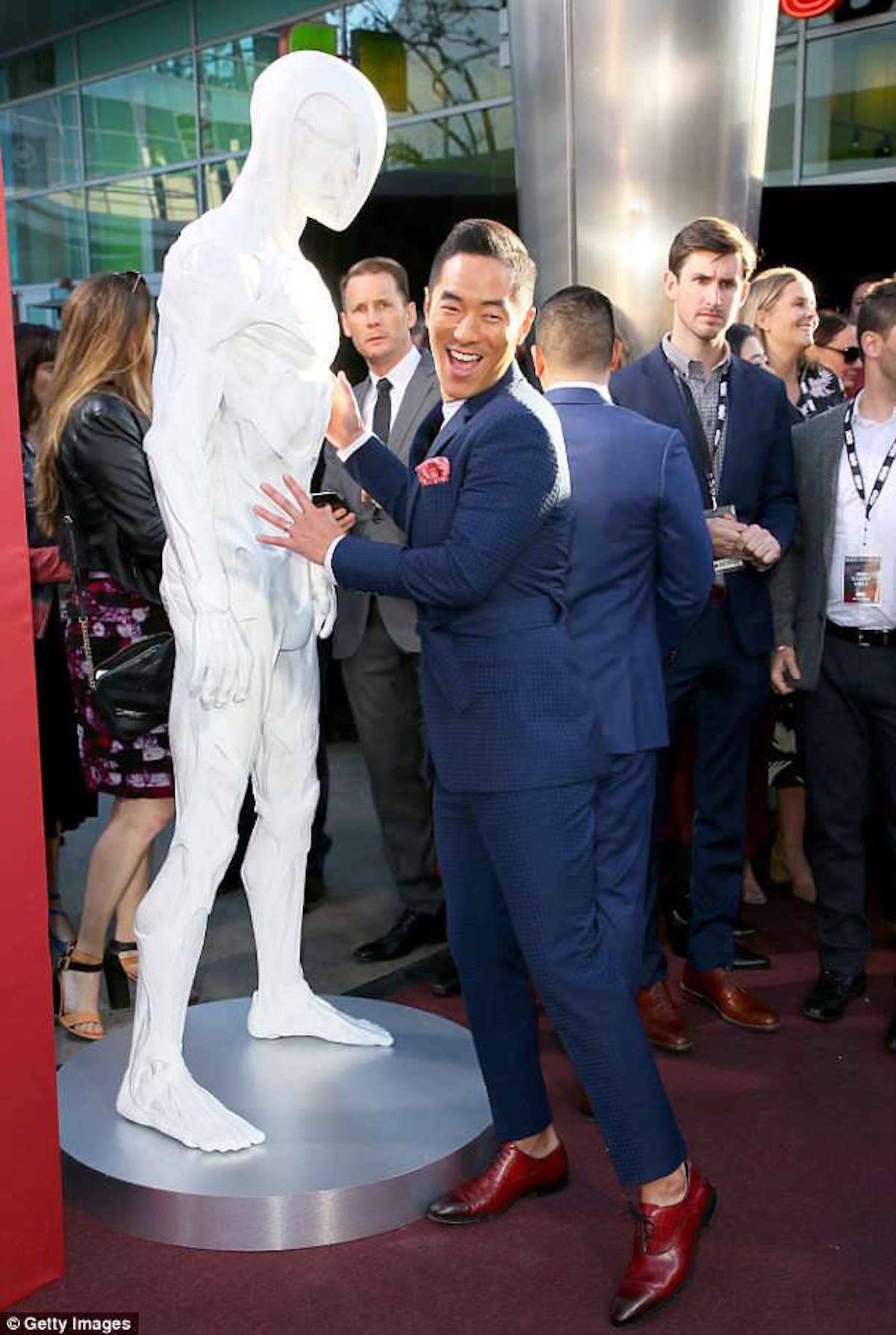 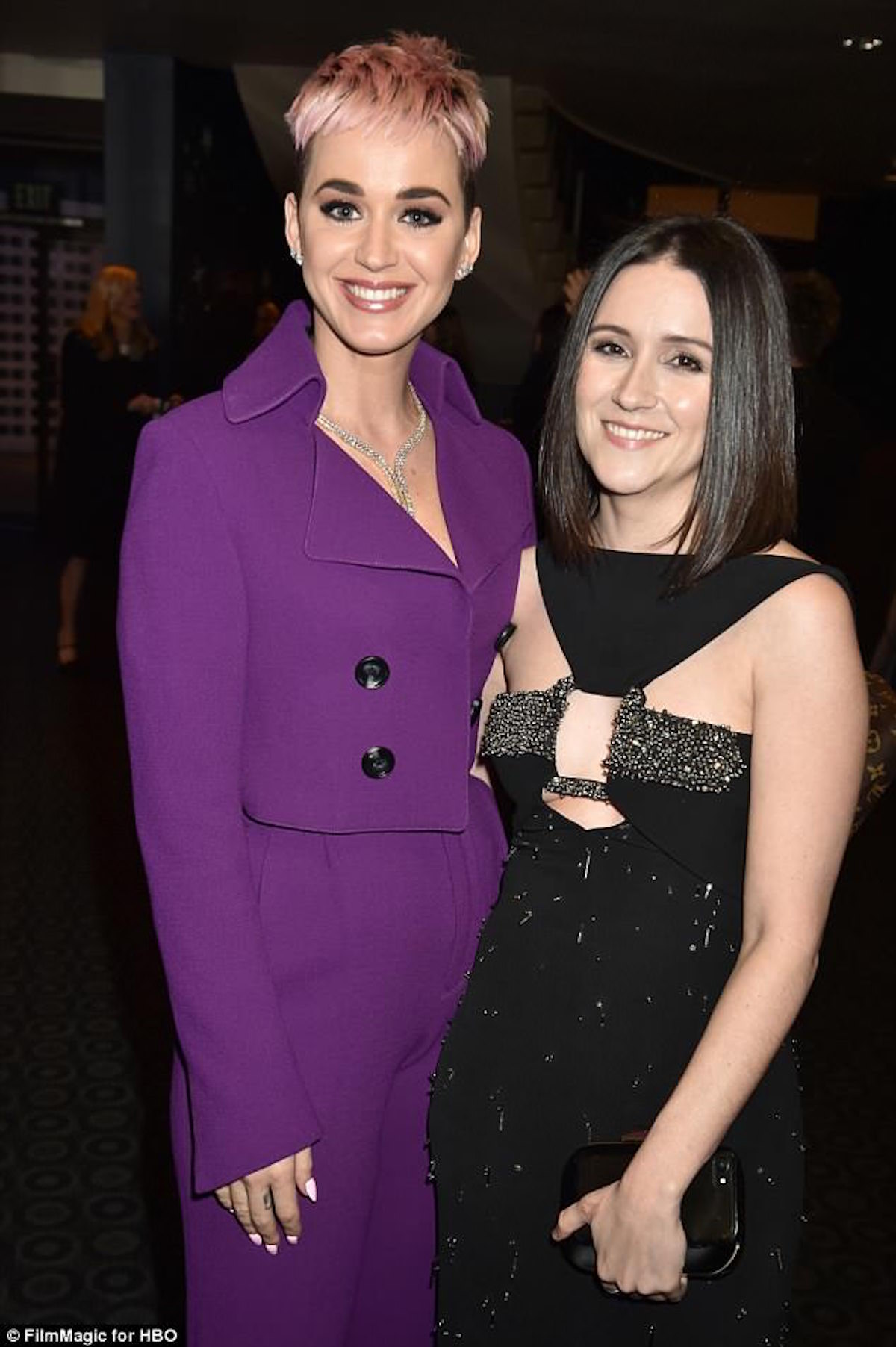 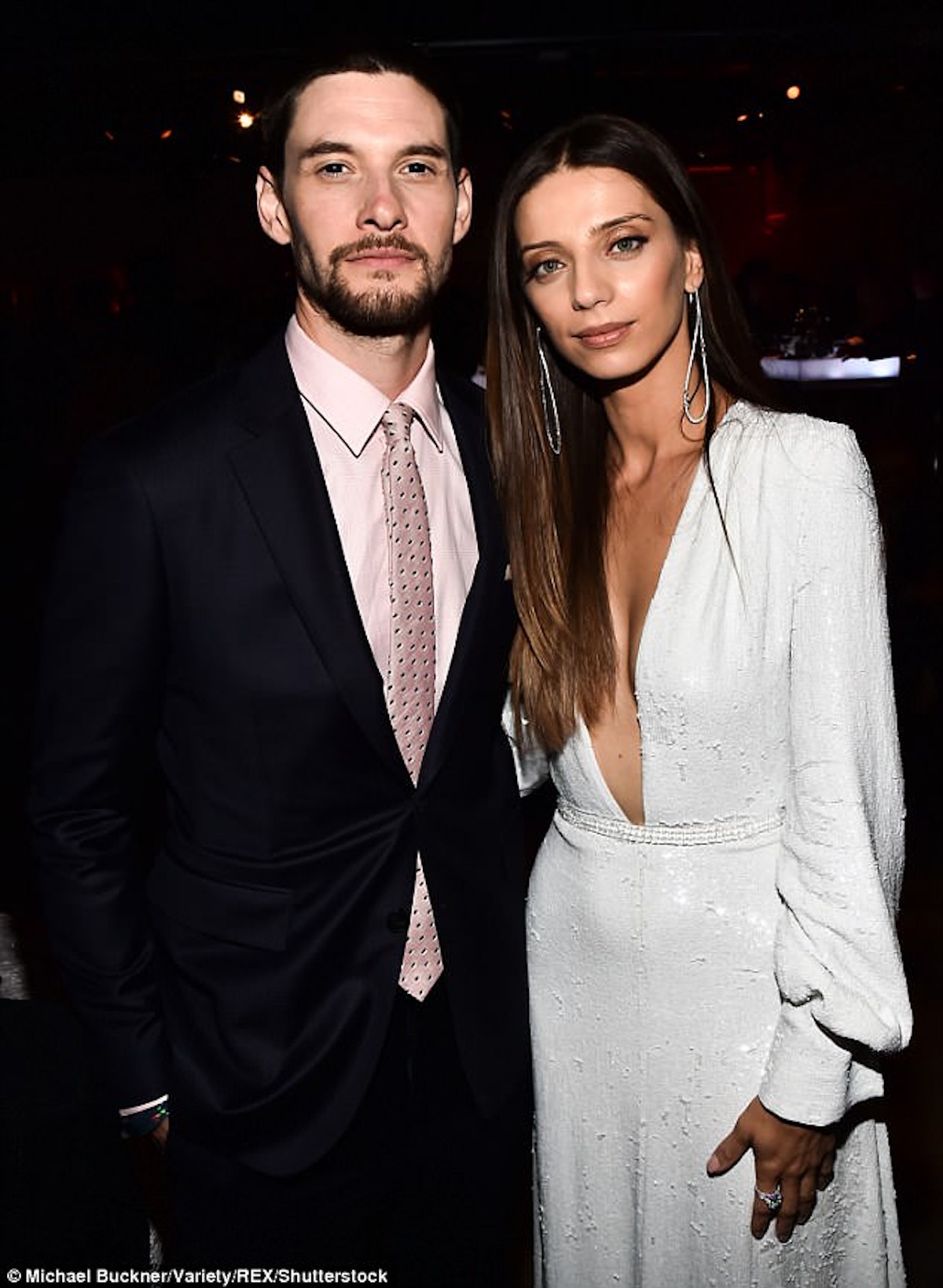 I didn’t think it was possible to get more excited for the season, but I officially am! What do you think of the premiere events and the fact that we’re less than a week until Westworld is officially back on the air? Let us know!

2 responses to “Westworld Dazzles with Premiere Events Around The World!”