Can you believe the Westworld season two premiere is just around the corner? The news is coming fast and furious as we bring you interviews from the Westworld red carpet premiere event in Los Angeles – as well as Evan Rachel Wood‘s reaction to her season three pay increase and a peek at what’s in store for Simon Quarterman‘s Lee Sizemore this season.

First up, HBO spoke to several cast members and Executive Producer J.J. Abrams on the red carpet Monday night about the differences between the upcoming season and season one. “As crazy as season one is, season two is like taking a grenade to a show and exploding it horizontally,” according to Ptolemy Slocum (lab tech Sylvester). “The show went to places I would have never expected.” Rodrigo Santoro (Hector Escaton) seems to agree. “We know the game, we know the players, but the world has been turned upside-down. Our characters are on a very different journey. Especially the hosts.”

The technology developed for the hosts by Dr. Robert Ford and Delos was quite an achievement, but season two will see it take a darker turn. Evan Rachel Wood (Dolores Abernathy) explains, “Amazing technological advancements are usually a double-edged sword and I think we’re seeing the opposite side of the coin this season. If we saw all the good last season, it’s all the bad this season.” James Marsden (Teddy Flood) implies that this could have dire consequences for the humans. “The stronghold the humans have had is not necessarily there anymore. The power dynamic has shifted and we’ll see what happens when the oppressed get their power and freedom.”

Executive Producer Abrams expands on this idea, saying, “This season is pushing the envelope. Michael Crichton [writer of the original Westworld film] who I met on this 20 years ago was obsessed with the [Frankenstein author] Mary Shelley question of what happens when you play God when you go too far and cross that line — what is the result? Season two is the answer to that question and it’s terrifying.” He adds, “Reading the news and watching season two, the gulf between fiction and what this series is and where we are is shrinking. It’s a terrifying thought.”

Head over to HBO for more. 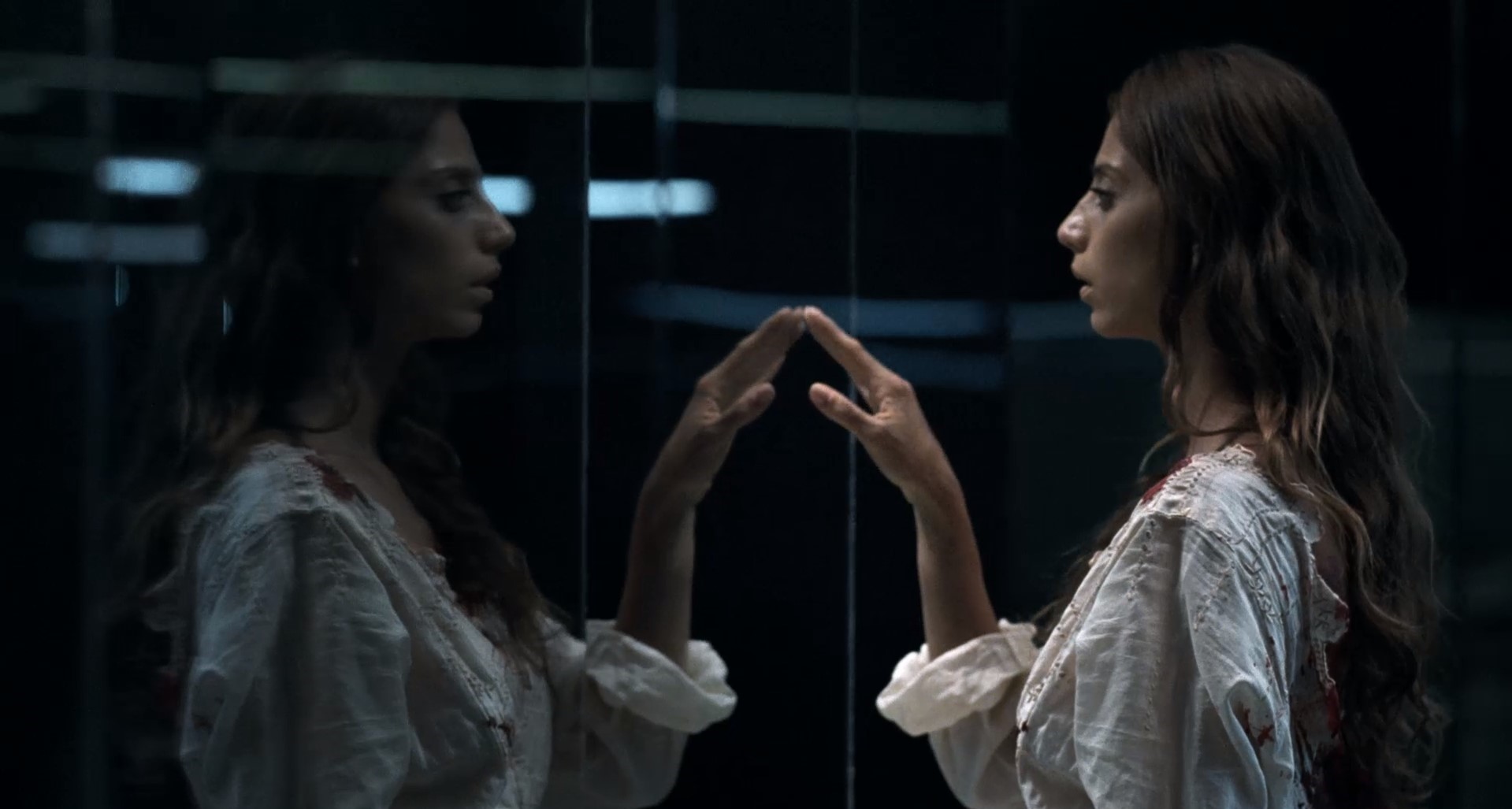 Elle also got in on the red carpet action, speaking with newcomer Katja Herbers (Grace), Ingrid Bolsø Berdal (Armistice), Evan Rachel Wood, and Angela Sarafyan (Clementine Pennyfeather). Herbers – who plays a “seasoned guest” – describes the situation in the park at the outset of season two. “The robots have started a revolution. Entering a park as a human isn’t safe, as it was before. Robots now have the ability to actually hurt human beings.”

Bolsø Berdal expresses her appreciation for the series, and how it makes people examine themselves and their place in the world. “I think this show has been an opportunity for so many on the cast to become more aware of ourselves, because the topics that the show is talking about are very much about waking up, asking, ‘Who am I, what am I controlled by, what am I thinking about myself – am I thinking my own thoughts or are they coming from somewhere?’”

Wood – who identifies as bisexual and likes to challenge gender stereotypes – says of her character, “Dolores isn’t really either a man or a woman, so she’s probably not defined by anything.” Does that mean we will see Dolores breaking out of her feminine damsel persona? What does this mean for her relationship with Teddy? Wood remains vague. “All I can say is yes, there’s going to be something. I wasn’t disappointed. I was like, ‘Yay,’ but that’s all I can say.”

“You’re about to see women that could do things that you never imagined,” Sarafyan adds. In the wake of the Me Too movement and women’s empowerment taking center stage, it seems Westworld will tackle some of these issues. “It’s insane how similarly season 2 does reflect the world we live in today,” she admits. “Some questions are going to come up, some really frightening questions worth asking.”

Check out the rest at Elle.

Speaking of women’s empowerment, TheWrap reports that Wood will receive a raise for season three – putting her on equal footing with Westworld actors like Anthony Hopkins and Ed Harris. Wood describes her reaction to the news, saying, “I was just told that ‘Hey you’re getting equal pay.’ And I was like [gasp]. And I almost got emotional. I was like, ‘I have never been paid the same as my male counterparts … Never, never.'”

Wood says she has always pushed to be treated equally. “I have turned down projects; [for] Westworld I get it a little more. It’s like, ‘Well, you’re Anthony Hopkins or Ed Harris.'” With Wood’s prominence on the show and critical acclaim, however, it makes sense for her to move to that higher level. “I think now we’re all doing equal amounts of work and really hard work.”

Hollywood still has work to do to even the playing field, but things are moving in the right direction. “There’s a lot of politics, but there’s a lot of things that are now being talked about in a different way. There is a lot of stuff that goes on behind the scenes. There is a lot of trying to make things equal and trying to make things fair,” Wood admits. “But this is the first time that somebody made a point of being like, ‘Hey you’re getting this. And you deserve it.’ And that was nice.”

For the full article, go here.

TheWrap also interviewed Simon Quarterman about season two and his character’s place in it. He declines to give any details of course, and chooses his words very carefully. “[Sizemore]’s found himself a kind of unwilling hostage of Maeve’s,” he explains. “Maeve is off to search for her daughter, so I’m kind of there to help.” As the head of Narrative, Sizemore is used to writing the stories – not being in one. “He really is in the most uncomfortable position he could possibly be in,” Quarterman says. “He finds himself thrust into playing a round of his own game.”

What else can we expect to see this season? “I suppose you’re going to gain a little more information about the kind of nuts and bolts of the place, in Delos and things like that,” he teases. “So you get to see maybe more interaction from the outside world, perhaps.”

Quarterman also teases that there will be more shocks and surprises in store. When asked at what point he was able to figure out the broader story of season two, he responds. “You kind of get an inkling, and you go ‘oh, I think it’s going to go this way,’ and then you spend half the season thinking that you’ve got it right and then, you just…[shakes head]. Then I just ended up giving up.”