Westworld Roundup: New Interviews with Evan Rachel Wood, James Marsden, and Lisa Joy; Behind the Scenes of the Delos Experiment 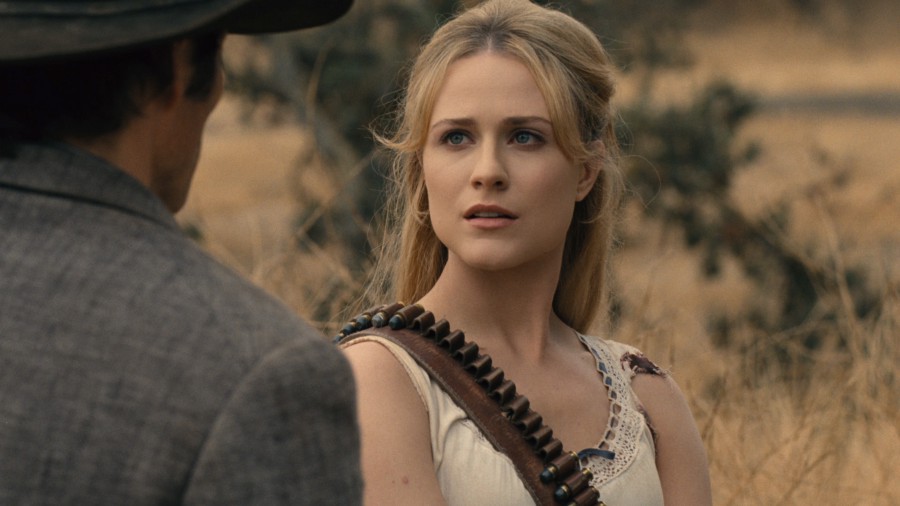 We have another round of interviews to share today, plus a new behind the scenes video! Evan Rachel Wood discusses her character’s identity conflict this season, James Marsden shares how he lightens the mood on a dark series like Westworld, and Lisa Joy reveals her thoughts on AI and human nature, and how they work to empower women on the show.

In an interview with The National, Evan Rachel Wood talks about what Dolores’ personality is like now that she is off her leash and thinking for herself. “She has Dolores in her, that sees only the beauty, and then there’s Wyatt, that sees only the ugliness. They’re constantly at war, and she’s very selective about when she brings each character out, for different situations. But then there’s also another side of her, that she’s creating, which is just herself. Which is what she’s never been able to do – to really define herself.”

Wood also shares how she help differentiate the multiple personas Dolores has inside of her. “It’s funny, but no one has actually picked up on the fact that I don’t have an accent this season – not even in the Super Bowl trailer. She has no Southern accent any more. And no one has noticed. When she’s Dolores she has it, but when she is Wyatt, or this new thing, she doesn’t. I think you’ll learn; you’ll be able to pick up on the cues of when she is each thing.” I don’t know about anyone else, but I definitely noticed – especially during the reunion with her father.

It’s difficult to become emotionally attached to a character and then see them face adversity, something Wood knows all too well. “We’re so invested in the characters now that when bad things happen to them or when something goes wrong, it really is gut wrenching for us to have to do. Loyalties shift on this show so much and we’re not even aware, that one day you’re like, oh right, you guys are against each other, and you’re like, what?” She adds, “It feels like a violation because you’re so invested in everyone.” Hmmm – maybe Teddy defying Dolores was only the beginning… 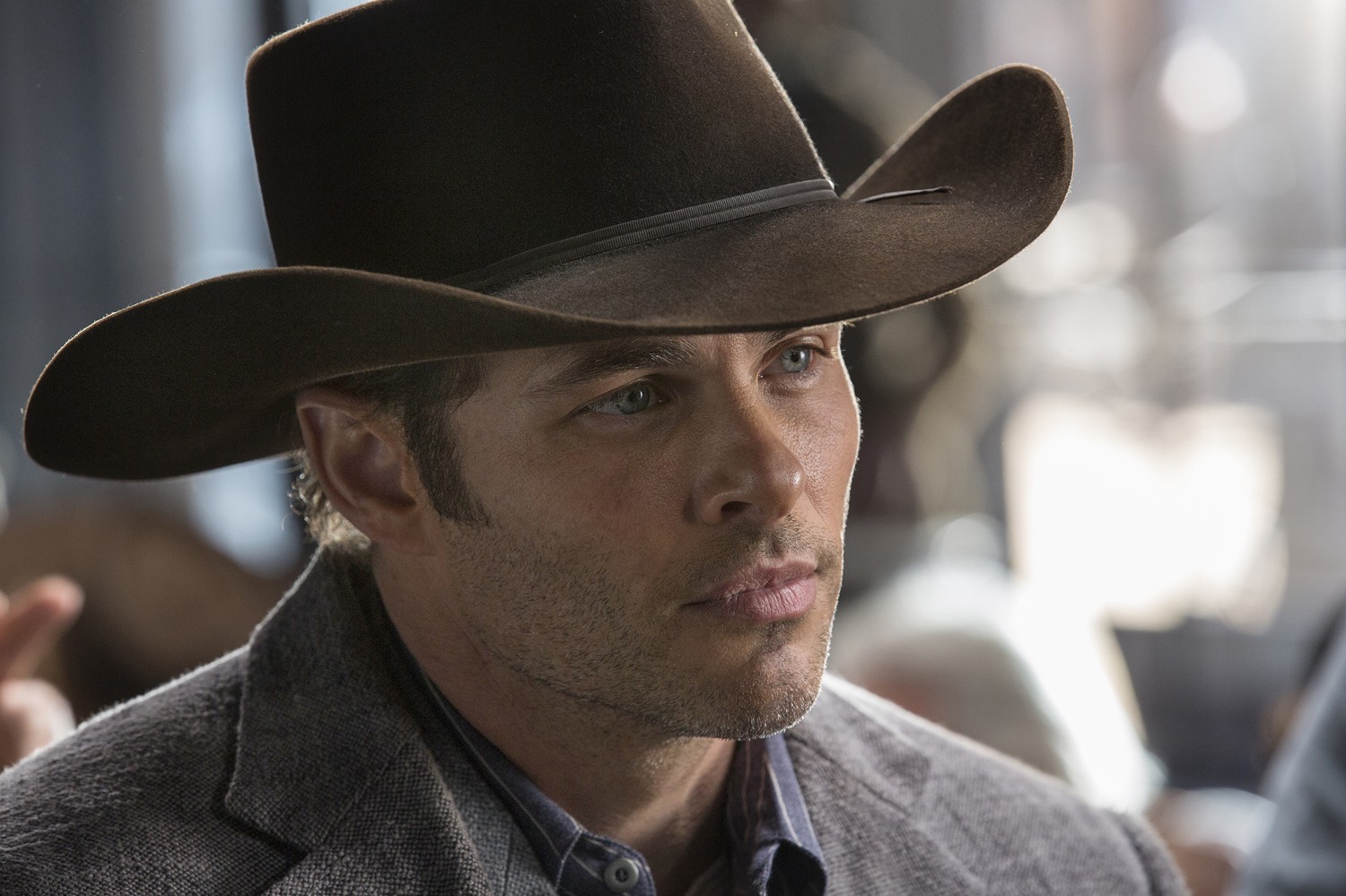 Speaking with Men’s Health, James Marsden explains that working on an intense show like Westworld can be tough, both mentally and physically. “It makes us look at behavior, and we see some very dark behavior on this show. I have to wash it off afterward, and then physically I have to wash it off to get the blood out of my ears and body orifices. You just have to learn to roll with the craziness.”

One way he copes is by keeping the mood light when he runs lines with his costar, Evan Rachel Wood. Sometimes they will do musical numbers or rehearse as Ron Burgundy from Anchorman. Above all, however, Marsden strives to give his best effort and not be overly critical of his work.“You do want to be great,” he confesses. “You want to affect people, but I don’t always come home from work thinking, ‘Wow, I really nailed that scene today.’ I can be hard on myself. I have to train myself to stop being cerebral about it. To stop overthinking it. Sometimes I go home thinking, ‘Ah, am I a fraud?’”

Head over to Men’s Health for more. 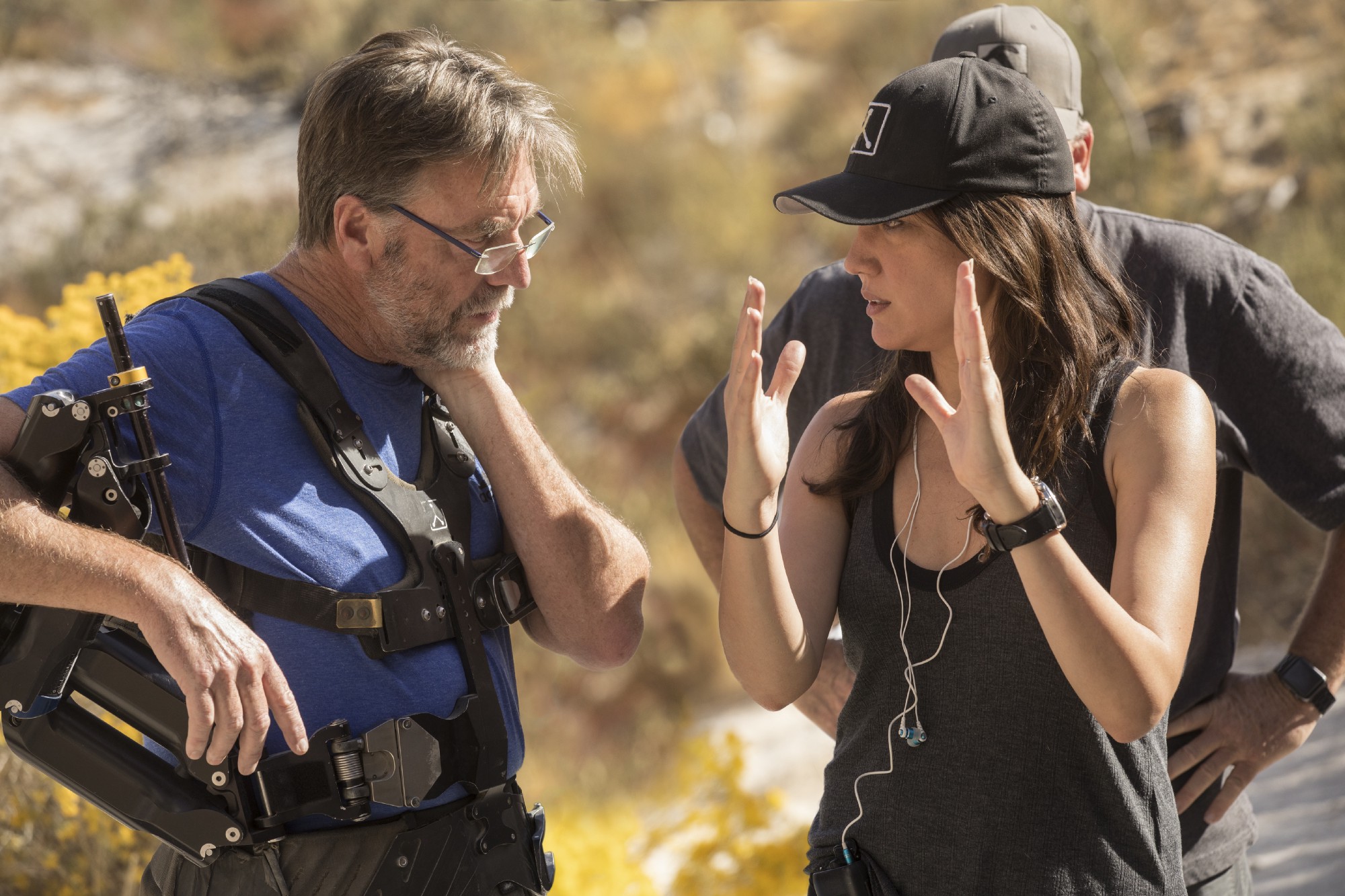 Showrunners Lisa Joy and Jonathan Nolan have put an incredible amount of energy and effort into making Westworld not only entertaining, but thought-provoking as well. On the radio show Here & Now, Joy admits she wants the audience to consider the implications of technology and the way we use it. “The hosts have seen both the best and the worst of human nature, and in the first season, we really focused on some of the negative behaviors on the guests. And so if we are like parents to the hosts, they certainly have learned some bad lessons.” She adds, “I think that it’s a general cautionary tale about hubris. The ways in which mankind tends to invent technology is because we have this drive to create and to innovate, and we don’t necessarily pump the brakes when we’re doing it.”

Joy also strives to give women more prominence in her work, something she was especially excited to do on this project. “When embarking upon this journey in terms of, ‘OK, we have the chance to do a Western sci-fi. Creatively, what are the most exciting opportunities there?’ The most exciting opportunities are often the terra incognita in terms of character, and for that, it’s the women – a lot of these movies, they really didn’t dig that deep into the female characters.”

Westworld definitely takes the opposite approach with it’s richly developed women protagonists. “Emotionally speaking, we’re in a moment where, much like the characters in Westerns, women could be overlooked or typecast or made really binary in a way. They were kind of subject to the male gaze and thought of as either sinners or saints, virgins or whores, or weak or castrating, and now was our chance to really get inside that kind of thinking, and to examine it through the female host’s perspective.” I say job well done.

HBO has released a behind the scenes look at the immortality experiment involving James Delos (Peter Mullan). Episode Director Lisa Joy joins several cast and crew in discussing how these scenes came together – check it out in the video below!

5 responses to “Westworld Roundup: New Interviews with Evan Rachel Wood, James Marsden, and Lisa Joy; Behind the Scenes of the Delos Experiment”