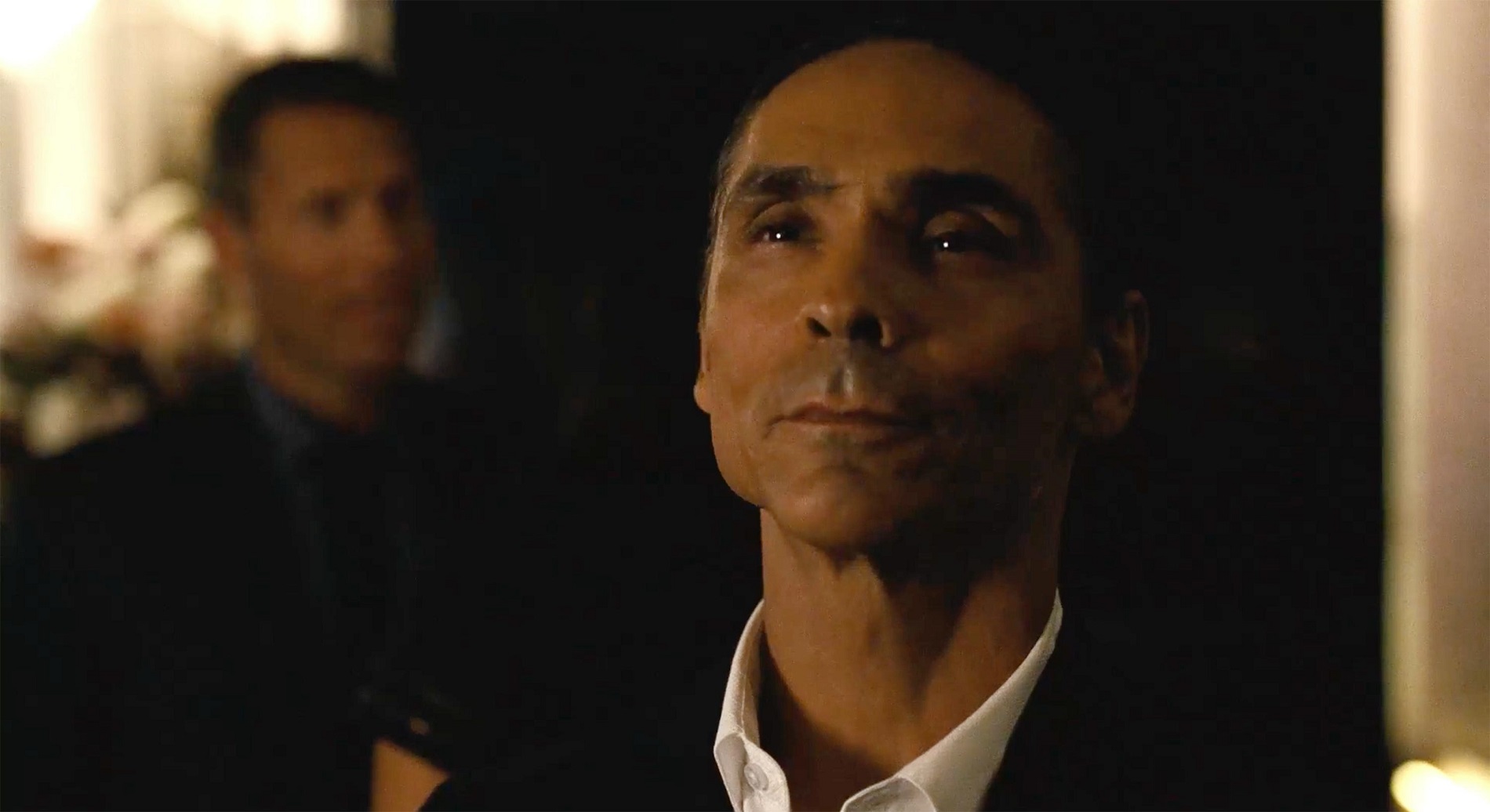 Zahn McClarnon is no stranger to the western genre, currently appearing on AMC’s The Son and having worked alongside Westworld cast mate Louis Herthum on A&E’s Longmire. Born in Colorado as Zahn Tokiya-ku McClarnon, the Lakota-Irish actor has built an impressive television resume and earning critical acclaim for his role as Hanzee Dent in season two of Fargo. McClarnon was an exciting addition to Westworld this season, giving more importance and emotional weight to Ghost Nation.

In an exclusive interview, I was fortunate enough to speak with McClarnon about his time working on Westworld and how he felt about his character – Akecheta – telling Ghost Nation’s story.

Were you a fan of Westworld prior to joining the cast?

Huge fan. I think it’s extremely bold television – thoughtful, profound, great, it’s innovative. You just hope as an actor that you get to be part of a show like that.

It was a pretty typical audition process. I think I was shooting something at the time, and the opportunity came up to read for Westworld and obviously I said, ‘Yes. Yes, yes, yes! Please!’ I put myself on tape – very little dialogue. I did some language, spoke some Lakota in the audition, and put that in as well to one of the scenes. I had the tape sent in from my agent, and they responded positively and asked me to come aboard. I was very honored.

How was your character described to you when you came on board?

I just found out little bits and pieces later of who Akecheta was, and what his journey was. It was a completely different process than most television shows. You take that information, you do the best you can and try to be honest with it. You get a scene and they try to sit you down and explain to you what happened before, and what’s going to happen after, in a kind of generalization of the storyline. You just take it and try to process it and be as honest as possible. And ask for help. A lot of help. [laughs]

Ghost Nation has been a very mysterious element on the show, and I was happy to see more of a focus on them this year. Did the showrunners give you much information about their story before filming?

No, to be honest with you. Again, it’s a different process the way Jonah [Nolan] and Lisa [Joy] and the creators work – and the writers, like Carly Wray. They give you exactly what you need, and they support you. They’re there on the set – Jonah and Lisa were always there – and they walk you through it. I just found it to be a new and exciting way to work. I hope I can take those experiences and use them in future work that I do. I tapped into different strengths of the process you have to learn to do, and that’s a beautiful thing. I was trying to learn more and more aspects of my creativity and they opened a lot of that up for me, and I’ll be forever grateful for that. 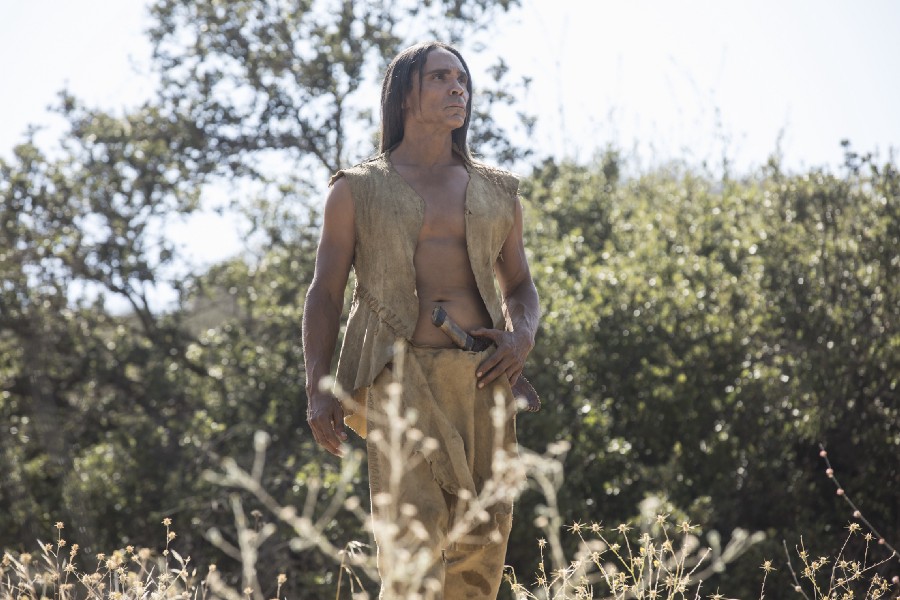 We only saw Akecheta in a few brief scenes prior to this week’s episode, which focuses heavily on your character. Were you excited to learn Akecheta would be featured so prominently?

I was very excited to work with people like Jonah and Lisa and all the production of Westworld. What does HBO say? ‘It’s not television it’s HBO?’ [laughs] And it is so true! It’s so, so unique when it comes to a television series – the time and the effort, and HBO being so visionary and bold with their storylines. So when I found out I was going to be a part of it…you only hope you get jobs like this in your career, to be a part of this kind of production. So when I found out that they were going to focus an episode on the Ghost Nation, I was extremely excited to be part of that and work with these people. And be a part of the rest of Ghost Nation, which you’ll see more of as well. It’s the awakening and the journey of Akecheta, and the loss, and love, and the coming to terms with identity and free will and consciousness. Just like many of the other characters in terms of questioning their reality – it just gets to be a Ghost Nation character this time. I was thrilled.

Not to mention how beautifully shot the episode was – the locations are gorgeous.

It was gorgeously shot. The scenery is just absolutely stunning. These DPs [Directors of Photography] and these filmmakers are just all brilliant.

Were there any actors you especially enjoyed working with this season?

It was such an honor to be a part of it and work with all these actors that I worked with – heroes of mine, ever since I was a little kid. Watching Ed Harris and Tony Hopkins and Jeffrey Wright, it’s just unbelievable. Obviously Tony Hopkins is one of our finest. He’s always been in my top four or five actors that I’ve enjoyed watching, and it’s a dream come true to be able to work with all of them. Jeffrey Wright has been a big hero of mine ever since Basquiat. Obviously Ed Harris in Pollack and State of Grace – some of my favorite films. And Tony Hopkins – one of the first things I saw him in was Remains of the Day. It was just unbelievable, and such inspiring people to be around. And to actually get to communicate with them and sit and do a scene with them is just a dream come true. And not just me, any actor would want to work with these phenomenally talented human beings.

How has your experience on Westworld compared to other projects you’ve worked on? Aside from the secrecy, of course.

HBO and Westworld put so much into their process and they take their time. It’s not like other television shows where its very fast and they try to shoot as much as they can in one day. It’s just slowed down and it breathes more, and I found that to be very stimulating and helping me in my process – just slowing down and getting a couple more extra takes than you usually get. Relaxing – it was a beautiful experience. I just can’t say enough about these creative people that I work with. Just brilliant people. You just hope that you can be a part of television shows like that. To get the opportunity to even just read for television shows like that – especially being an actor that is part native American – you don’t get a lot of opportunities to be a part of a lot of television, because the storylines just aren’t there. So when you get the top shows like Fargo and Westworld – when you get opportunities to be on – it’s just a dream come true. I feel extremely fortunate to be a part of season 2 of Westworld. 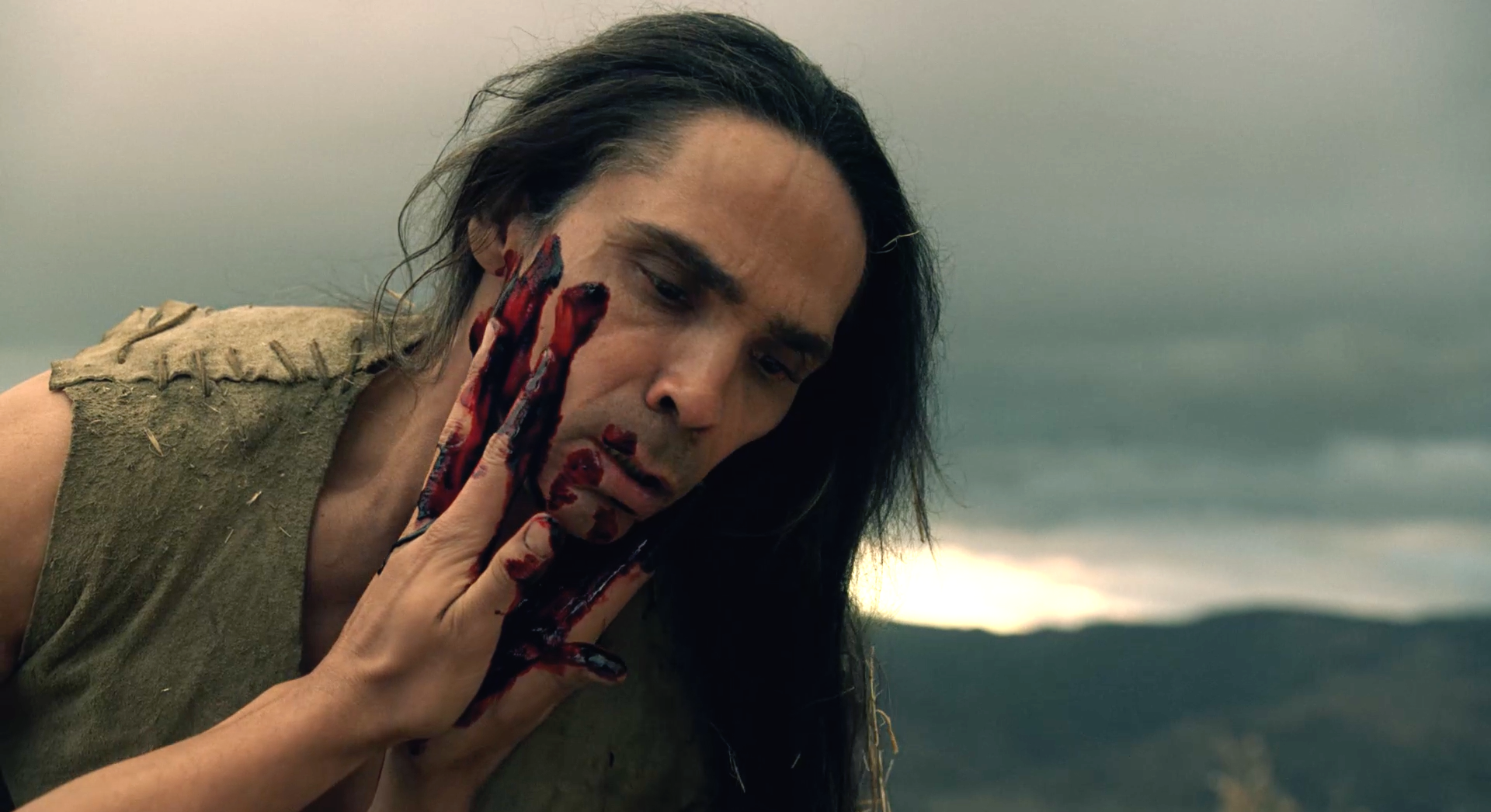 If you could be any other character on the show, who would you be?

Maeve. [laughs] I like Maeve. You really see our connection in episode 8.

Do you have any other upcoming projects that you are particularly excited about?

The second season of The Son on AMC and the third season of Queen of the South, which will be out in the next 2 months.