Sunday’s Westworld episode filled us in on Maeve’s and Stubbs’ stories since the park uprising, introduced us to a new villain (Serac), and gave us a fun Game of Thrones crossover! Now that Bernard, Stubbs, and Maeve are out in the real world, will they continue to oppose Dolores…or join her? While we wait to find out where their loyalties lie, let’s dig deeper into “The Winter Line” with this week’s interviews and videos! 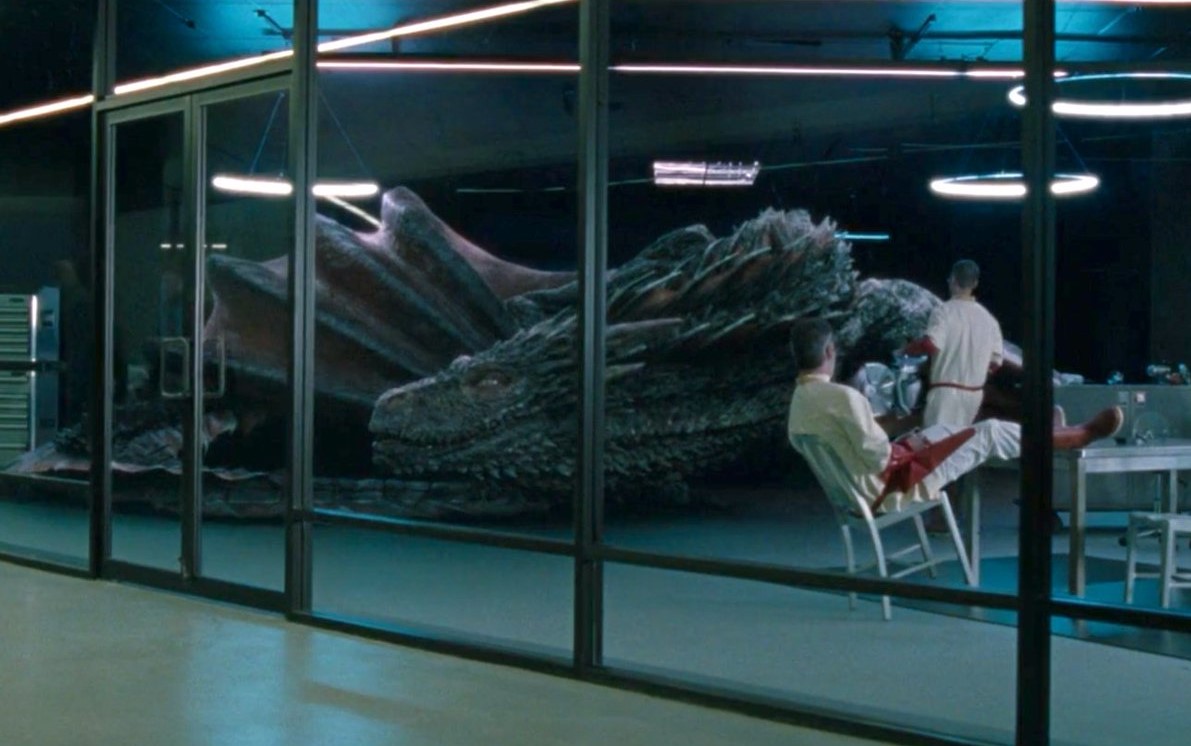 First, showrunner Jonathan Nolan discusses that Game of Thrones moment with Insider. “We are both fans of and friends with Dan [Weiss] and David [Benioff]. We had this goofy idea that we would pay homage to their staggeringly beautiful and ambitious show — the show that paved the way for us to be making Westworld with the same kind of ambition and production value…So we pitched them this goofy idea, and they were kind enough to come and hang out on our set for one night and bring their oversized, fire-breathing friend with them.” Now we know where Drogon went after the season eight finale…

Nolan admits that this idea has been floated around for awhile now. “There were always two competing pitches, right? [First] George R.R. Martin…frequently pitched the crossover of a ‘Westeros World’ episode, and then Athena Wickham, our partner and one of the executive producers on the show, insisted that we find a reference to Crichton’s other great ‘theme park run amok’ [story], Jurassic Park.'” He adds, “I was of the theory that the lovely people at NBC Universal probably had a lawyer sitting and watching every episode, waiting for the dinosaur, so they could make a friendly phone call to tell us to cease and desist. So we found a way to blend those two pitches into one ridiculous moment in our series.” 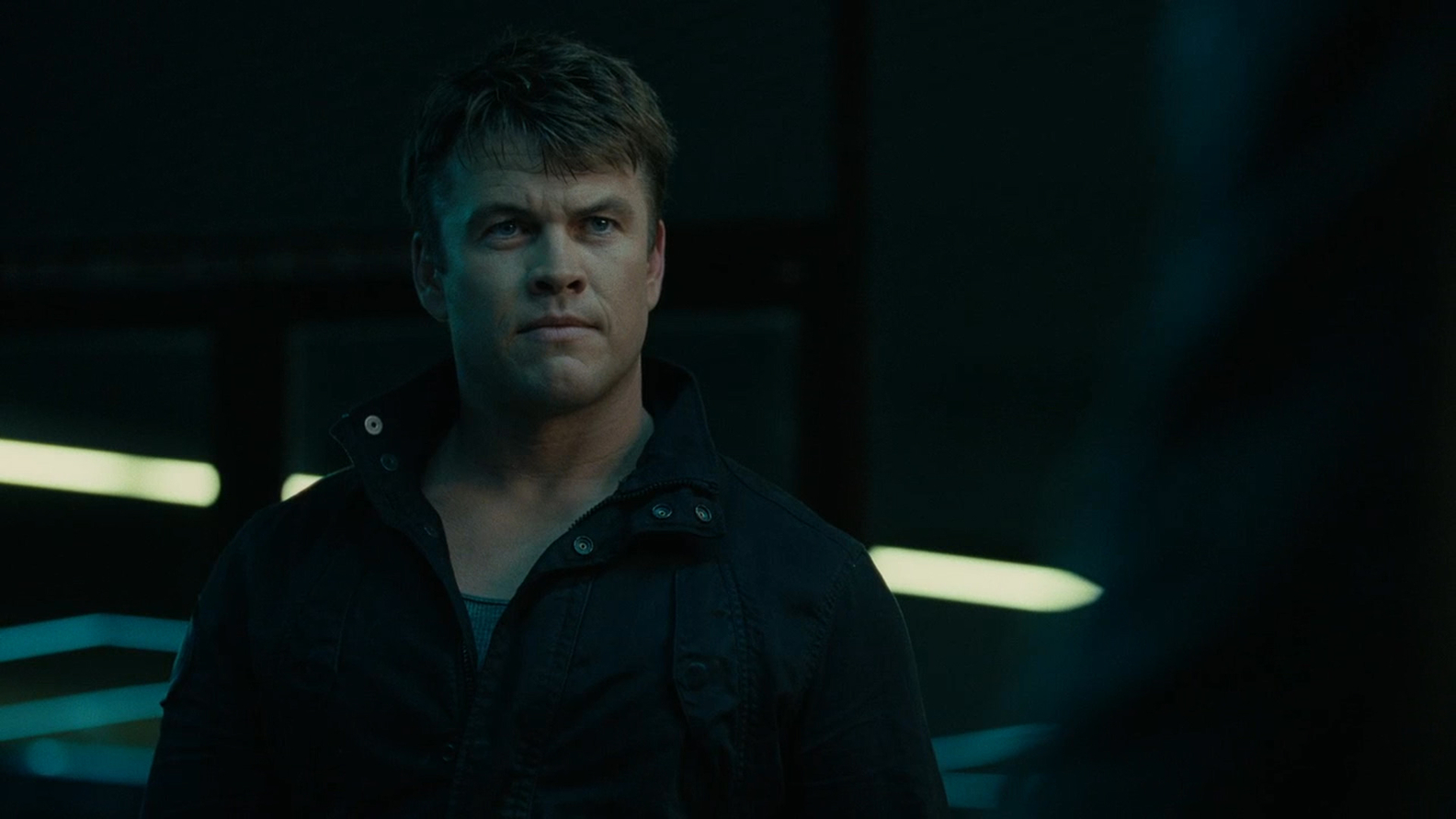 Also from Insider, we have an interview with Luke Hemsworth who confesses how he feels about Stubbs being a host. “There were always still questions about, for me, who exactly does Stubbs work for? And I think that’s addressed in this season a little better. But up until that point, it was always like, ‘What? Who? Where? Who am I reporting to, and what is Delos?'” He continues, “It’s interesting to play with this idea that Stubbs actually was aware that he was a host the whole time, which I don’t think anyone else has that to wrap their heads around. But it’s good. I think it crystallized his decisions a little better for me.”

Hemsworth also shares an anecdote about his fight scene with the security team, saying, “The funny thing is, the first big fight that I had when we’re leaving the park with the guys in the hallway, I actually snapped my bicep off the bone two days before that. So when [Stubbs] gets shot in the arm, that was something we had to do because I couldn’t move my arm properly. I was hanging a TV by myself on a ladder and just — it was a big TV…I was just kind of bouncing it to get it onto the brackets and it just went like [makes a popping sound]. It was like an ax chop. But I got the TV on!” Well that’s a relief! It’s definitely an impressive feat fighting a team of humans, let alone one handed. 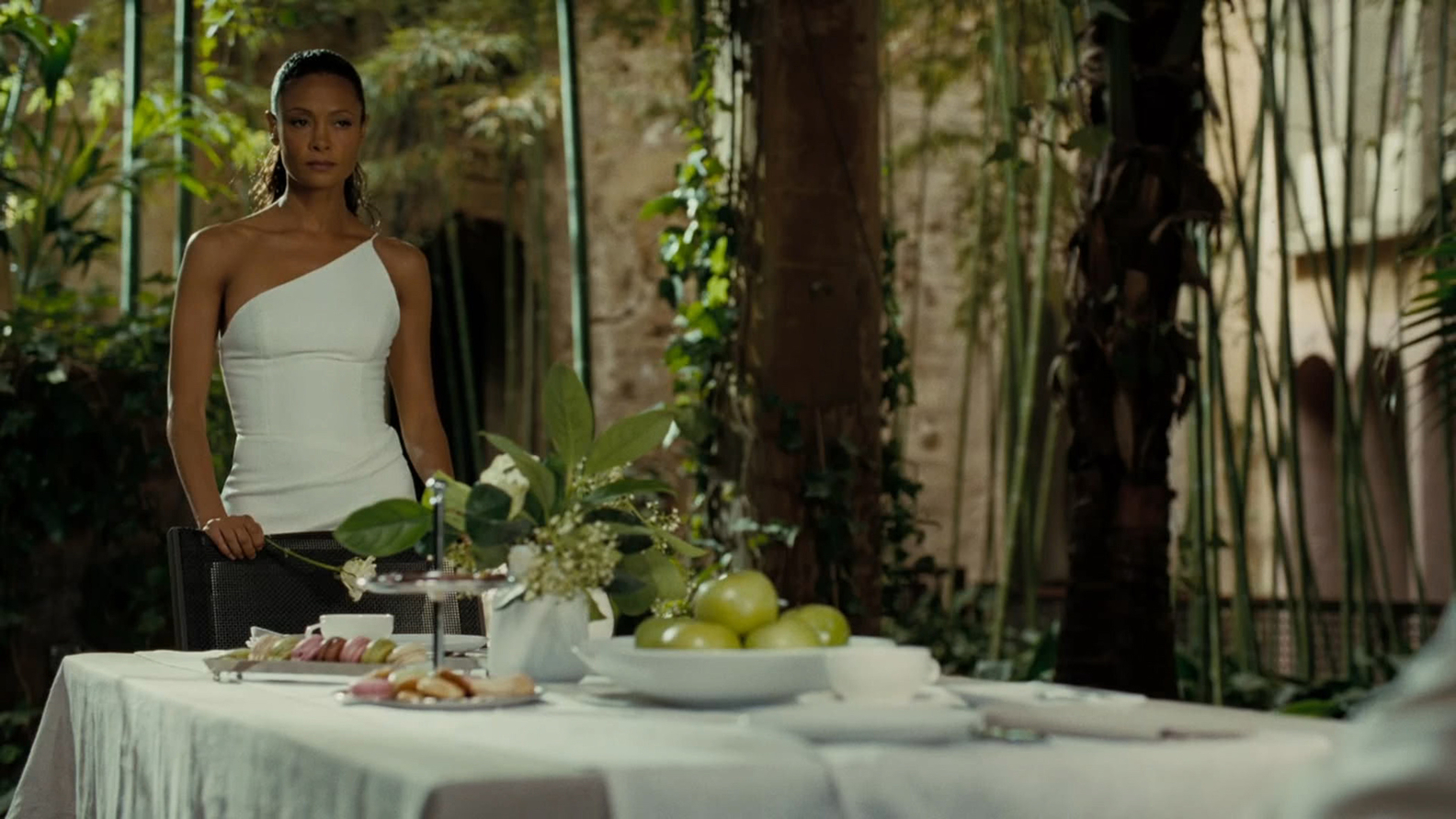 Finally, episode director Richard J. Lewis talks to Deadline about Serac’s intentions with Maeve. “At the outset, Serac wants Dolores, and eventually he’s going to get her from Maeve in-person. I think he may have been hoping if he had an optimum situation, it was that Maeve would blurb pertinent information about Dolores’ whereabouts to the simulation of Lee Sizemore. Eventually, Maeve is so smart, Serac has to curtail these plans to some extent because she’s basically successful in crippling the simulation and therefore he must bring her to him, and that’s where she ends up in the ultimate scene.”

Lewis also gives some Incite into Serac’s character, including that he no longer has ties to Incite. “Now he’s branched off and is his own entity…It’s not black and white with Serac. There’s a lot of grey area, but ultimately I think he wants to save humanity for all its foibles. And all the cynicism you feel in that monologue, I feel he still wants to save humanity, that’s his modus operandi. How he achieves this, or doesn’t, you’ll get to watch in the next few episodes. He’s not a black and white character, he’s very complex, he has some deep existential philosophies about what it is to be human, and he represents a lot of thematic elements in season three.” Will Serac’s methods be worth the cost? I guess we will find out eventually.

Don’t forget to get a sneak peek at episode three – watch the preview below:

One response to “Westworld Post Mortem of “The Winter Line””