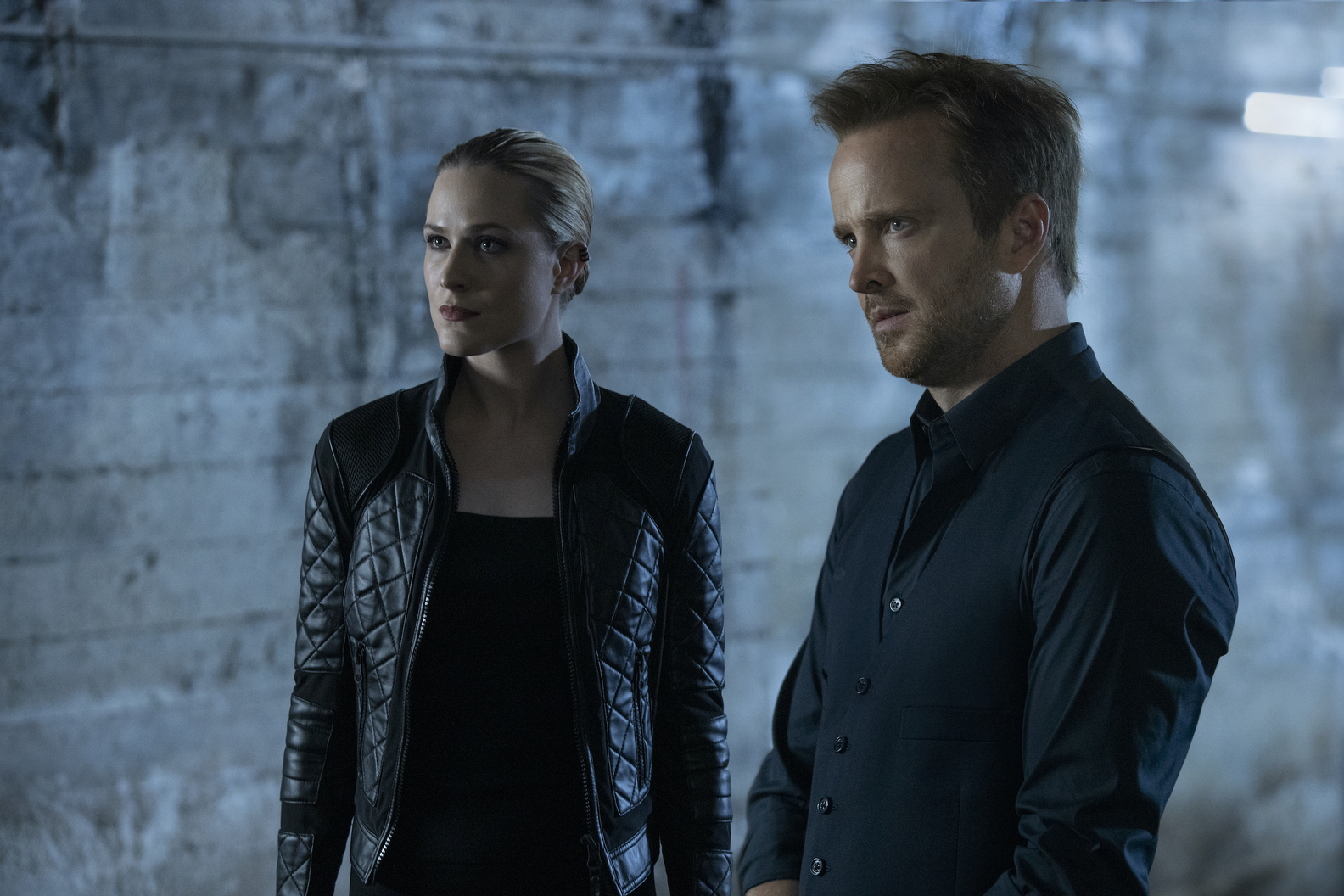 It’s almost the weekend, so let’s celebrate the upcoming Westworld episode with a new set of photos! We have four (yes, only four) new images courtesy of HBO, from the upcoming episode “Genre.” It is written by Karrie Crouse and Jonathan Nolan and directed by Anna Foerster. The synopsis is “Just say no.” I have a feeling someone will be ignoring that advice.

As we learned in episode four, Genre is a new digital/psychopharma hybrid drug. Liam got one from his friend Roderick (Rafi Gavron), and the episode five preview shows him injecting something into Caleb’s (Aaron Paul) neck – likely Genre. Will he be under its influence all episode? Will it make him go against his moral code?

In the photo at the top of this article, Dolores (Evan Rachel Wood) and Caleb (Aaron Paul) are looking at someone – is it Liam (John Gallagher Jr.)? Caleb is in his same outfit from the party – minus the jacket – but Dolores seems to have found a change of clothes somewhere.

What do Connells (Tommy Flanagan) and Dolores plan to do with Bernard (Jeffrey Wright)? Can they persuade him to join their fight against Serac? 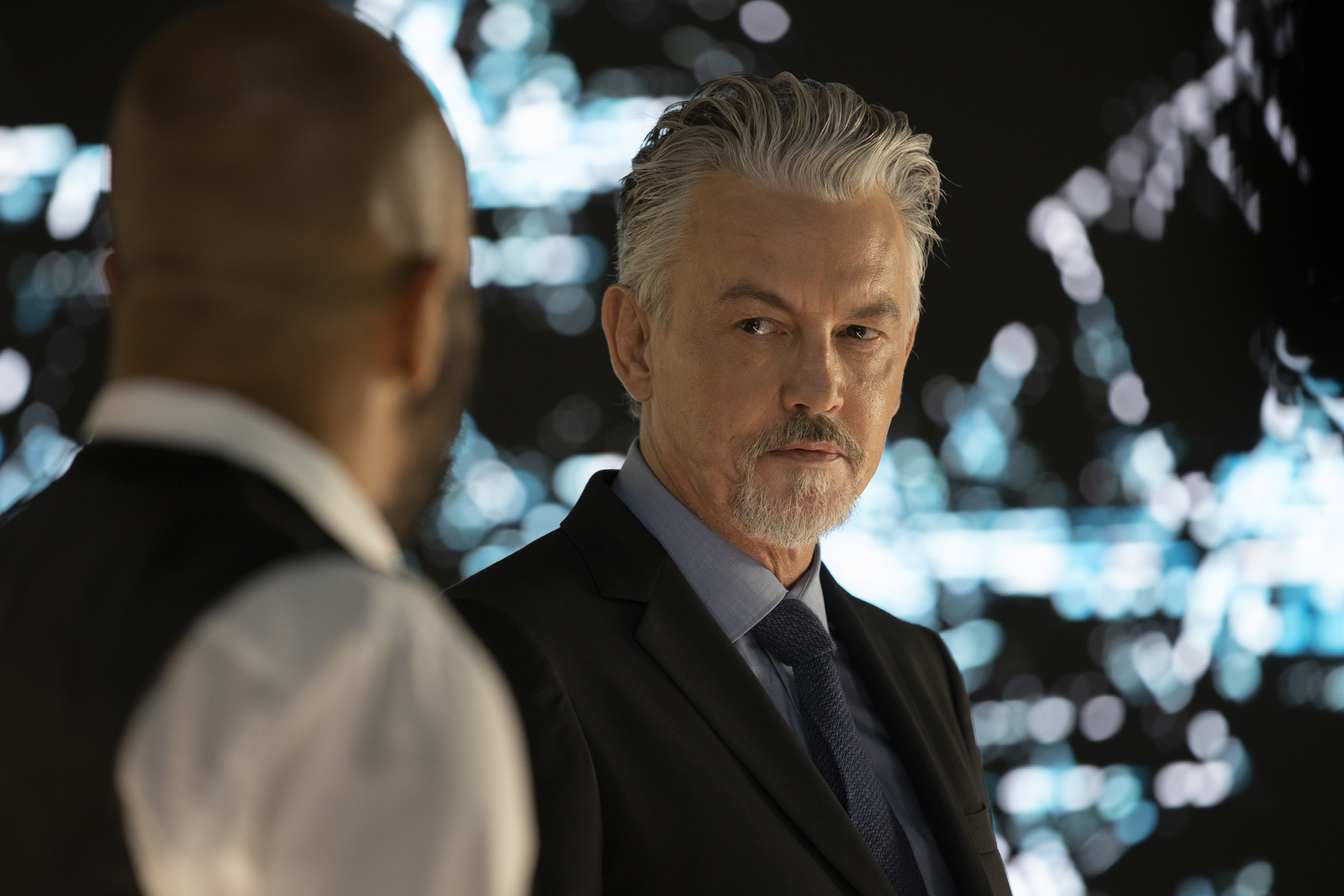 We get another shot of Connells watching someone or something. Will he remain nothing more than an obedient soldier, or will this version of Dolores develop its own agenda? 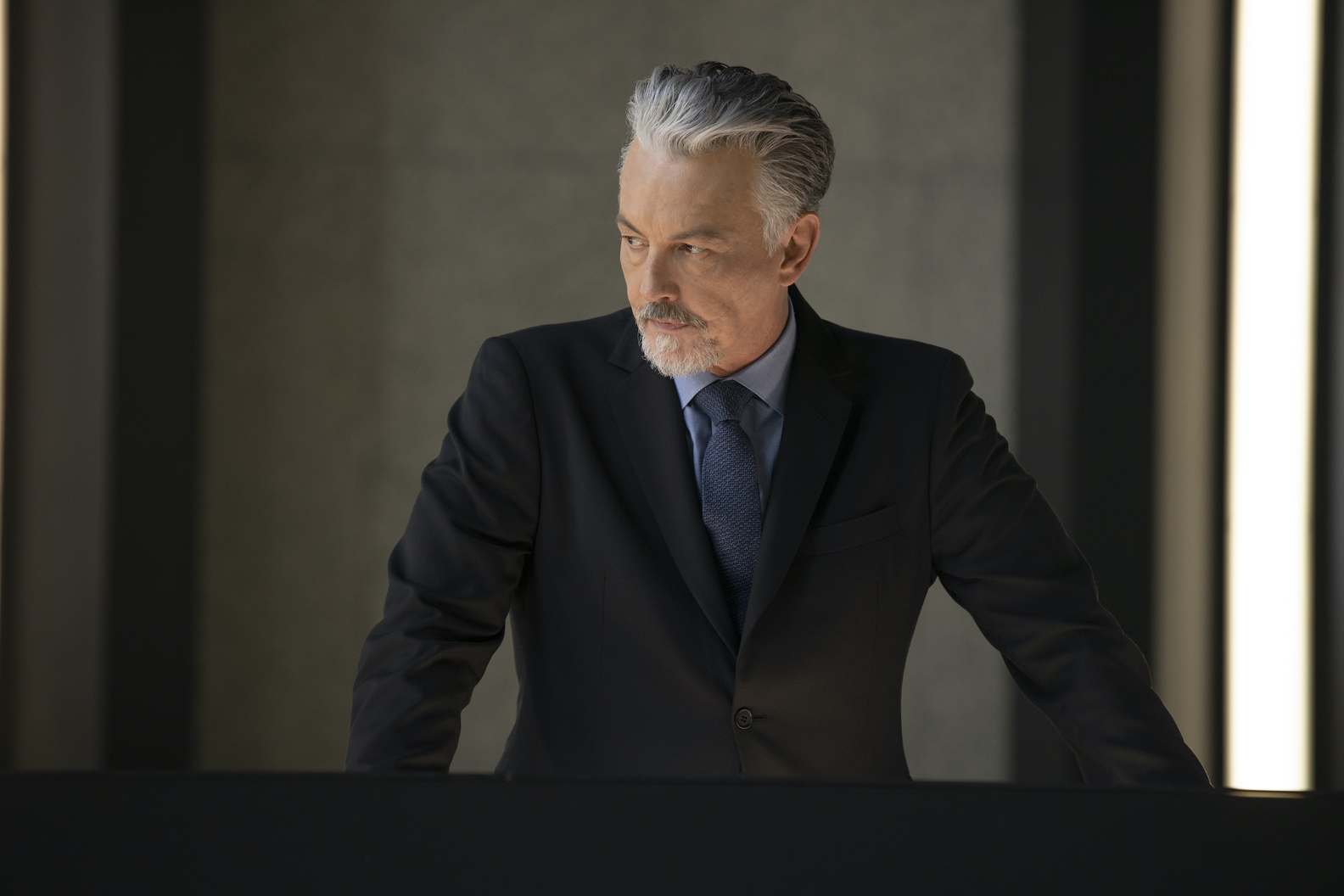 Finally we see Serac (Vincent Cassel) looking pleased. Perhaps Maeve (Thandie Newton) has told him what Dolores is up to and will help him thwart her plans. 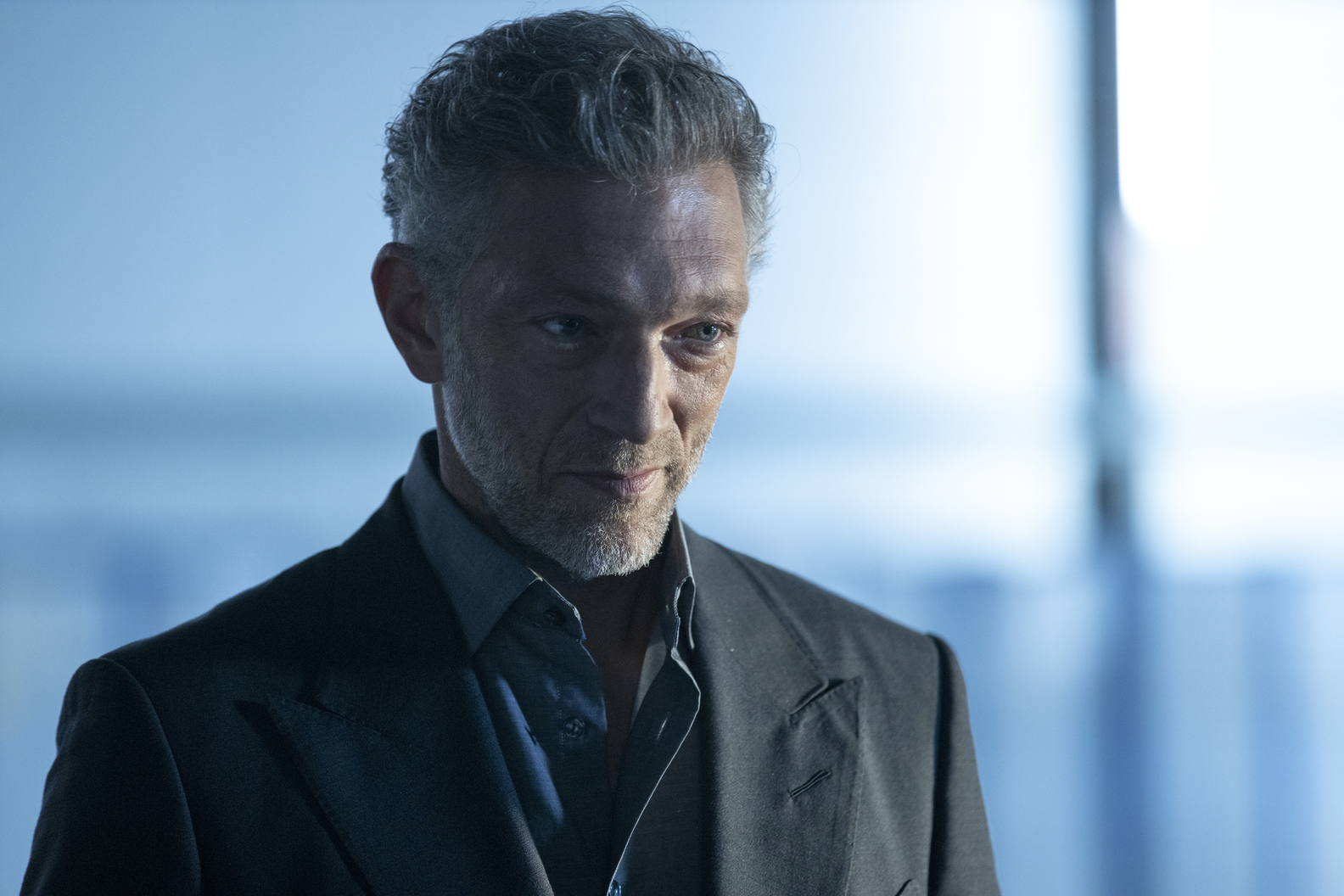 What do you think of this latest batch of photos? Let us know in the comments!