For those that may be unaware, HBO’s Westworld is an adaptation of the original 1973 film Westworld, which was written and directed by novelist Michael Crichton (Jurassic Park, The Lost World, Twister). 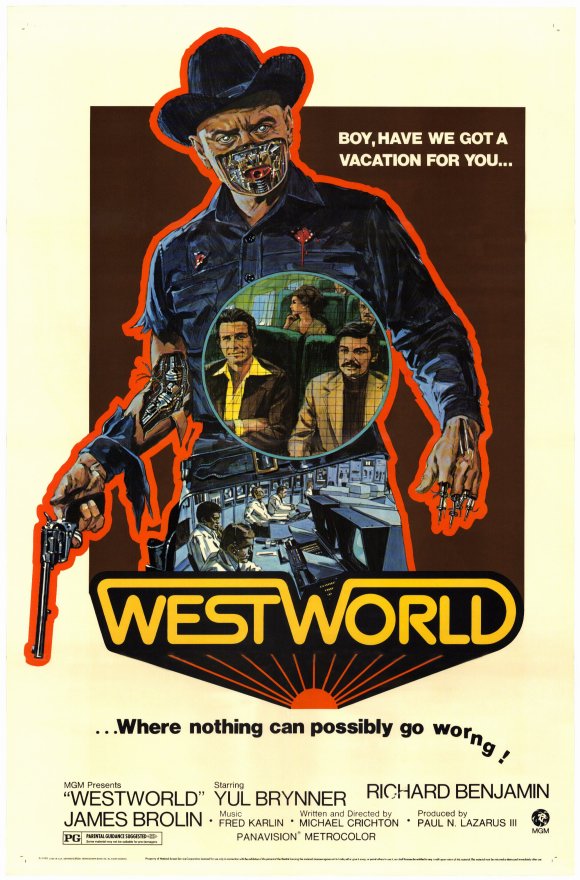 The film starred Richard Benjamin and James Brolin as the primary guests at the resort, and Yul Brynner, who plays the headlining malfunctioning android.

The movie was considered a financial success, earning approximately $4 million by the end of 1973. Following a re-release in ’76, the film’s earnings grew to roughly $7.3 million.

Westworld was Crichton’s big-screen directorial debut. In an interview in January of 1974 with the LA Times, Crichton stated that he did not want to make his debut in science fiction but said, “That’s the only way I could get the studio to let me direct. People think I’m good at it, I guess.” 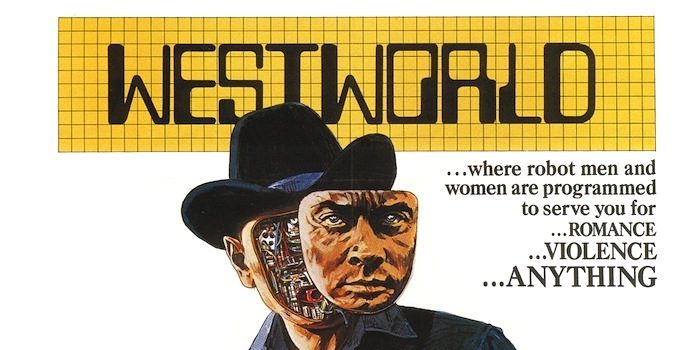 The film was also the first to feature digital image processing that served as Brynner’s android POV, a process better known today as pixelization.  Achieving this effect in 43 years ago was not an easy task, especially considering the limited budget of the film (MGM was willing to shell out approximately $1.25 million, total). Crichton’s script read the effect should be “a bizarre, computerized image of the world.”

Crichton’s first attempt at locating a company that could achieve this effect was met with a quote of $200,000 accompanied by nine months of work (for a little over two minutes of screen time, mind you). Neither the time frame nor the budget would allow it. Crichton eventually met up with abstract filmmaker John Whitney, Sr., who referred him to his son, John Whitney, Jr. The younger Whitney was intent on using computers in film and reportedly offered to do the job in four months for a total of $20,000.

The success of Westworld prompted a sequel in 1976 entitled Futureworld, which was widely panned by critics. Crichton was not involved in the sequel, and only Brynner from the original film returned (but even he only made a very brief appearance).

In 1980, CBS attempted a TV series based on the two movies: Beyond Westworld. However, the show was canceled after filming five episodes and only airing three of them.

Well known drag queen and television host RuPaul is no stranger to the spotlight. While fame certainly does come with some notable perks, being in the public eye also opens the door to hatred, especially being the polarizing figure that he is. This...

The techs at Delos Incorporated are working hard to bring everything back online after their security breach during the season finale of Westworld. They even managed to sneak in a hint at what may happen next season! The team at Heavy pieced...

One response to “The Original Westworld”