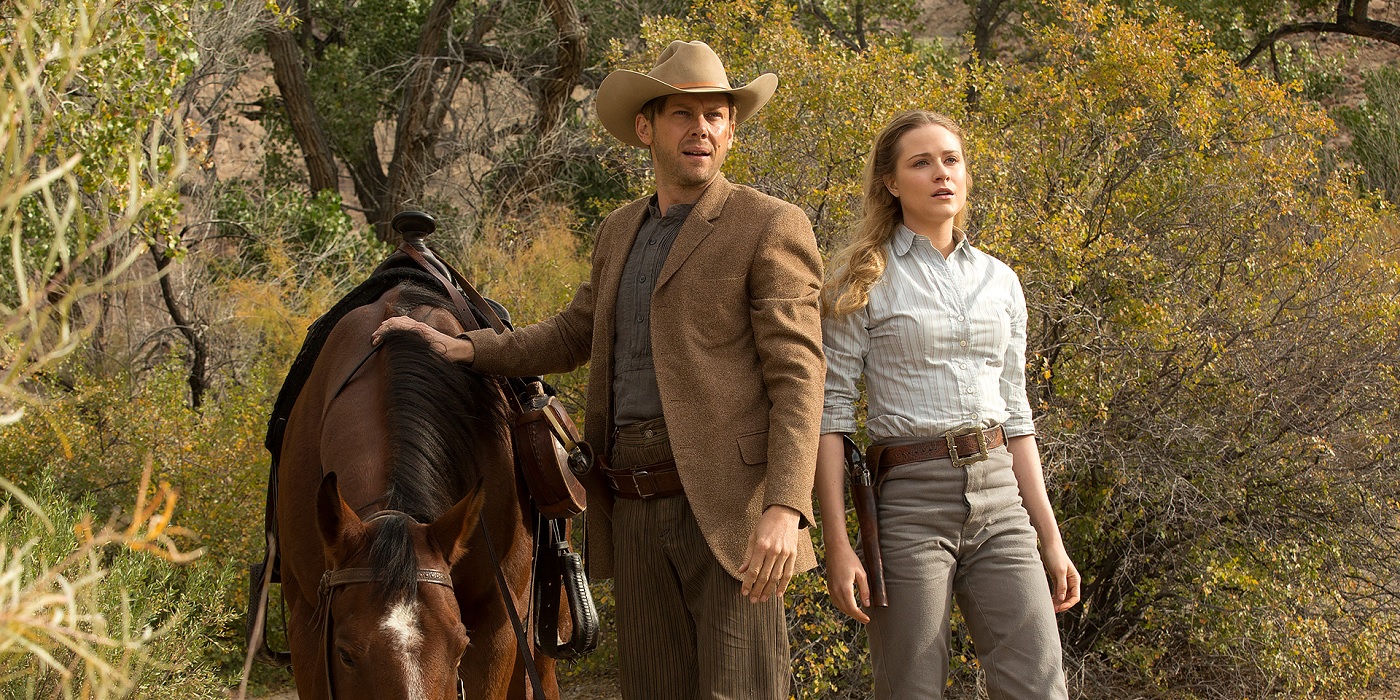 Well, here we are, Watchers, at the dawn of another day, in a new home, in another corner of the internet to call our own.  If I were feeling cute, I could even make a crack about how “these violent delights have violent beginnings.” That’s a bit trite, though, and the truth is, it hasn’t been that way at all.  While our Game of Thrones-centered website, Watchers on the Wall, was founded in a surge of rebellion, this new site has been created in a more peaceful time, with the team enthusiastically working together to push forward and stretch ourselves for the joy of it.

Why now? Well, several of the Watchers crew were intensely intrigued by HBO’s futuristic sci-fi/western hybrid from the get-go, but we didn’t want to start a fansite about it until we knew if we actually liked the show! And that we did, once Westworld found its groove and deepened the puzzles of Delos and its theme park’s hosts.

Taking the reins here at Westworld Watchers as editor-in-chief will be a trusted and familiar voice in our community, Marc N. Kleinhenz. He’s brilliant, he’s dedicated, and he loves Westworld‘s characters, twists, and theory-inspiring mysteries, making him perfect for the role.

Now it’s his turn to say hello, so please give him a warm Westworld Watchers welcome!

My name’s Marc N. Kleinhenz, and I’m a freelance writer, editor, and ebook publisher who has written for 33 sites now. I started my online writing career covering videogames (I wrote for IGN, Gamasutra, and GameXplain, among several others), then progressed to theme parks (Theme Park Insider, Touring Plans, and Orlando Informer, where I’m still the contributing editor and podcast co-host), and have now rather nicely settled into film and television (Screen Rant, Watchers on the Wall).

I found my way into the Watchers orbit, like so many of us brothers in black did, first through Winter Is Coming, having written the occasional feature for both Papa Phil, the original editor-in-chief, and then Zack, that Game of Owns bloke. Once the staff entered its Biblical exodus and founded Watchers on the Wall, I stumbled after them and, in a moment of absentmindedness, pledged to take the black up with them as a full-time part-time kind-of guy. That was two-and-a-half years ago, and instead of coming to their senses and eventually casting me out, Sue and the rest of the gang opted instead to promote me.

It might be their mistake, but it’s to our – the fledgling Westworld fan community – benefit. I’ve been around the fandom block a few times, and I’ve experienced a whole host of different approaches to writing, publishing, and broadcasting content, from the senseless to the sublime, from the calculating to the innocuous, from the commercial to the heartfelt. I sensed Sue and the rest of the Watchers team’s homespun dedication right away, their insistence on running fewer ads or keeping GIFs at arm’s length in order to present a more approachable, more comfortable place for fans to kick their feet up and find themselves a new nerdy home. To be perfectly blunt, it minimizes ad revenue for them, but it maximizes the end user’s experience. They’re some of the most decent folks I’ve yet come across in the Wild West that is the internet, let alone worked for.

That’s the approach they pitched me on for Westworld Watchers, to continue the coziness of the original site, and it’s the reason I said yes to helping them run it. Since we’re a smaller operation, just like WOTW continues to be (yes, despite all the delivering of scoops and the amassing of citations across dozens of [big!] news sites), we don’t have to mass produce posts; when we run an article, it’s because we’ve put thought – and, hopefully, heart – into it, and because we think it’ll amuse or elucidate or otherwise help you, the fan, to slip back into your new favorite HBO series (after Game of Thrones, of course). There is no corporate mandate – just the creative impetus to analyze, deconstruct, break news, and have the occasional laugh at Westworld.

But despite the Watchers template we have to work off of, this enterprise is still a huge gamble. Since the series is still so new, and since its second season won’t debut until sometime in 2018(!), there’s no guarantee that this site will stick the same landing that its progenitor did. We don’t know if the burning passion that Game of Thrones so easily engenders among the faithful will translate to the new fandom, or if they’ll even want the same community gathering place that WOTW instantly became. So that means we’ll have lots of trial and error over the next year or so, lots of different attempts at enjoying our (admittedly limited) Westworld content and lots of different opportunities to start new conversations and debates – but it’s all dependent upon you, dear reader, and how far you’re willing to pursue Arnold’s Maze and to engage with us here. Let us know what we’re doing right and what we’re getting wrong, and, most importantly of all, please help spread the word to all those who you think would also appreciate grabbing a seat at the Mariposa Saloon and whiling the night away with link-minded guests.

And now that the poetry is out of the way, it’s time for a wee bit of prose. Although many of the contributors from Watchers on the Wall will be making the great train ride over here to Westworld Watchers, we’re still looking for new voices to provide new insights on this new series – if you’re interested in taking the plunge with us, please feel free to hit us up. We’re fixin’ to provide the same type of news coverage and exclusive slate of features that our sister site has been blessing the world with for the past few years, plus some new experimental stabs at a few different types of content. It should be exciting – and just a tad intimidating on our side of the park. Either way, we’re happy to have help with all of it.

Now, then. Let’s dig in for the long haul and get this thing started.

38 responses to “Salutations and Provocations”