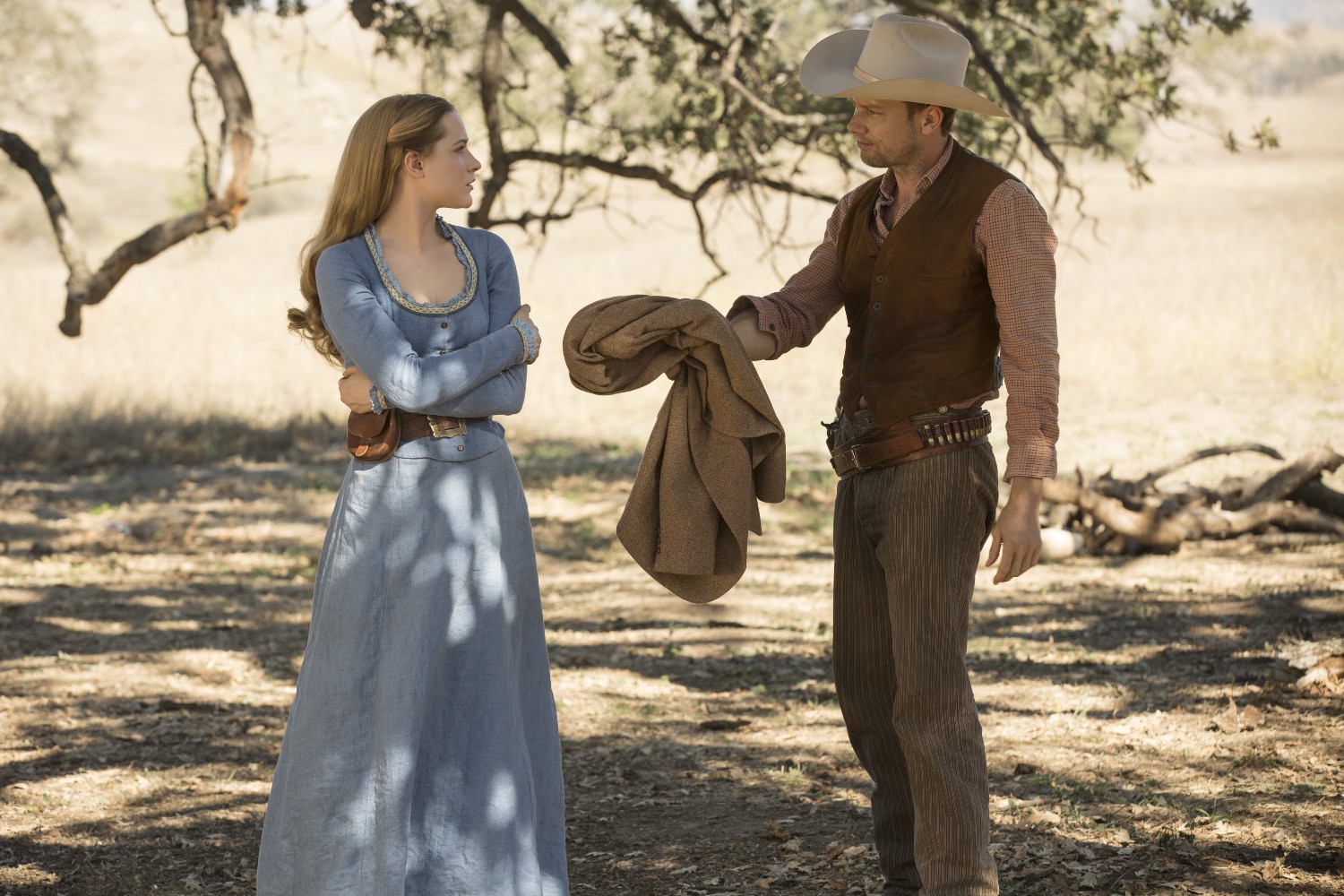 Viewers and cast members alike were shocked when William’s fate was unveiled in last night’s Westworld finale. Jimmi Simpson hopped on the train out of Sweetwater and sat down with Vanity Fair to discuss that big twist, Reddit theorizers, and season two.

MAJOR SPOILERS for season one of Westworld incoming!

Notable for more minor roles in series like House of Cards and It’s Always Sunny in Philadelphia, Simpson reveals even he didn’t expect William’s major outcome.

The entire arc of William that you’ve seen was withheld. I had no idea. What I’m used to doing in my career is popping in and showing up for a minute, but it’s often a distraction from the story. I assumed I would be popping in for a little bit. I had no idea I would be running for the arc of the season.

He also discloses the tiny detail that brought him to the Man in Black:

I was with an amazing makeup artist, Christian, and he was looking at my face too much. He had me in his chair, and he was just looking at my face, and then he said something about my eyebrows. “Would you be cool if we just took a couple hairs out of your eyebrows, made them not quite as arched?” It was simply that.

Eyebrows? Why would they need to match eyebrows?

I started thinking the one reason was to make me look like someone else, and then I cycled through the Rolodex of the main players. There’s only one that really fit my look and dialect. They didn’t reveal any of that to any of us until about [episode] eight, nine, or ten officially. This was probably seven months before I was supposed to know this, but I just said to Lisa, “Am I supposed to be Ed Harris?” She just froze and said, “I can‘t say anything, but I will say you have a hell of an arc this season.” 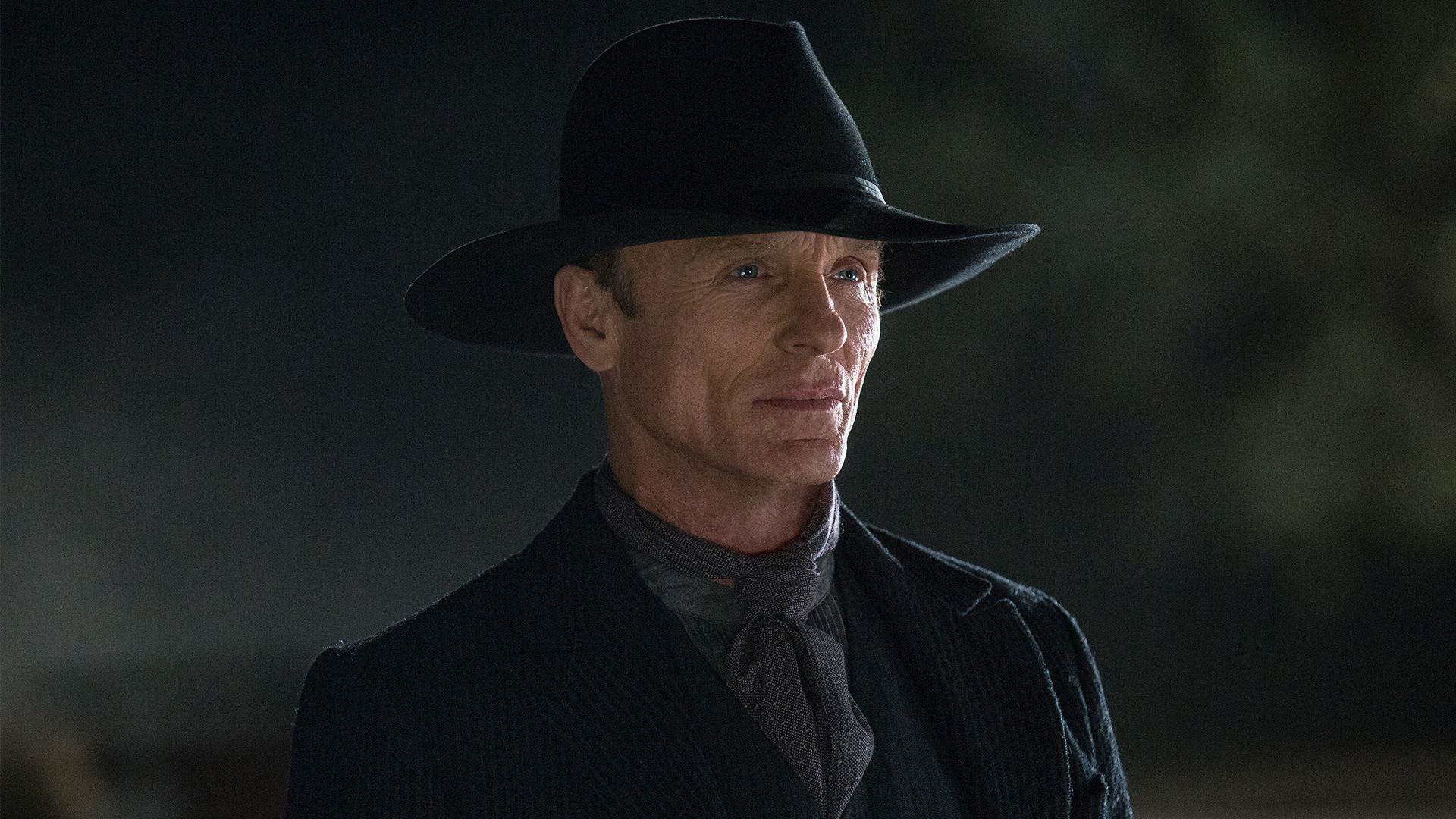 And one hell of an arc he had. William’s true self was revealed to him as he swapped his white hat for a black one and indulged in such violent delights.

Even though we had eight episodes in between William’s introduction and his reveal, some viewers identified him as Harris’s past form almost instantly. Simpson was “shocked” to see it called so early but doesn’t assign blame to those who cracked the code for “spoiling.”

It’s just like anything else. As humans, we want something new, so we keep digging deeper. There are these Reddit avenues of, “Okay, we’re going to unpack every single readable subtextual element of this and discuss it hyperbolically.” You really don’t have to participate in it, and I don’t think it really does penetrate. They’re Sherlock Holmesing. That’s what their aim is. It’s, like, little subsets. But the majority of people have just fallen in love with the story.

He goes on to justify that knowing the outcome doesn’t necessarily diminish the journey:

Lisa and Jonah aren’t just working out a puzzle you figure out – they’re telling a story. And they have a huge emotional well. You can maybe figure out how to get down the ladder, but you’re not going to have the experience until they give it to you.

Sadly, Simpson will not return for season two (“I feel the same way, like, gosh darn. My William has served his purpose. As of now, I’ll be done at the end of season one”), though we do know the park won’t be without a William.

Be sure to check out the full interview over at Vanity Fair, where Simpson dishes on his cast mates’ reactions to his twist, real-life influences while playing William, and his admiration for the brilliant showrunners of Westworld, Lisa Joy and Jonathan Nolan.

How did you react to finally knowing who the Man is Black is? Did you see it coming? Let us know in the comments!