Showrunners say ANYONE could return 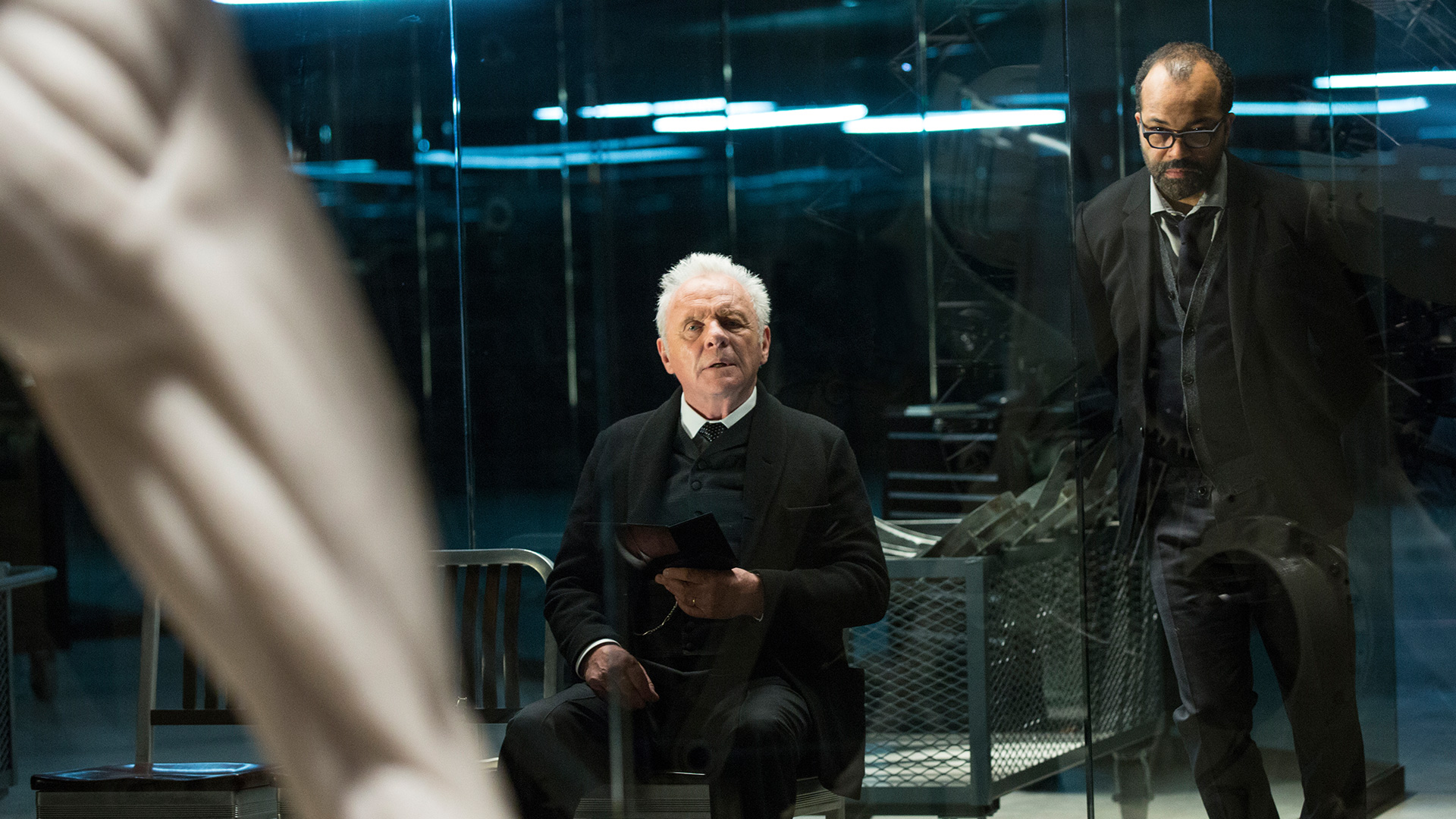 The season finale of Westworld answered the majority of viewers’ burning questions for season one, and, naturally, with those answers came an abundance of new questions for next season.

One of the most central questions concerns the fate of the omnipotent Dr. Robert Ford (Anthony Hopkins). Entertainment Weekly received a glimmer of hope from showrunners Jonathan Nolan and Lisa Joy that we may not have seen the last of Hopkins or any other cast member (minus Jimmi Simpson’s William).

When asked whether or not we can expect Hopkins to return next season, Nolan gave a rather ambiguous answer that opened a floodgate of possible character returns:

We were very lucky to have one amazing season with Anthony Hopkins. We loved working with him. As for the show, where it goes, the characters — we’ve well established we’re playing in a more advanced rule-set in terms of death and resurrection than other [projects] I’ve worked on. So I would say: assume nothing.

We’ve already been teased that another character may have escaped his or her supposed death, so what’s to say Ford can’t? (If that even was the real Dr. Ford.) Personally, I can’t begin to fathom a man as obsessed with control as Ford simply bowing out and leaving his revered creations behind. His new narrative has Arnold written all over it, and I’m thinking that’s precisely what Delos will be manipulated into believing.

The showrunners even addressed this in their Facebook Live event, calling the question (if that was the real Ford) “really, really good,” and adding that his “sacrifice was real.”

They also revealed that it was Dolores Abernathy’s (Evan Rachel Wood) own choice to pull the trigger:

In the finale, when she pulls that trigger on Dr. Ford, that is her choice, and it’s a big difference. It’s not that Ford couldn’t have anticipated it… he knows he could have predicted this outcome, but it’s absolutely her call. It’s a bold new starting point for her character.

When asked if there was anyone we definitely won’t be seeing back in Westworld, Nolan treated us to more ambiguity.

Again, I think, with this show, we like surprising people. And we like playing with them. We’ve established the show can track forward and backward in time. […] As we’ve established, the hosts can’t distinguish their memories and realities. There is always an opportunity to revisit some of these characters.

While he can’t give anything big away for season two, he is thoroughly impressed with fans’ sleuthing skills and teases the next season in three words.

One of the incredibly gratifying things about making the show is that the audience is so in-sync with where the story is going. With certain members of the audience, some are frustrated at times. They’re picking up everything we’re laying down — Reddit, in particular — are picking up all the details and spinning out beautiful theories, many of which connected to the show. But I think, for the most part, it’s Monday morning, but people really seem to have grabbed ahold of all the things we’re trying to accomplish. Which is hugely gratifying.

As for the next season, Nolan calls it “total f*cking mayhem,” as [Lisa] Joy adds “madness and transcendence.”

There’s plenty more to the interview, including the endless possibilities of new worlds next season, Westworld as the proto-park, and the fates of Elsie Hughes (Shannon Woodward) and Ashley Stubbs (Luke Hemsworth) at EW.

Could Ford still be alive in the park somewhere (presumably lying low after shifting the blame of his Delos slaughter), or did he truly sacrifice himself because he loves his creations? Let us know your thoughts below!

4 responses to “Anthony Hopkins May Return for Westworld Season 2”