The Maze Is Meant for You 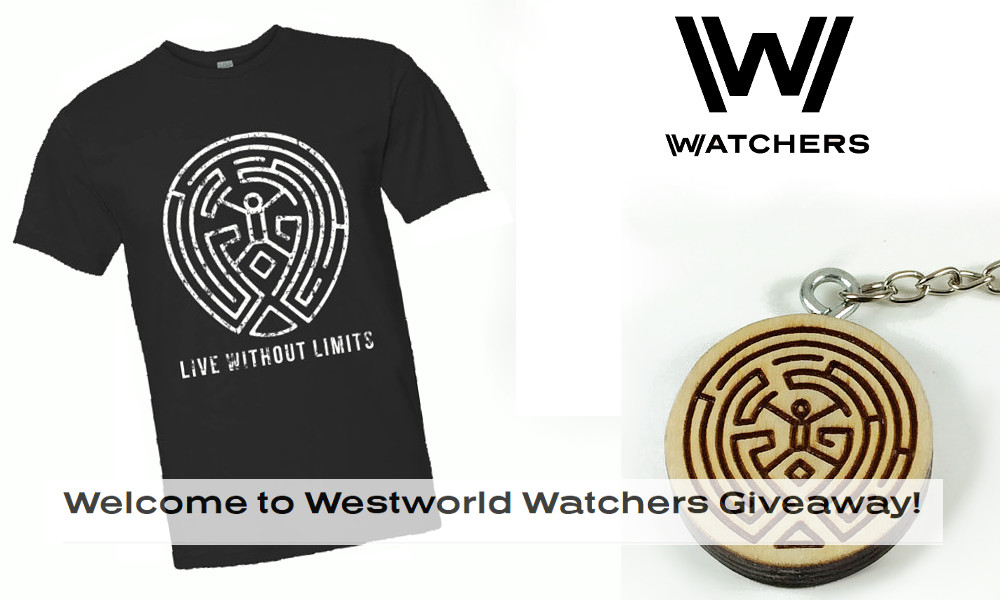 People who have followed us to Westworld Watchers from our original home at Watchers on the Wall know there’s nothing we love more than a giveaway.  Exploring the merch that a fandom has to offer and bringing it to you the readers is one of the best parts about having a fan site. So of course we wanted to throw a giveaway to celebrate our first week here in the new digs!

Since this is our inaugural contest here, we’re not going to settle for just one winner- there’ll be THREE winners in this worldwide giveaway. So, what’s up for grabs?

We’re sending our readers deeper into the maze with this one.

One Grand Prize Winner will be taking home a prize pack including the Westworld Maze “Live Without Limits” T-Shirt, (shown above) depicting the haunting design that guided so much of Westworld‘s first season. The Grand Prize Winner will also receive a beautiful wooden Maze Medallion Keychain, featuring Arnold’s maze laid into birch with precision laser-cutting and varnished to maintain the beauty.

Two Runner-Up Winners will be chosen to also receive Westworld Maze Keychains! The medallions are 1 inch and a half by 1 inch and a half in size, and they’re 1/4 inch thick. Fun note: the keychain creator notes that although it’s meant for keys, the maze medallion can also be removed from the ring to create a necklace or bracelet. So, really, it’s your choice if you want to remodel the medallion after you receive it!

How do I enter? To enter, all you need to do is leave a comment below! (See below for more entry methods.)

How do you enter?

For additional or alternate entries (making it possible to have 3 entries total):

Entries are accepted for a week, closing the giveaway for entries on Friday, December 16th, 2016 at 3PM ET. The winners will be randomly selected and announced shortly thereafter next Friday.

Good luck to everyone who enters the Maze, and thanks to you all for joining us in our new journey here at WestworldWatchers!

94 responses to “Enter the Welcome to Westworld Watchers Giveaway!”