Westworld FINALLY Gets Some Love in the HBO Shop

Westworld premiered in early October 2016. In the nearly four months since then, the show has been picked up for a second season, dominated the social media scene, become HBO’s flagship series-in-waiting, and been nominated for scores of different awards. Phew – that’s quite a bit.

One thing that hasn’t happened, however, is seeing Westworld get some representation in the HBO Shop – until now, that is.

Unfortunately, it isn’t much for the time being – we have t-shirts, women’s slim-fit t-shits, and a single hoodie – but, hey, something is better than nothing, right? You can feast your eyes on the wares below: 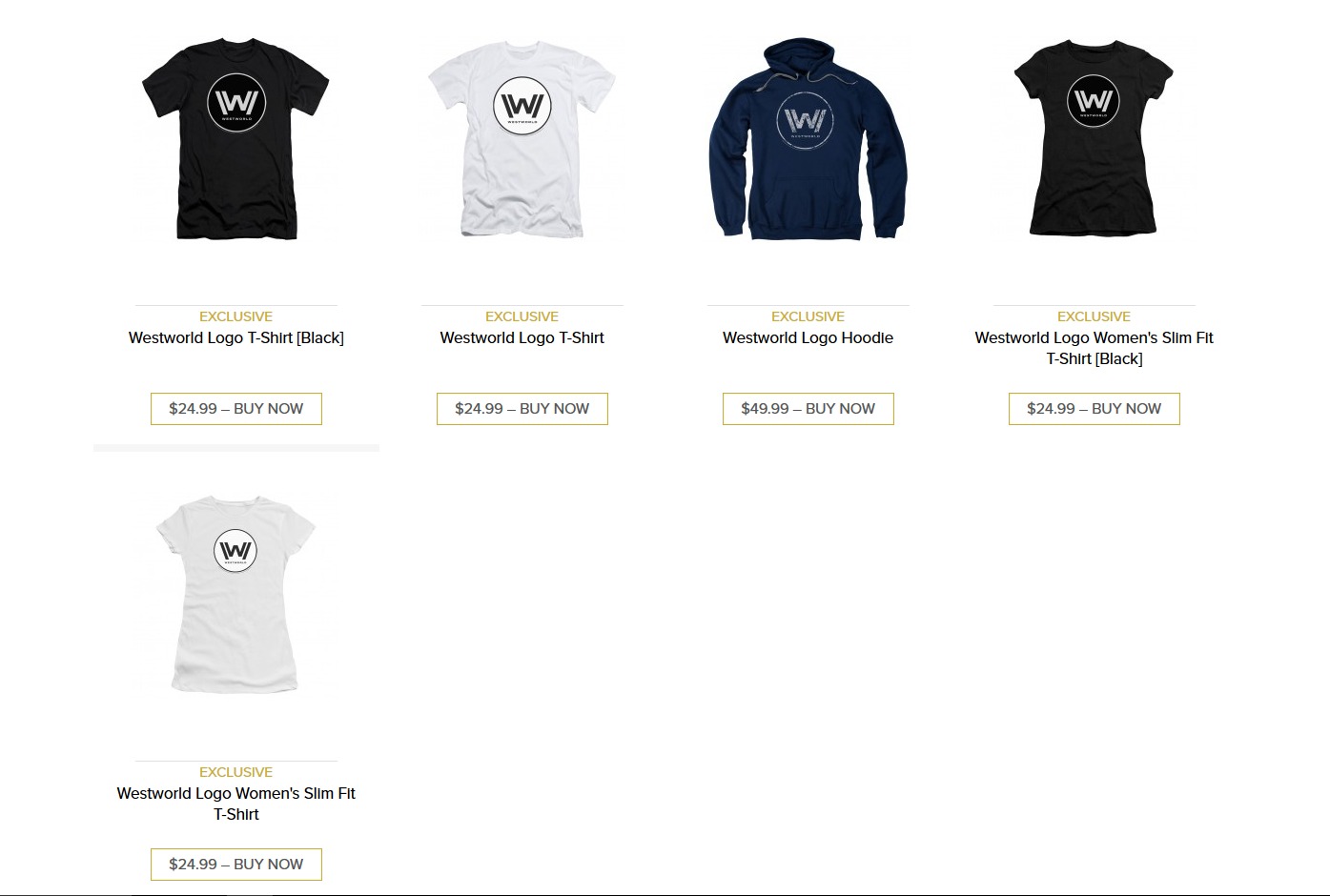 More than the slim pickings in terms of quantity, there’s also a question of design, as well – given all the many beautiful variations of the logo (such as the one seen at the top of this article), not to mention all of the various iconic imagery to have originated from the series and, of course, the characters themselves, it’s simply astounding that HBO has, thus far, only opted for the most barebones merchandise imaginable.

(Compare all this to Game of Thrones’s available offerings – there’s everything from shirts to blankets to gloves to board games, each with an intriguing, dynamic design. The difference couldn’t be any more blatant.)

Not that we’re complaining, mind you. On this long, winding wait for the new season, we’re happy to get whatever we can to express our love for Westworld – and to help while the time away, naturally.

Check out the HBO Shop, then tell us whether you plan on picking any of the merch up – and what you would have designed if you were in charge of the lineup.