The Funniest – and Most Heartfelt – Take on Westworld Yet

Combine the HBO series with the most improbable ‘90s film

Normally, I try my best to put my English-major training to good use and write articles in the professional, typical, distant third-person – it’s what every writer and editor worth his salt does, after all.

For this one, however, I’m saying screw it. Let’s get down and personal.

First, though, I need to go nonlinear and cut to the chase: the City Slickers–Westworld mashup that we’re going to be pontificating about is literally the best spoof or homage or re-edit of Westworld yet, in part because of all the original actors that are involved (including Luke Hemsworth [Ashley Stubbs], Ptolemy Slocum [Sylvester], Angela Sarafyan [Clementine Pennyfeather], and, but of course, Billy Crystal [Mitch Robbins] and Daniel Stern [Phil Berquist]), in part because of the absolutely dead-on writing, and in part because of the nostalgic spirit. It just doesn’t get any better than this, and you should absolutely stop what you’re doing right now in order to watch it immediately, even if you never before have seen City Slickers (and if you haven’t, there’s never been a better time to go back and check out what you’ve been missing. No, seriously).

Now, then – the boring, rambling personal stuff. When Billy Crystal’s classic film (well, one of several, I should say) came out in the summer of 1991, I was a tender 11-year-old kid. My father and uncle (and maybe my cousin – I can’t now quite recall) wanted to head out to the movies, which I couldn’t have been happier about, and when we got there, it was decided that we would see that weird adult film about, well, city slickers hoping to find some existential rejuvenation in the West. I couldn’t have been more disappointed in the selection. 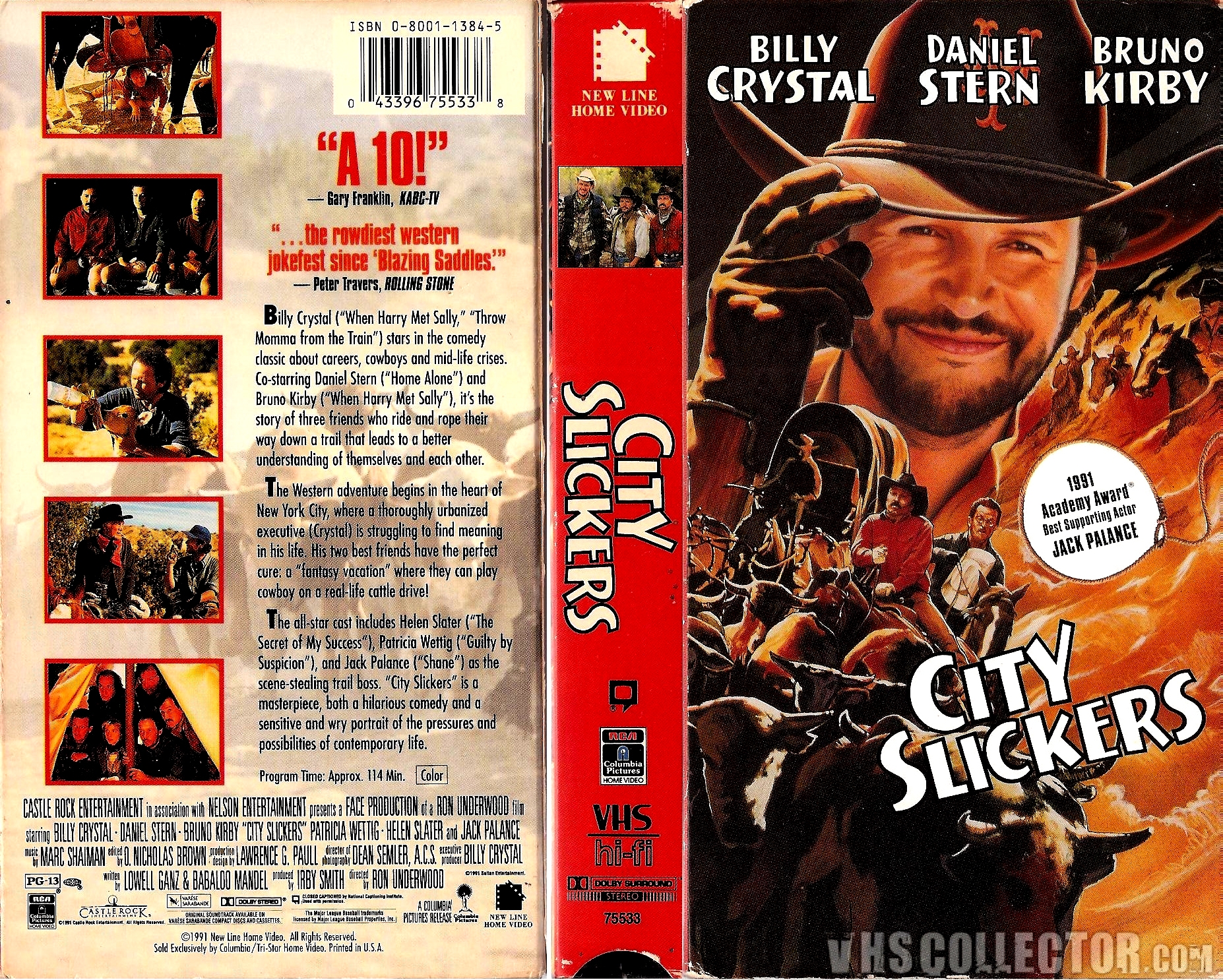 Until I shut my trap and just watched the movie. I was instantly captivated, and not just because the old, scary guy from Tim Burton’s Batman and the funny, cartoony guy from Home Alone were in it. There’s some sort of almost-undefinable magic about City Slickers, some kind of quality that seems to be in direct proportion to the amount of care that the performers and the director, Ron Underwood, baked into it (thank you, Robert Pirsig and Zen and the Art of Motorcycle Maintenance, for the quality-care formula). It is, quite simply, a little gem of a movie, something that transcends its time and its genre, truly becoming a timeless classic – something which Crystal and Stern prove by slipping back into those characters and the essence of that period in time all these years later.

Of course, as I start to advance in my age and have children of my own, there is the inevitable other elements that start to accrue on this little slice of filmic nirvana like barnacles on a time-traveling whale: nostalgia, not only for a period of Hollywood that was surprisingly fertile, but also for that experience surrounding my first exposure to City Slickers. My father passed away nearly two years ago from cancer, and though that isn’t a long stretch of time in and of itself, unexpectedly being able to revisit the movie that he originally dragged me to (thereby expanding my cinematic horizons) also allows him to be unexpectedly inserted back into my life. That’s what we call in the boring English business a two-fer: a funny, clever video and an injection of the dead past into the living present.

It seems only appropriate to mention the cause of his passing because of the third, missing-in-action member of the City Slickers triumvirate: Bruno Kirby, who himself succumbed to cancer a full decade ago (at the too-young age of 57). Just as wonderful as it is to get reacquainted with Mitch and Phil – even if for just six brief moments – and to lovingly linger on that magical afternoon I spent with my dad, it’s surprisingly emotional to see that missing slot. Attempting to program VCRs or track down Curly’s gold just isn’t the same without Ed. 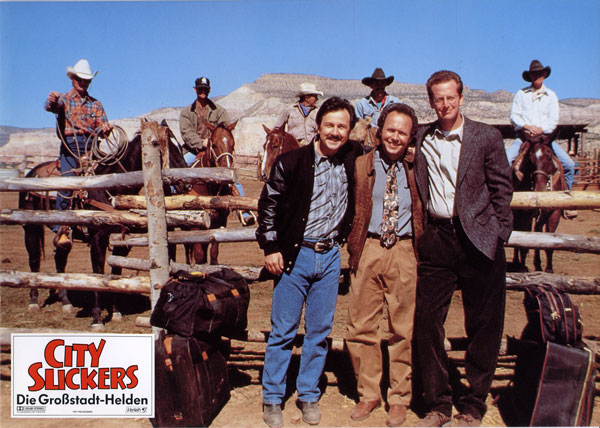 At any rate! That’s enough maudlin ruminations on what is just another notch on Funny or Die’s rather impressive belt. Its mash-up is a loving, heartfelt, and – most importantly of all – hilarious take on both source materials, and the skill with which it’s pulled off is mesmerizing. Take a six-minute break out of your hectic day, put your feet up, and enjoy your quick jaunt down memory lane.

Oh, and pass the Phil. It just isn’t a party without (eating) him.