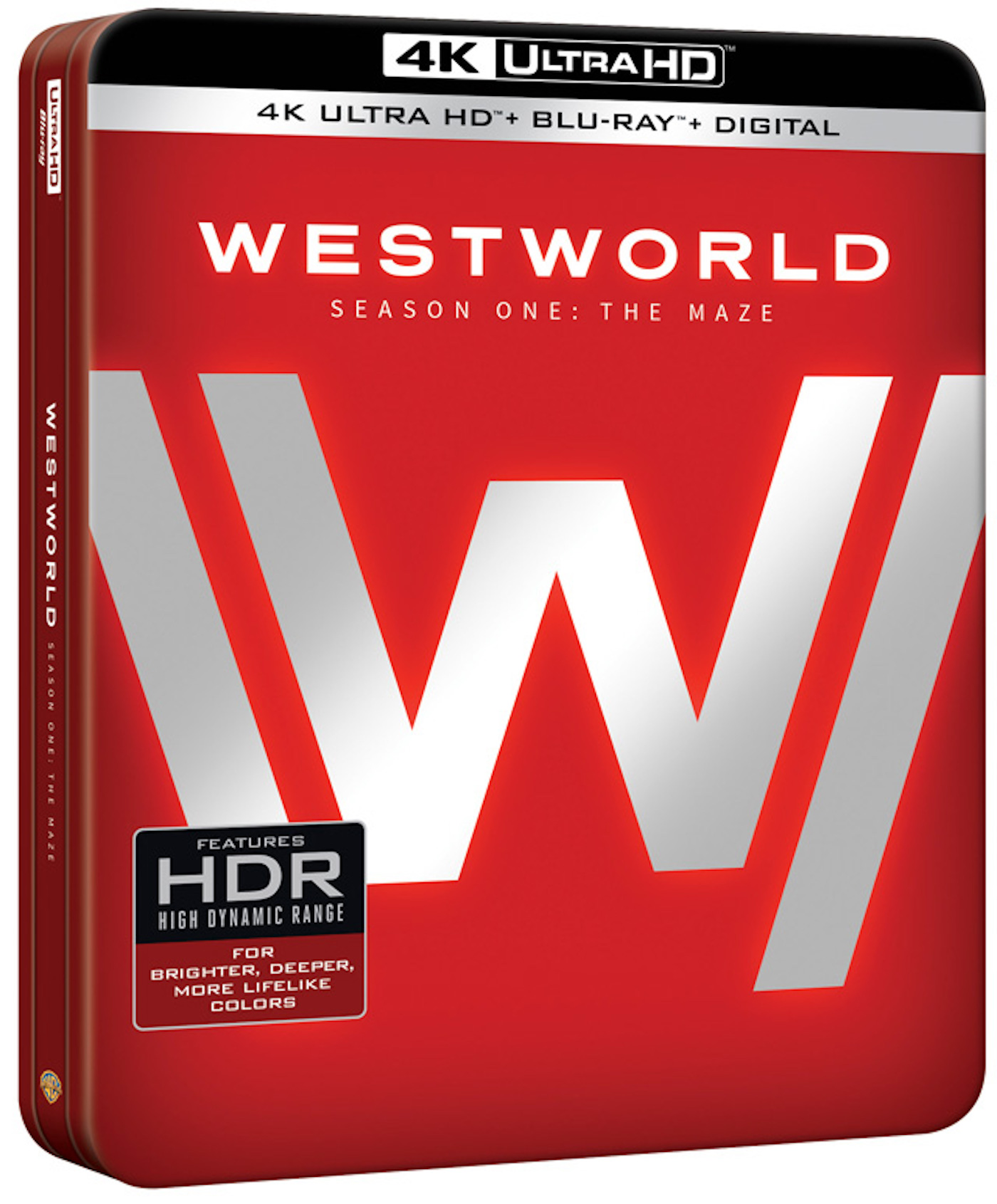 After what has seemed like much too long a wait, HBO has finally announced the Blu-Ray and DVD release of the first season of Westworld.

However, this isn’t your standard disc release. As reported by Den of Geek via films_at_home, HBO is making history with this release by also including a 4K Ultra HD disc set! This marks the first television show to ever get a 4K release along with standard Blu-Ray and DVD formats, and I must say, I cannot think of a more worthy series to blaze this trail of technological history.

Now, the question remains – when can all this be yours? According to HBO, the Blu-Ray/DVD/4K package will be available beginning November 7, 2017.

The entire disc set will be packaged in a collectible SteelBook case, and will include a premium collectible booklet. In total, there will be 6 discs in the set: 3 devoted to the 4K episodes, 2 for Blu-Ray/DVD-formatted episodes, and a final disc for bonus content.

Speaking of bonus content, TheHD Room reports that the featurettes included in this release, some of which have already appeared in the season’s digital release a few months ago, are comprised of the following:

– Inside Look with Jonah Nolan and Lisa Joy – Season One (New)

I don’t know about you, but I will definitely be getting my hands on a copy as soon as it hits stores in the fall!