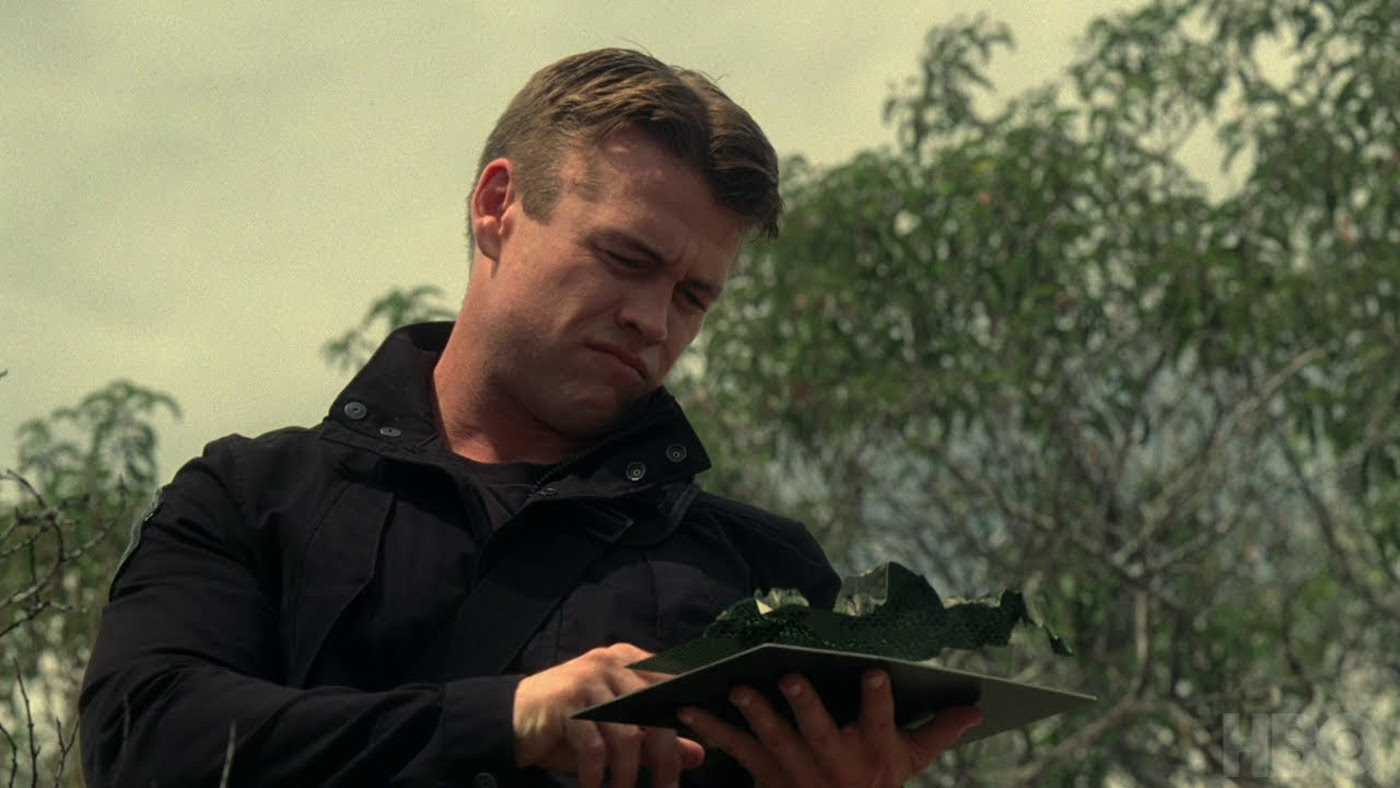 Westworld breakout Luke Hemsworth has quickly become a favorite of the show’s fandom, having done an excellent job portraying Ashley Stubbs, Delos’s Head of Security. A big part of this no doubt comes from the character’s even temper, paired with a dry and sarcastic sense of humor, which most notably emerges during his banter with Elsie Hughes (Shannon Woodward).

That being said, when we last see Stubbs in season one, he’s out in the park by himself surrounded by a band of Ghost Nation hosts, who seem to be out for blood. This has inevitably caused a healthy bit of skepticism as to whether we’ll see the character again next season, or if this predicament spells a certain death.

Luckily, in a recent interview with Entertainment Tonight, Hemsworth seems to confirm that he is scheduled to begin filming for Westworld’s second season later in July. As quoted from the ET article itself, “As for what happened to his character, Stubbs, who was mysteriously lured into the park in season one and never seen again, Hemsworth says we’ll find out when he starts shooting season two later this month.”

While Hemsworth himself is not the one to provide this quote, given the fact that the ET article is an exclusive interview with the actor, it’s safe to assume that their assertion of his filming commencement later this month is an accurate piece of information he gave them.

Hemsworth also discusses what we’ve come to know all too well – that co-creators / showrunners Jonathan Nolan and Lisa Joy take every available measure to keep members of the cast and crew as in the dark as possible. Hemsworth says he is a part of the group that has no idea what the show’s future holds, but he does reveal some entertaining speculation about his character:

“I actually have no idea [what happened to Stubbs]. I am under the same black veil, this veil of secrecy that we’ve had straight from the beginning. I know nothing: where he is, what he’s going…I’m sure he’s living the good life out there, doing a little bit of Dances With Wolves, but who knows!”

What do you think of this new information? Are you a believer that Stubbs is destined to return? Let us know!