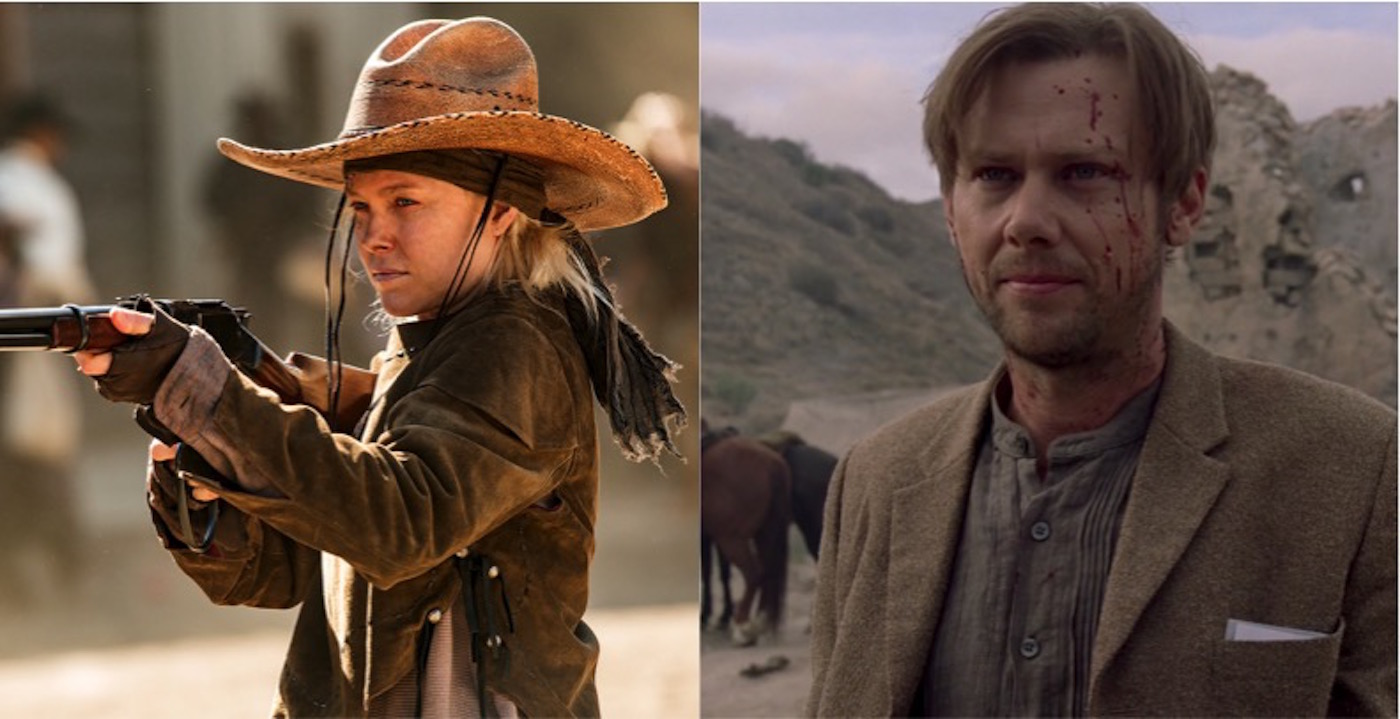 Coming out of the season one finale of Westworld, the fate of many characters was left in the air. Would we ever see Armistice (Ingrid Bolsø Berdal) again after she severs her arm while fending off trigger-happy security guards? Would the show ever return to the earlier storyline featuring the young William (Jimmi Simpson) and his continued transformation into the Man in Black (Ed Harris)?

Luckily, since the finale, both Berdal and Simpson have confirmed that they are indeed returning for the show’s upcoming second season. In a new video posted by ars, both actors discuss their respective characters and reveal some details about how they think the show is going to further develop their storylines.

During Berdal’s portion of the video, the actress notes that Armistice appears in multiple timelines – not only showing up in the present timeframe as the tattooed outlaw accompanying Hector (Rodrigo Santoro) and his gang of misfits, but also appearing as one of the original hosts practicing dance moves before the park’s official opening. Berdal thinks the show may return to this early timeline to further build out her character’s backstory:

“I think that things will be revealed, I have a feeling, about her backstory. We see little glimpses in the early years of the park where she hasn’t got the tattoo. That’s me thinking that we’re going to look more into why she was there then, why she’s dressed the way that she’s dressed, and why whoever is running the show has chosen to take her away from the guests and put her a little bit on the side.”

Simpson’s portion of the video is dedicated to dissecting the brutal scene William creates in the first season after he slaughters the group of Confederados while Logan (Ben Barnes) sleeps off his drunken evening. In Simpson’s mind, this scene is meant to show that William has finally decided to take control of his destiny. One may argue there are less homicidal ways of showing this new frame of mind, but, to each their own, right? Simpson says:

“I think it’s about a man finally deciding, ‘I’m going to make the rules, instead of following every rule and hope I get my little piece.’ It’s a man who’s been shown that you make the choices, and then you might get what you need, as opposed to do what everybody else always says.”

However brutal this act is, the motivations behind it definitely seem to fall in line with how the MIB chooses to operate – play the game by your own rules to get what you want, and remove obstacles that get in your way by any means necessary.

Check out the entire video below, and let us know what you think!