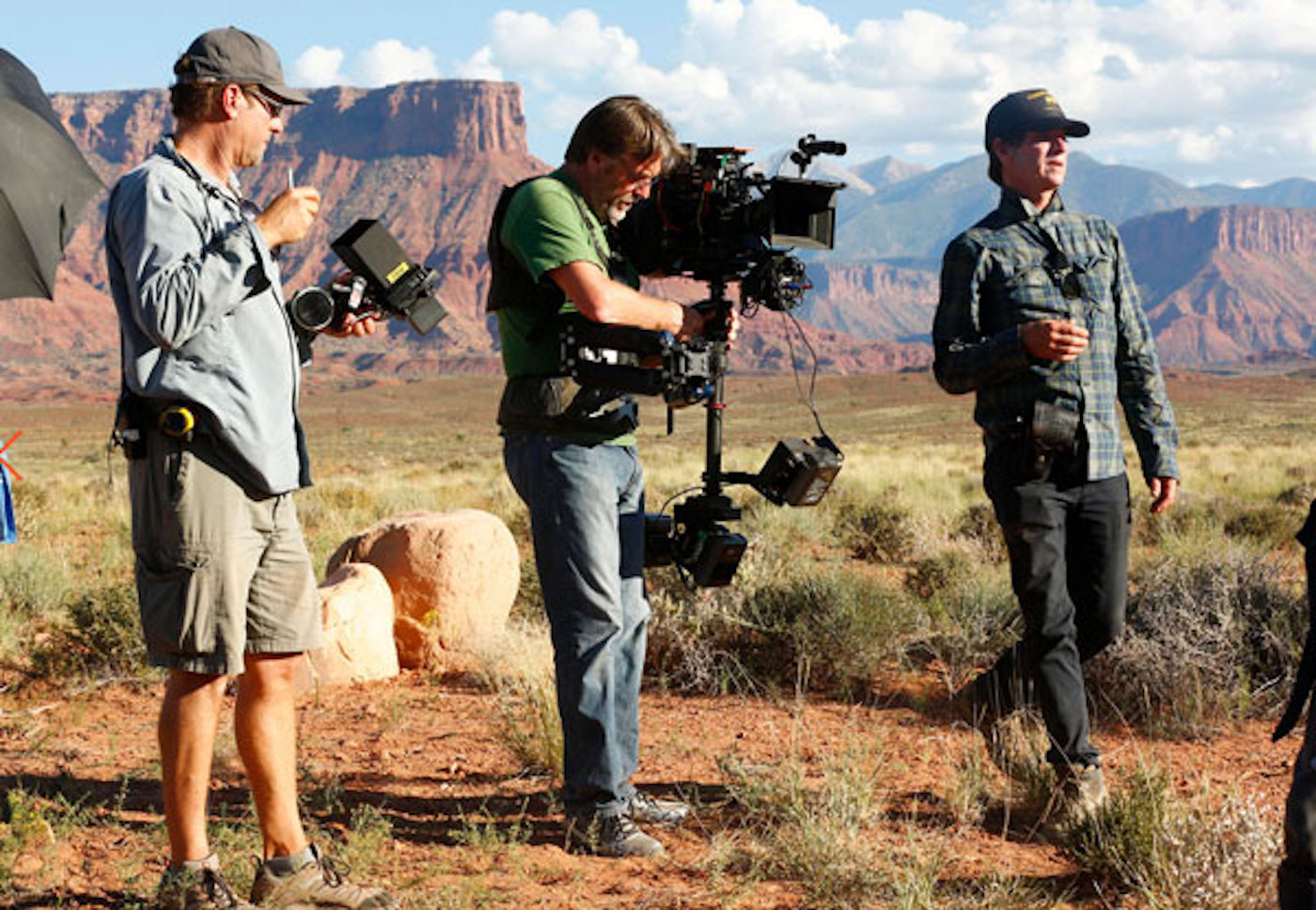 One of the elements that makes Westworld such a unique series has to be the beautiful exterior locations the show travels to in California and Utah to film. Places like Moab, Utah and Santa Clarita, California offer picturesque landscapes that serve to lift the superb acting and wonderful writing to the next level.

Co-creators Jonathan Nolan and Lisa Joy recently sat down with Entertainment Tonight to discuss the first exterior location the show filmed at back in season one. Nolan explains that both the cast and crew were in awe of the natural beauty that surrounded them:

“I remember Harley’s Ranch for the first time with Paul [Cameron, cinematographer for the pilot episode]. It’s this amazing ranch on the Colorado River in Castle Valley [Utah] where you have what looks like someone took the Alps and stapled them to Monument Valley. Everywhere you point that camera, just a place of stunning beauty. And again, everyone felt it. We’d flown our crew and the cast out from LA and they all found themselves pinching themselves, saying, ‘this can’t possibly be real.'”

As someone who has lived in LA his whole life, I can tell you that having the opportunity to visit a naturally beautiful location untouched by humanity’s footprint is a literal breath of fresh air. And now the cast and crew have been lucky enough to immerse themselves in this beauty for two full seasons!

Check out the entire interview below, during which Nolan also discusses how his brother, filmmaker Christopher Nolan, creatively influenced him growing up:

As we reported a few weeks ago, the first season of Westworld is available to own in 4k Ultra HD and Blu Ray as of TODAY (woohoo!). Luckily for us, gamesradar was able to get their hands on one of the new featurettes, titled ‘Imagining the Main Title’, during which Nolan and Joy discuss some of the inspirations behind the show’s mesmerizing opening sequence.

Nolan and Joy say that the main “challenge” behind creating this sequence was fusing two completely different genres, one old and one futuristic. That being said, this genre blending is also what initially attracted them to the project:

Lisa: “The reason we were drawn to this project is because it fuses two genres that we really love. It fuses the Western and it also fuses these Sci-Fi elements.”

Jonathan: “I think we wanted the opening sequence to have a fable-like feeling to it. We wanted something that spoke to the kind of timeless predicament that the hosts find themselves in, and that we’re in in regards to the technologies that we’re creating. The question of who’s a host and who’s not. I mean maybe we’re all hosts on some level. The idea that we’re certainly all human or host lashed to the wheel of a machine that we’ve built that we don’t understand [and] that is starting to take over.”

The stunning visuals of the opening sequence coupled with composer Ramin Djawadi‘s beautiful score definitely sets the correct tone for the show, one of excitement paired with a subtle feeling of uneasiness.

Check out the featurette below, and let us know what you think!