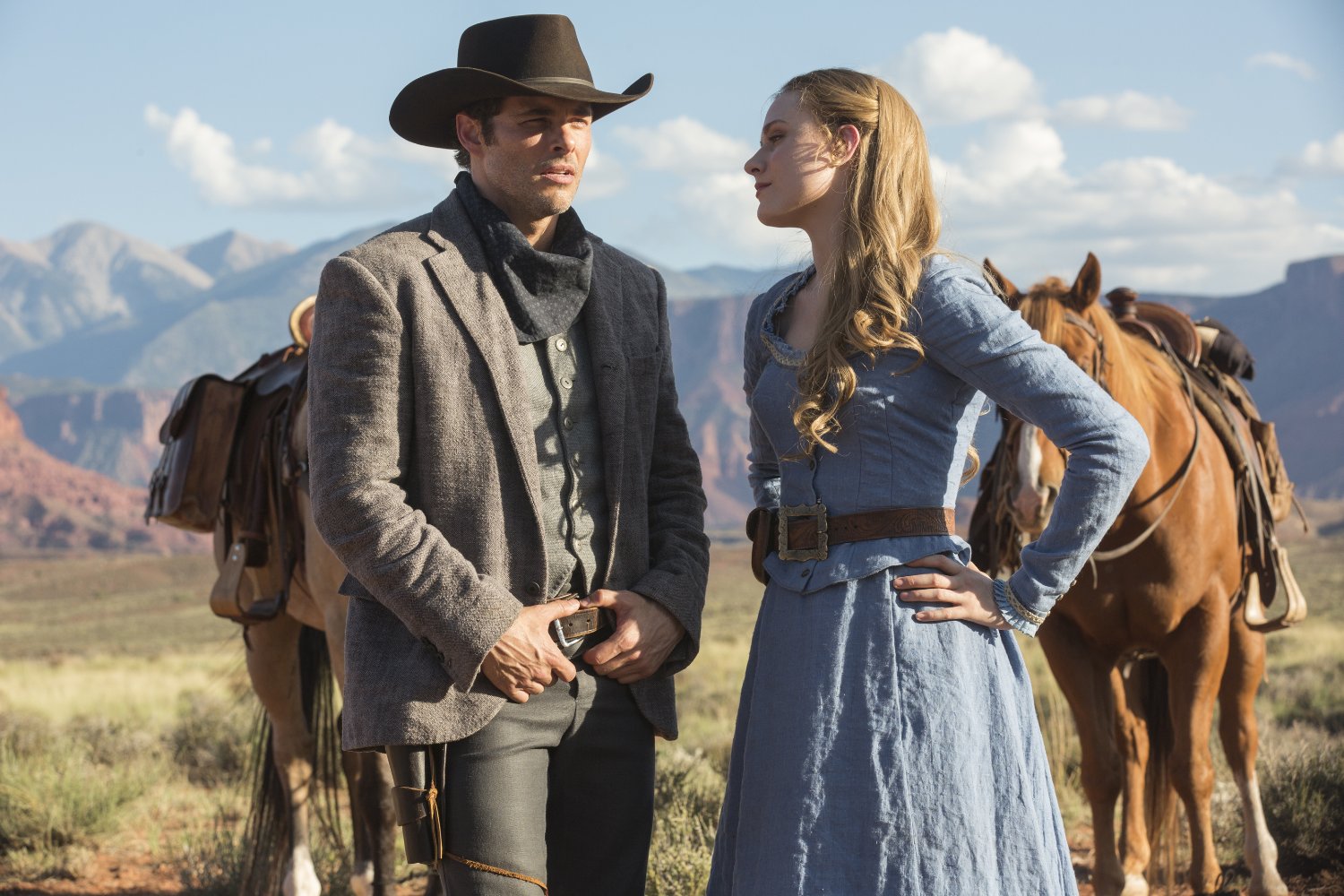 Westworld‘s season two debut is just a few short months away, and the news is slowly starting to roll in as promotion efforts kick into gear. While we anxiously await a premiere date, we do have a couple of tidbits to share. First up is an interview with James Marsden, our favorite “white-hatted” hero, Teddy Flood. Marsden spoke to Entertainment Weekly about the amount of hard work the cast and crew has put in to ensuring Westworld has another incredible season.

Marsden doesn’t hold back the praise. “You will not be disappointed. The world that we created will be completely expanded upon, and the themes and the philosophies will all be taken to the next degree.” He continues, “The one thing I can say is that it just feels so much bigger this year. There’s a bigger cast, we’re shooting sometimes three units at once, whereas the first season it was always just one unit so the scope of the whole thing has definitely grown.”

Don’t expect him to spill any secrets, however. “The more that’s kept a secret, the more reward the audience is going to have when they watch it,” Marsden says. “The best way to watch this show is to let it come to you, and that’s the most rewarding experience and the most rewarding way to watch it. Let it unfold in its own time. But the fans will be very pleased.”

The Television Critics Association winter press tour is in full swing, and The Hollywood Reporter brings us an interview with HBO programming president Casey Bloys. When asked about production delays that plagued Westworld‘s first season, Bloys offers reassurance that showrunners Jonathan Nolan and Lisa Joy were much better prepared this time.

“They went into production mostly written. But like any production, they go in and rewrite. It was smoother [prepping season two]. It was good,” Bloys admits. “They had the benefit of the actors knowing their characters; Jonah and Lisa knew the show. It’s what you want a second season to be.”

Having one successful season under their belt appears to have made working on the show much easier this time around, as Bloys states, “Everybody feels more comfortable and they know what they want to say and what they’re capable of. It was a more comfortable experience for everybody.” He adds, “It was a big world, and Lisa and Jonah bit off a lot. They have a handle on the world and storytelling.”

Bloys also acknowledges the importance of secrecy for a series like Westworld. “We all have jobs where we can talk about this and speculate. [Jonathan Nolan’s] number one concern is the viewers…and genuinely wanting them to be entertained and surprised and not see what’s coming,” he confesses. “It’s called a spoiler for a reason. If you read it, you’re going to miss out. It comes from wanting the fans to have the best ride they can.”

Check out the entire interview over at THR.