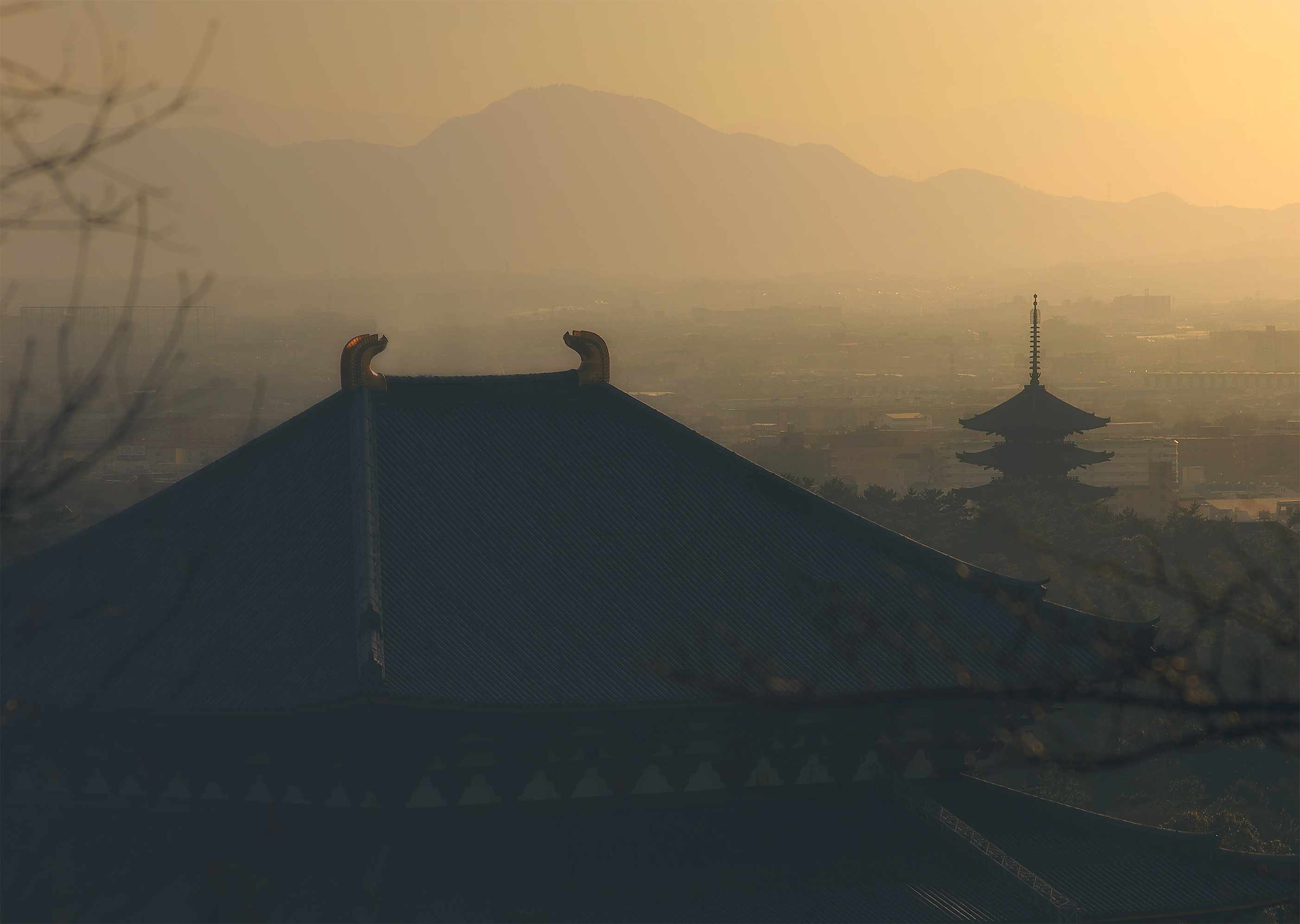 As if the excitement of a new Westworld trailer and season two premiere date weren’t enough, the creative geniuses behind the series used a hidden code to reveal the existence of more parks – some of which we may see in the upcoming season. Viewers were already aware that there are other parks outside of Westworld thanks to the season finale – we were even given a glimpse of one of them. Now we have confirmation that there are six total!

Eagle-eyed Redditor Askin1 spied binary code in the trailer released on Sunday night and converted it to an IP address. That address led to a new website – delosdestinations.com. If you click the “Experience” tab, the site takes you to a gallery of six parks. The first photo is of Westworld, and clicking it takes you to the familiar Discover Westworld site. The second photo is glitching, but if you catch it at just the right moment, you see this. 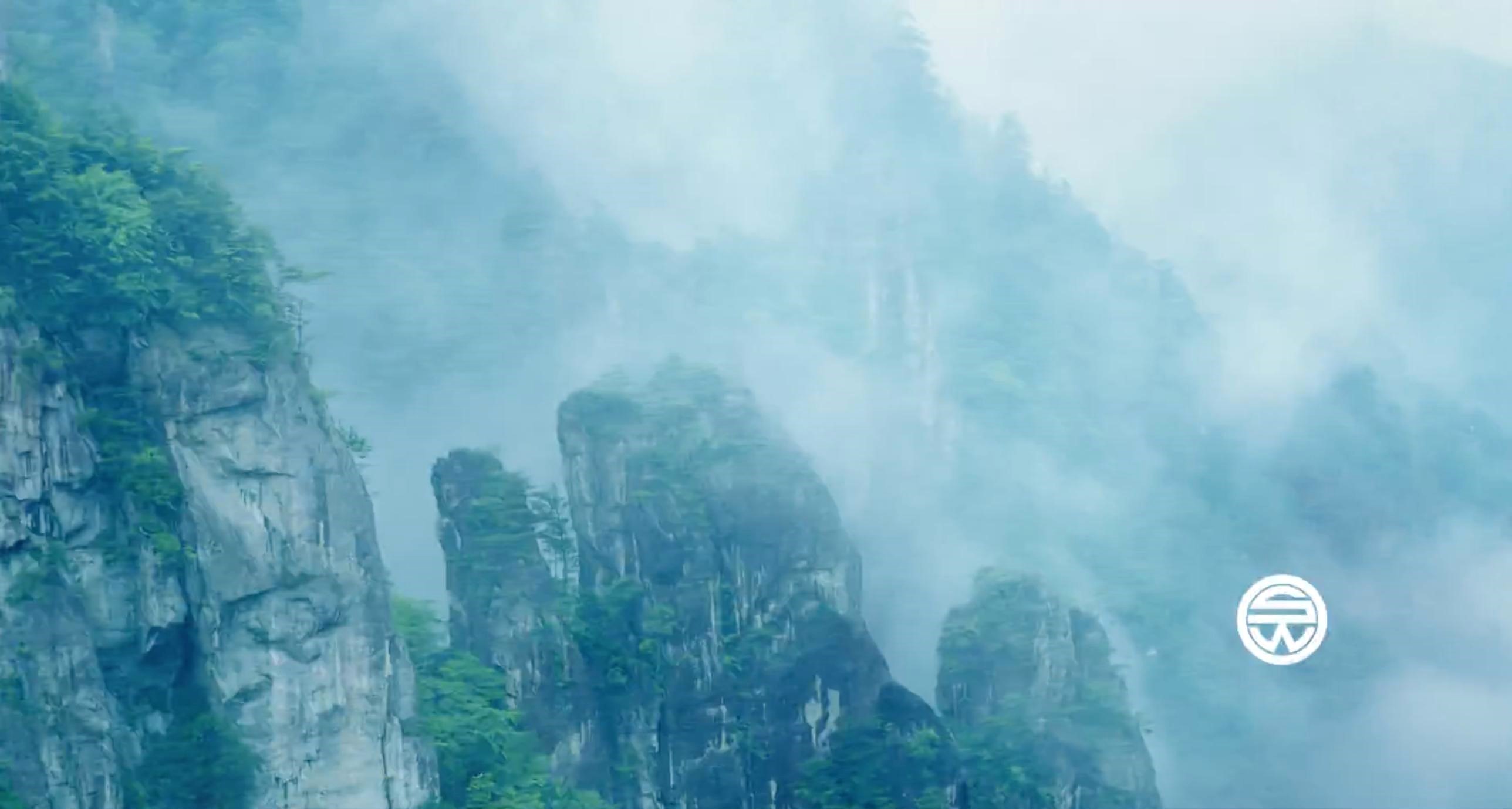 Many fans have guessed the SW stands for “Samurai World” given the Japanese swordsmen we saw in the season one finale. There have been hints that we will see this world next season, and this adds fuel to the fire. The other four parks are just numbered 3 through 6 with no discernible images and the message “Reservations closed to the public,” so it’s unclear if they will play a part in season two. There are additional images on the home page – the Japanese buildings featured at the top of this post, as well as a landscape that one Redditor identified as Norway. Perhaps Viking World is in the cards?

Clicking on the “Investors” tab takes you to delosincorporated.com, where you can learn more about founder James Delos. He can been seen briefly in one version of the trailer. We can definitely expect some of his story this season, perhaps as it relates to William’s take over of the company. It’s likely James is Logan’s father and William’s father-in-law, so seeing this family dynamic in play should be very interesting indeed.

If you click the “Login” button you enter the company’s Intranet. There are no big reveals or major clues here, but there are some easter eggs. If you read through some of the messages, you will definitely get the impression that something is awry in Westworld, but that the company is in the dark about it. There is also a veiled reference to the Super Bowl ad, a mention of strange behavior by the bulls on the Abernathy ranch, and link to the corporate guidebook – which has warnings scrawled throughout its pages and is spattered with blood.

Finally, if you head to discoverwestworld.com and ask Aeden the chat bot about the guidebook, you get the following – rather ominous – response. 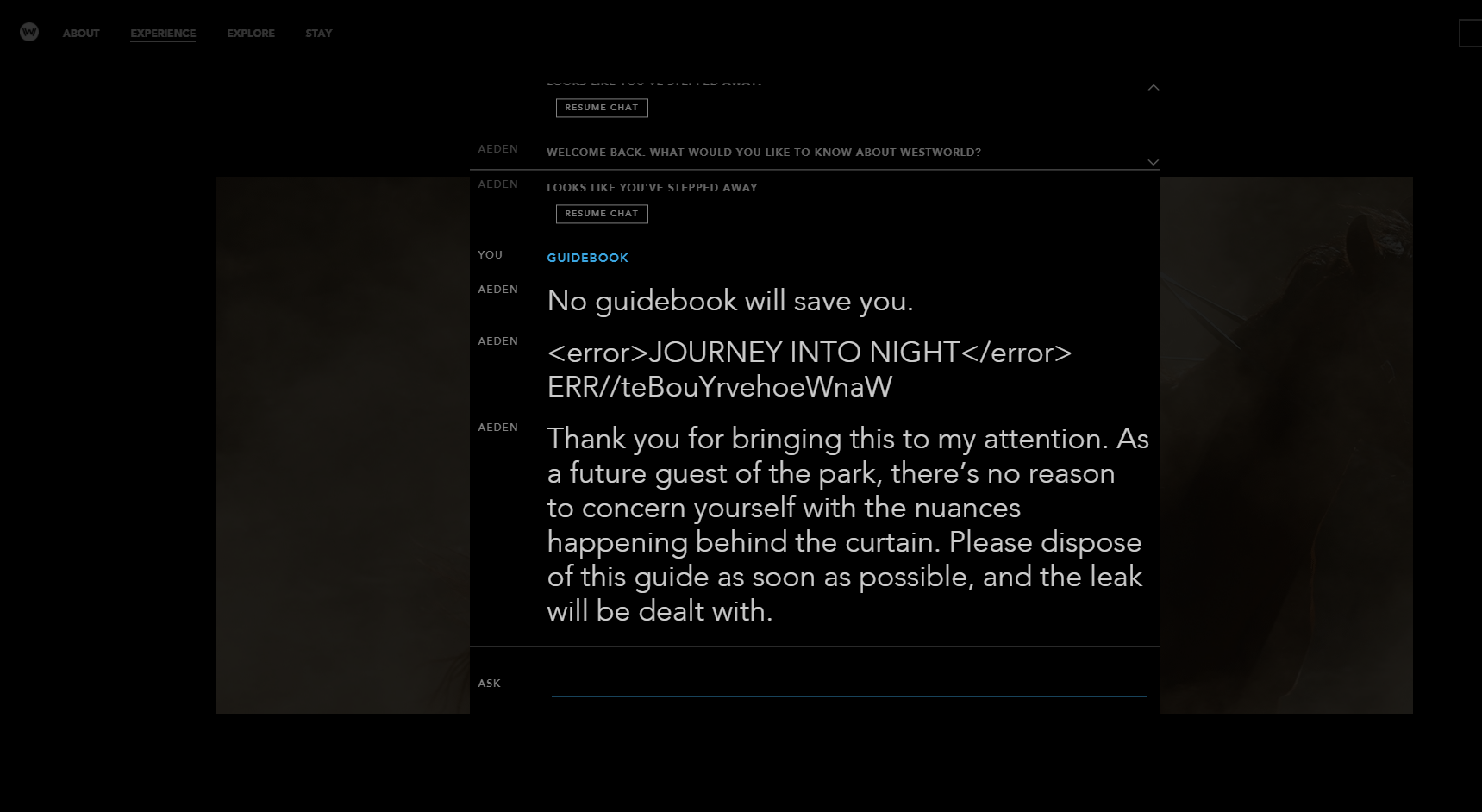 Who’s excited for season two? Do you have any ideas for what the other parks could be?

One response to “New Westworld Website Reveals 6 Parks and Other Hidden Clues for Season 2!”