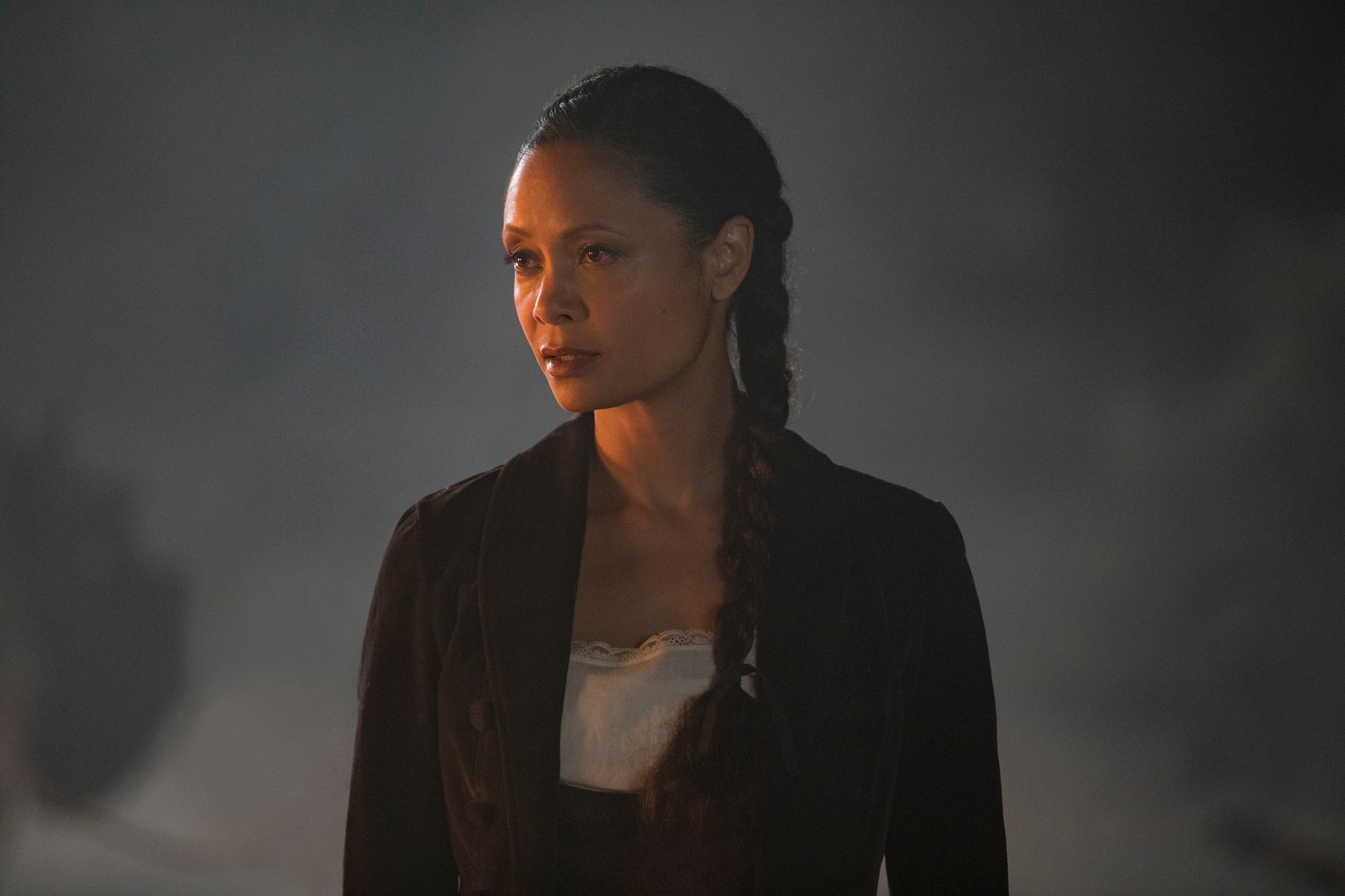 We are now counting down the days (only nine to go!) until the Westworld season two premiere, and today we have several new interviews to share! Stars Evan Rachel Wood, Thandie Newton, and showrunner Lisa Joy discuss how Westworld mirrors issues facing women today, and several cast members discuss which robot traits they’d like to have in real life. New series regular Louis Herthum teases Peter Abernathy’s role in season two, and – last but not least – Associate Producer Halle Phillips discusses the ins and outs of bringing Westworld to life.

At the end of season one, the two main hosts – Maeve and Dolores – gained consciousness and were poised to break free of their narrative chains and pursue their own desires. Speaking to Time, Newton and Wood describe how they embraced the story of these characters and how it relates to the increasing empowerment we see for women today. Newton recalls her first meeting with showrunners Joy and Jonathan Nolan, who “very eloquently described the vision for the show. They were going to subvert incredibly poignant and important themes about how women are represented, and would I mind being naked while I did it.”

The subject matter is compelling enough to overcome any hesitation Newton feels about the nudity involved. Joy also makes sure to provide a comfortable environment for those scenes, as well as the emotionally distressing scenes of assault. “I do everything I can to make the set a safe place,” she explains. “And if it doesn’t feel safe, you have to tell us, and your voice will be heard.”

This is especially important for sexual abuse survivor Wood, whose performance as Dolores can be overwhelming at times. “It comes from a very vulnerable, tortured place,” Wood confesses. Life hasn’t been easy for Newton either, who had almost given up on her career prior to the Westworld offer. “I’ve had a really rough road in the 30 years I’ve been acting. I came back into myself as an actress and woman and mother and activist,” she admits. “Right when I’d given up, I arrived at Westworld.”

All three women are deeply invested in the story they are telling, and believe it’s especially important in our current environment. “People say, ‘You’re so lucky this is so timely,’ and I’m like, ‘No, this is timeless,’” says Joy. “These are things we have struggled with since time immemorial.”

Read the full interview at Time.

Over at USA Today, Wood and Newton – along with cast mates James Marsden and Jeffrey Wright– share their ideas for which host traits would be most useful for humans. Understandably, Wood opts for physical strength. “I feel like sometimes you can be at a slight disadvantage, especially as a woman, where people can just overpower you. I would love to have superhuman strength.” Newton’s pick would be for a different kind of strength, however – the mental variety. She likes the idea of “control, being more ordered in the way they think. I’m so scattershot, so that would be pretty cool.”

Perhaps thinking of how often his character – Teddy – is killed on the show, Marsden opts for immortality. He would like “to sustain life-ending injuries and (be) fixed up, put right back out there.” Aside from that, an “off ” switch “would be nice. Like when you’re ready to go to sleep,” Marsden explains. Wright also takes a cue from his host counterpart and chooses a trait that would benefit others – not just himself. “Bernard is pretty empathetic,” he says. “If there were a quality of his I’d like to emulate, it’s…being sensitive to the existence of others.”

Check out their responses in the video below:

ScreenSpy brings us an interview with Louis Herthum, who made a such an impression as Peter Abernathy last season that he was upgraded to series regular for season two. When last we saw Peter, he had been decommissioned and placed in cold storage. His story wasn’t over however, as Charlotte Hale and Lee Sizemore decided to use him to smuggle data out of the park. In the finale, Peter disappeared – along with all the other cold storage hosts – before Sizemore had a chance to release him.

Herthum can’t reveal too much about Peter’s upcoming storyline, saying, “It’s all so close to the vest. All I can tell you is that Peter is no longer in cold storage. But you know that. Peter does have all the data…downloaded into him. But you know that. Peter will be around…I just can’t really say much about it. It’s actually a loaded question, and you don’t realize it is, but it is. I’m just so careful.”

He does reveal some of the actors he works with in season two, but with the ability to show flashbacks, some of the scenes may be in the past. “I have the great pleasure of working with Jeffrey [Wright] again, and of course Evan [Rachel Wood], and there are dribs and drabs of characters coming in – James [Marsden], Luke [Hemsworth], Tessa [Thompson.” Herthum reiterates the secretive nature of the show by saying “they give us talking points, and if you stray from those talking points, you get nervous.”

One of the biggest names Herthum appeared with in season one was Anthony Hopkins (Dr. Robert Ford) – in a scene that blew many viewers away and cemented Herthum as a fan favorite. He declines to say whether season two brings a comparable moment, but admits, “I was challenged, and as an actor that is a blessing…All of us are so challenged by this.” He adds, “I was delighted with the challenges, and I feel very good about them, and I think they do too. It’s now time to unleash it to the world.”

For more, head over to ScreenSpy. 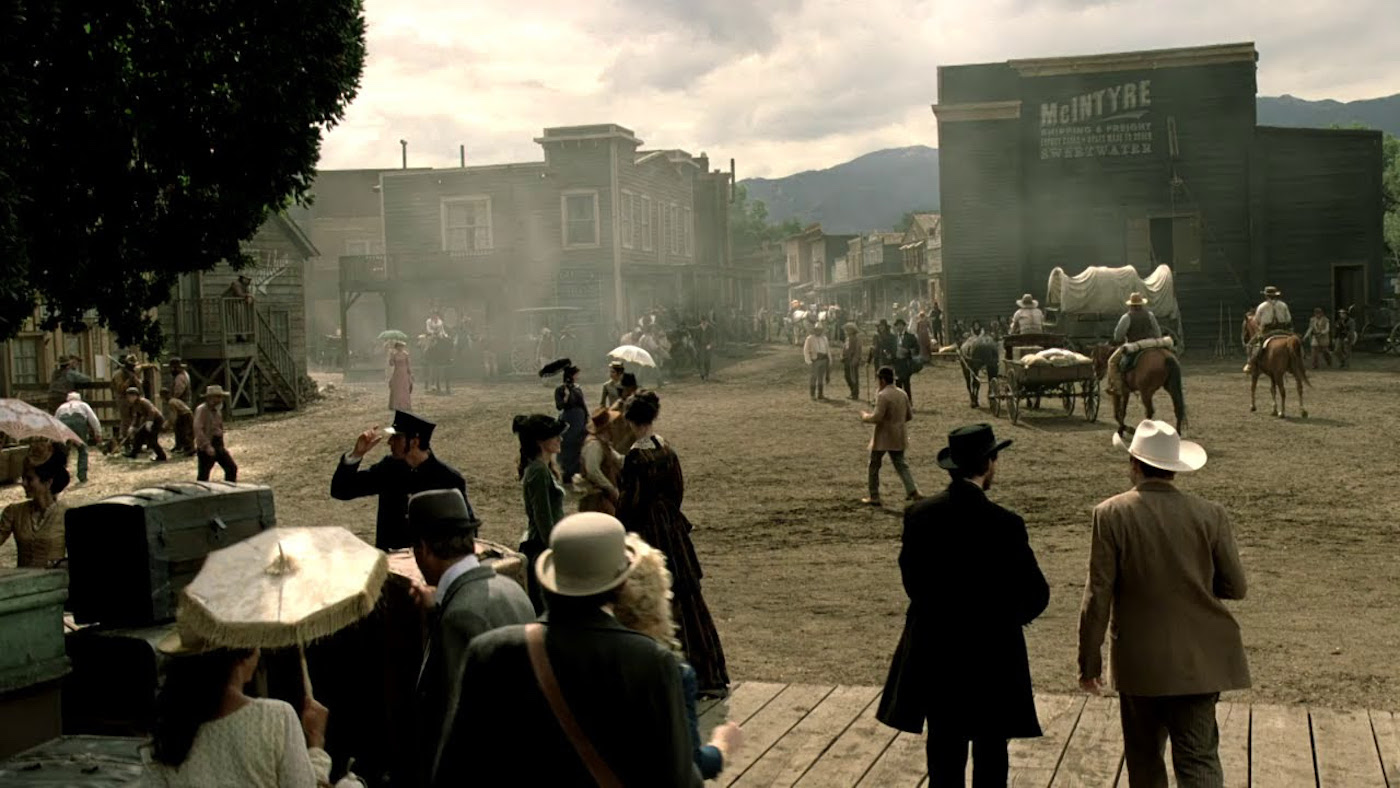 Finally, HBO gives us a peak behind the curtain in an interview with Associate Producer Halle Phillips, who was promoted to the role for season two. She discusses the intense nature of filming Westworld, saying, “Because Westworld is such a large show with many moving pieces, it takes a village to produce it…We have to make sure communication between [co-creators] Jonah Nolan and Lisa Joy and the various departments are tight, especially since there are continuity traps everywhere.” Phillips adds, “It’s making sure everyone is wearing their right costume, people have scars on their faces when they need to and just generally making sure what’s written on the page reflects what production is building.”

Aside from production, Phillips is heavily involved in marketing as well. “The writers and I had a large hand in establishing the website and all of the in-world twists and turns of the digital campaign…I feel like the US Ambassador to Westworld.” They try to take a different approach than conventional marketing to enable complete immersion into the world they are building. Phillips explains, “We want the world of Westworld to creep beyond the TV screen into the real world, and we want the experience of engaging with those aspects to be as meaningful as possible.”

What can Phillips tell us about the state of that world in season two? “We left off with Dolores and the other hosts at the start of the rebellion — the guardrails are off — but now what? In many ways, this was telegraphed at the beginning of season one, with that greyhound anecdote Dr. Ford tells Bernard: it spent its life chasing this rabbit, it finally caught it, so now what?” Now that the hosts are free, Phillips says they must decide what to do with it. “Which path are you going to choose? Which door are you going to open?  I think season two will answer these questions and leave you with others. As with last season, I hope audiences feel like they’ve gotten a complete story that prompts them to think about the possibilities of the next step.”