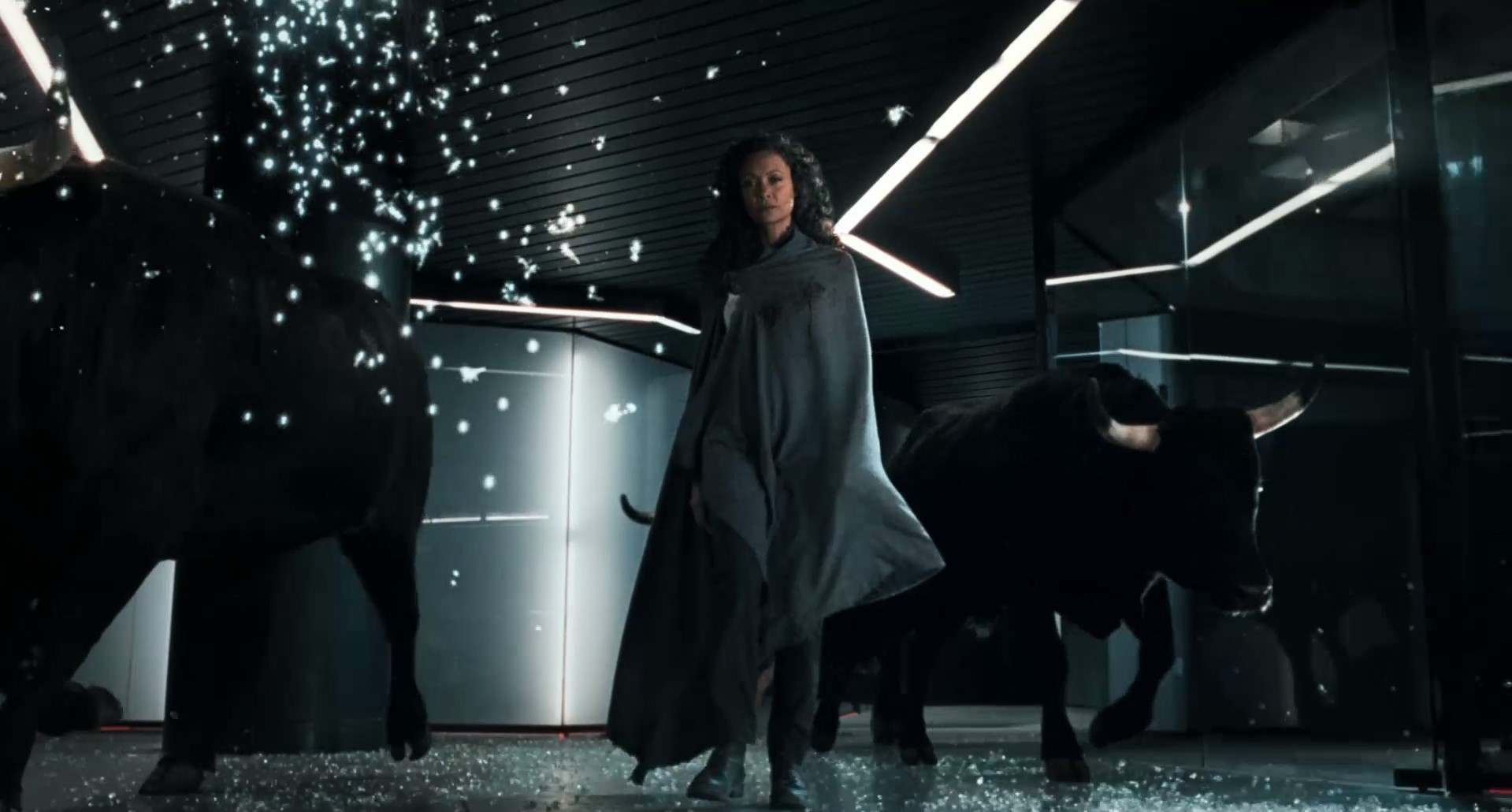 It looks like Thandie Newton (Maeve) is drawing inspiration from her character during her real life negotiations, and deservedly so!

Vanity Fair recently spoke to the actress regarding her ongoing contract negotiations with HBO, during which Newton revealed that she is making it clear that she wants to receive the same amount of pay as her male counterparts.

“[Contract negotiations are] all happening right now, and yeah, we’re all equal across the board,” said the actress. “It’s really exciting. It’s unprecedented. It’s—goodness; it shatters so much calcified pain, resentment, frustration. It just shatters it.”

Newton’s commitment to receiving equal pay comes just after fellow star Evan Rachel Wood (Dolores) confirmed that she too has secured equal pay for the next season.

Both Newton and Wood play incredibly important roles on the show, and it shocks me that it had to even take a full 2 seasons for these discussions to begin. That being said, a lot of credit has to be given to HBO for addressing this issue and leading these discussions, and it’s something that Newton hopes will set a new precedent for pay across the film and television industry, and hopefully beyond.

As for the show itself, even though it doesn’t yet have an official season 3 pickup, it’s incredibly exciting to know that cast negotiations are taking place as we speak! Assuming the discussions proceed as planned, I’m sure it’s only a matter of time before we learn the news of the show’s pickup.

Head to Vanity Fair‘s for the full article, which also dives deeper into Wood’s pay raise, and let us know what you think!

As part of the Tribeca Film Festival, Tribeca TV screened the season two premiere on Thursday evening. The episode was followed by a panel with the Westworld team – consisting of showrunners Lisa Joy and Jonathan Nolan as well as cast members Jeffrey Wright, Evan Rachel Wood, Thandie Newton, and James Marsden – who teased a few things we can expect this season.

“The ways in which we manipulate time will be a little more above ground this season because [the hosts are] aware now that they’re a little lost in time,” according to Joy. “But they’re still lost.” Bernard and Dolores will be subject to this phenomenon again, and Wright admits that it’s as equally confusing for the actors as it is for the hosts. “[The scenes] were filmed in a sequence designed to completely disorient me,” Wright says. Wood adds, “I felt more confused [during] season two, when I was supposed to have more information.”

Joy also explains the decision to have the hosts be frequently nude in season one, and how that will change this year. “What is essential to the story is the feeling of both perfection and also of tragedy…They’re sitting there being literally objectified and treated like objects, like things to operate on and talk about while they’re sitting right there in the room.” The tables have now turned, however, as Joy remarks, “When the hosts get power they’re not gonna spend a lot of time naked on a stool.”

This season also explores the world outside the Westworld park. Nolan discusses Shogun World – which was inspired by Akira Kurosawa’s films – saying, “The challenge of coming to another season is getting to build not just other worlds, but getting to pay homage to other filmmakers and use the same stocks they shot on, and trying to design the same color palette and the same costumes.”

Newton’s character Maeve will travel to Shogun World (and perhaps beyond), as Newton explains, “All she’s experienced is within the parameters of the park, either in Sweetwater in the saloon or in the confines of the tech world where she’s experimented on…She’s gonna go way beyond that.”

Along with the slew of new interviews and videos surfacing during Westworld‘s premiere week, HBO has released a new promotional video featuring behind-the-scenes footage along with cast and crew interviews.

While there doesn’t look to be a whole lot of new information revealed during the various shots we see, it’s remarkable to see the show’s cast and crew hard at work in their environment.

A few of the stars also provided some noteworthy quotes that serve to reinforce some of the details we’ve come to know well about the upcoming season. “The world is not the same. The hosts are literally off their loops,” says co-creator Lisa Joy. “The rabbit holes that we knew from season one have babies – those babies build more rabbit holes,” admits star Jeffrey Wright (Bernard). “Nobody knows what’s happening. The whole park is in danger,” warns Tessa Thompson, who plays powerful Delos board member Charlotte Hale.

Co-creator Jonathan Nolan gives what, in my opinion, is the most impactful quote: “We’re telling the story of the origin of a new species. It’s going to be messy. It’s going to be bloody.” I’ve never heard the phrase ‘origin of a new species’ used yet when referencing the hosts, but I think it serves to paint a powerful picture. Even though the park’s androids have been around for quite some time, their awakening is signaling, in essence, the true beginning of their species, accompanied by the newfound power of self consciousness and choice.

Check out the full video!

In other news… If you don’t know Simone Giertz, she is a popular YouTuber, inventor, and – apparently – a Westworld fan. The self proclaimed “queen of shitty robots” decided to create a host version of herself, and the results are as horrifyingly awesome as you’d expect. Check it out below – it’s well worth a watch!