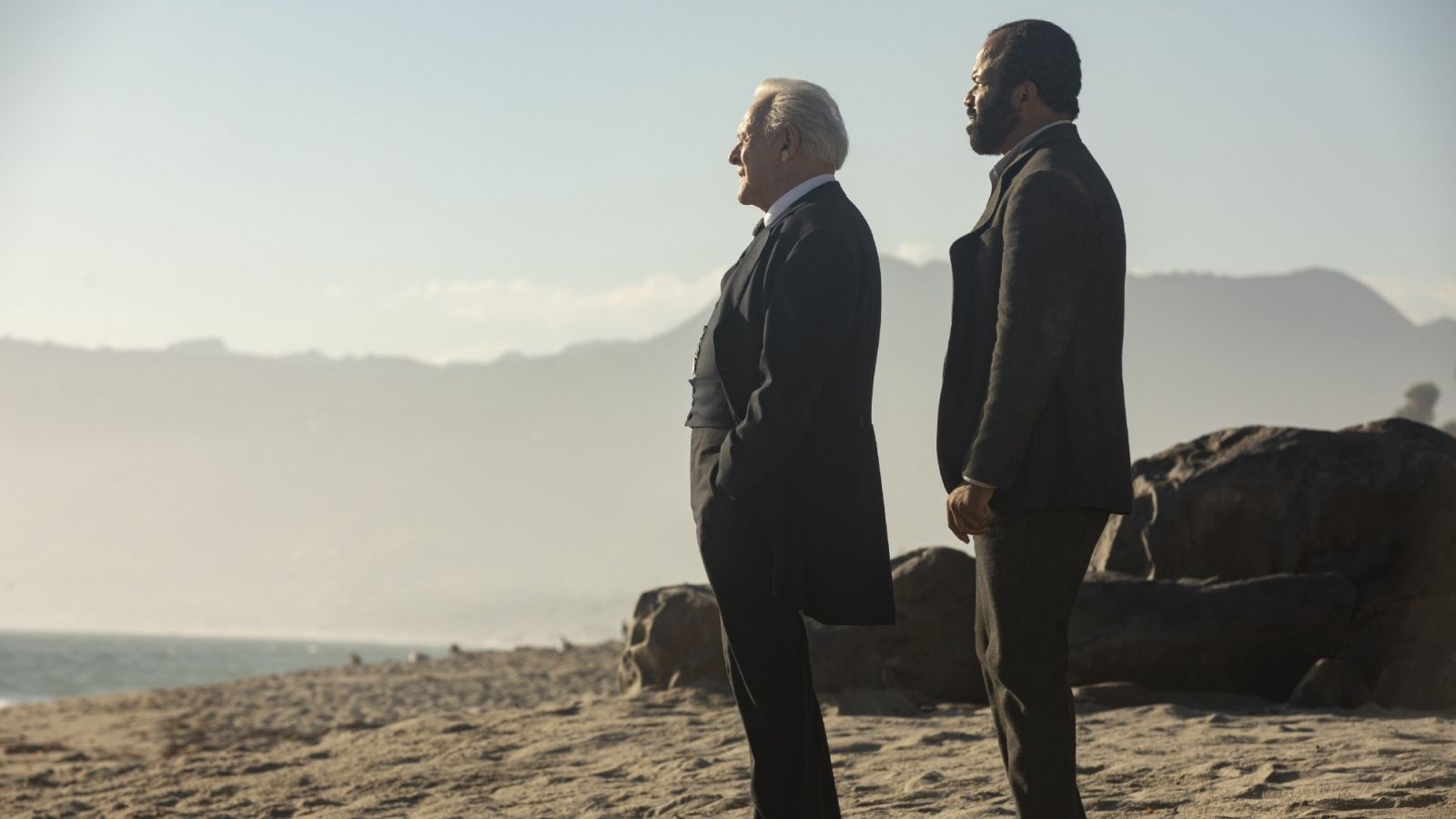 It’s hard to believe Westworld‘s second season is already over, and that we don’t have a new episode on the way! As we try to find a way to fill the Westworld shaped hole in our lives, some of the cast have taken to social media to share their memories from season two with fans. We’ve rounded up some of the most fun posts we’ve seen – check them out below!

Me, @shannonmwoodward, and @jimmisimpson, made this farewell video to give you guys after the finale. See you Season 3!! #Westworld Song: Moby ‘After’ (drum and bassline smith remix)

She also lets us know how Dolores really feels about Bernard (Jeffrey Wright).

Me and @taylorhuntwright made this shirt for #JeffreyWright after Season 2 of #Westworld wrapped because this is what I would always say to him between takes. Hahaha. 😂

The original trio from season one – Dolores, William, and Logan (Ben Barnes). I’m not sure if these three will have a reason to film together again, but I’d love to see it!

Behind the scenes on Season 2. This is the porch in #Sweetwater where we met for the first time having NO IDEA where the show was taking us. I love these 2 dearly, and you will always be my original partners in crime. @benbarnes @jimmisimpson 💙

Speaking of Ben Barnes, he has nothing but praise for the finale.

Not to spoil anything for those who haven’t seen it but that final episode of #Westworld was bonkers & bewildering & breathtaking & brilliant & other ‘b’ words! #aboutlastnight @WestworldHBO @hbo pic.twitter.com/iNw2xWbCd0

‘Don’t you wanna see what I see?’ Can’t explain the feeling of pride being involved with such an innovative show #Westworld Finale @westworldhbo @evanrachelwood @jfreewright #petermullan

He also reveals how he and Evan Rachel Wood would blow off steam during filming. Who doesn’t love an 80s montage?

Shot this video in Utah on a day off in about 5 minutes in a thrift store with the magical @evanrachelwood who then edited it & added music because she’s a wizard and because we love an 80s montage!!! #Westworld @westworldhbo 🎶 ‘Young Turks’

Jeffrey Wright and Anthony Hopkins (Dr. Robert Ford) prove they know how to have fun between takes as well.

That’s #Westworld for now, folks. See you again somewhere, sometime along the horizon.

As do Shannon Woodward and Luke Hemsworth (Ashley Stubbs).

I thought @hemsworthluke was trying to take a still picture of me jumpin in my formal suit onesie. He pranked me so hard and it is my favorite video.

Woodward also takes us behind the scenes as she tries to lighten the mood about Elsie’s death.

Only to break our hearts all over again…

That which is real is irreplaceable. 👩🏻‍💻❤️

While Leonard Nam expresses appreciation for his fans.

Thank you for the heartwarming message. I love my fans. 💗🙌 #westworld #hollywoodmoment

Spoiler alert: Who would have thought.. Could Sylvester be the Saviour? Is he The Salvation for humans, hosts, writers? Watch the Westworld season finale at @hbo and @hbonordic #westworld @kilterfilms @ptol @leonardo_nam

As another pair of heroes – Rodrigo Santoro (Hector) and Daniel Two Feathers (Ghost Nation warrior) share a photo from the set.

Is Talulah Riley hinting that Angela made it to the Valley Beyond?

Finally, Thandie Newton shows us you can never go wrong with a Game of Thrones reference.