Westworld Roundup: Evan Rachel Wood on the Evolution of Dolores; Creating the Beauty of Shogun World; The Special Effects Behind Westworld’s Violent Delights 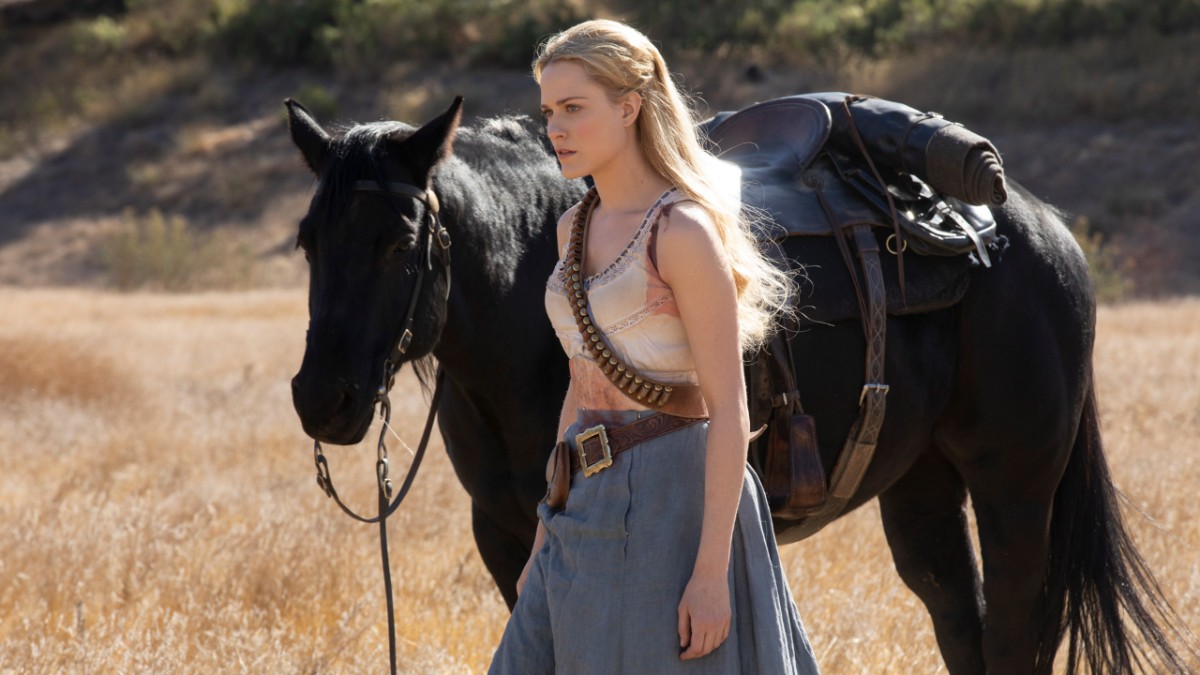 Emmy season is in full swing as we count down the days until the awards show on September 17th. Will Westworld cash in on any of its 21 nominations? Only time will tell. While we anxiously wait to see how it fares, we bring you a slew of interviews from some of the show’s Emmy nominees – including lead actress Evan Rachel Wood and members of the creative team responsible for the stunning visuals of Westworld.

In an interview with The Hollywood Reporter, Evan Rachel Wood expresses her feelings about the change in Dolores’ character now that she has broken free of her loop. “I think you’re supposed to feel torn about Dolores right now. She’s not really a hero or a villain, she’s just doing what has to be done in order to be free. There are misconceptions about what a revolution looks like to people, and usually it is painted in a very heroic way, but there’s a reality to it as well that is very violent and brutal and ruthless.”

Many fans had a difficult time watching Dolores become a ruthless killing machine in season two. Wood acknowledges this, saying, “I think she has evolved to the point where she sees the endgame and she knows how to get there and nothing can stop her at this point. A lot of it was hard to act and hard to watch just because of the Dolores that I know and became intimate with. To have her completely shift into this other character, it was an adjustment and at times felt weird and wrong, but I also knew that this was just where the character had to go. And I think sometimes that she’s torn about what she’s doing, and it weighs heavily on her, and I think that’s what we wanted to show.”

What does Wood hope to see her character do in season three, now that she’s in the “real” world? “I want to see her maybe less in control. She’s in new territory now and in a world that she’s been in before but never in this way. I’m excited to see what it means now that she has the information she has, and now that she’s sort of an alien in this world.” It will be interesting to learn how she plans to take over, and whether anyone will be able to stop her.

For more from Wood and other Emmy nominated actresses, head over to THR. 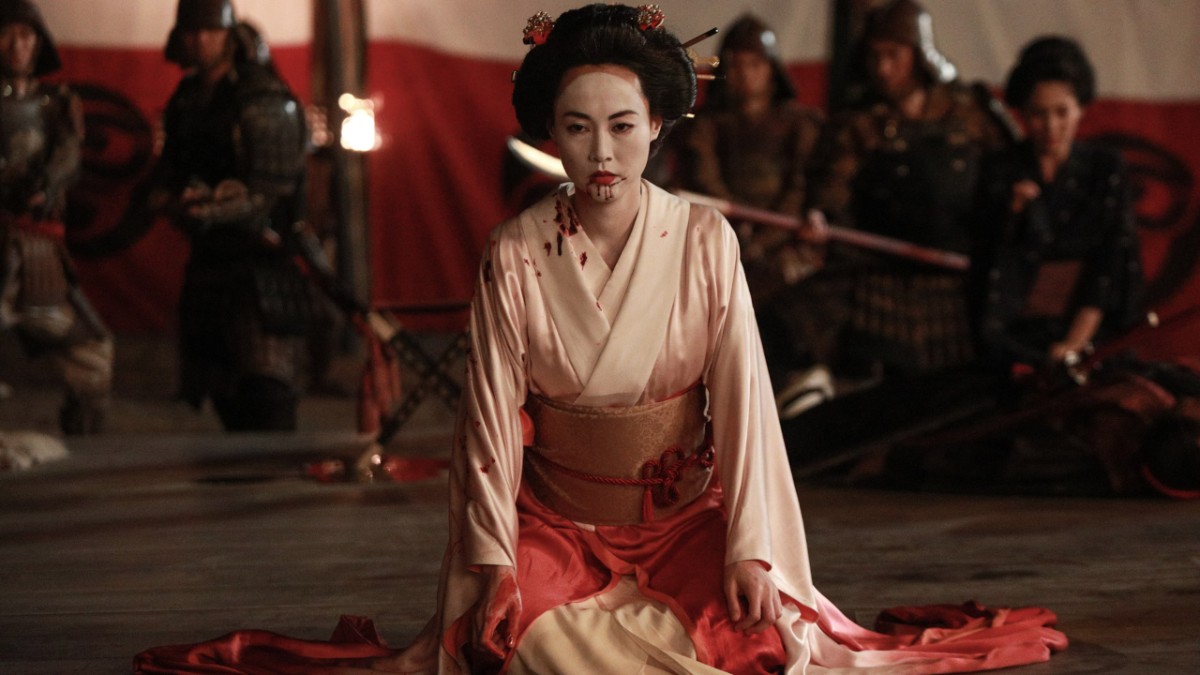 Also from The Hollywood Reporter, Westworld hair designer Joy Zapata and makeup designer Elisa Marsh discuss their contributions to the Emmy-nominated episode “Akane No Mai.” Zapata describes her first time visiting the Shogun World set. “I broke down in tears. It was so beautiful and something that I always dreamt of doing.” Zapata, who dressed over 25 wigs for the episode, says she “tried to stay traditional because the actors – the Japanese actors in particular – were very precise about the way the wigs looked. Every ornament has meaning.”

Marsh kept the makeup authentic as well – with a slight modification. In homage to the show’s title, she painted a “W” on the geishas’ necks. “The back of the neck was considered very sensual in ancient Japan. There’s usually a part of the neck that’s left open, and we did our best to make the white makeup look like a ‘W’ instead of keeping it rounded. That was one of our little secrets.”

After spending close to three hours on the geisha’s hair and makeup, Zapata and Marsh were understandably concerned about Akane’s (Rinko Kikuchi) elaborate dance sequence. “[Showrunner] Jonathan Nolan told us, ‘Akane has to do this dance where she spins around with a sword and she’s going to flip her head back and forth,” Zapata explains. “You could see our own necks cranking back and forth. We were holding our breath, just waiting for the wigs to fly off. But, by the grace of God, everything stayed in place.” 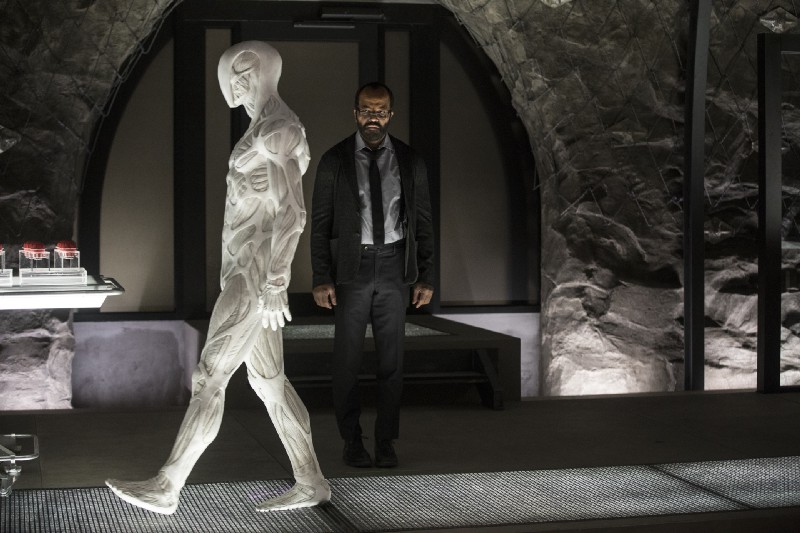 CEO and founder of Fractured FX, Justin Raleigh, was responsible for a different kind of makeup in season two – namely makeup and prosthetic effects. In Make-Up Artist Magazine , Raleigh shares his enthusiasm about working on the show, even with the challenges he knew he’d be facing. “I was actually a big fan of the series, so I knew there were some big things on the horizon for this season, including a lot more violence than season one. The amount of work that had to be done prosthetically was probably 75 to 90 percent more than what had been done before, so it was a bit of an undertaking right from the very beginning.”

Speaking of violence, the death toll created quite extensive work for his team. “Our first couple of months was consumed with bodies; I think we built 40 utility bodies and a bunch of hero-specific bodies as well. I would say half of the 40 bodies were hyper-realistic silicone bodies, another 10 that were deep background and five that were mid-ground, which were still hero quality but not fully nude.”

Things didn’t get any easier as the season progressed. As they headed into the season finale, the workload increased considerably for everyone involved. Raleigh admits, “We had a lot of exterior shots with hundreds of dead people, so there were hundreds of people coming through the regular make-up trailers run by Elisa Marsh and then our team. We would try to work in tandem as much as possible. It was constant through the entire process, you never felt you got a break. Every day had a different blood and gore effect, with people getting killed left and right, so it was just continuous.” Perhaps the death rate will go down in season three, but I wouldn’t hold my breath.

One response to “Westworld Roundup: Evan Rachel Wood on the Evolution of Dolores; Creating the Beauty of Shogun World; The Special Effects Behind Westworld’s Violent Delights”