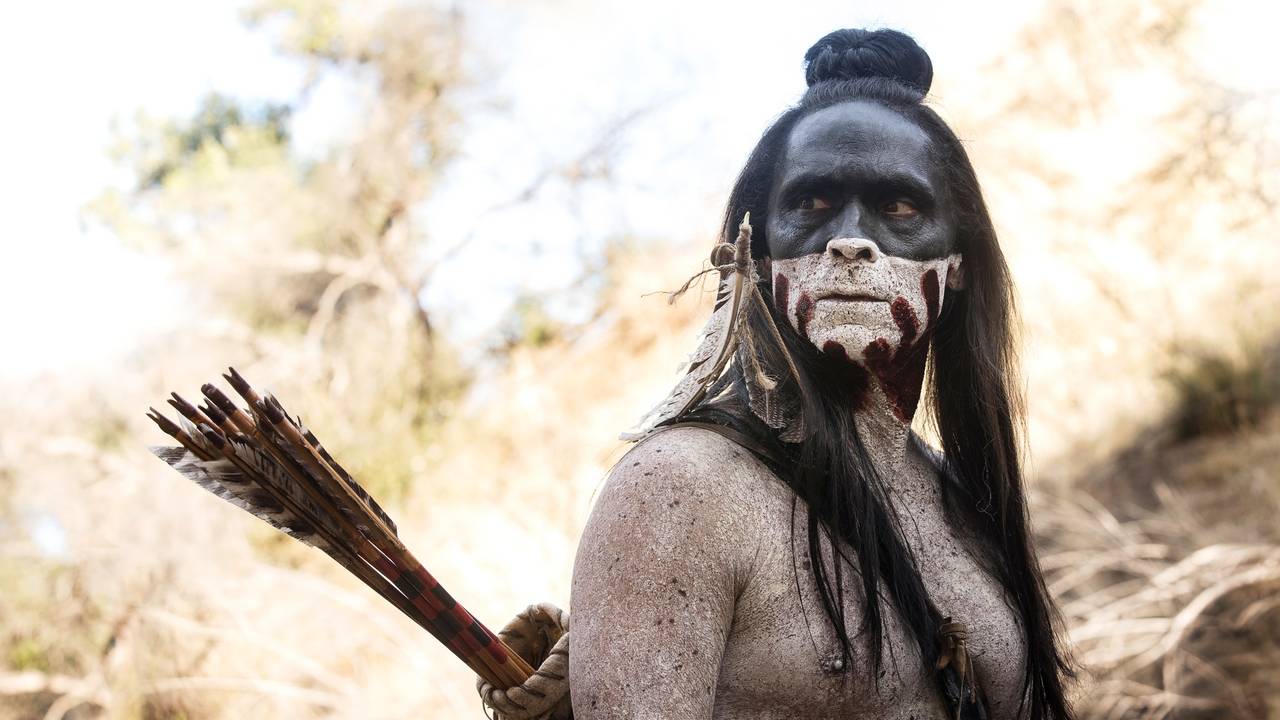 Season 2 is behind us and now the agonizing wait for Season 3 is well underway, but there is still plenty of Westworld to talk about! The 70th Primetime Emmy Awards are upon us and as expected, Westworld and Game of Thrones are leading the pack for HBO. While Best Drama Writing and Best Drama Directing are missing from the Westworld lineup (that may have something to do with Westworld submitting five episodes for directorial consideration), there’s still plenty of nominations to parse through.

Note: The Creative Arts Emmys are taking place over Saturday and Sunday, September 8th-9th. Unsurprisingly, Westworld has a slew of nominations in the technical and guest acting categories. Those categories, regardless of which ones Westworld wins or loses, will be covered in an upcoming post. Expect it to arrive at your fingertips as soon as Monday! 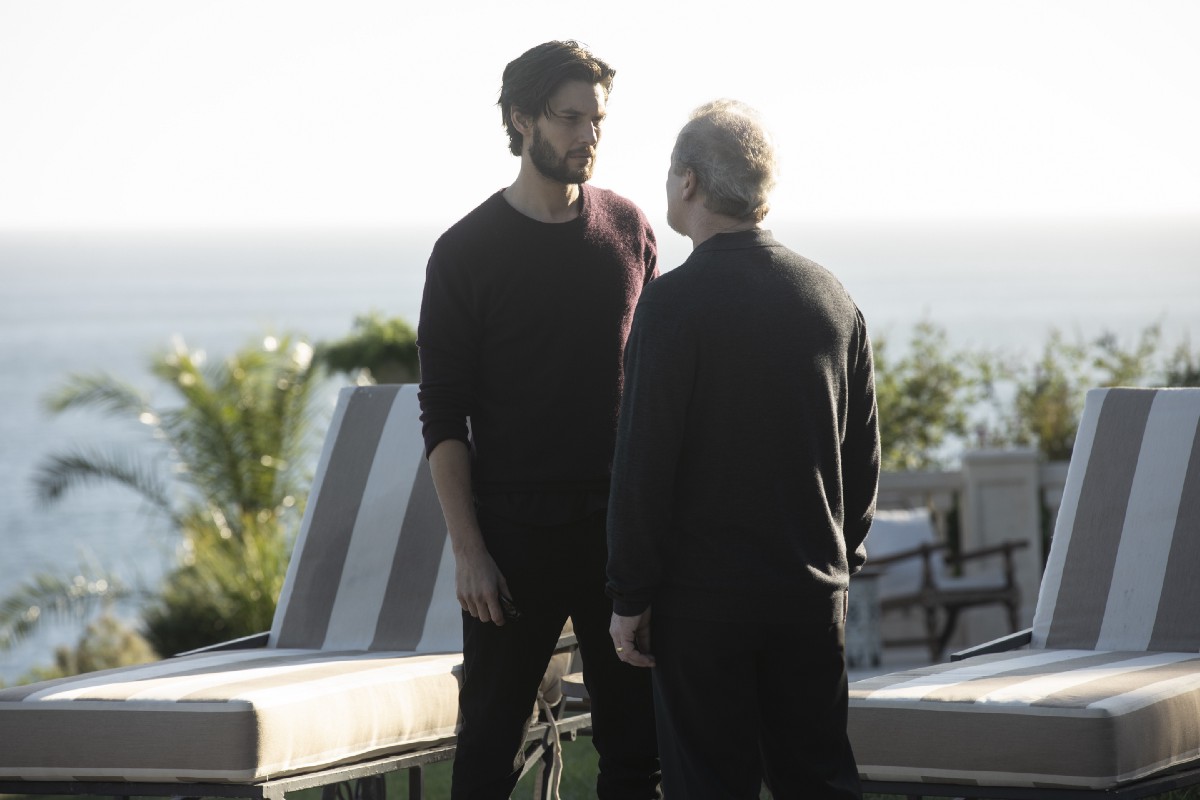 Dayum! What a lineup! Season 2 of Westworld has faced some criticism regarding its pacing and overtly complex plotting, but it nevertheless and rightfully so finds itself competing for the top drama prize in television. What are its chances against such heavyweights? Who is likely to win? Let’s discuss!

The critical FX darling found plenty of diehard lovers (yours truly amongst them) and its final season is arguably its finest yet. With a series finale whose buzz refuses to die, is it time for the not-as-widely-watched-as-it-should-have-been series to claim the top prize? I believe that the seminal espionage drama has some goodwill within the Academy for its incredible dramatic achievements but it is more likely to claim the Best Drama Writing prize.

With an uptick in nominations from its freshman season, it is clear that there is still plenty of love for Netflix’s ahem, crowning, drama. Peter Morgan’s royal drama may be better in its individual installments than as a whole, but it is a leading contender for this prize. Its best chance, however, may very well rest upon Claire Foy’s shoulders in the Best Drama Actress category.

The HBO juggernaut and Best Drama Emmy veteran, often touted as being the biggest show in television, is eligible for its seventh and penultimate season. Its pacing, especially in its penultimate episode of the season, received a fair share of heightened eyebrows. Its sheer ambition, spectacle, and dramatic heft, however, may very well be enough to carry it to the finish line for the third time.

Hulu’s awards breakthrough and a returning champ, The Handmaid’s Tale is dominating the acting categories and has returned in full force for this year’s Emmys. A second season not as lauded as the first and the sheer darkness may hurt it, but the message is sadly more potent than ever before. I see this show as being locked with Game of Thrones for the Best Drama trophy.

The Netflix genre favorite had a good second season run, even if one of its episodes split the Internet apart with fervent supporters and detractors alike. While it is unlikely to beat the trinity of heavyweights above, this nomination is a good indicator of its future chances. (P. S. Where is the Winona Ryder nomination?!)

The only broadcast representative in the Best Drama Series category, This Is Us has proved itself to be a favorite where so many other broadcast television contenders found themselves faltering. Its decreased nominations from the previous Emmys, however, do not provide a high level of confidence for its chances this year.

Ah, our favorite show about robots, riddles, and what it means to be a human! Securing its second nomination in this category, the HBO heavyweight secured an overall 21 nominations, second only to its network companion series Game of Thrones. Drama Series nominees without Writing and Directing nominations, however, do tend to not fare as well as their brethren so this might not be the year for Westworld. Why Lisa Joy’s direction in “The Riddle of the Sphinx” went unrewarded is outrageous, but maybe the show needs to become more selective about the quantity of its nominations and the narratives around them. Alas, don’t worry if Westworld is not triumphant this year, WestWatchers! Game of Thrones, after all, did not gain the golden trophy until its fifth season. 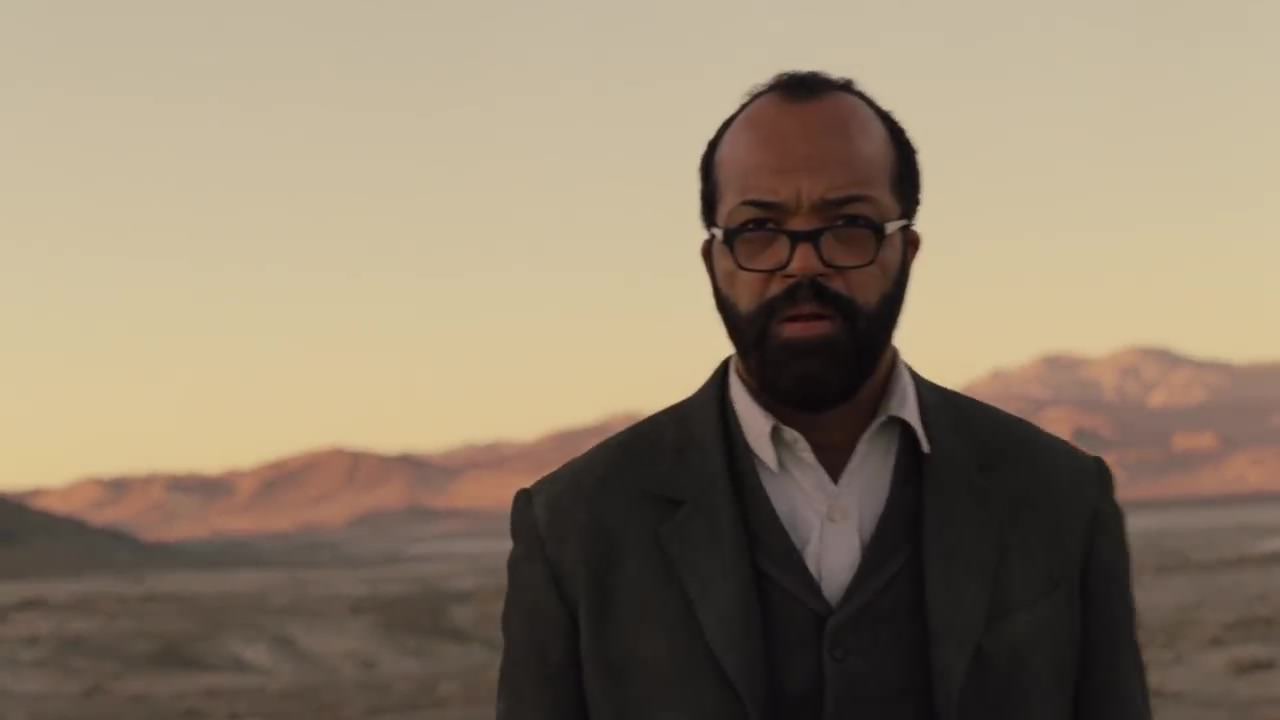 Lead Actor in a Drama Series

Sterling K. Brown, This Is Us

Milo Ventimiglia, This Is Us

In a competitive yet open category, the Best Lead Actor in a Drama Series is likely to be competitive between Matthew Rhys for The Americans, returning champion Sterling K. Brown for This Is Us, and Jeffrey Wright for Westworld. Jason Bateman may very well have shot himself in the foot with his inane behavior and commentary on NAME’s experience in Hollywood. Brown and Milo Ventimiglia may split the Academy vote. Rhys could garner one and a well-fought one at that, if Wright and Ed Harris (who arguably is far less sympathetic in the series) fall prey to the vote splitting themselves. 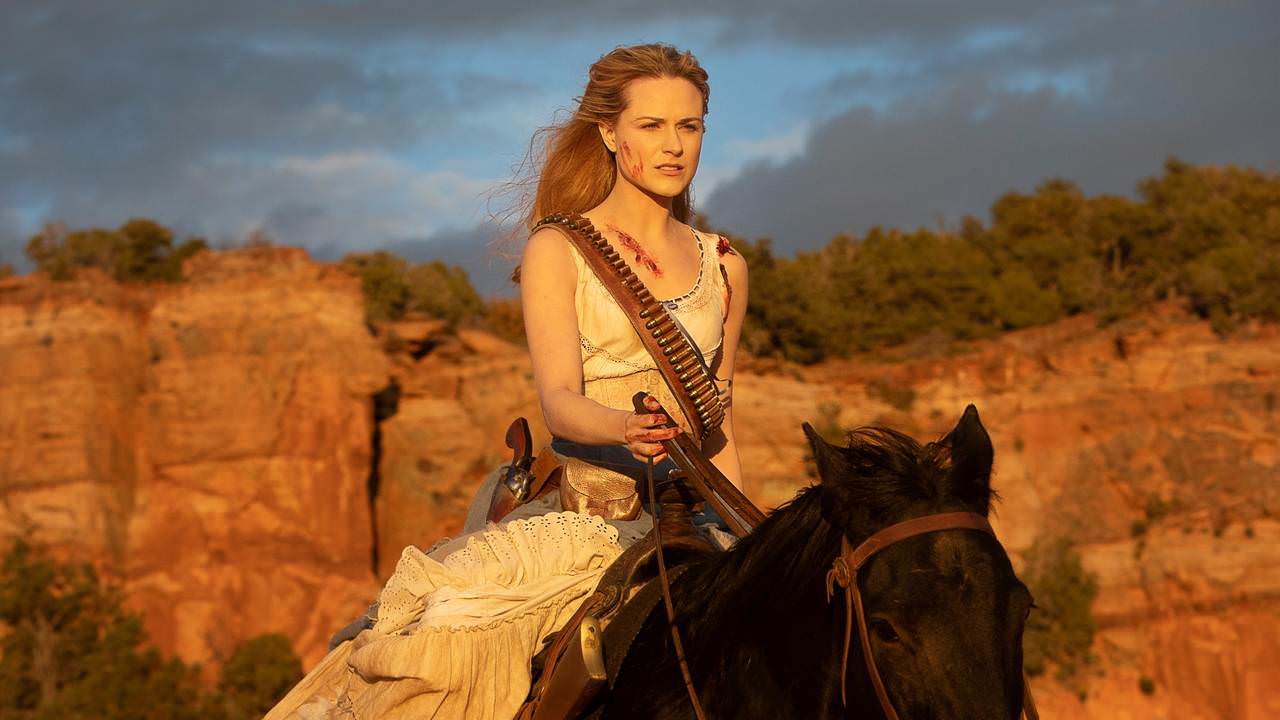 Lead Actress in a Drama Series

This category is absolutely wild this year. Sandra Oh made history as the first Asian American actress to be nominated for Best Lead Actress in a Drama Series for the freshman knockout Killing Eve. Tatiana Maslany, a former winner, garnered a farewell nomination for playing roughly about a dozen different characters. Keri Russell lands a deserved nomination for her steely-eyed Elizabeth Jennings in The Americans and she may receive the goodwill of the farewell vote herself. Claire Foy might win for bearing the burden of the crown while returning champion Elisabeth Moss could carry the further goodwill for The Handmaid’s Tale across the finish line once more. Evan Rachel Wood’s Dolores Abernathy had quite the journey to undergo this season as she searched for the Valley Beyond but I would place her odds at winning to be more likely in a future year. 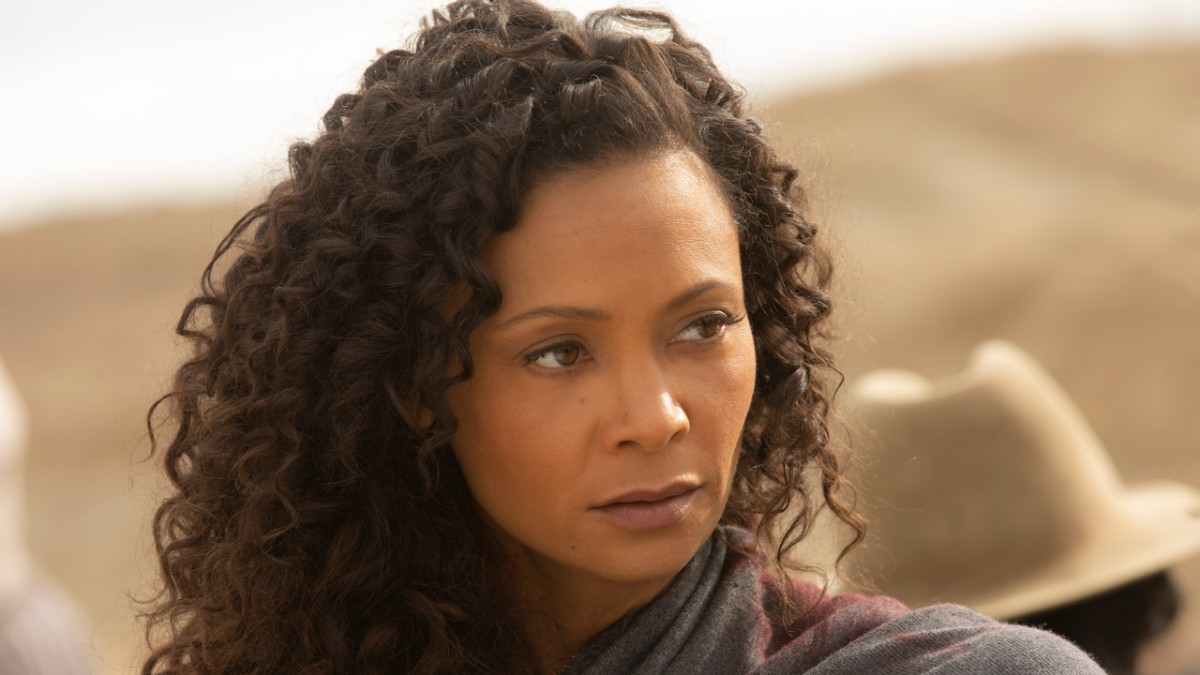 Supporting Actress in a Drama Series

In a category dominated by The Handmaid’s Tale, vote splitting becomes a major concern, although Yvonne Strahovski is the most likely beneficiary of her much expanded role in season two of the Hulu juggernaut. Millie Bobby Brown holding her own against such heavyweights is incredibly impressive and it is great to see Vanessa Kirby’s sumptuous Princess Margaret receive some proper recognition. Lena Headey, on her fourth nomination for her stunning performance on Game of Thrones, is, along with Strahovski, the biggest contender for this prize and the greatest competition to Thandie Newton’s chances this year. Newton is arguably the beating heart of Westworld and often provides the show with a pure dosage of heart whose power is unstoppable. She is due, if not this year, then definitely in the near future.

What are your thoughts and opinions about who will and should win? Feel free to comment below and stay tuned for our Creative Arts Emmy recap!

One response to “The Emmys Are Upon Us: Westworld Nominations”